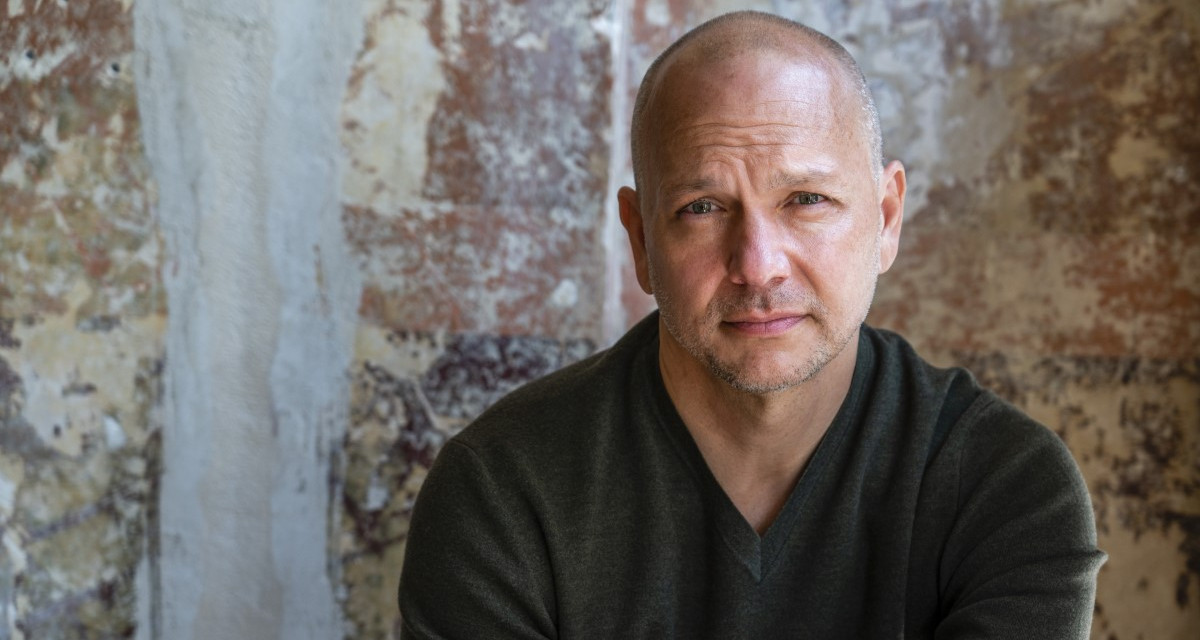 Tony Fadell is firing on all cylinders when we meet at Apricity, the sustainable, mostly plant-based, zero-waste restaurant in Duke Street.

His new book Build: An Unorthodox Guide To Making Things Worth Making has just made The New York Times Bestseller list.

For those of you who don’t know, Tony spent the first 10 years of his career in Silicon Valley [“failing spectacularly”] and the next 20 years building some of the most impactful devices in history – the iPod, the iPhone and the Nest Learning Thermostat, which he sold to Google in 2014 for a cool $3.2 billion.

Now, he is putting climate change and other “existential problems” front and centre as the principal at Future Shape, an investment and advisory firm that coaches technology startups, many of which are climate or environment-focused.

Tony has given few interviews but is on a whirlwind tour to promote the book, the proceeds of which will go towards investing in climate solution businesses.

Having come through his own failures, he now wants to share all the lessons he’s learned about leadership, design, startups, mentorship, decision making, all the screw-ups and successes with others, hence he decided to write a book.

“Besides all the hard work and all that stuff, there were people, starting with my grandfather, who helped me find my way, even through all the failures, to pick up the pieces and move on. But most of  the people who helped me along the road have died.

“So, I was like, ‘oh, now it’s my turn to be a mentor’. And it was to honour those mentors, to give back and, hopefully, see another set of people who go even further than my mentors did, or I have.

“Because the world needs it, especially for climate change and health.”

Tony – encouraged by his grandfather – started “building stuff” as a kid growing up in Michigan. “I thought, ‘yeah, that’s what you do’, and I just kept doing it. Even when I was bullied as the geek in school, I just kept my head down doing the things I liked to do – and damn everything else. Even if I wasn’t accepted into their cliques. I thought, ‘that’s fine’. And now I’ve come out the other end.”

Little did he know then that he would eventually join Apple as a consultant (in 2001) and, in the ensuing years, help create the iPhone as staff engineer under Steve Jobs.

One of the most enlightening and amusing chapters in the book is on the subject of “Assholes”.

Tony explains: “It’s the label people put on you. There’s a general set of people in the world who just mess with the status quo. Some do it for the ego and some do it for a real reason. But they’re generally labelled assholes. But you’ve got to really look behind the scenes and figure out what their motivations are.”

He describes Jobs as a “mission-driven asshole”. “That was all about the details – getting it right for the customer. It wasn’t directly about his ego – maybe indirectly. Of course, we all have an ego, but it was about whether the right decisions were being made.

“A lot of times he made the wrong decisions. But we kept going and then ultimately found the right way, but to have that attention to detail, then push people when you know they can do better.

“I use the analogy of having kids. Remember how you had to make them do things they didn’t like to do, but you knew they needed to do them? And they hated you and were cursing at you and  probably called you an asshole too. But you were mission driven to raise those kids.

“But at some point, your kids will probably come back and say, ‘thank you’! And that’s what I get with the teams that work with me when I’ve really pushed them. Maybe five, 10, 15 years later, they come back and go, ‘thank you! I hated it but you saw something – you pushed me further than I thought I could be pushed’.

“So all of us can be a mission-driven asshole. It’s trying to make our next generation. A lot of us, for better or for worse, try our hardest and sometimes that’s in vain.

I ask what Jobs was like to work with. Was he annoying? “Of course. We fought all the time! And then he would relent at some point. But it wasn’t always that way. I didn’t win everything and he didn’t always win everything. But you have to have that creative conflict to make something great.”

And the biggest lesson he learnt from him? “I think the customer journey – really understanding what it means to be special beyond that one product and giving them that full uniform experience.”

However, Tony isn’t one to dwell on the past – he is very much focused on the future and says he is “cautiously optimistic”. “We’ve got to fix the planet. That’s where the opportunity is.”

Just don’t get him started on the metaverse, which he calls “virtual insanity”, citing the lack of human connection, the toxicity that is already happening out there and the fact that there are more important issues to solve such as the climate crisis.

“There are great technologies out there for augmented reality and virtual reality, but socialising in the metaverse? Like, come on, really? That’s not going to bring us together.”

Tony was an early investor in Impossible Foods, the plant-based meat substitute company and lab-grown diamond company Diamond Foundry. “All this kind of stuff that I think is better for business, better for the planet, better for all of us.”

Having been through many ups and downs in his career, what advice would he give to others just starting out? “Keep going! Failure is only failure if you stop. You can keep learning from it and move on. And follow your curiosity and help – it all comes back in a big way. So don’t be afraid of being outside the system, being the geek, being the oddball, if you’re doing it for the right reasons.”

Looking back, what is he most proud of? “I’m most proud of taking risks and not playing it safe – and helping people, whether that’s my family, my teams or through a mentorship role.

“I’m an atheist, but I believe that your soul is what you leave in others. That’s what lives on. And if you leave little bits of you and valuable lessons with people, then that’s what they remember. Not some tombstone or some place or wherever.”

Build: An Unorthodox Guide To Making Things Worth Making (Bantam Press) is out now.
tonyfadell.com