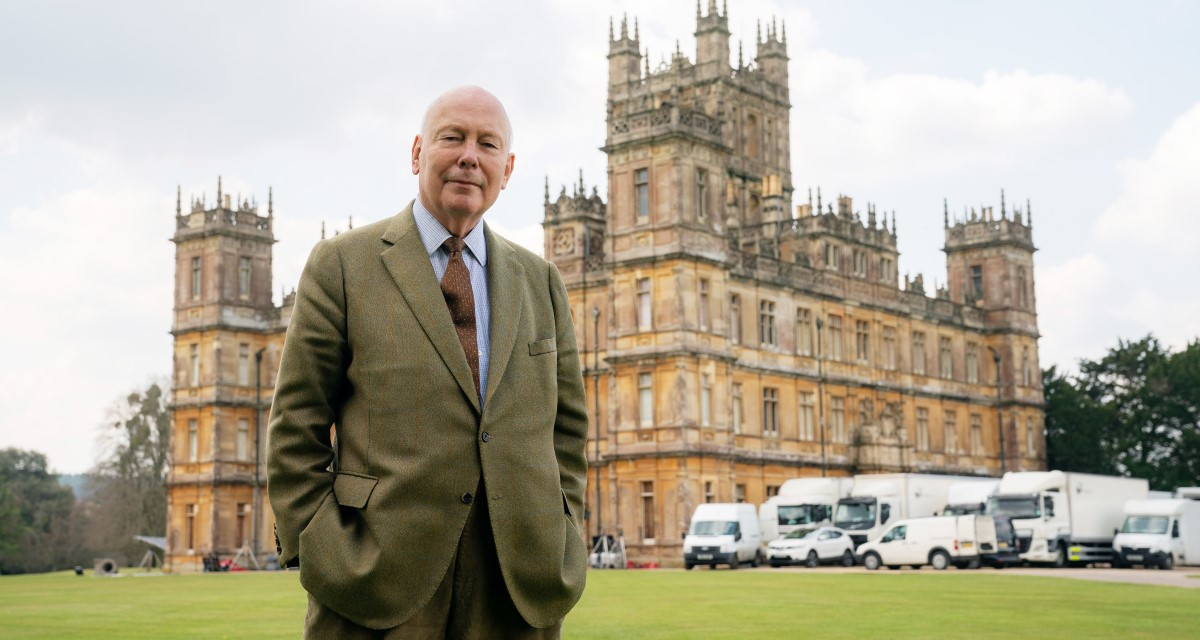 The new Downtown Abbey film sees the Crawleys swap England for the sunny south of France. Julian Fellowes tells us about the much-anticipated movie

With a global fanbase of Downton Abbey devotees, and mantelpieces in Belgravia and Dorset groaning happily under the weight of Emmys, Baftas and of course, the Academy Award that heralded his arrival onto the world stage as screen writer for Gosford Park with such a bang, Julian Fellowes still marvels at the strangeness of it all.

His second Downton Abbey film is eagerly anticipated worldwide, hot on the heels of his TV series, The Gilded Age. Over the past decade-plus of delighting audiences with six series of Downton and other dramas including Belgravia, actor-turned-master storyteller, Lord Fellowes of West Stafford certainly has an unparalleled knack for weaving tales from scullery to turret in period dramas.

With the devilled kidney in the detail, each drama is underpinned by the Fellowes USP – a redoubtable roast beef and family silver insight into a vanished age.  Now 72, and ever the epitome of genteel bonhomie, Julian counts his blessings as he reminisces about cutlery and his fascination with social and domestic history.

“I was very fortunate, when I was a very small boy and I started to be aware that there was a civilisation that had sort of dwindled, but my great aunts were all still alive. They’d lived it and I used to go off and talk to them. I always remember I said to one of my oldest great aunts ‘why are all these teaspoons a different shape?’. She said ‘because they are not all teaspoons, they are egg spoons and melon spoons and this spoons and that spoons’. The strangeness of that, the preciseness of this other way of living that had all these different implements and rules and costumes and everything sort of came in on me then.

“I would sometimes stay in houses with my parents where this different life had been lived, but where the kitchen now was full of bicycles and things for the fete, and everyone had left. I remember going through servants’ passages where the rooms would have iron bed steads and nothing else. Nobody there and nobody had bothered to redecorate them as spare rooms; they were just part of a way of life that had left in a hurry.”

Fate played a cool hand when Bob Bannerman recommended Julian to Robert Altman for Gosford Park. Initially, Julian only started script writing when he was trying his luck at producing a BBC children’s drama, and lack of funds for a rewrite prompted him to step in. He was busy acting in BBC series Monarch of the Glen when he got the call.

“They couldn’t find the writer. And eventually Bob said ‘well, there’s this guy, you won’t have heard of him, he’s never had a film made, but this is his sort of territory.’

“I wrote a first draft, not believing it would get made because that seemed too unlikely, and Bob Altman said to me later that he didn’t believe it either until he read the first draft, and thought ‘oh wait a minute’. Eventually it got made, and I won the Oscar and everything was different, it all changed.

“I was on the scene with Altman, and all the time you’re worried ‘oh that suitcase shouldn’t be on that staircase, that shouldn’t be in the dining room’, you know, so for that time I rather lost touch with the enormity of what was happening, which was that I was a first time writer, I had a cast that consisted of practically every famous actor in British film and theatre and a very famous worldwide known director. I sort of lost the strangeness of it, then that rather came back when we’d finished it. I flew to New York for a cut, and suddenly it was extraordinary because I could see that the film had worked, it had come off… that was when the extraordinariness of the whole story struck me really.” 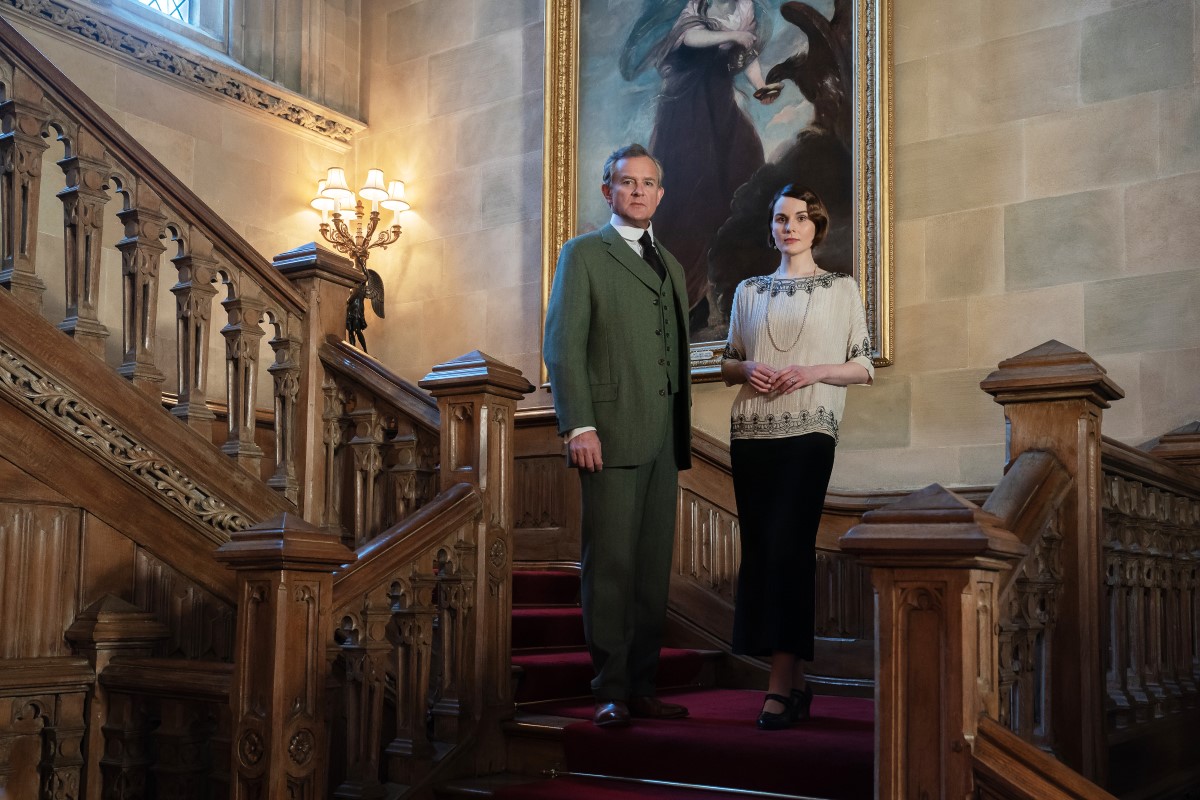 A mid-life career change to script writing has been enabled by Julian’s industrious approach, he has always written in some form. (Belgravia was adapted from his original novel). It’s clear his experience as an actor pays dividends in his screenwriting too, but it’s all a far cry from the career in the Foreign Office that his father – a diplomat and Arabist, had in mind.

Married to Emma Kitchener – great grandniece of the First World War general –  he became a Conservative life peer in 2011 and was vocal about male-preference primogeniture in the aristocracy that meant the Kitchener title was lost. The family changed their name to Kitchener-Fellowes, to preserve the Kitchener name through film-producer son Peregrine.

Such issues amid the rigour and stricture of great house life are regularly explored in Downton and the second feature film sees the Crawleys in the South of France.

“It’s fun to see them travel a bit. We’ve seen them in London and in Scotland, but of course even in the second film Downton remains a major character, the house is always a major character in the story and quite deliberately so. They are all to a certain extent, serving the continuation of Crawley rule at Downton… if they have stayed on it is because the family has a commitment to keeping it going and they are prepared to make a degree of sacrifice of their personal whims in order to keep the show on the road.

“I think that is always the subject of a Downton story, that they sometimes have  to do things they don’t terribly want to do because they want to keep it going, but anyway it seemed fun to let them go off to the South of France.

“I think they enjoyed it and it’s certainly a feel-good film. Some people use that to disparage things, but I don’t find it disparaging, I think feeling good is what we’re all just about ready for at the moment after what we’ve all been through.”

Despite his success, Julian insists he takes nothing for granted. “It’s not all charmed – you have to take the punches too. I’ve had things that I thought would do better than they did and other things that did rather better than I expected.

“I think I have been very fortunate actually; I don’t disagree with that. I think I’ve been very lucky, and I think there are lots of people out there who are much more talented than I am, who never get those breaks, who never get the chance to show what they can do and my heart’s with them actually.”

Downton Abbey: A New Era is in cinemas on April 29.