A lady and a lobbyist

Historian and author Lady Antonia Fraser on her latest book, her life-long love of Mayfair and her marriage to the legendary playwright Harold Pinter 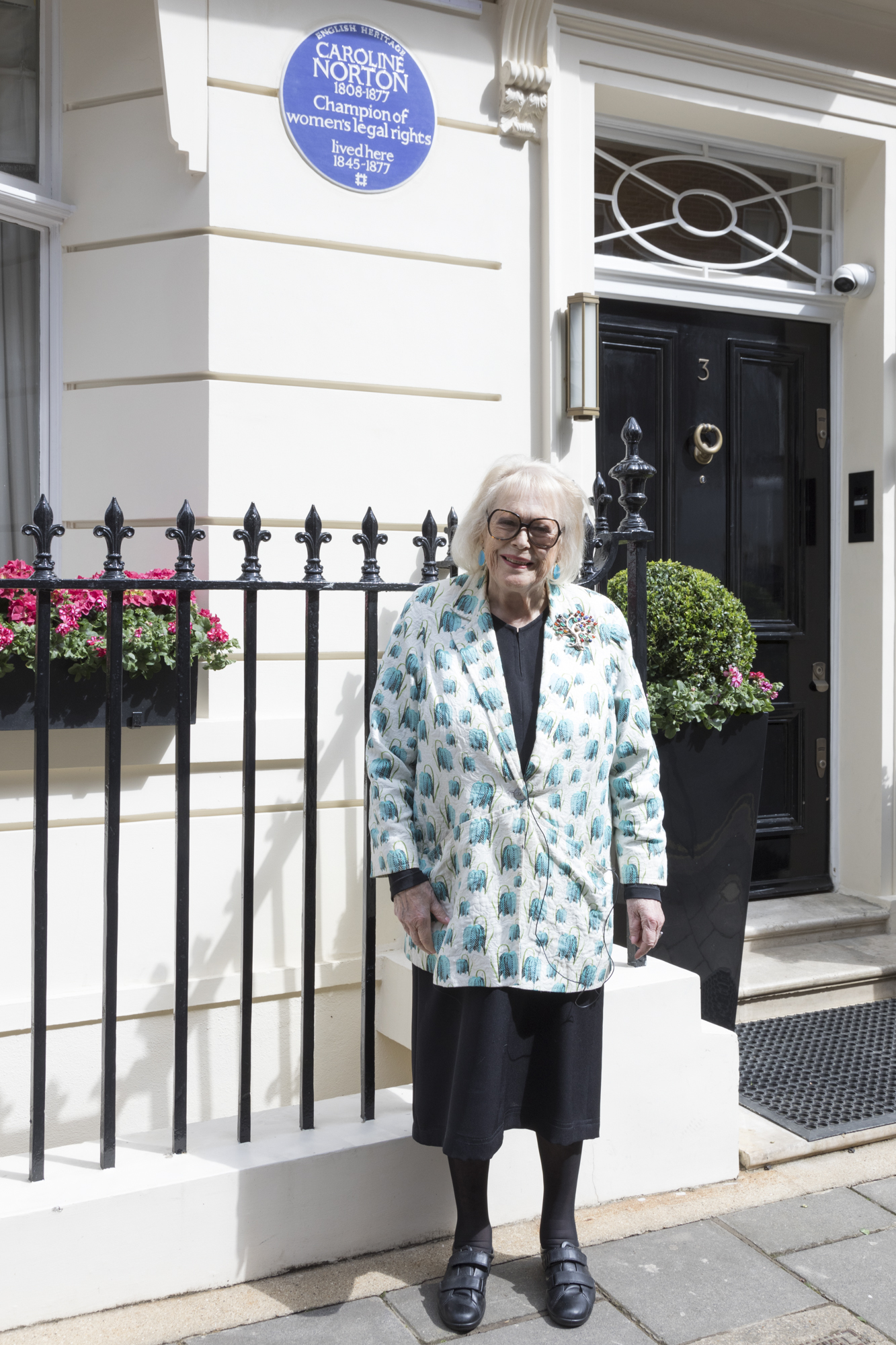 While Lady Antonia Fraser didn’t exactly welcome lockdown, she says that the timing of it – in some ways – proved rather fortuitous for her latest book. “I benefited from it,” she says. “I had just finished research and I needed the time to write. Beware of what you wish for!”

We are sitting adjacent to one another in the drawing room of the author’s eight-bedroom house in Notting Hill, which she bought in 1959 for £18,000. It’s full of mementos and the coffee table in front of us has considerable piles of books.

“When it was 60 years I planted a tree in the back garden and put on a little plaque,” she says, as a maid enters with a pot of tea and a dainty plate of biscuits. “Well, I like history.”

This, of course, is something of an understatement. The 88-year-old is part of the London literati and a renowned historical writer and biographer. She published her first book, Mary Queen of Scots, in 1969 – a bestseller – and hasn’t look back since “It was absolutely extraordinary,” she says. “Nobody expected it; my publisher cut the print order a week before it came out.”

Did her life change considerably? “Yes, because I had money,” she says. “I had never had any money at all. I didn’t inherit any, my parents had no money. My father [Lord Longford, a Labour politician and advocate for prison reform] was the second son, he had the money he earned as a don.”

She has written 29 books since, including biographies of Charles II and Marie Antoinette, a series of detective fiction and a memoir of her relationship with her very famous second husband, playwright Harold Pinter. The couple were together for 33 years until his death from cancer in 2008.

Her latest work, her 30th, is a biography of Caroline Norton titled, The Case of the Married Woman. Norton was a poet, pamphleteer and 19th century champion of women’s rights whose lobbying led to infant custody rights for mothers (descried as the first piece of feminist legislation) and property rights for married women.

By happy coincidence, English Heritage – as part of a “Plaques for Women” initiative to address the historic gender imbalance in the Blue Plaque scheme – asked Lady Antonia to unveil a famous blue roundel to Norton at 3 Chesterfield Street, the Mayfair townhouse where Norton lived for 30 years. 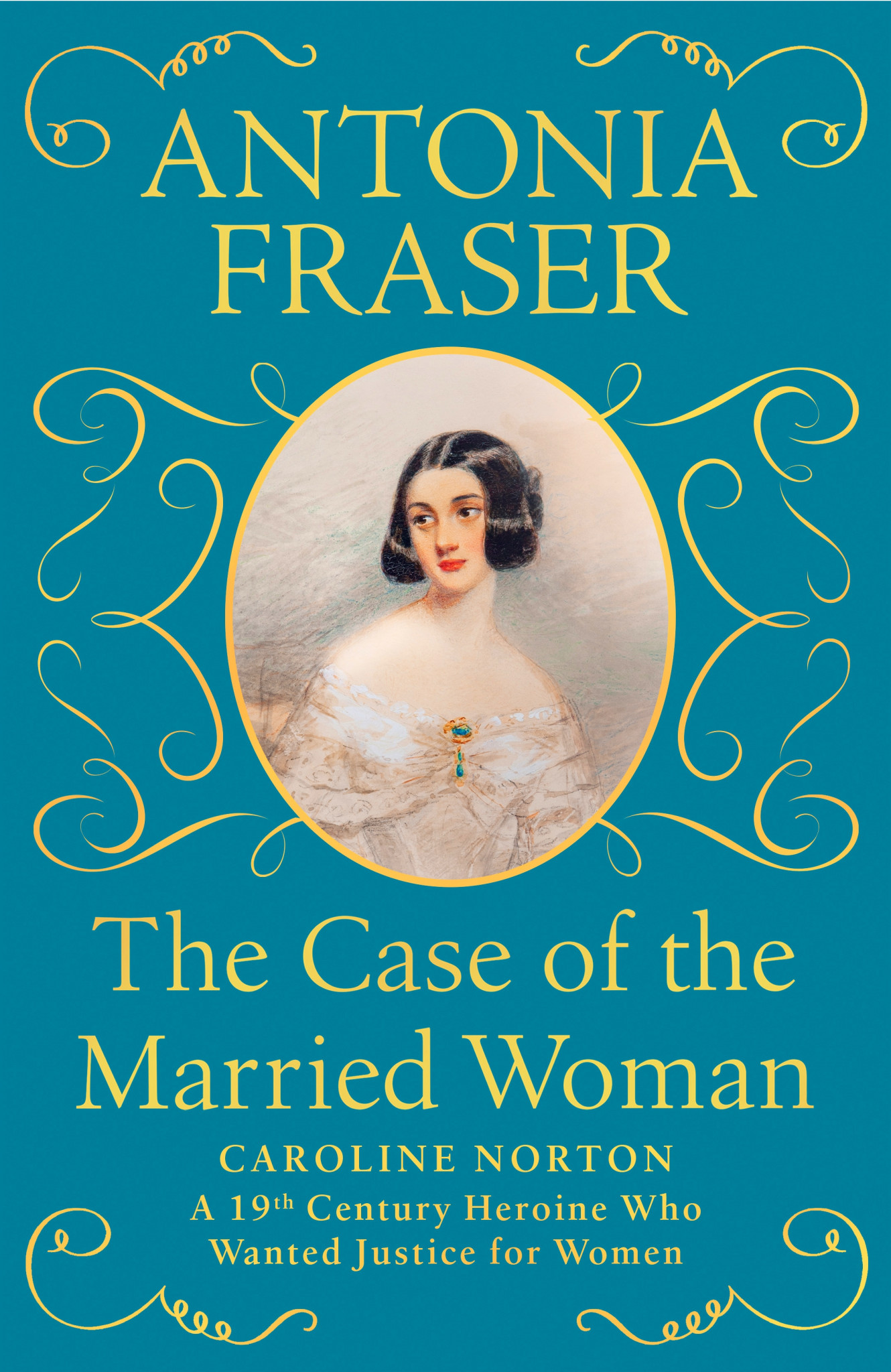 I imagine the mother-of-six approves of their desire to redress the gender balance? “Very much so,” she says. “One thing I don’t support and they don’t do it as far as I know, is destruction. I believe history is about construction and revelation and research. Much better to explain.”

A Catholic, she attends Farm Street church in Mount Street weekly – “it was an easy journey on Sunday for me to go via Chesterfield Street” – and is a lifelong fan of Mayfair. “It’s where everything went on really. It’s the centre and it’s not only elegant, but fun.”

Among her favourite places is The Wolseley – “I’ve been there since the very beginning and I love it” – and The Connaught hotel. “My father, after mass, used to take me to breakfast. In fact, one of my lowest moments during lockdown was when church reopened and I came out and crossed over to The Connaught and the doors were shut.”

“It’s where everything went on really. It’s the centre and it’s not only elegant, but fun!”

Norton moved to Chesterfield Street in 1845, following the separation from her abusive husband George in one of the most publicised cases in 19th-century Britain. In 1836, George sensationally – and unsuccessfully – sued the Prime Minister, Lord Melbourne, for adultery with his wife. “Despite the court verdict of innocence, since a married woman had no legal rights, he was then able to exclude Caroline from their home and prevent access to her three young children and benefit from her earnings as a writer,” says Lady Antonia.

The question of whether adultery did take place remains unanswered. “My file on the subject was ‘did they or didn’t they?’ I have to say that of the many, many people to whom I’ve asked the same question – readers, friends, interviewers – on the whole men say ‘yes’ and on the whole, women say ‘no’. I think deep petting, not but going the whole way. I think I leave it open to readers, as I should. There can’t be absolute certainty.”

Nevertheless, it was a national scandal and having been central in something of her own – having embarked on a secret affair with Pinter in the 70s – I suggest that there are certain parallels. “I see why you’re asking the question, but you see it was so absolutely different. My first husband, a great gentleman, when clearly the marriage didn’t work, he gave me a divorce. The idea that I was parted from my children for five minutes… it was completely different, but it didn’t mean that I couldn’t imagine the horror.”

For her own part, Lady Antonia enjoyed 27 years of happy marriage to Pinter and I wonder what life was like as two highly successful writers living under one (very sizeable) roof. “You couldn’t have two more different writers and the one thing we never could have had is competition. He was – and this a quote from The Times – arguably the most famous living British playwright and Harold always added ‘and lots of people are arguing about it’. I was a well-known biographer and so neither of us had anything to prove.

“Two writers living together, it was very good. He bought a house for the bottom of the garden, we called it the ‘super study’ and I worked at the top of the house and we met for lunch. Harold wrote when inspiration came to it and I had to have, having six children, such a strong discipline. We were totally different; we were Jack Sprat and his wife. I wrote early and he wrote late.”

Did they critique each other’s work? “I didn’t critique his work. He would read it to me. He would stand there [she points to a space in the drawing room] and enact a new play. He said he knew no history, but he was a very good critic. It’s good to have someone with an extraordinary sense of the English language; I tend to fall in love with words and use them six times and Harold would spot it.”

Now she writes at the top of the house, in what was the children’s nursery. “It has a lovely view. Whatever the weather, I work with the window open.” Pinter’s passing is, quite naturally, still keenly felt. “I’m very aware that when I finish a chapter and bounce downstairs, there is no one,” she says.

While she won’t discuss future work (as a rule), does Lady Antonia ever imagine stopping?

“It’s a very good question,” she says cheerily. “Only two things will stop me; one is death and the one is dementia. I shan’t notice dementia, so I’ll keep on writing, so that leaves death. Next question…”

Antonia Fraser, The Case of the Married Woman, published by Weidenfeld and Nicolson, is out now. 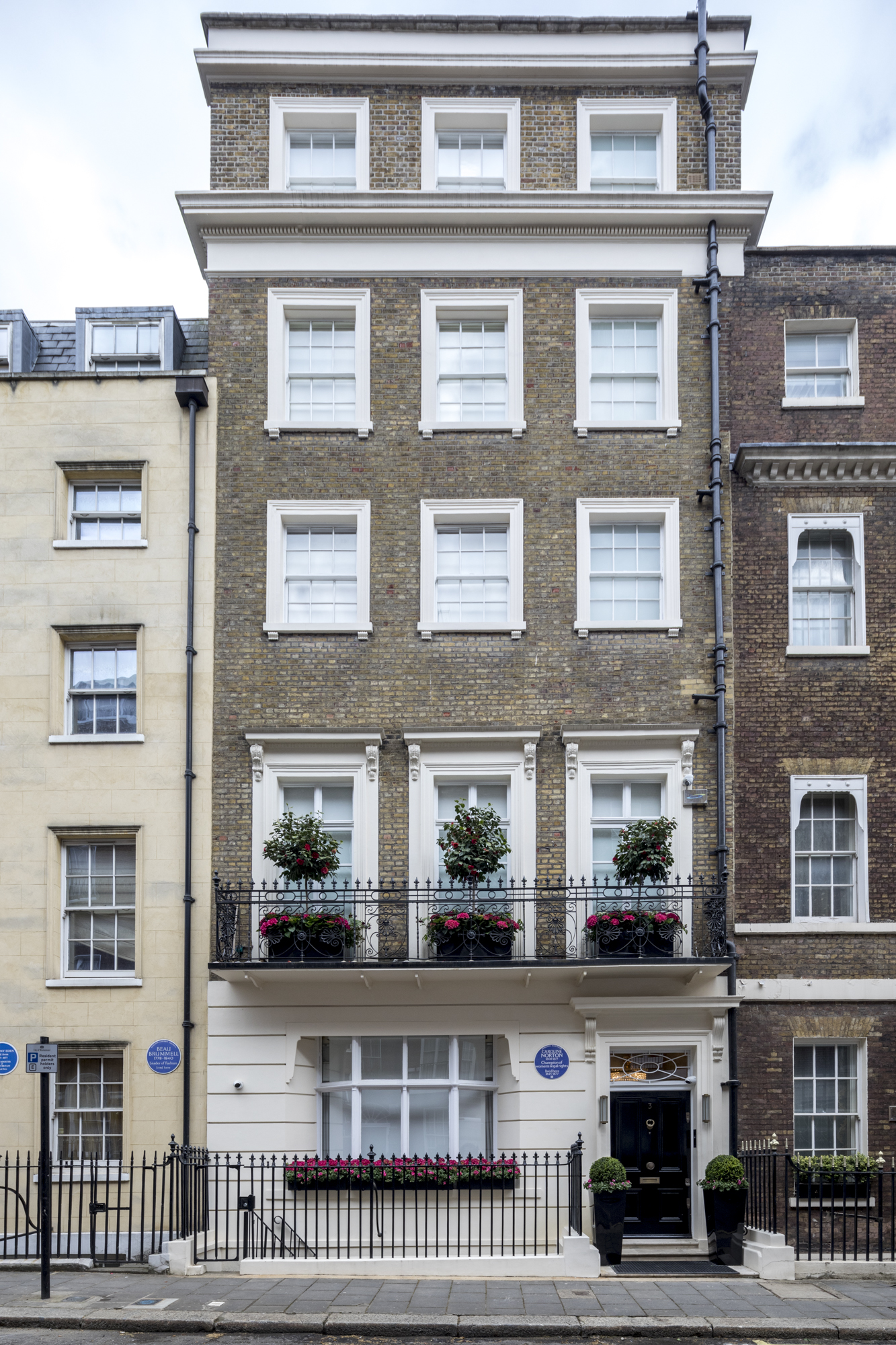