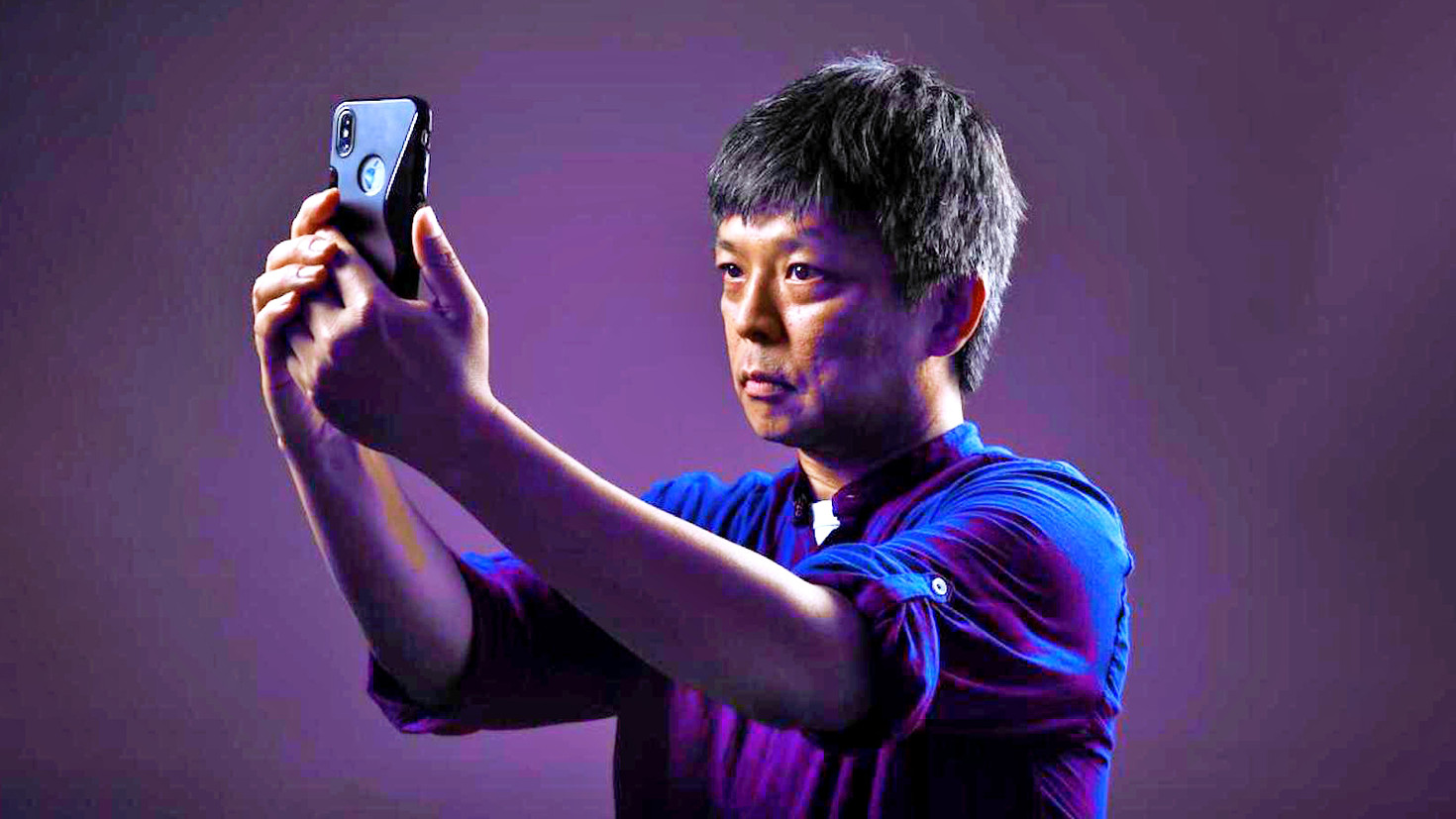 Urbane and self-effacing – this is the first impression of the Japanese multimedia artist and filmmaker Yusuke Akamatsu. In fact, he is the true citizen of the world: throughout his career he resided in the South Korea, Hong Kong, Singapore, Taiwan, Thailand, Vietnam, and the USA. Having lived and worked for a long time in Paris, he is now enjoying his life in the heart of Mayfair.

This year, Yusuke is looking very much forward to his debut at the Photo London Art Fair, which is taking place between September 9-12 at the Somerset House, Strand. There, he is represented by Shtager Gallery featuring three of his most recent photocollages – Assimilation, Definition and Principle, and Division – all of them inspired by Akamatsu’s stays in Paris, London and Tokyo as the pandemic was raging on.

Yusuke Akamatsu is well-known in international film-making circles; he is a respected film industry professional, who has worked as a screenwriter and producer (some of his filmography is listed on IMDb) since the age of 19. In 2019, Akamatsu presented his project at the 72 Cannes International Film Festival.

Having lost his parents early, he was brought up by the film industry professionals. As he recollects, “By decree of fate, I found myself in this professional milieu quite early. I worked on TV, on the radio, then collaborated with a magazine. I also tried my hand as a screenwriter for comedy productions. There, I learned to &quot;learn by observation&quot; (which is the main method practiced by old Japanese schools), when nobody teaches you verbally. It is believed that one can work independently only after one has learnt to observe people and analyse their emotions.” Akamatsu’s art-house cinematography stood under the influence of legendary David Lynch; Lars von Trier, to whom he owes the sense of composition and processing style; and Wong Kar-wai. He then started experimenting by fusing film and photography: since 2017, he has worked in techniques of collage, assemblage, and montage, blending different mediums and disciplines to produce unique poetic artworks, exploring the complexity of human existence. His prior work taught him to combine two seemingly incompatible methods: an intense, spur-of-the-moment attitude and a contemplative, meticulous gaze that penetrates the essence of the observed phenomena.

Akamatsu’s art-house cinematography stood under the influence of legendary David Lynch; Lars von Trier, to whom he owes the sense of composition and processing style; and Wong Kar-wai. He then started experimenting by fusing film and photography: since 2017, he has worked in techniques of collage, assemblage, and montage, blending different mediums and disciplines to produce unique poetic artworks, exploring the complexity of human existence. His prior work taught him to combine two methods: an intense, spur-of-the-moment attitude and a contemplative, meticulous gaze that penetrates the essence of the observed phenomena.

He also pioneered a new method of drawing with fingers as brushes on the screen of his iPhone. “I
jokingly call it ‘my lungs’, for I breathe the ‘objects’ and my ‘inspiration’ into it and breathe out ready
works”, adds Akamatsu. 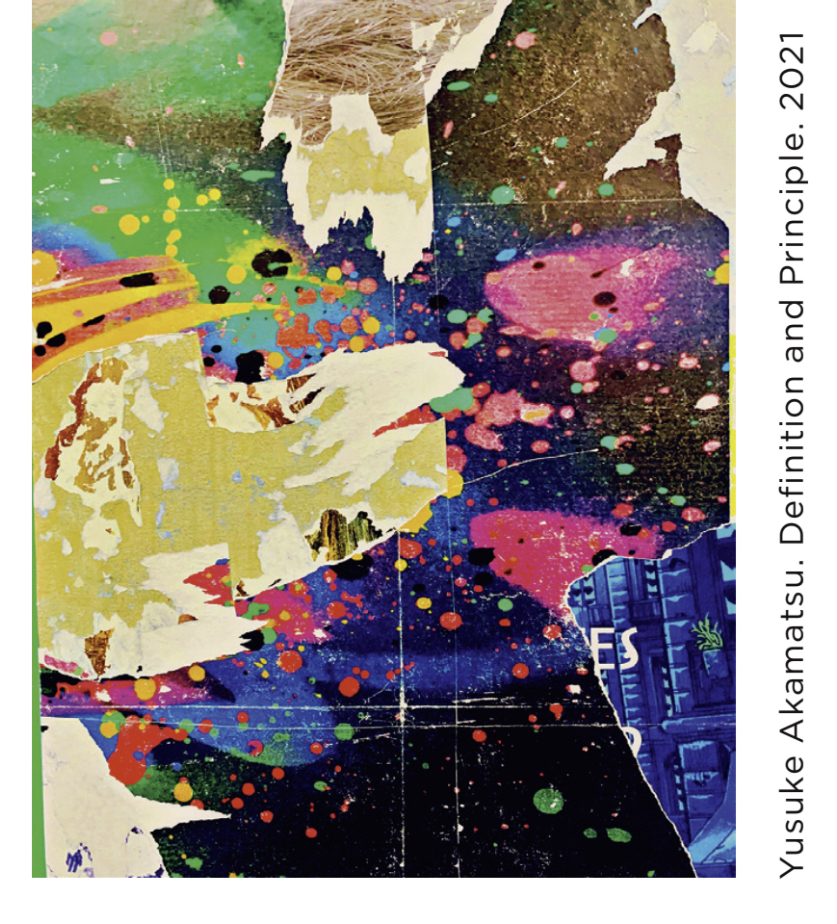 “It is one of my organs, but it is me myself who makes it animate,” explains he further. While speaking about his practice he concludes: “For me, as a person who does not speak foreign languages, the iPhone is the only way to understand a language”. And yet, being a multimedia artist, he has no illusions about the dark side of technology and the way it can enslave us: “I am against the world where human selection is carried out by means of the data stored on a device the size of a smartphone.”

The main leitmotif of his works is “the decline of humanity”, or “human dryness”. In this case, his dilapidated graffiti-like city landscapes are collections of artefacts of the postmodern city, the perfect ‘city archaeology.’ These images, which could be a perfect setting for his horror films, apparently, act as projections of a human soul, empty of values and goals.

In the context of the global pandemic, they appear as archaic and futuristic at the same time. Akamatsu explains his method: “A certain “vibration” or even a “scream” are always present in my works. I would say, they are tantamount to a subconscious scream of a person. “Intolerance”, “greed”, “envy” and “thirst” seem to seep through them. I extract these invisible elements from the surface of the river, the cracks in the wall, advertisements, vague contours of human faces.Formally, my works consist of colour and typographic experiments, but the most important thing about them is the inspiration that the viewers derive while communicating with these works; they find something important for themselves there. In this sense, digital art and the art of the pre-digital era are no different. However, I believe that my works tell the viewer that the world has drastically changed.” 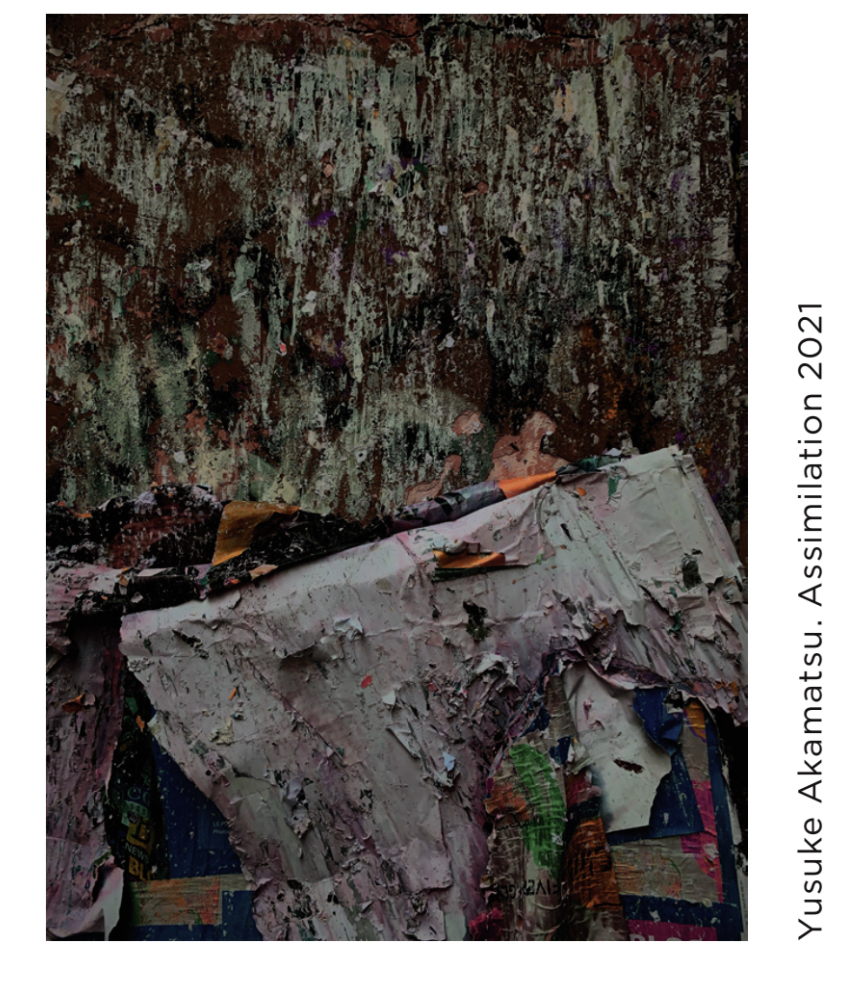