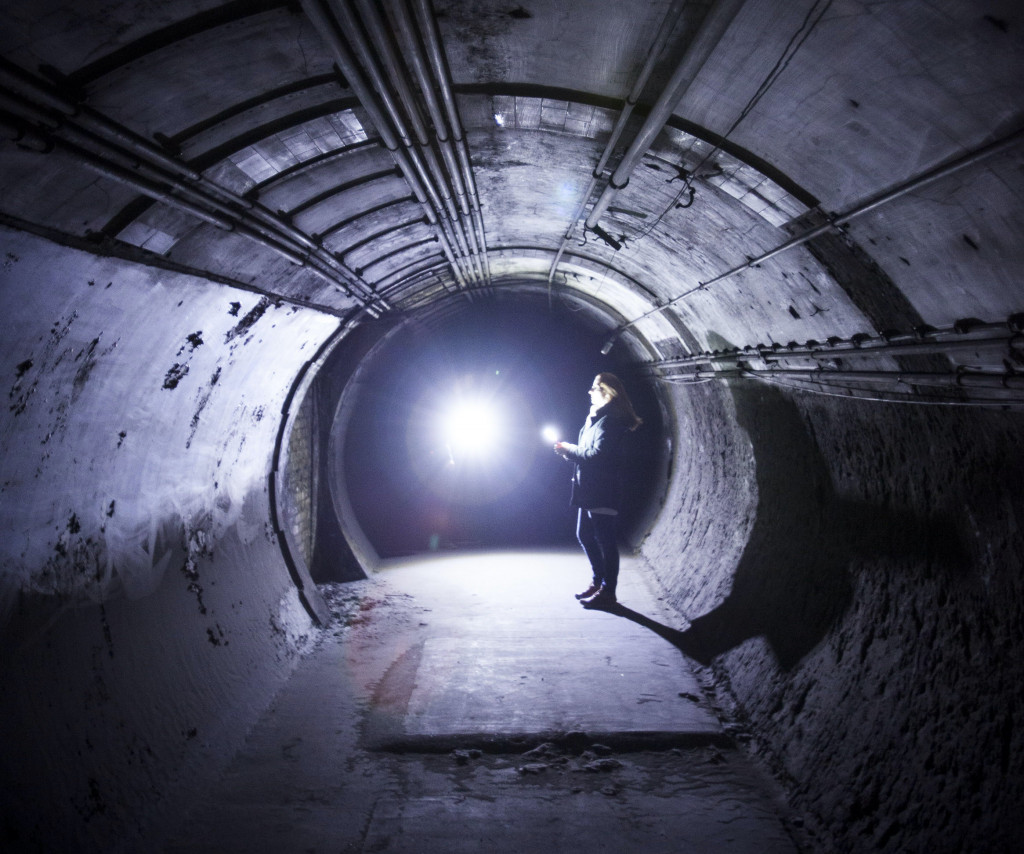 Mayfair and St James’s have some fascinating stories to tell – so why not get off the beaten track and explore some of these hidden gems?

Such is the history of this abandoned tube station in Mayfair’s Down Street that it’s now part of Transport for London’s ‘hidden tours’. It’s a chance to explore the labyrinth of narrow tunnels where wartime PM Winston Churchill secretly took refuge at the height of the Blitz.

A working station from 1907 to 1932, it was covertly transformed into the Railway Executive Committee’s bomb-proof headquarters. Tours are currently paused due to the pandemic, but hope to resume in the near future. 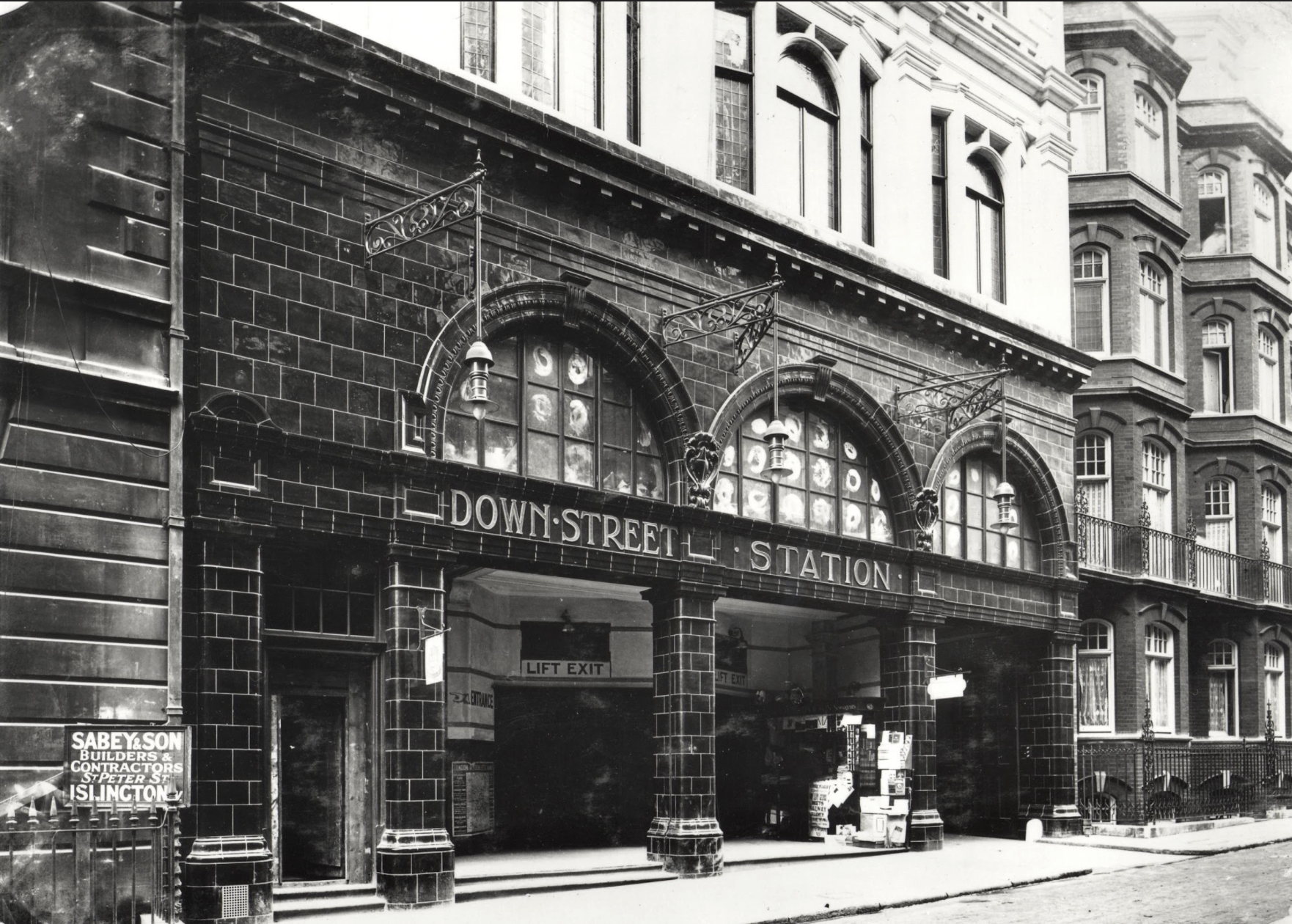 Among the specialist dealers in Grays Antiques (58 Davies Street), you will also discover a river running through the centre of the basement. This is the ‘lost’ River Tyburn, a tributary of the Thames, which in recent weeks was transformed into a “timestream” as part of Immersive LDN’s new Dr Who show which spans much of Davies Mews. 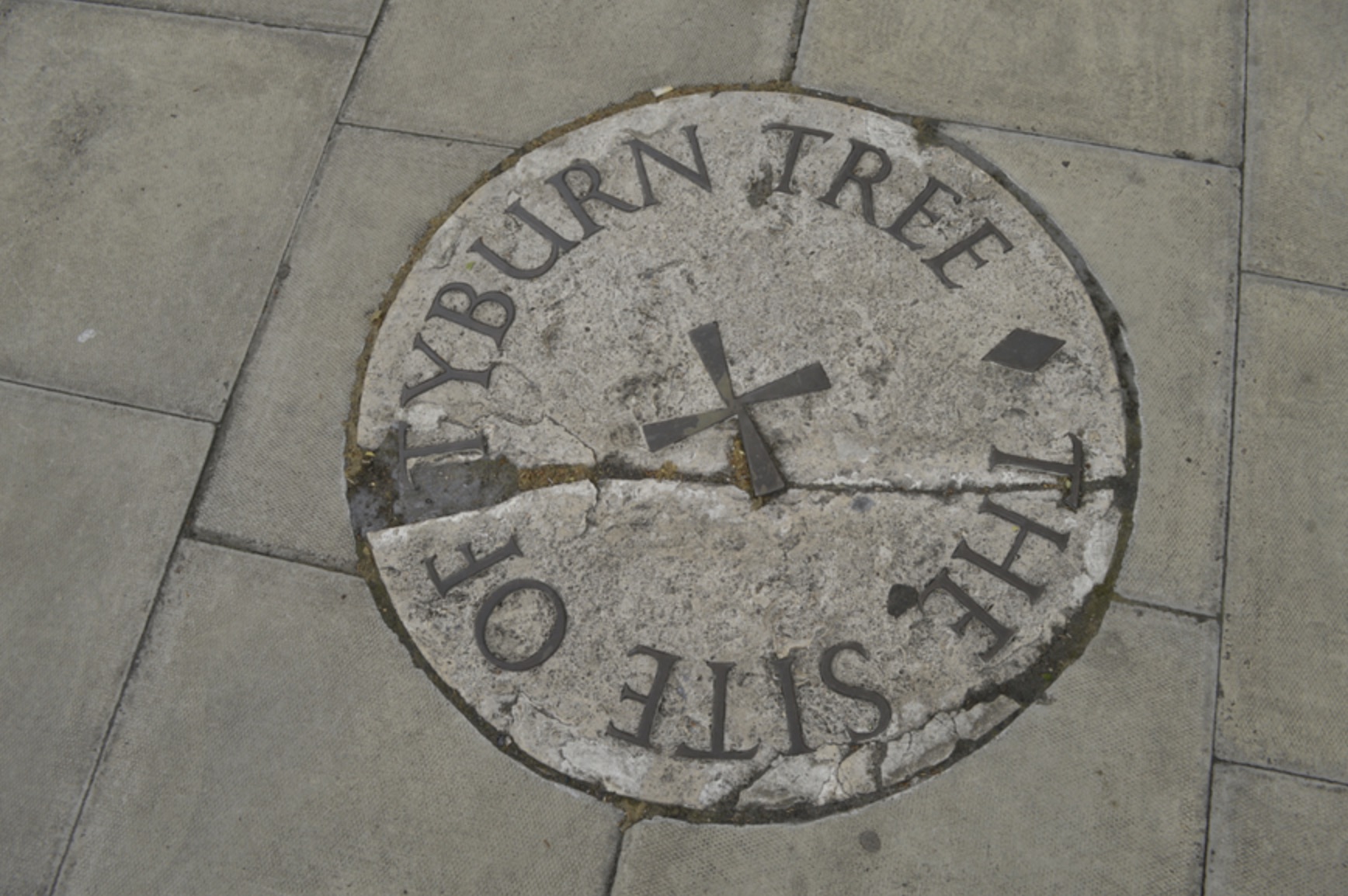 David Bowie’s fictional creation, Ziggy Stardust, has his very own black plaque at number 23 Heddon Street. It marks the location of the cover photograph for the iconic 1972 album featuring Bowie’s famous alter ego with the picture originally taken in monochrome before being hand coloured by artist Terry Pastor. The Crown Estate was responsible for the installation of the “one-off” plaque with Spandau Ballet’s Gary Kemp unveiled the tribute to his idol in March 2012, joined by Trevor Bolder and Mick Woodmansey of Spiders from Mars. In a nod to the famous album, it simply says: “The Rise and Fall of Ziggy Stardust and the Spiders from Mars.”

Other notable, lesser-known plaques include a green plaque – installed by Westminster City Council rather than the blue of English Heritage – to the Bee Gees at 67 Brook Street. The address was the former home of the band’s manager and producer, Robert Stigwood, where the band spent a lot of their rehearsal time. Robin Gibb, who unveiled the plaque in 2008, said at the time: “This location means a great deal to us and is somewhere where we wrote a lot of our songs.” 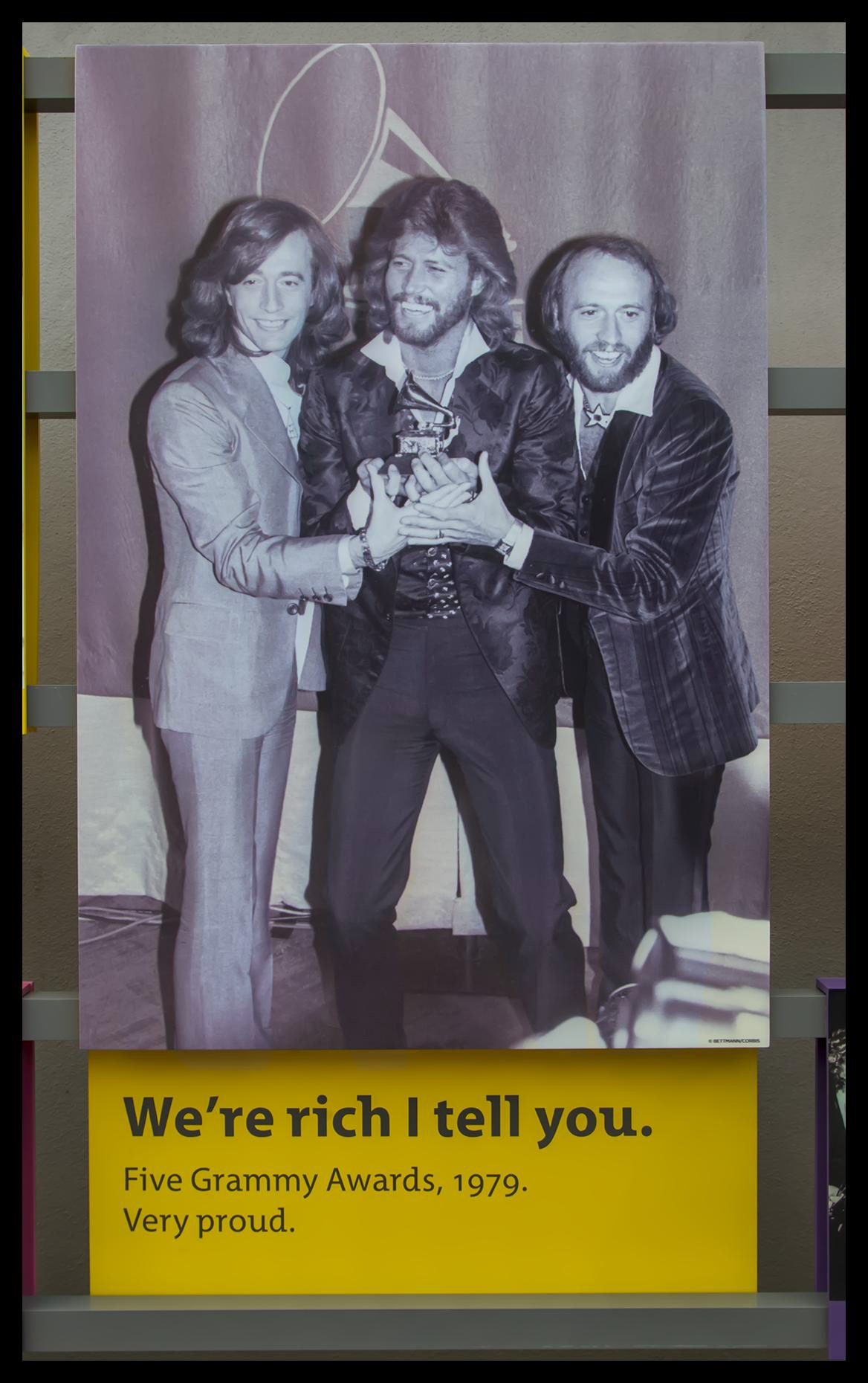 Built in the 17th century by Lord Francis Godolphin and used as an air raid bunker during the Second World War, this deep vault at The Stafford hotel houses more than 8,000 bottles of the world’s finest wine. Dale Atkinson of Rosendale Design is currently transforming the space with low-level LED spotlights and hand-patched overarching walls to provide an extra special space for private dining and special functions. It’s not the only cellar with a colourful past; the cellars beneath St James’s-based Berry Bros & Rudd date from the early 18th century and were used by Louis Napoleon (later to become Emperor Napoleon III) to host clandestine meetings during his exile in the 1840s. 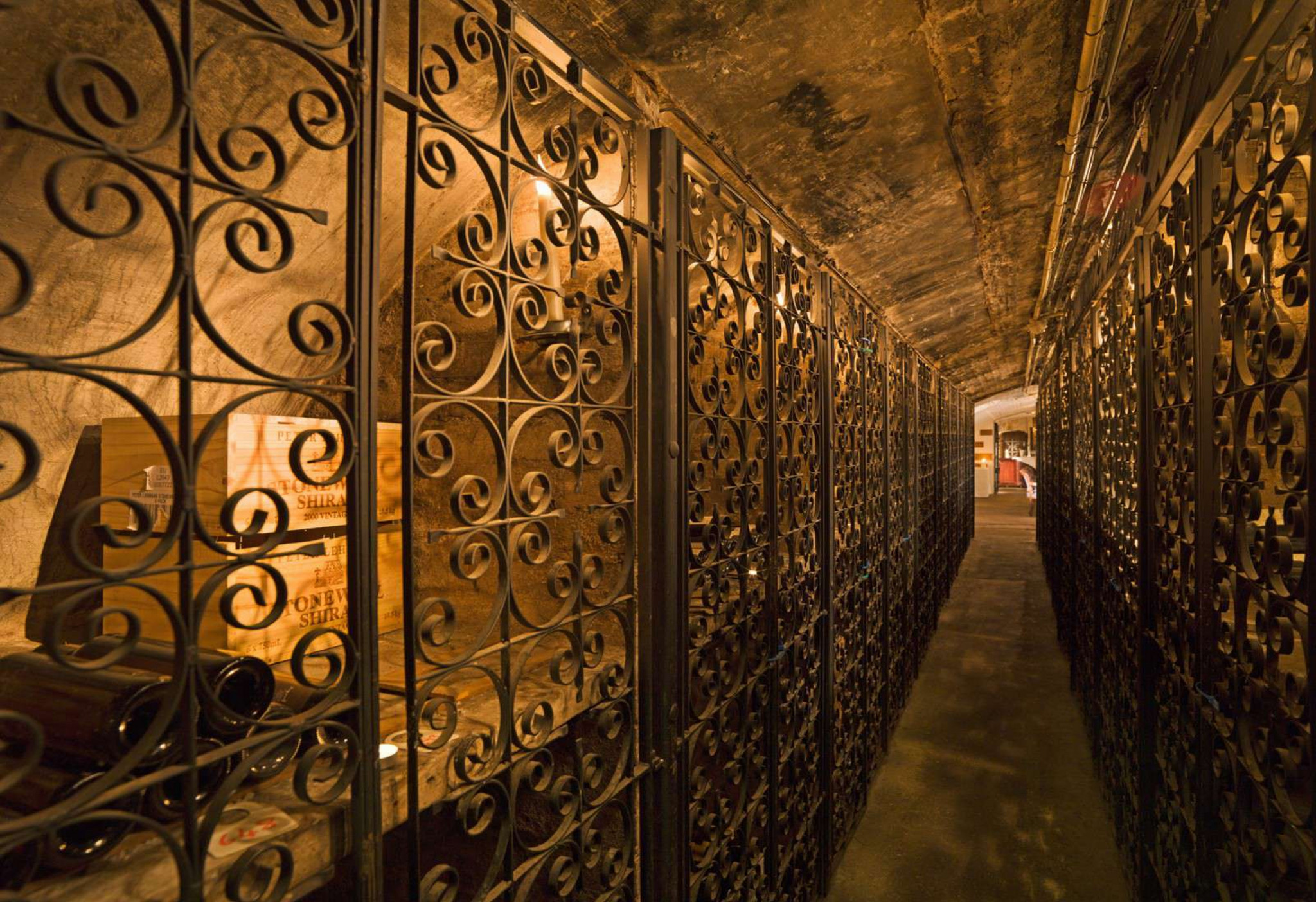 Among the many suites at The Dorchester, The Oliver Messel Suite is the only guest room to be listed by English Heritage. The celebrated theatrical designer was asked to design the suite by owner Sir Robert McAlpine in 1953 and the result was an overnight cause célèbre. Among the luxurious fixtures and fittings, lies a little known watering hole; a secret mini bar which lies behind one of the bookcases.

It’s not the only dash of razzmatazz at this Park Lane grand dame; Elizabeth Taylor’s Harlequin Suite still retains the pink marble bathroom which she asked to be fitted in the Sixties (and discovered she had landed the role of Cleopatra), while the hotel’s Crystal Suite event space has a private entrance with a silver glass encrusted Liberace piano ‘hidden’ at the bottom of a sweeping staircase. 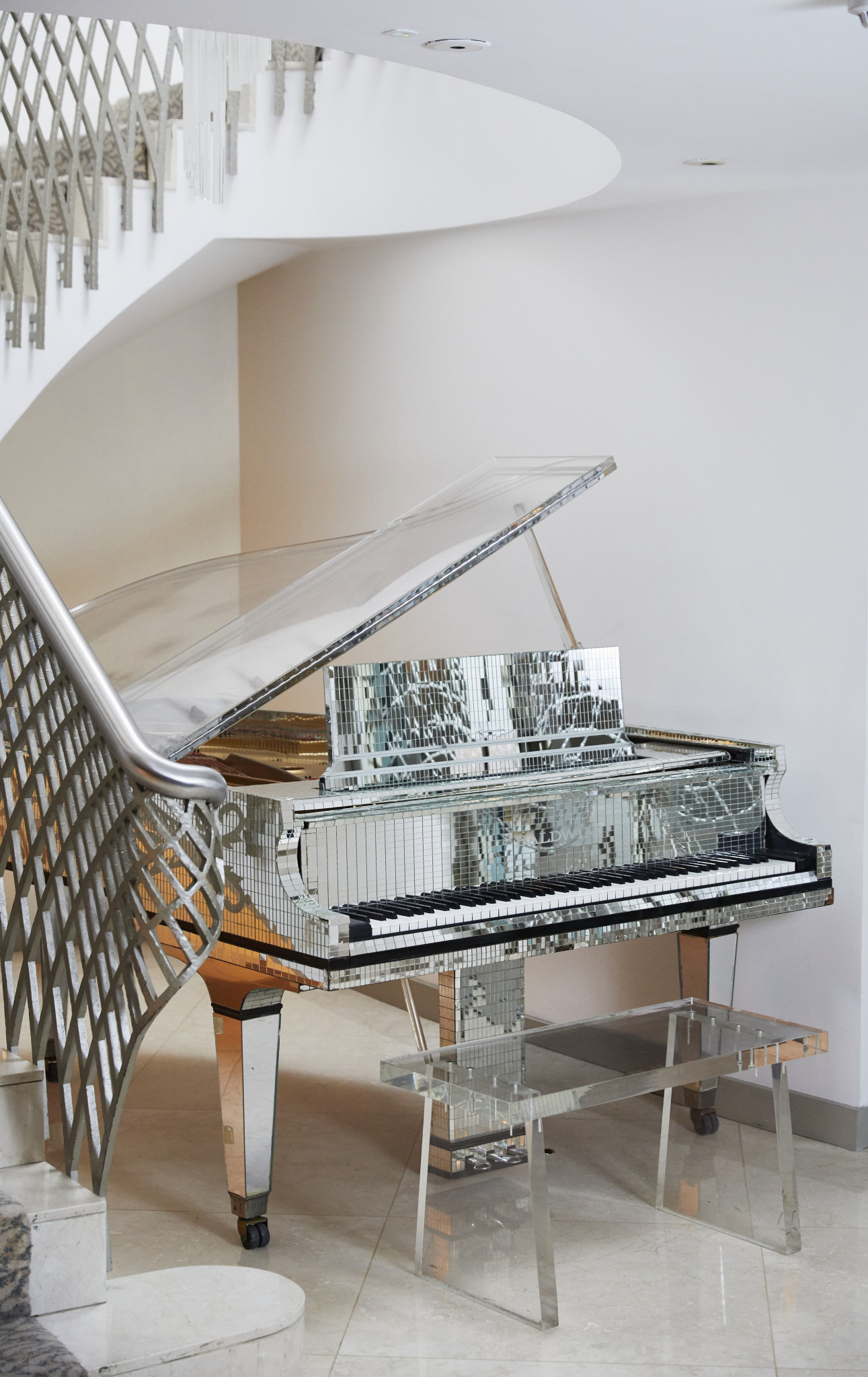 A speakeasy-style bar for those-in-the-know, The Luggage Room is a stylish cocktail lounge which takes its name from its former use as the old luggage room of the London Marriott Hotel. Tucked away on the corner of Grosvenor Square and concealed via a ‘secret entrance’, knock for entry and prepare to marvel at Roaring Twenties’ style interiors with the bar taking its cue from the famous Bentley Boys with heritage cocktails, punches and martinis. Open Fridays and Saturday evenings, 5pm-10pm. 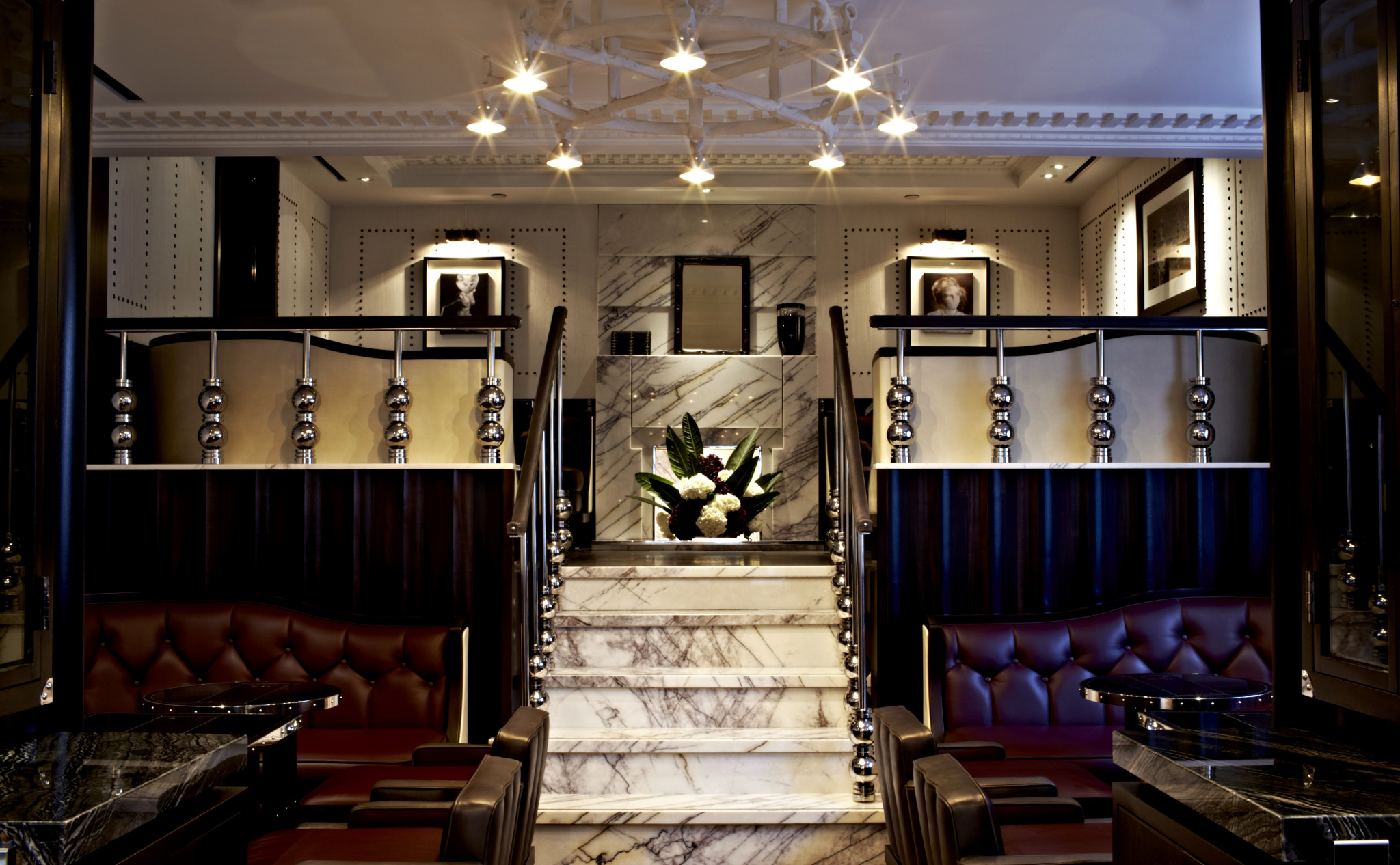 Further ghostly goings-on, reported in Richard Jones’ book Haunted London, include a headless women rising from the waters of the lake in St James’s Park and a haunting in St James’s Palace dating back to the first half of the 19th century when the valet of the Duke of Cumberland was found with his throat cut and head almost severed. It’s said the “sickly sweet smell of blood” has remained ever since. In more recent years, Burlington Arcade was said to be home to a poltergeist first sighted in 1953. “Percy” as he became known, is said to have rearranged a display of briefcases and handbags in a perfect semi-circle at the Unicorn Leather Company. Staff responded by placing a sign in the window, which read: “Poltergeists Gladly Served without Fear or Favour”. 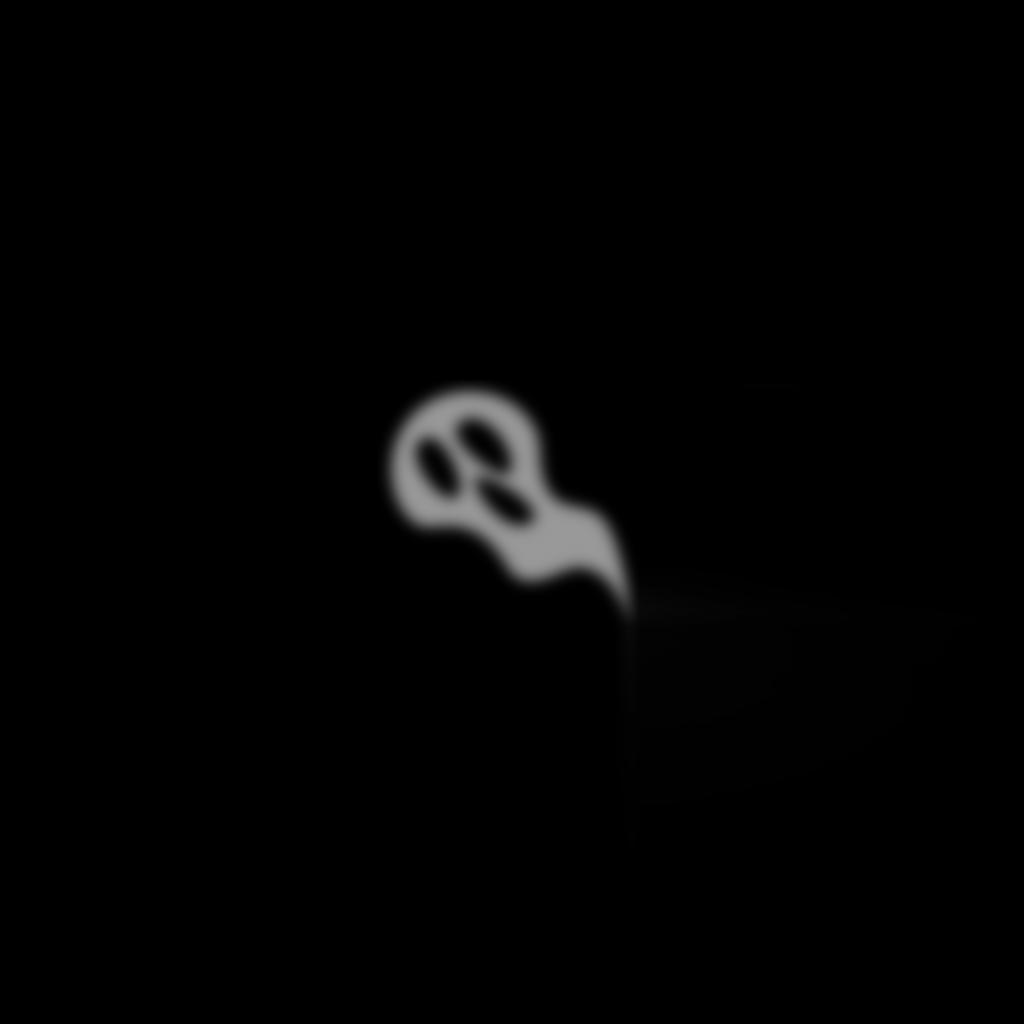 At the top of the Duke of York steps in St James’s lies one of London’s most curious and diminutive tombstones. It belongs to Giro – rather crudely dubbed “the Nazi dog” – the beloved pet terrier of the German ambassador, Leopold von Hoesch. Hoesch moved into 9, Carlton House Terrace – part of the German embassy – with Giro in 1932. Two years later, tragedy struck when Giro electrocuted himself by chewing through a cable and Hoesch buried his remains in the embassy’s back garden. The Times reported in 2005 that it was “London’s sole Nazi memorial”; one which simply reads “Giro – Ein treuer Begleiter!” – a faithful companion! 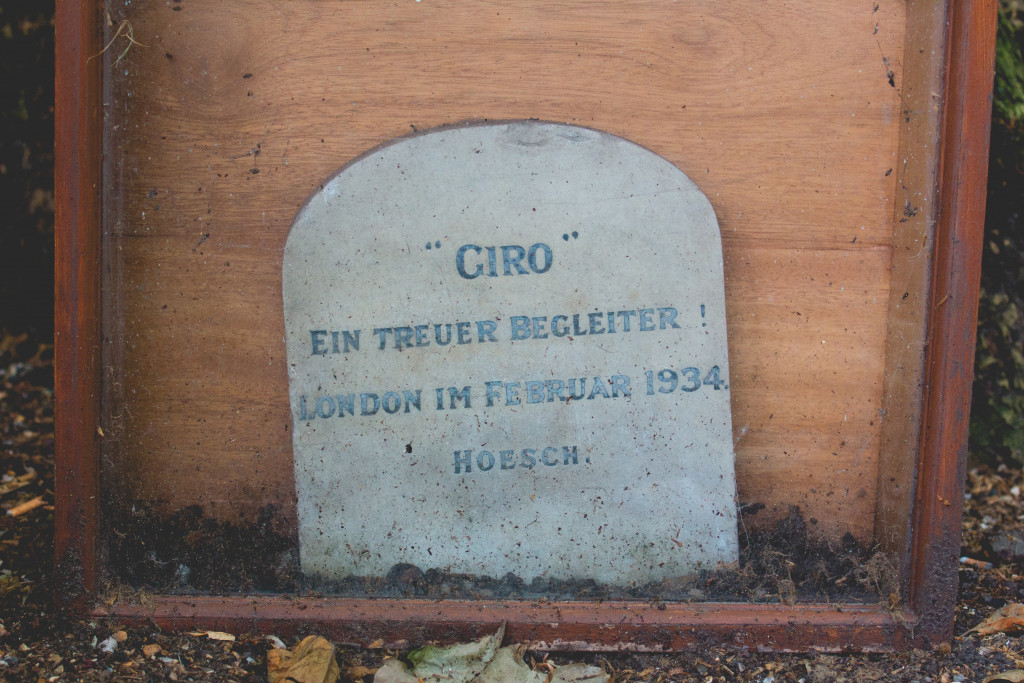 The storied history of Mayfair and St James’s means there are richly ghostly pickings. One address, 50 Berkeley Square, has long been dubbed “the most haunted house in London”.

Legend has it that a young woman committed suicide from the top floor window; while another says that the house belonged to a man who locked his brother in the attic, where he died and his spectre was left behind. Having been subjected to ‘paranormal’ activity during the 19th century, there was even a time when nobody was prepared to take on the lease.

Antiquarian bookseller Maggs Bros (established in 1853) was based in the building for 78 years (until its move to Curzon Street in 2015). A sign that read, “Danger! Unsafe Premises!” only added fuel to the fire. “It dates from when the building next door was bombed in the Second World War,” Benjamin Maggs told Mayfair Times.

“We once had some ghost hunters in who noticed it and one said to the other ‘See! It’s true! The top floors are so badly haunted that even to this day the staff aren’t allowed up there! 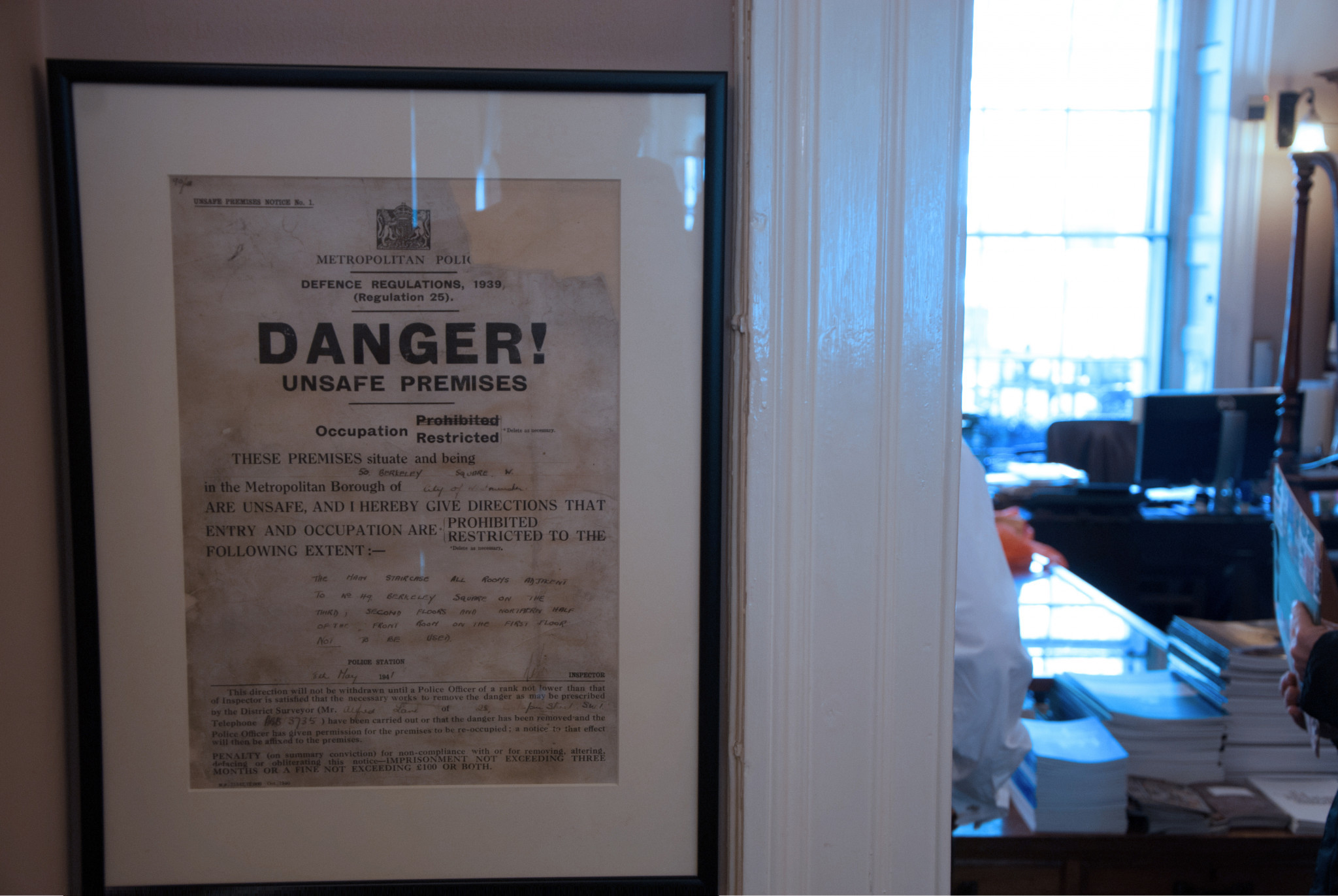 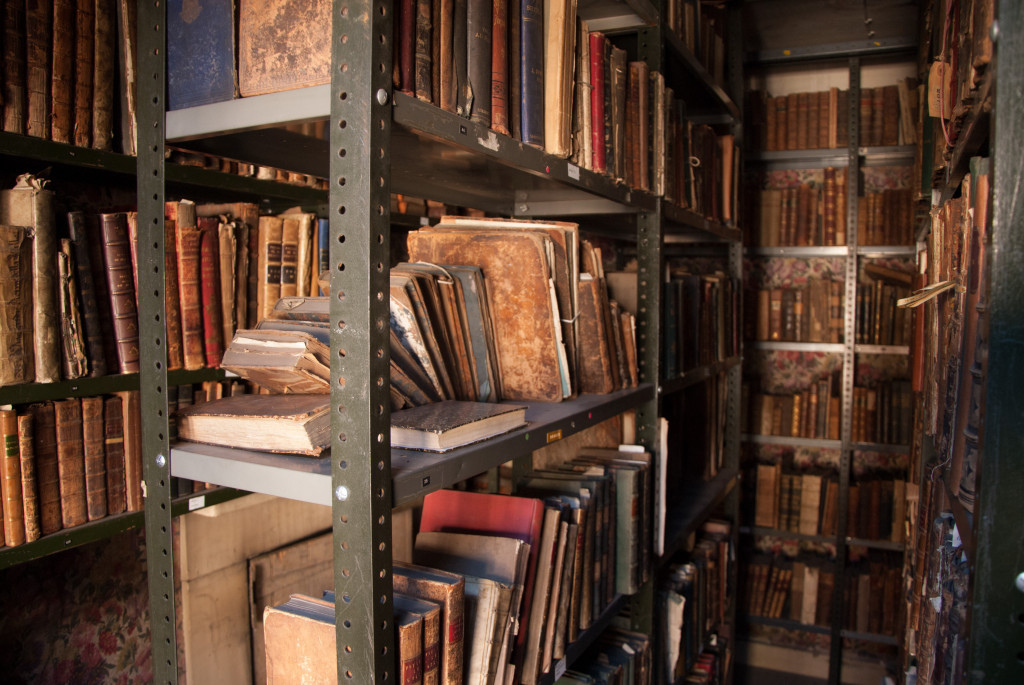 In the 1970s, a Mayfair flat owned by American singer-songwriter Harry Nilsson was to become infamous for the deaths of two rock and roll stars. In 1974, singer Cass Elliot of The Mamas and the Papas – better known as “Mama” Cass – was found dead at a flat 12, 9 Curzon Street, after two weeks of sell-out performances at the London Palladium. Four years later The Who’s infamous hellraising drummer Keith Moon, was found dead in the same flat having taken 32 clomethiazole tablets to help his alcohol withdrawal. Both Cass and Moon were 32. 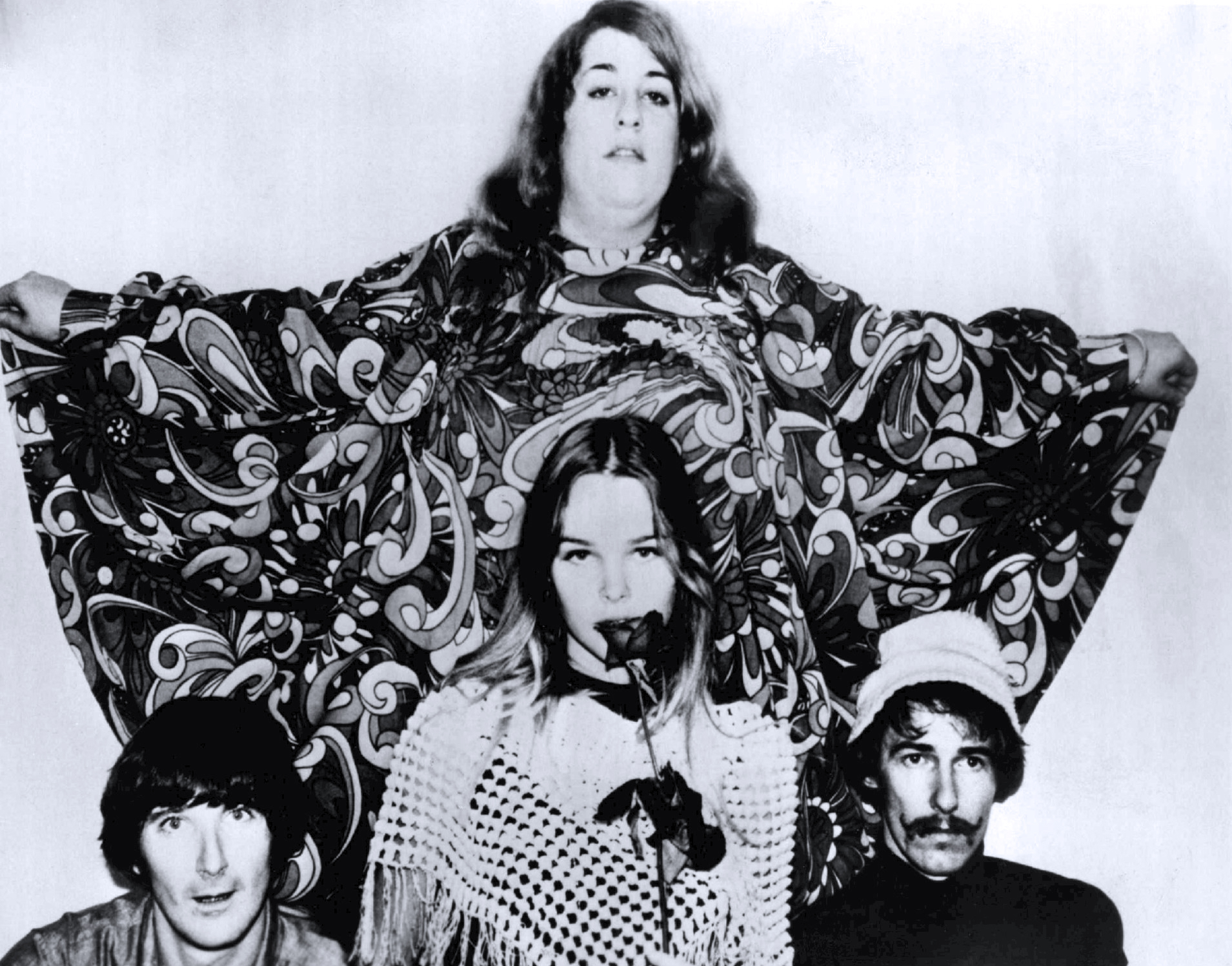