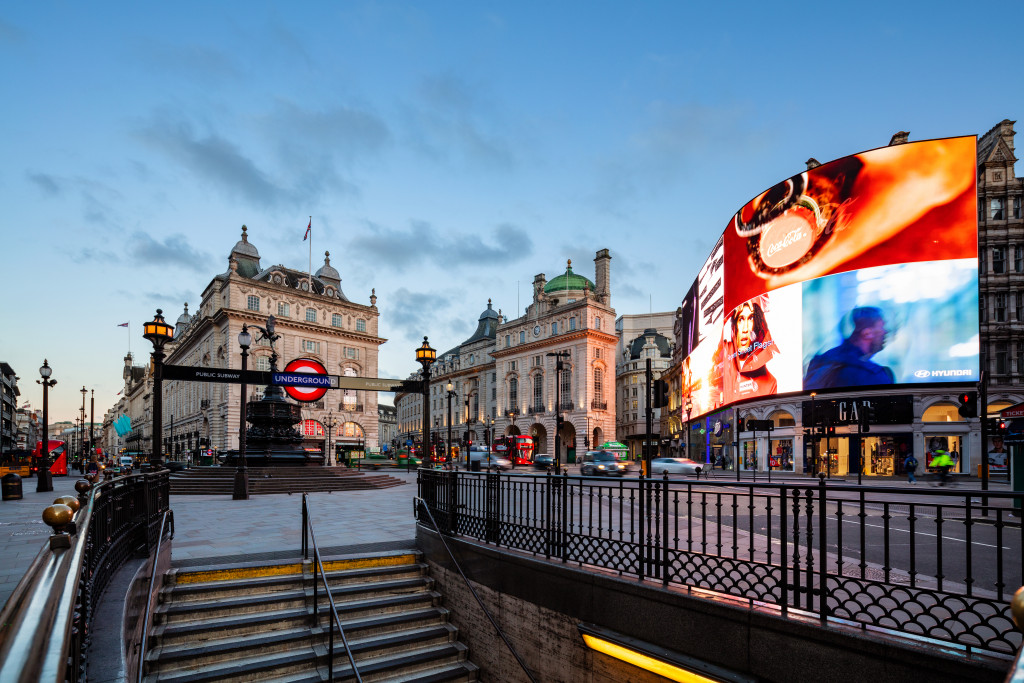 As the cultural, work and leisure epicentre of London, it is no surprise that the West End has suffered a major blow to its economy since the beginning of the COVID-19 pandemic. Lockdowns have shut offices, theatres, restaurants, galleries and museums, leaving many businesses – and indeed, whole industries – fighting to survive. With travel off the table, workers at home and a reluctance to use public transport, international and domestic visitors to London spent almost £11 billion less year-on-year in 2020.

A new campaign from the Mayor’s office and London & Partners aims to encourage Londoners and those living across the UK to reconnect with their capital city – in a bid to kickstart London’s economic recovery.

“The West End is obviously the heart of London – it’s the shop window to the world,” says Tracy Halliwell, director of tourism, conventions and major events at London & Partners. “Footfall in the West End has been chronic, when you compare it year-on-year; we normally have about 21 million international visitors a year, many of whom would throng to the area. That’s fallen to 3.5 million in 2020, and it’s only forecast to go up to about 6 million this year. Nobody is working in offices either; that’s a lot of the footfall of people who would go for drinks after work, go to the theatre or restaurants.” 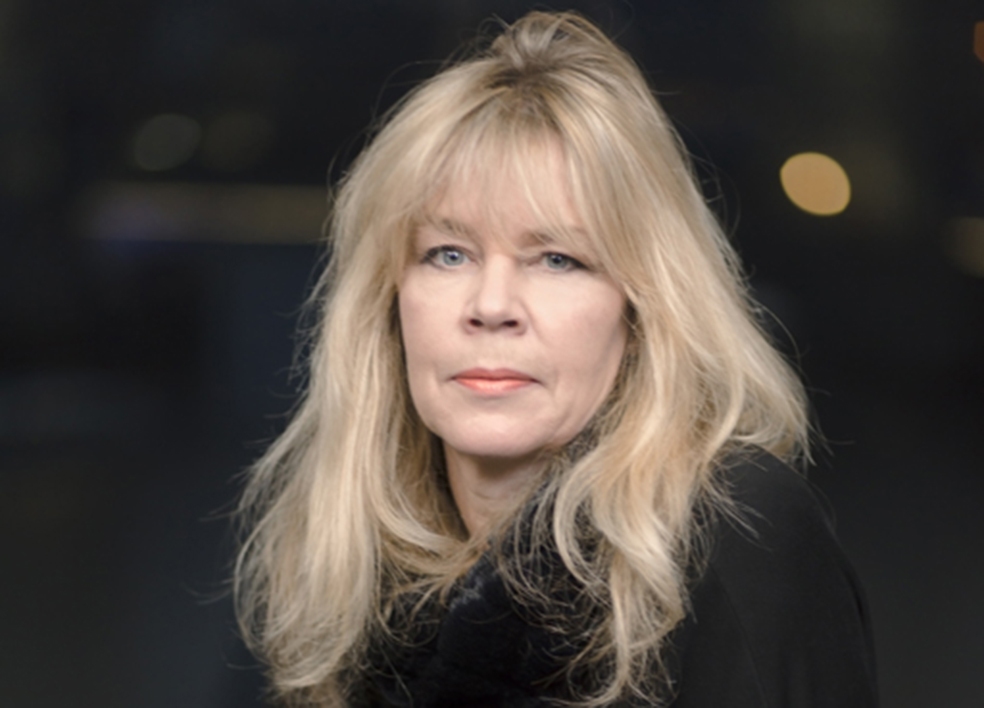 As there are no inbound international visitors – business or leisure – the campaign focuses on the domestic market, and more specifically, Londoners. “It’s saying, ‘If you’re a Londoner, get out and do your own city.’ There are probably so many places you haven’t been to for a while, or new places that have sprung up in recent years. It’s about making the most of the opportunity when you don’t have all those hundreds of visitors that would normally be around.”

“It’s very rare that we will have a summer without tourists,” says Jace Tyrrell, chief executive at New West End Company. “We do hope they come back at Christmas and into next year, obviously – but it’s reminding our customers and Londoners what our offer is in the West End, and actually how important it is to use the area. One in 10 Londoners are employed in the West End, in galleries, theatres, retail and culture – so come and support it, otherwise it won’t be here.

The West End is obviously the heart of London – it’s the shop window to the world,” Tracy Halliwell 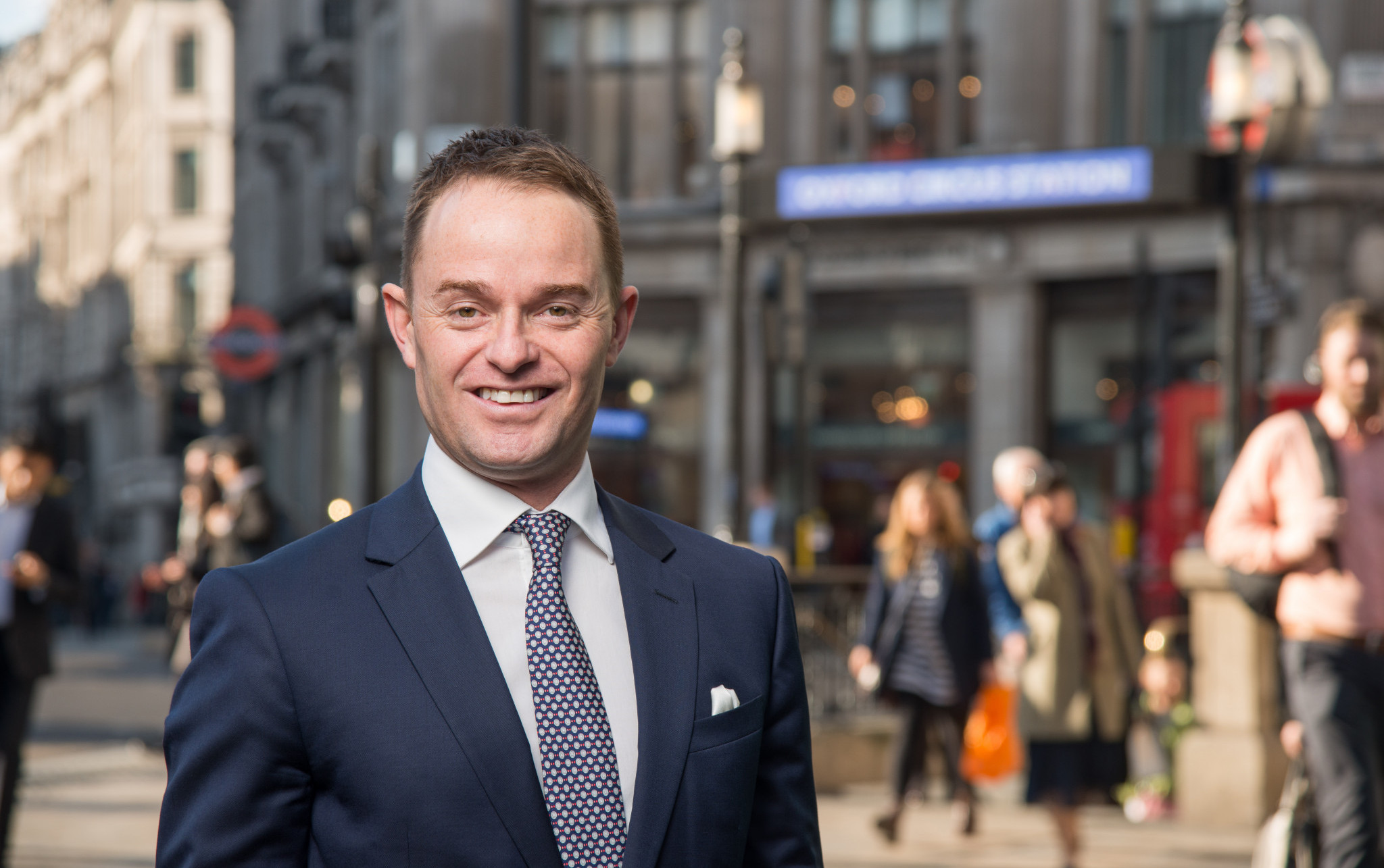 “The number one priority is to get customers back – staying in the hotels, visiting the restaurants, shopping – which is obviously a key part of the mix,” says Tyrrell.

“There’s millions [the Mayor of London’s recovery fund amounts to £6 million] being invested to encourage our customers back. There’s a whole package of activities and events to really drive that demand.”

The lack of office workers has been a key factor in central London’s economic crisis. “We’ve got a number of incentives to encourage office customers to stay longer – they will be coming in three days a week rather than five, so how do we get the same level of spend from those three days,” says Tyrrell. “The dwell time is in some ways more important than the number of days.”

The campaign kicked off with #LetsEat. “That was all about highlighting the phenomenal food and beverage available in London, which coincided with many areas including Mayfair opening up for outdoor dining – and the weather has been with us, for the most part,” says Halliwell. The focus of the campaign will morph over time – putting the spotlight on the diversity of London’s leisure and cultural sectors. “The great thing about this campaign is that it has been a real collaborative effort by London-based businesses, hotel venues, districts… it truly is a campaign for London.”

With the #LetsDoLondon campaign – bolstered by radio and TV advertising – looking to attract people from across the country, the suggestion is that there are barriers in getting people into the capital. “There’s still nervousness about coming to a big city, and a lot of that is tied up with public transport and the potential threat of COVID,” says Tracy Halliwell. “Part of what we’re doing is working with Transport for London, getting the messaging over about how clean the tube system actually is. It’s also about trialling e-scooters and opening up cycle highways, and trying to make it easier and much more relaxed for people to go around town.” 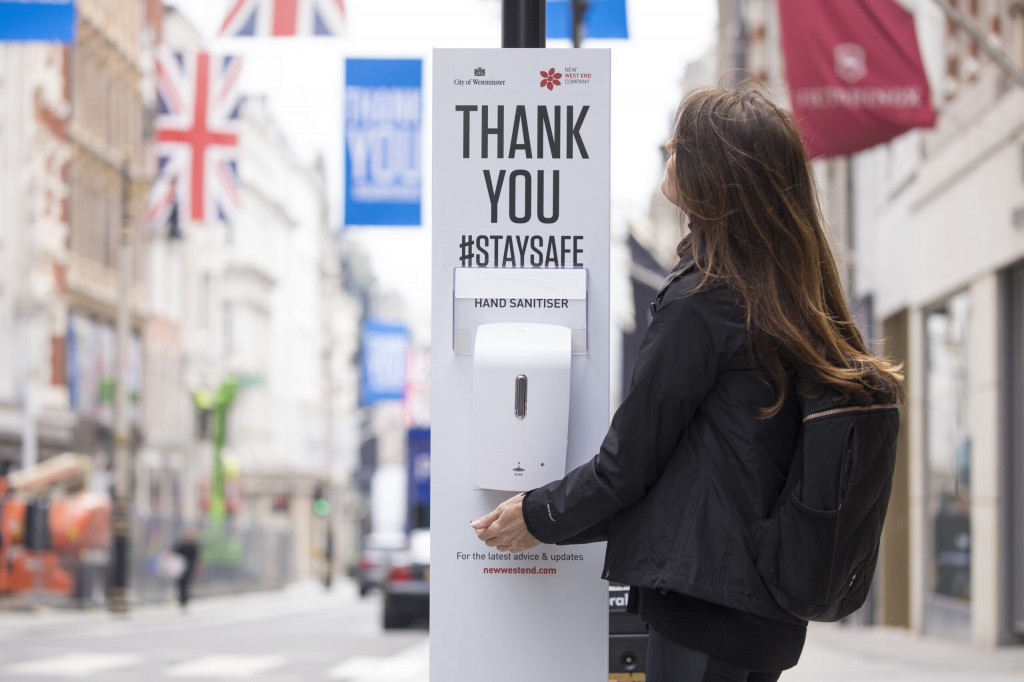 “You cannot get this world class theatre, art and culture anywhere in the world”, Ros Morgan

London’s recovery is crucial not just for the city itself – but for the country as a whole, believes Ros Morgan, chief executive at Heart of London Business Alliance. “It’s impossible to overstate how important London is to the UK economy in the good times, let alone the bad times. It generates £211 billion GVA and £5 billion in business rates. It employs almost 2 million people. It generates huge surplus taxes which basically are then used to level up the rest of the country.”

She says that while campaigns like #LetsDoLondon are important in stimulating this economic recovery, it is crucial that all sectors and businesses that make the West End so distinctive – open fully. “It doesn’t work otherwise. Removing the night time economy, say, or the theatres only being able to operate at half capacity, which forces many of them to not open – is a problem. Much of our footfall is generated by that kind of cultural and art offer.

“Eighty per cent of tourists are coming in for art and culture; then they’re staying at the hotels, eating at the restaurants, drinking at the bars. If we didn’t know before the crisis, we certainly know now how important that audience is,” says Morgan. “It’s allowed us to look at the West End and really see what drives people to come here. From a tourist point of view, you cannot get this world class theatre, art and culture anywhere in the world, because our art and culture – especially in the West End theatres – are based on our heritage. No-one else can replicate that, and it’s what makes the area so unique.” 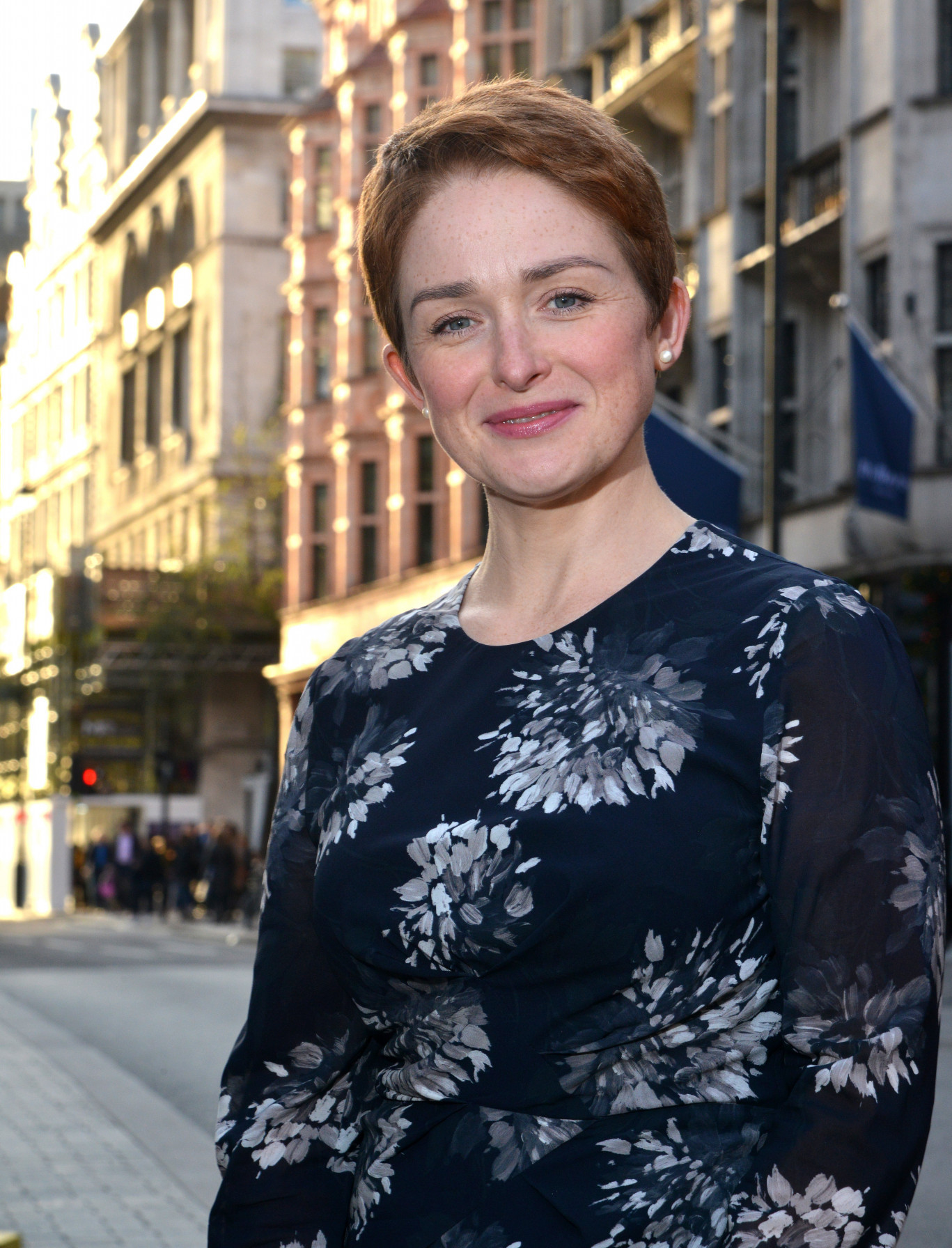 While the #LetsDoLondon campaign represents a good opportunity for London businesses and institutions, and shows that the Mayor is keen to bolster our cultural sector, Ros Morgan says that she hopes more will be done by the Prime Minister and government to keep the sector afloat after a devastating 18 months. “During the crisis we continued to lobby our government in terms of the importance of this sector, and the risk if we lose our culture and art that has been developed over the centuries. We’d be in trouble.

“Other cities around the world can compete with us on retail; they can compete with us on finance and the commercial sector. We have to be realistic about what truly makes the area unique, and we need to make sure that we invest in it and protect it,” she says. “We believe there should be a government backed insurance scheme for our theatres and live entertainment venues. They did it for the film industry, so the template and model is there.”

She also says that it’s now imperative that the government brings back tax-free shopping. “We’re competing against Berlin, Paris and all of those big European cities; so if tax-free shopping isn’t brought back in, we will have to work even harder to attract the international tourist to London. The same can be said for late night shopping or Sunday trading – we’re an international centre and yet we don’t have Sunday trading.

“We feel there are a number of things that the government can do quite easily if the will is there.” Heart of London continues to lobby for these changes to happen – as well as pushing for the government to invest in reskilling and retraining the population – to help replace the 700,000 workers who have left London thanks to Brexit and the pandemic, while addressing growing levels of unemployment and poverty.

In the meantime, Heart of London is working to make culture more accessible as a way of drawing people into the West End. “We’ve got all this incredible art, theatre, opera, ballet; how can we bring this out onto the streets so that everyone can enjoy it?” The organisation is looking at ways to give pedestrians priority through its public realms scheme, allowing for people to dwell while enjoying activations like the recently launched Augmented Reality Gallery – “the first time in history that the three big institutions (Royal Academy, National Gallery and National Portrait Gallery) collaborated… 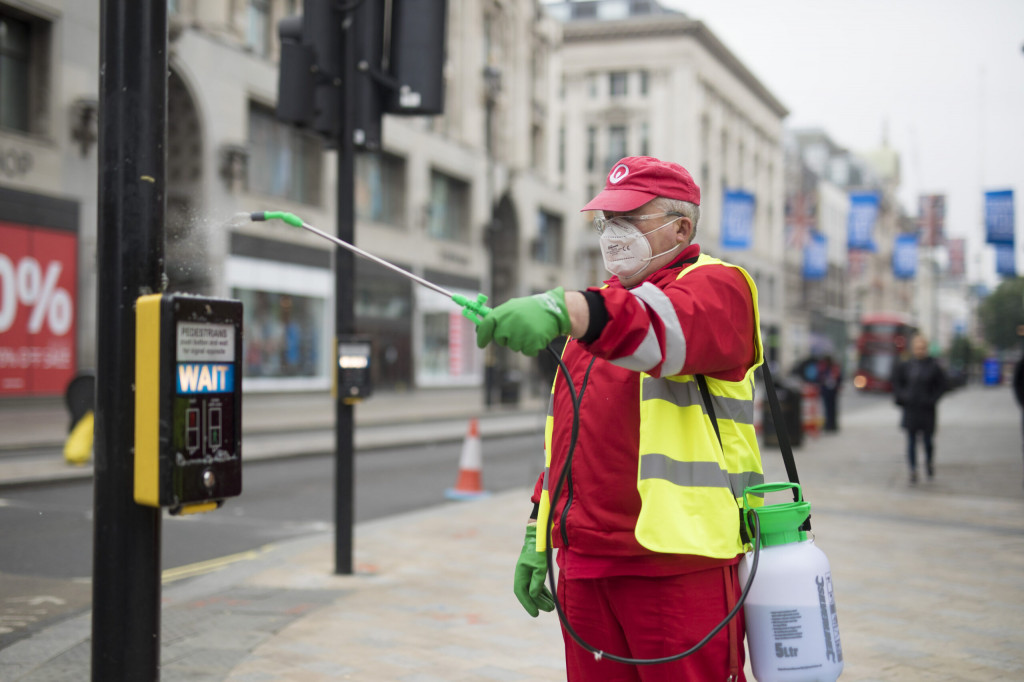 …That was momentous in itself”; Heart of London is also developing an art quarter, linking the Royal Academy to Leicester Square; Morgan says that they are looking to complement the museums with public work by students and commissioned artists too. Later this summer, Royal Academicians will take over Piccadilly with their art – literally painting the streets – while the Piccadilly Lights will beam digital artworks while being streamed worldwide. “This area has so much potential, and we’re really looking at how we can elevate that space.”

New West End Company has big plans for the retail and leisure landscape in the West End. It is currently working with London & Partners and a dozen or so property owners to do a virtual roadshow across Asia and the Middle East. “We want to attract really interesting new brands to the West End that aren’t necessarily retail – but they could be the next TikTok, or the next Netflix, or MoMA – and give them an opportunity to start here and grow. We want to become the most scale-up consumer district in the world. Any brand that wants to touch 200 million customers a year wants to find a place in our district.”

While the £6 million campaign to get domestic visitors back to London is welcome, Ros Morgan believes more needs to be invested in order to eventually attract international tourists. “We need a global marketing campaign for London to attract talent, investors and visitors,” she says. “Singapore has spent £140 million; Hong Kong, £80 million; New York, £29 million. Suddenly our £6 million pales in comparison.”

According to a recent London First report, an investment in transport, a global marketing campaign and a business-led reskilling programme of around £2 billion over the next three years would offer a return on investment of roughly £25-35 billion in incremental GVA – as well as creating between £8-12 billion in additional taxes for the government.