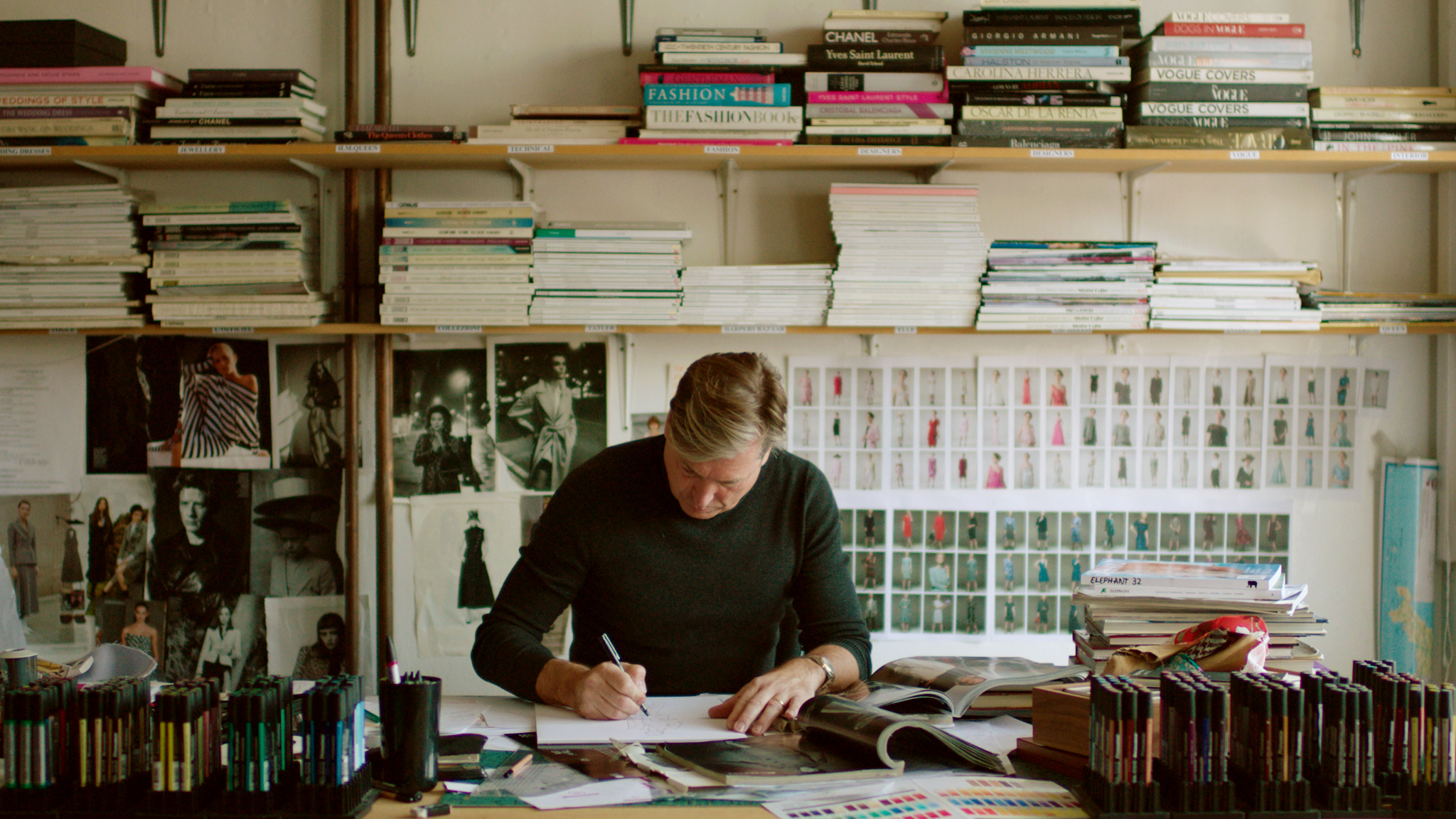 Stewart Parvin might be couturier to the Queen, but he prides himself on making clothes that last for ‘real’ people living ‘real’ lives

As told to Cally Squires

“People don’t want costumes, they want clothes for real life. So I get my inspiration from everyday life – going on holiday, seeing clients and eating at restaurants. Not having that lately has actually made me sit down and draw more. I have several clients who want pieces that fit into the lives they are living now, not the life they were living last year or might be living next year. It’s about being glamorous but still casual and comfortable, and fitting with the times we’re living in. It’s not a time for ostentation, as most people are in trackie bottoms and jeans these days!

We put all of our couture samples online in January, which are mostly size 12, which is great for people who know they are a standard size, or our regular customers who don’t mind buying samples without having tried them on, knowing we’ll make it fit them.

In regular times people would come into the store to see our collection of samples. They would choose something pretty much as I’ve designed it, or make minor tweaks like changing the sleeve length or neckline. I’ll do a sketch and advise them if we can do it – most of the time we can.

We take a really comprehensive set of measurements and, to be honest, most people these days don’t want to go through the process of having endless fittings, which is why people come to me. If you’re a relatively standard size, we can grade the original pattern to the client’s measurements and make it up in the fabric pretty much to the finished garment.

Depending on how often we see and know you, we can make it to a stage where you just need one fitting. If it’s someone with a really challenging figure, which actually might be someone who is very thin, then we might make it in calico.

We have clients in America who we’ve worked with enough that we can just make something and send it out, and if it needs a tiny tweak by a dressmaker there, then they do that.

As the world is becoming smaller with everyone ordering from Net-a Porter, people are desperate to find something that their friends haven’t got, which is the beauty of coming to me. Even if it’s something from a collection, at least we know who else has it and what they’re wearing it to. Ideally, we get it perfect within four to six weeks, although obviously we can – and do – do things quicker

“I love that Belgravia is the ultimate luxury village neighbourhood” 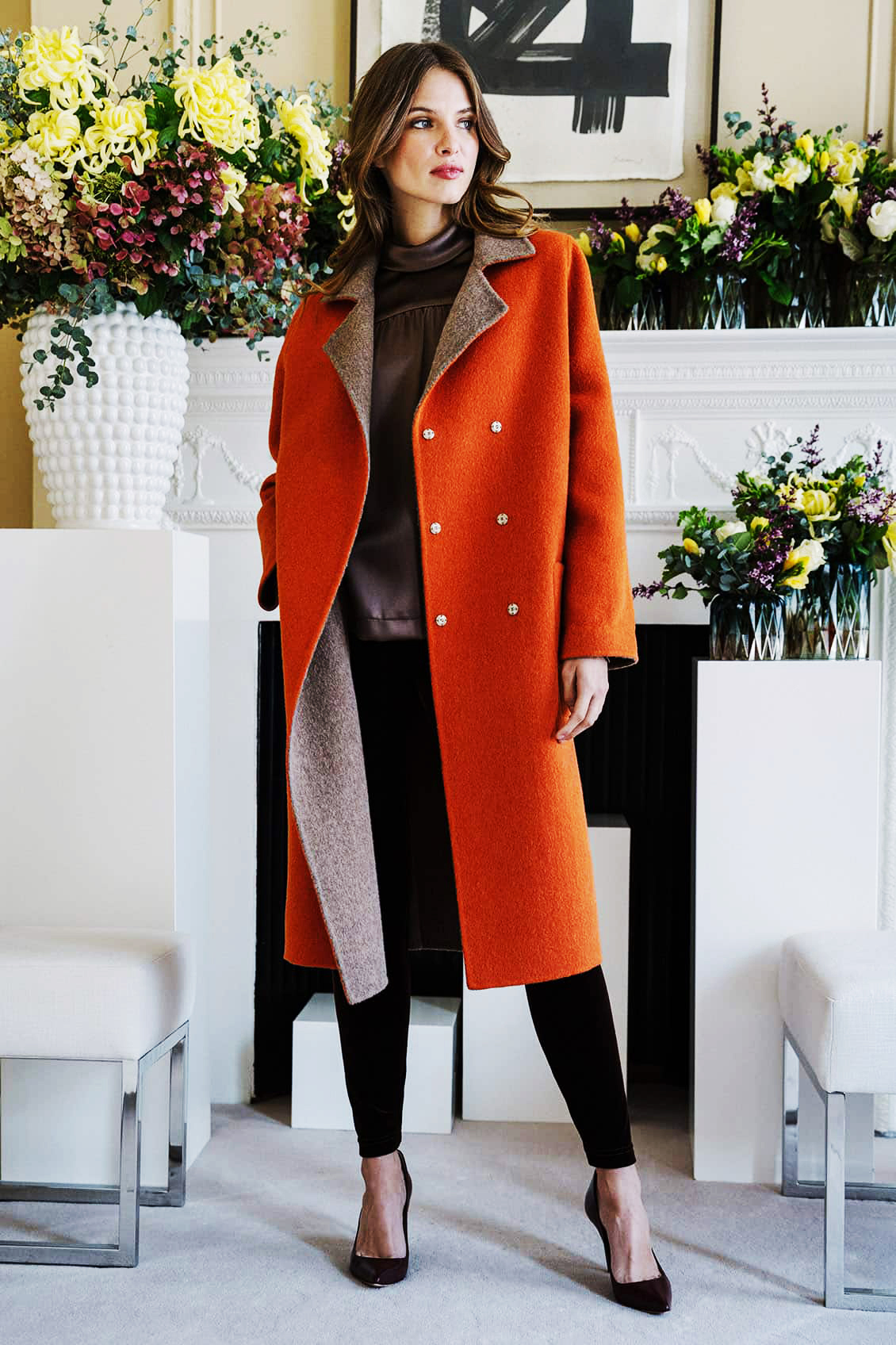 The sewing takes place in our Acton studio where we’ve got a few seamstresses working at the moment – normally it would be a bigger team. Everything is done there from the pattern cutting on wonderful old brown paper, to the stitching and hand finishing.

Fittings are done in Motcomb Street, where I’ve been for 26 years now. The beauty of having so much space, is that people can have a whole floor to themselves, which makes the process really private and relaxed.

I love that Belgravia is the ultimate luxury village neighbourhood, where everybody knows everybody, and you’ll bump into them at Mayhew’s [newsagents]. Where else has a supermarket and several couture shops?

I have two or three members of major Middle Eastern royal families, who love having a whizz around Waitrose.

One woman will discover something she’s never seen before, like a packet of crisps, and have boxes of them ordered and put on her plane to give out as gifts.

Buying pieces that are made to last, and made in London, is the most sustainable way of buying clothes. We don’t have reams of fabric that we throw away, and people bring clothes back and have them altered for the next season. Even very wealthy people will come in and have garments refitted, in that amazing way that Prince Charles still wears suits that are 25 years old. If you take good care of them, those clothes last forever, which makes them incredibly good value for money even though they’re expensive.”