The new Indian High Commissioner of India to the UK

HE Gaitri Issar Kumar recently took over as the High Commissioner of India to the United Kingdom –  the third woman envoy in the key post since independence, after Vijaya Lakshmi Pandit and Ruchi Ghanashyam. She tells Selma Day how she looks forward to developing the UK and India’s special relationship and how these challenging times will present even more opportunities for our two nations to collaborate 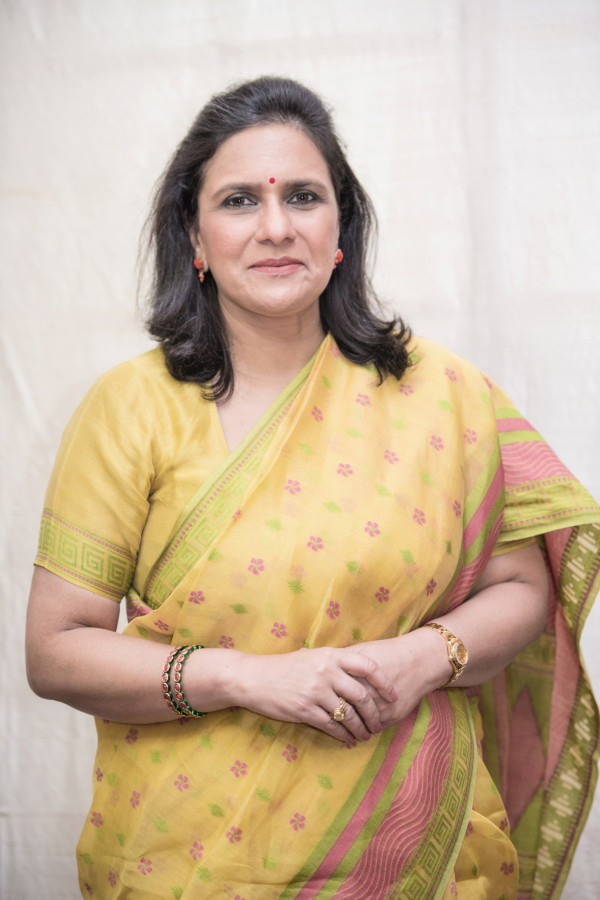 How does it feel to be in London?

I am delighted to be here – professionally as well as personally. Though I have been rushed off my feet from the word ‘go’ , it has already been a greatly exhilarating – and rewarding – few months. I am looking forward to all that will open up once the pandemic abates.

I visited London before arriving here to assume my post – as a tourist. This time I will have the opportunity to experience London as an ‘insider’.  I am eager to do a deep dive into every aspect of this vibrant city and the different regions of the United Kingdom – their fascinating history, institutions, museums, palaces, castles, the famed English gardens, of course, and get to know as many of the British people as possible, their wonderful traditions, unfailing British under statement and typical sense of humour in every situation.

The UK and India have a long-standing and special relationship – what are the similarities between the two nations?

The UK and India have a shared history. Both are open, transparent and functioning democracies; and we have strong links between our business, political and literary communities, as well as our educational and cultural institutions. The English language has been a major connector. Our 1.6 million strong diaspora – described by the Prime Minister of India as the ‘living bridge’ between India and the UK, is the largest ethnic group in the UK. It has thrown up many very special personalities who uniquely live and work between India and the UK and are deeply valued by both India and the UK for the role that they have played in strengthening links between our two nations at every level.

I have engaged with a wide cross section of stakeholders on both sides and am fully confident that our economic and strategic engagement will lead to win-win collaborations in all the areas where we engage. Not to forget the common passion for cricket!

Culture has always been a strong element of that relationship, culminating in the UK-India Year of Culture in 2017. How do you hope to build on this?

There is tremendous potential and a high level of interest on both sides. Our governments and private foundations have long-standing partnerships. The long list of successful musical, art and literary festivals in India and here in the UK bear testimony to our creative synergies. Londoners are a discerning audience and Indian artistes usually look forward to a good response here.

The High Commission of India, in consultation with the Indian Council of Cultural Relations is developing a Plan of Action for cultural exchanges with the UK. Although Covid has been a dampener, where travel of troupes or congregation of audiences is involved, there are many innovative ways of keeping this effervescent dimension of our permanent discourse alive and flourishing.

It has been heartening and, not surprising actually, to learn that our High Commission has, since early this year, been reaching much larger audiences – unimaginable numbers in normal times– through the frequent virtual programmes hosted by The Nehru Centre (in South Audley Street), our Mission’s cultural branch.

We are also engaging with interested British institutions – the very best – with whom we look forward to developing  programmes for robust exchanges in the coming days.

Are you also hoping to strengthen economic ties? And do you think Brexit will present significant opportunities for both countries?

India and the UK have long enjoyed a strong and resilient economic partnership with promising potential in the post-Covid, post-Brexit world. Investment is a key component. Indian business houses and entrepreneurs in the UK contribute over six per cent of its GDP and have always played an invaluable role in promoting bilateral trade and investment. Major Indian corporates have a strong presence in the UK market and the UK, similarly, is keen to go deeper into the Indian market. Both Prime Ministers envisage a new prosperity agenda to take India – UK economic co-operation to new heights.

In recent years, there has also been significant investment in the area – again, why London and Mayfair in particular?

As we know it, Central London has a distinct ‘economic geography’. Grosvenor Square is one of the addresses in London that Indians seem to favour. On this, I am too new to London to comment.

What else you hope to achieve during your time in London, both professionally and personally?

Professionally, my priorities are set by the shared vision of the Prime Ministers of India and the UK, Mr Narendra Modi and Mr Boris Johnson. They have set clear targets and we have, despite the current, challenging circumstances, been progressing along a positive trajectory towards a new era in India UK relations. Though it is not the best time for anyone, especially a diplomat, to arrive in a new place – in the middle of a pandemic, I also see this as a pivotal moment in India-UK relations – when the challenges that we face, in fact, present enormous opportunities for collaboration for the good of our people and the world.

We can work together to build on our complementarities to strengthen the healthcare systems on both sides, for example, and the Oxford-Astra Zeneca-Serum Institute vaccine project is an example of India-UK partnership on a vaccine that will, if all goes well, be widely accessible – as soon as possible, at an affordable price.

What do you like about London and Mayfair in particular?

London is the city where old and the new stand in perfect harmony with one another. One of the most alluring aspects of Mayfair, I am told, is its world-class couture and cuisine. I have, since I arrived, only driven through Mayfair so far – and  have not yet had an opportunity to explore this lively and dynamic part of the city. Of course, I have noted the colourful store fronts and felt delighted at the number of Indian restaurants – I look forward to a closer acquaintance with some of the iconic venues among them. Also, the Royal Academy of Arts and other galleries and museums – all these are high on my check list.