Life in the market with British Indian buyers seeking luxury 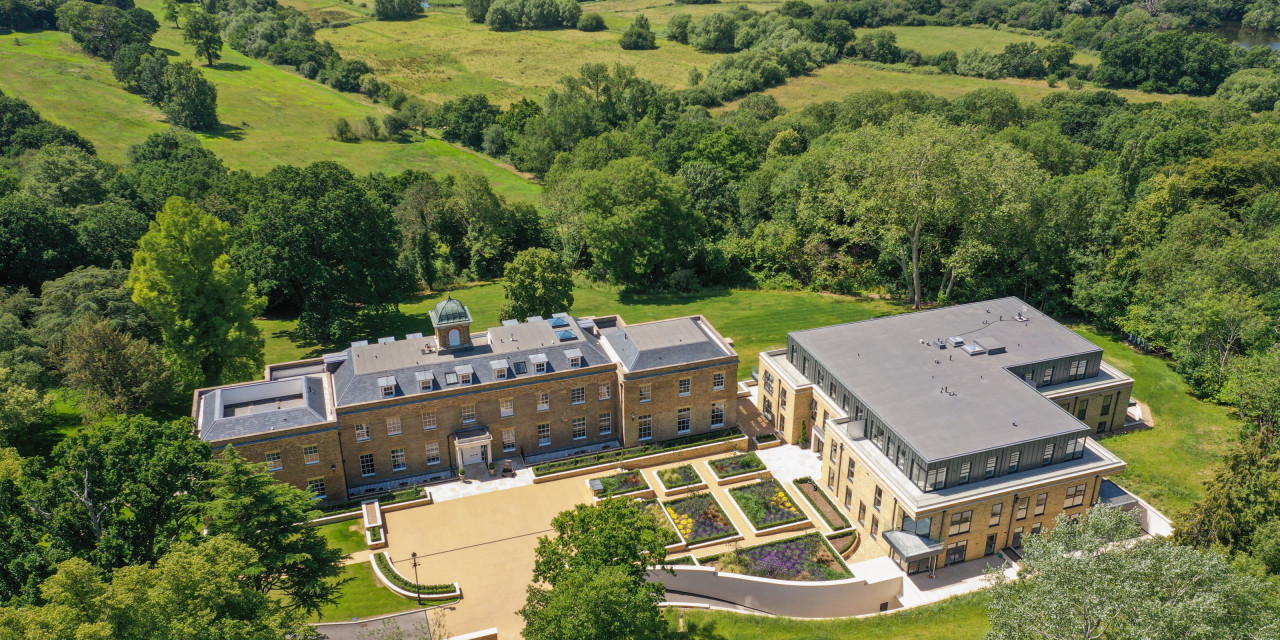 The arrival of Coronavirus on UK shores in early 2020 resulted in the economy falling sharply, and the property sector has been impacted in many different ways too. In London, the number of prime residential homes sold has declined, unsurprisingly. Yet London’s luxury property market is showing signs of life, with sales data from LonRes revealing homes over £5 million were up significantly in July and August 2020 compared to the same period the previous year.

The London-based agency explains in its Prime London market update that the pace at which the housing market has recovered across the UK has taken many by surprise, even as fewer overseas buyers and corporate relocations, both of which provide a key source of demand for prime London homes, continues to wane.

Peter Wetherell agrees: “There is certainly life out there in the market, and it is not all doom and despondency,” he says, adding deals are still being done at “good” price points and some very quickly – one sale was completed in just 10 hours. “Values are also holding up. The issue is volume; as the volume of deals is lower.”

In the absence of overseas buyers, agents are increasingly turning their focus to buyers on UK ground who continue to search for properties both inside and outside of London. Whilst the Mayfair property market has remained steady, the ‘escape’ from urban to rural life has been well-publicised and many buyers have appointed agents to search for additional properties outside of London.

For Paul Finch, new homes director at Beauchamp Estates, it is predominantly British Indian buyers that have been keeping him busy at new development Harefield Place in Ickenham, Middlesex.

A spectacular restoration of a Georgian Mansion, Harefield Place has brought nine luxury apartments in the classic building, alongside 16 new two and three- bedroom apartments in an adjacent setting. Nestled amidst 8.5 acres of greenbelt countryside, and located on one of the most desirable private roads in Middlesex, the development has been popular with British Indian buyers who are seeking a base within easy reach of central London locations like Mayfair. 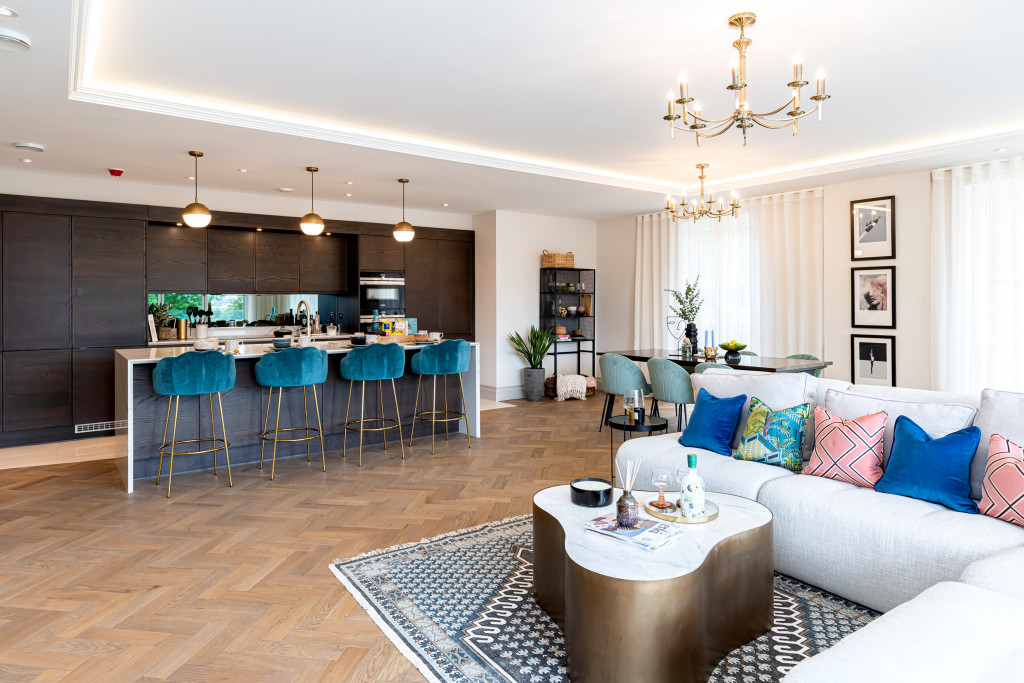 “It is a one-of-a-kind development in a premier location in Middlesex. It is luxury,” explains Finch. The development completed in 2019, with each apartment having been individually planned and designed as “the ultimate indulgence”. The development blends the classic design of Harefield Place, a historic Grade II listed house that was once a gentleman’s stately country residence, and a modern building adjacent that aims to provide more contemporary open-plan layouts alongside private balconies and terraces. The whole development benefits from a range of onsite amenities; including an indoor pool, fully-equipped gym, sauna and hot tub, alongside tennis courts within the grounds.

The fact the development is so unique within the area of Middlesex has meant a number of the apartments have already been sold to British Indians looking for a luxury pied à terre with outside space and facilities, and a finish that would not look out of place in central London.

Just over 10 per cent of the population of Ickenham is Indian, according to the 2011 Census, and thus Finch is unsurprised that the number of people enquiring over the remaining properties are also British Indian.

“When you are comparing this development to properties in the wider Middlesex area and beyond such as Ascot, Wentworth, etc, there is nothing else like it. It is also suitable for a range of people at different stages in their lives, whether you are downsizing to a smaller space, or simply want a home that has everything from acres of land for you to explore daily to parking onsite. It is an amazing addition to the area.”

The trend for Indians to seek luxury homes within the Greater London regions is not new. Steel tycoon and one of the UK’s richest men, Lakshmi Mittal acquired his 11-bedroom mansion on The Bishops Avenue in Barnet over 20 years ago, alongside a more central London base. Knight Frank also noted in its Wealth Report that Indians were the fourth largest group of overseas buyers of property in London (after China, Russia and the US) in 2018, and in 2019 their purchasing prowess had only increased: the number of Indians buying properties in London went up by 11 per cent.

“For the Indians that I know and work with, they tend to go west, not east. They look for properties in Mayfair, Kensington or, if going further afield, it is west down the M4/M40 corridors,” says Wetherell.

“Outside of London they seek spaces where you can get the ‘feel’ of the country but the resources and facilities that they are used to in London. Often, rather than seeking traditional country charm they do prefer the modern, contemporary new developments.”