As a huge global visitor draw, London is inevitably feeling the full force of the Covid-19 health crisis. What can the luxury-synonymous areas around Mayfair and St James’s do to respond when the storm passes? 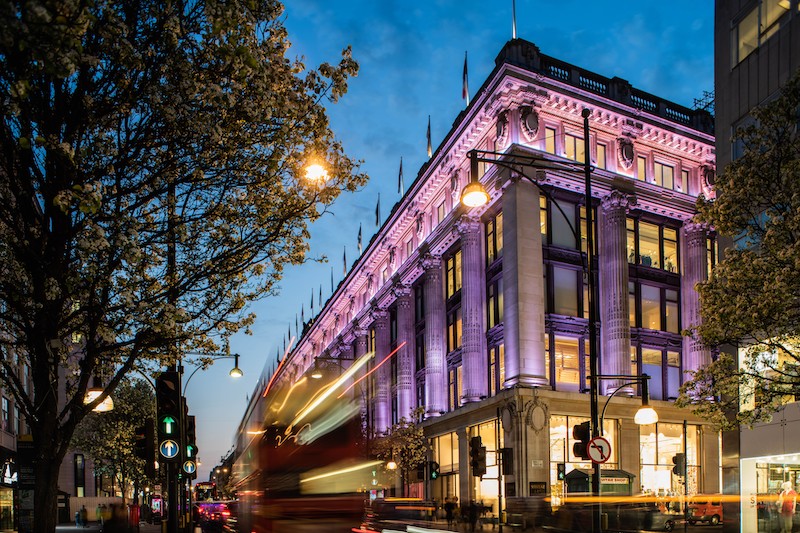 The threat of Coronavirus

London’s West End has experienced its fair share of disruption over the past decade, from terrorist attacks to volcanic ash clouds, Extinction Rebellion protests to the Beast from the East. And yet, little will have prepared the capital’s heartland for something as all-pervasive as the spread of Coronavirus.

In an increasingly interconnected world, the global network that has bolstered spending among London’s luxury retail sector, upmarket hospitality and health and wellbeing services is now at the core of the problem. Luxury is reliant on overseas visitors, especially Chinese spenders and, for obvious reasons, numbers have been decimated. There have been some niche beneficiaries. Some of the super-rich are understood to be hiring private jets to head for less-affected areas of the world, while taking their own doctors and nurses with them.

Speaking to The Guardian, Mark Ali, chief executive and medical director of the Private Harley Street Clinic, said that a clamour for tests from those that didn’t meet the Public Health England (PHE) requirements to be tested had led him to reverse an initial decision not to offer tests, and to provide them at £375.

Ali, a cardiovascular surgeon, said he decided to offer private tests after being inundated with requests from people who had been refused testing after calling the NHS 111 helpline, and that two to three large corporations, including one of the big consultancy firms, were among those initially to have asked for the test.

But for the luxury retail hub in the West End, plummeting visitor numbers are nothing but bad news and retailers have now launched a battle plan to tackle the impact on the sector, setting up the Association of International Retail and unveiling a recovery plan for the industry, which will be put into action when Covid-19 is contained.

The plan, backed by New West End Company – the body representing businesses in the West End – seeks to encourage more high-spending Chinese visitors to the UK after the virus has been controlled. Chinese tourists account for more than 25 per cent of all tax-free sales in the country and the association, which is also supported by Harrods, Selfridges and John Lewis among others, has called for visa enhancements to encourage Chinese visitors to come to the UK and boost the economy after the threat of Coronavirus has faded.

Suggestions for London include making it easier for parents of Chinese students to visit their children, extending the electronic waiver scheme to China, and introducing a ten-year, multi-entry visa. It said it will aim for a “more coordinated and targeted marketing approach” to promote the UK and its major brands to high net worth Chinese visitors. Among its recommendations, the association says more Mandarin speakers should be employed in shops and hotels, Chinese mobile payment systems should be widely accepted and border staff should be friendlier to international visitors.

“London has long been the shop window for luxury and ensuring that business is working together on issues such as improving the visa process for visitors, digitalisation of tax-free shopping and enhancing the airport experience are all crucial in attracting more visitors to the UK and maintaining Britain and London’s competitiveness globally,” says Walpole chief executive Helen Brocklebank.

“Clearly this is going to be a deep period of pain. We have seen footfall drop by 25 per cent and office closures are only going to drive that footfall down even further,” she adds. “But what we are saying to our members is that, in time, this will stop. And our experience is that business tends to come back quite strongly at the end of periods such as this.”

Brocklebank says that, while luxury retailers are limited in what they can do during the height of a crisis, they can continue to communicate with customers across online and social channels and look at their relationships with business partners and staff.

“Luxury is all about experience and periods when, perhaps, a lot more people are at home although not necessarily unwell, does provide an opportunity to engage with them in playful, interesting and sensitive ways. What you don’t want to do is disappear and then suddenly pop up when this is all over, because that can look opportunistic.”

New West End Company stresses that the Covid-19 virus is having a “significant impact on all of us, and our priority is protecting our staff and visitors to London and the West End”.

CEO Jace Tyrrell said: “In London’s West End, we have a seen a 50 per cent decline in visitors (as of March 17), a figure that is growing daily. West End businesses are set to lose over £1 billion and tens of thousands of jobs are now at risk.” The scale of the impact, he adds, will depend on the length of the outbreak and the scale of the recovery.

New West End Company is working to ensure that recovery will be strong by advocating a series of measures to support retailers and businesses across the West End. These include urging the Government to provide temporary rates relief – a move that was announced by the Chancellor only two weeks ago.

“West End businesses are relieved that the Government has gone further and faster than they were seeking to provide the financial support that they so desperately need to face down the challenge of Covid-19,” said Tyrrell. “In promising to do whatever it takes to address both immediate fixed costs and provide longer-term guarantees, the Chancellor has done much to alleviate the anxiety of businesses in retail, leisure and hospitality and the millions employed in these sectors.

“While many challenges still lie ahead, this will take the immediate cashflow and liquidity pressures off many West End businesses, providing them with time and options to take action to protect their employees and balance sheets.”

New West End Company is also asking the Government to add London’s two International Centres to the list of exemptions in the Sunday Trading Act, so that stores do not have to close at 6pm, and to be ready for implementation when the main shopping period for visitors resumes. It believes this move would generate up to £260 million in extra sales each year for retailers, with a quarter of all visitors to the West End arriving from overseas.

Brocklebank adds that communicating and helping partners is another important way that retailers can prepare for the end of the health crisis. “To begin with, if you are a large retailer, then there may be ways you can help smaller or niche suppliers, through flexible payments and so on,” she says.

“How you behave now can engender real long-term loyalty. In addition, if you need help then reach out to those in your supply chain, or to landlords.”

With shop floor staff, the crucial element is keeping them informed, she believes: “Staff need regular communication, even if nothing is changing, to provide reassurance.”

Indeed, reassurance may be the key to London rebounding from the health crisis. As entertainment bible TimeOut changed its logo to TimeIn, the publication reflected: “London has faced far worse than this. Our city’s history is a litany of cataclysms. Fires, plagues, riots and war. In every incidence we have emerged stronger. London’s greatest asset is its people, a hotchpotch of cultures and influences. As long as we look to each other for strength, reassurance and humour, nothing can defeat the city. Love each other and stay safe.”