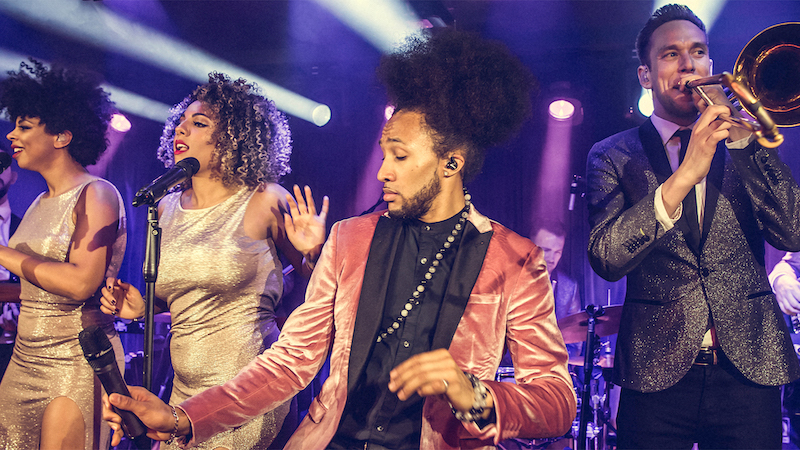 From Andrew Lloyd Webber’s 70th birthday to Katherine Jenkins’ wedding and Simon Cowell’s company party, meet the man the A-listers call when they are in the mood to celebrate. 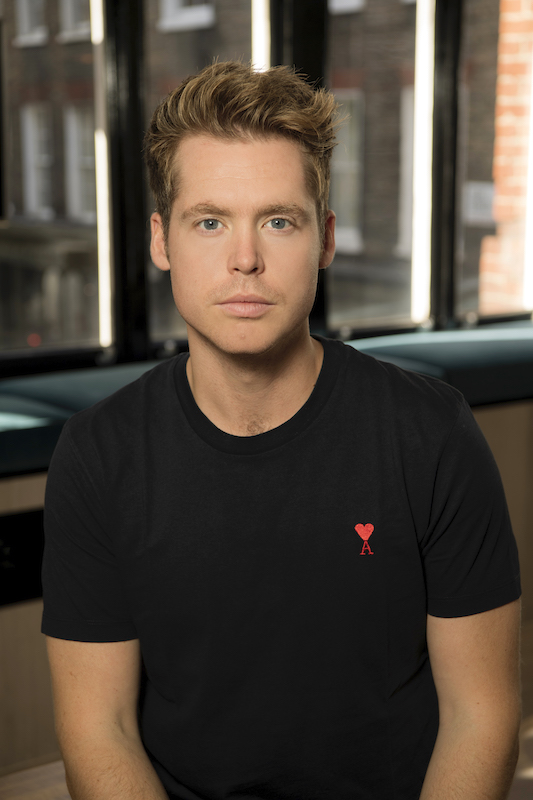 Showbiz names don’t come much better than – jazz hands please – Alex le Roux. The man with the theatrical billing assures me it’s no stage persona (“It’s a real name,” he laughs. “Some people think I’ve made it up,”) but serendipity means that, delightfully, he is in the business of entertaining.

Founder and CEO of ALR Music and music director of The Arts Club in Mayfair – where we meet for coffee – he is the man with the midas touch, providing world-class musicians and bands for some of the most exclusive events on the planet.

Last year he organised 497 events, signing off the year by flying out more than 150 musicians to the La Mamounia hotel in Marrakech and Amanpuri in Phuket for the most lavish of New Year’s Eve celebrations.

When Andrew Lloyd Webber 70th birthday rolled round last year, it was Alex he contacted to provide the music and weddings (roughly a quarter of his overall business) have included soprano Katherine Jenkins and model Poppy Delevinge.

Only a few weeks ago, he organised the music for Molly Whitehall’s big day (sister of comedian Jack, who Alex went to school with) which was dubbed ‘the society wedding of the year’ with guests including Princess Eugenie.

So how did a 32-year-old with a business he established just nine years ago, become one of the leading names in luxury live events and the man that companies from Cartier to Syco (Simon Cowell’s record label – Alex provides the music for their company party) have on speed dial?

Certainly, it was never his plan to be in “the super niche business” that he is in today. There was no storied musical heritage in his family; it was simply a passion for music that propelled him. “No matter what, it was the thing I wanted to go into,” he says. “I grew up playing music, singing, DJ-ing later on in life. Basically anything to stay within the industry I loved.

“I was a singer, then a piano player, then a DJ, I did anything I could stay within the industry. Now I do music for luxury events, but never thought I was going to do that at 18 or 19.” 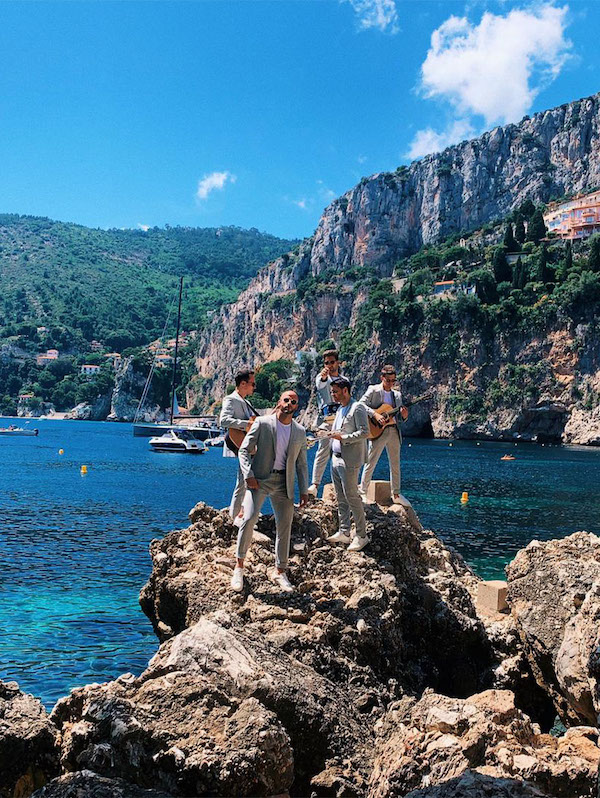 At the third time of asking, he bagged a spot at the prestigious Paul McCartney School of Performing Arts (LIPA) in Liverpool – where there are 30 places for every 1,000 applicants – became president of the student union and graduated with a first-class degree.

“It sounds cheesy, but the best bit about it was the people,” he says. “You were with like-minded people and I attribute my success with the business to meeting these amazing people.”

He says the biggest thing he took away from the experience was developing his “musical ear”. “Actually studying music for years has meant that when we audition people [at The Arts Club], just because they play a blues scale on their saxophone, doesn’t mean they are an amazing sax player.

Alex’s lucky break couldn’t have been much luckier. A junior member of The Arts Club – “which at the time I couldn’t really afford” – he would watch Mark Ronson, then head of music at the club, playing with the Amy Winehouse band.

“It was the most extraordinary thing – on the first night, Noel Gallagher was there with Damon Albarn, the first time they had seen each other in 15 years.

“After two weeks, Mark had other things to do and The Arts Club called me and they needed a band for Friday. It was Wednesday.”

Nerve-wracking, yet exciting, Alex fielded The Soul Jets, who would subsequently become The Arts Club’s first ever house band. “For the first six months, they played every Thursday and Saturday.” Putting their spin on Aretha Franklin to Calvin Harris, they have become of his ALR’s flagship acts in what is an impressive, varied roster. “We have 12 10-piece bands, 12 quartets and 12 DJs,” says Alex. “But we don’t want to be all things to all men… we build individual bands, we’re not an agency. We don’t just find a band, take a booking fee and then off you go.

“We manage, we dress them, we do the video, it’s a proper management company.”

A 13-strong company, not one member is over the age of 35 and all either have a music degree, have studied music or been a musician.

Alex’s connections to Paul McCartney School means that of the 250 musicians he employs regularly, a third are from the university. “We look after Paul McCartney’s horn players, who went to the school, we look after some of the guys who play in Jess Glyne’s band, who sing in Adele’s band, so the quality is high.”

Soul, funk, pop, swing; they have most genres covered and a significant amount of time and money goes into providing videos (a recent one was shot at the Natural History Museum) that act as calling cards for their acts (available to watch on their website).

Providing acts for the global elite means Alex has previously organised music for events at the Yacht Club in Monaco, Rosewood’s Castiglion del Bosco in Tuscany, Kensington Palace (for Poppy Delevigne’s big day) and a party in Puglia where The Soul Jets performed on a floating stage with a separate floating dance floor.

Alex often works with entrepreneur and famed event planner, Sarah Haywood, and last year flew out musicians to the exclusive Hotel du Cap-Eden-Roc for a wedding involving a 16-piece swing band and 20-piece party band. “Sarah has incredible clients and makes it feel very luxury and high-end, without it being too over-the-top, which is a fine line to marry.”

The days of swaying to Don’t Look Back in Anger by Oasis with a half-cut DJ are over. “We’re trying to keep the theatre, as soon as the band finishes, a lot of people go home, right? But not if you have the DJ, the three-piece horn section from Paul McCartney and the drummer from Hans Zimmer, which is what we’ve got.”

Ultimately, he says, it’s about “selling a feeling” – as cheesy as it may sound. “Nobody wakes up the day after their wedding and says, ‘mmm, wasn’t that food delicious last night’. What they wake up and say, next to their partner, is ‘god, my feet hurt, because I was up all night dancing to that amazing band.”