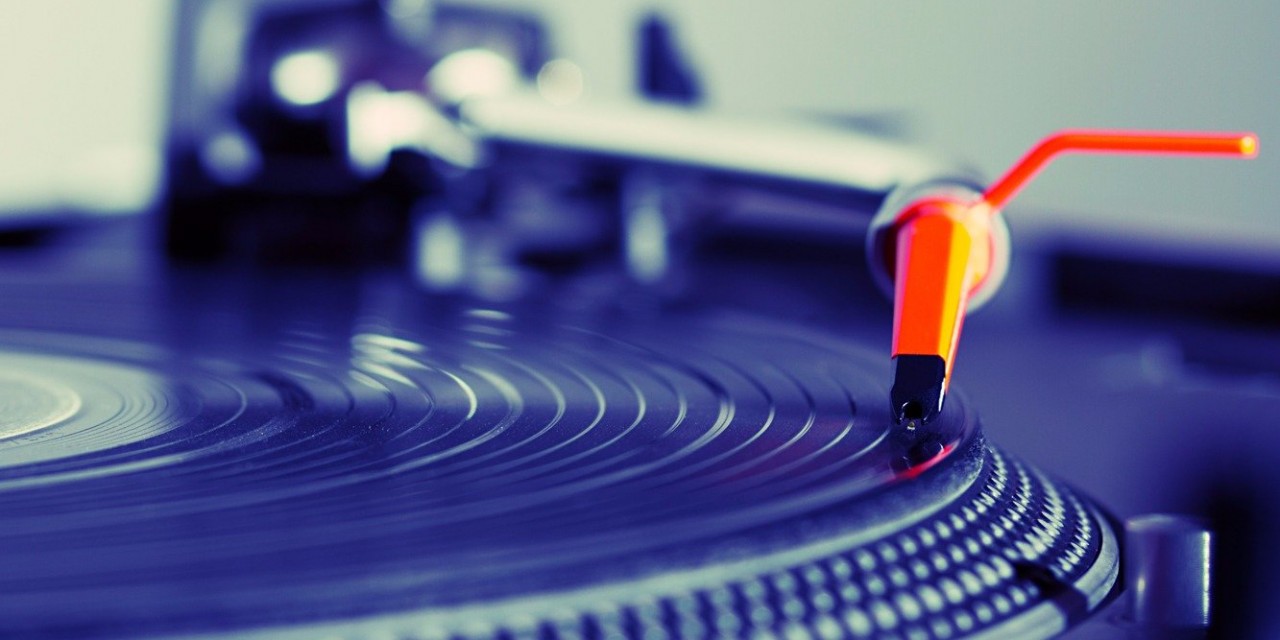 From pioneers in the 60s transforming the blues into a primal, raucous sound; psychedelic forays into the unknown; birthing the anarchic punk movement; and a lasting influence over electronic music: London is world famous for its musical heritage. With sales of vinyl records increasing and a desire for something more tangible than digital downloads, we pick out the best record stores central London has to offer.

Camden can certainly lay claim to being London’s musical heart. It has been the focal point of the punk scene since the late 70s; and in more recent years, the likes of the late Amy Winehouse and The Libertines have trod its infamous streets. Unsurprisingly, vinyl-loving visitors will have plenty to peruse at the various market stalls, selling both classics and undiscovered gems, often at decent prices – Camden Lock Vinyl being one of the longest-standing. Rock and roll, blues and punk are the order of the day; but if you’re more of a reggae and dub aficionado (Camden’s punk and reggae scenes exist harmoniously), then Massive International, perched on the edge of the canal by the KERB food market is the place to go. These guys are experts, spinning rare dub plates on a bass-heavy sound system, guaranteed to pick out something that’ll catch your ear. Head over to Danny Haywood’s Disc Disciples on Camden Lock Place, which specialises in soul, funk and acid jazz, to spin some wax before you splash the cash; or drop into the minuscule Out On The Floor, tucked away on Inverness Street – where the small selection covers everything from Gainsbourg to grunge. 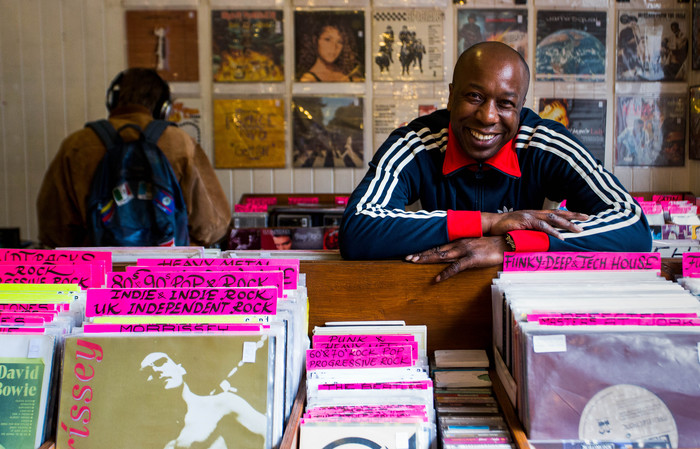 While Camden’s band of record shops and stalls is decidedly no frills, Soho is home to a number of shops that are slicker in their operation. Phonica on Poland Street is the perfect example of vinyl’s influence today, with a varied demographic of crate diggers stopping by to spin the latest techno bangers, electronica and house. Staff here are knowledgeable and leave you to listen to a few records without putting on the pressure to buy; if you look hard enough, you might find a bargain promo copy of that elusive seven inch single.

Leaning more towards the rock and pop side of the musical spectrum are Reckless Records and Sister Ray, both on Berwick Street – famous as the location of Oasis’ ‘What’s The Story, Morning Glory?’. Staunchly independent, Reckless has been serving up second hand wax and a small selection of new releases since 1984 – mainly covering rock and pop, soul and jazz. If you’re not quite sure what you’re after, this is a good place to start – just keep an eye on your watch, as a quick browse can easily turn into an hour of rummaging. 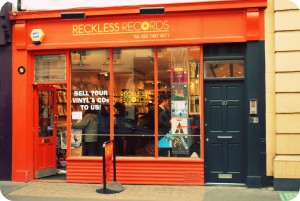 Sister Ray is perhaps the most professional of the record stores in Soho. Set over two floors, the shop features an impressive number of classic albums and lesser known cuts, from most genres you can think of. If you’re looking for something a little more specific, plan a trip to Soul Jazz-affiliated Sounds of the Universe on Broadwick Street – a mecca for sonic explorers, with a superbly curated selection of globally-influenced rhythms and old school hip hop. As well as records, there’s a solid batch of books and DVDs for you to hone your musical knowledge.

One of Soho’s hidden gems is If Music, housed in a second floor space on D’Arblay Street. Formerly located in Fitzrovia, it’s a haven for musical mavens, with the shop stocking rare imports from Japan, leftfield beats and a healthy selection of African, Brazilian and Latin sounds. If classical or jazz is more your speed, Harold Moore Music on Great Marlborough Street – which links Soho to Mayfair – stocks a carefully curated selection of LPs, both new and second hand.

If you’ve exhausted your options in Soho and Camden and still haven’t found that mythical vinyl, swing by Intoxica on Cecil Court. Discreetly located and with a vinyl catalogue to match – the store prides itself on its positively un-mainstream offering – Intoxica was previously based on Portobello Road, at one time a hive of musical activity. A caricature of an old school music shop, complete with cramped conditions and impossible to find records that run the gamut from 1950s rock and roll 45s to 60s beat, psychedelia and b-movie soundtracks, it’s well worth braving the cynical glances of its monosyllabic staff.