A Home From Home 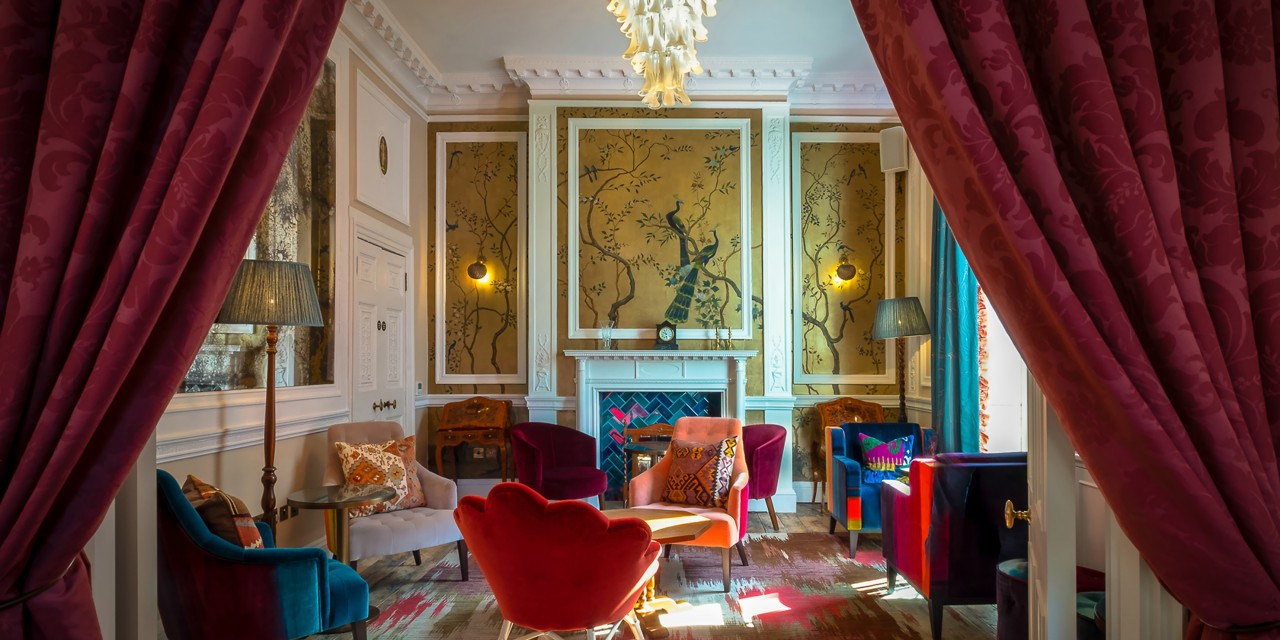 With the pandemic prompting flexible working patterns, many are shunning the office in favour of members’ clubs that suit their needs. Here are four places in Mayfair and St James’s that offer strong working environments

By Jonathan Whiley and Alice Cairns

While the pandemic’s impact on businesses has been severe, it has prompted a record number of new entrepreneurs to launch start-ups. According to the Office for National Statistics, 107,310 new ventures were registered in London over the past year. Home Grown, a private members’ club in Marylebone, has attracted many entrepreneurs since opening its doors in spring 2020. The club’s programme of events include exclusive insight and access across areas such as finance, leadership and wellbeing, in addition to mentoring programmes. 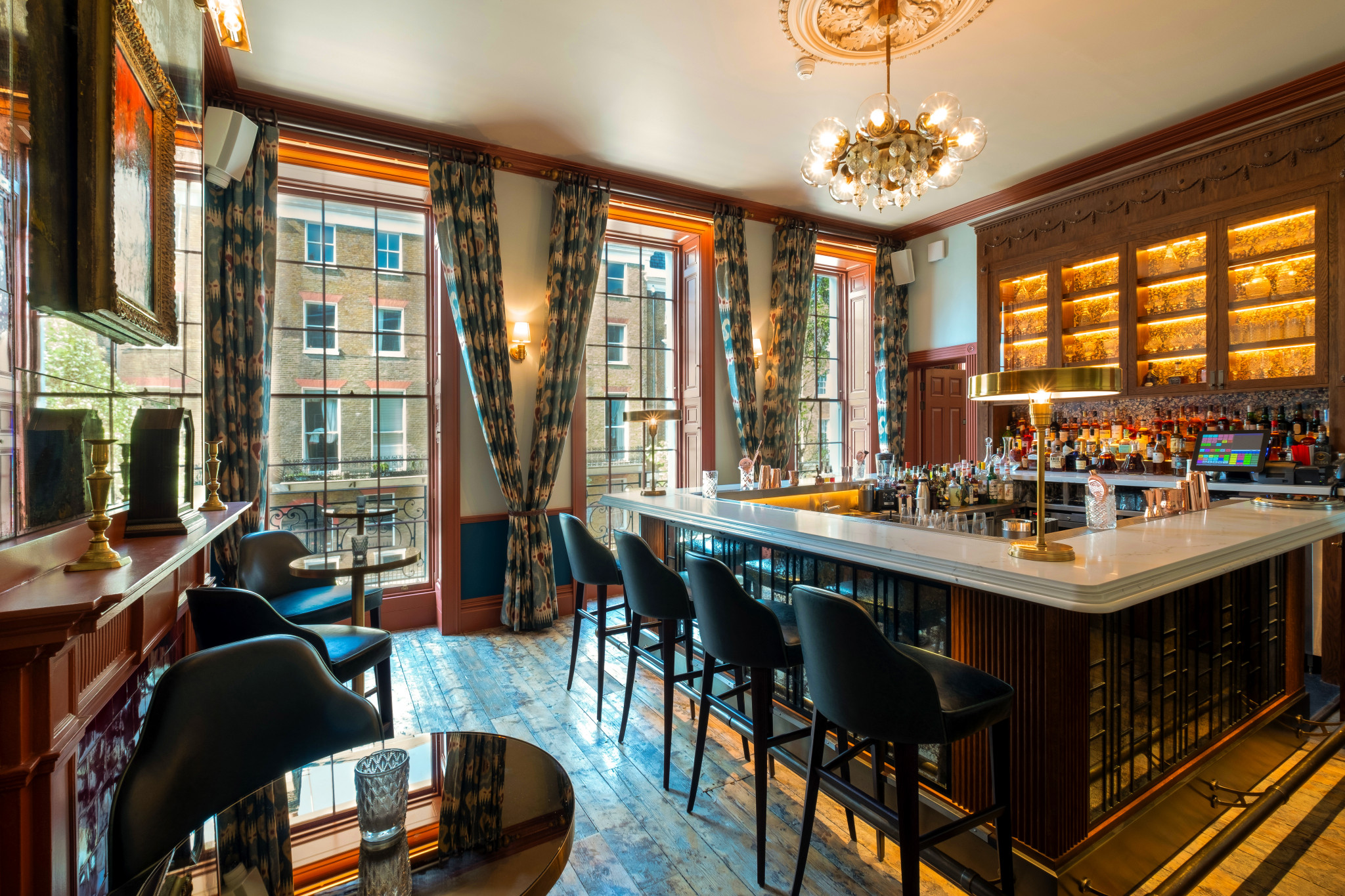 A six story building with interiors by Russell Sage Studios, there are 35 bedrooms (from £100 per night for members) and private meeting and event spaces with super-fast Wi-Fi, air conditioning and the latest audio and visual technology. There is also a study cafe, business lounges, pitching suites, a British seasonal restaurant and cocktail bar. Part of the Home House Collection, the club’s ambassadors include the likes of Helen Brocklebank, CEO of Walpole and Richard Farleigh, former BBC ‘Dragon’.
44 Great Cumberland Place 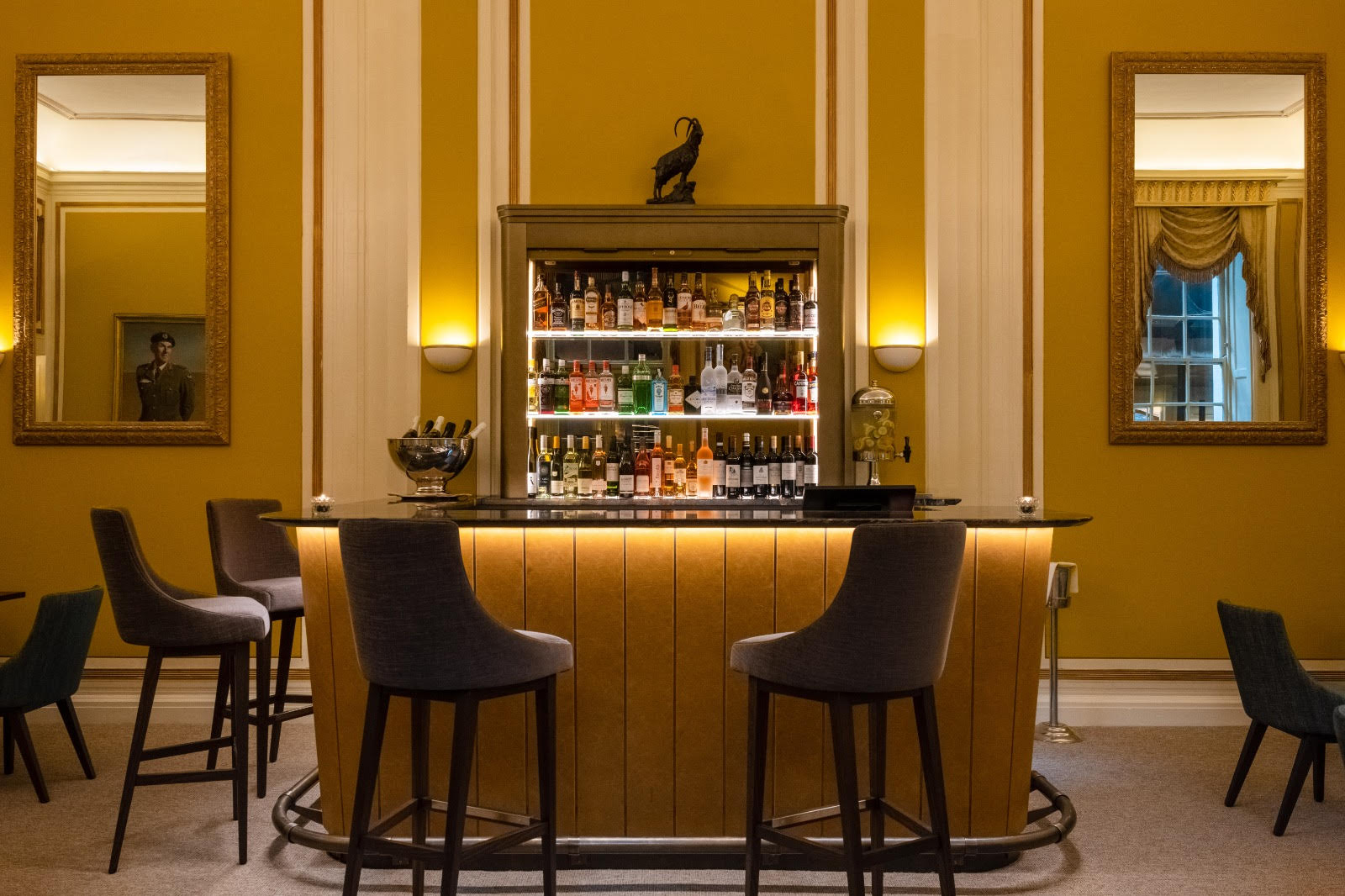 The In and Out Naval and Military Club

Historically a home for military officers, the In & Out Club is now open to civilians. Centrally located on St James’s Square, this serene space offers facilities that are second-to-none, including a health club with swimming pool, a library, an opulent Coffee Room overlooking St James’s Square and a tranquil courtyard for summer barbecues. Members will also benefit from a network of 130 reciprocal clubs around the world, meaning that they can be assured of a warm welcome wherever they travel.

“Post-pandemic, people are moving out of London – but they continue to use their club as a kind of London home” says club secretary, Anthony Lee. “We also have some wonderful working facilities on offer so that our members can attend to business without venturing into the office.” A dedicated onsite boardroom, fully equipped with multi-media technology, is perfect for hosting meetings. There’s also a Business Centre complete with private desks, large seating areas and workstations where members can work away in a relaxed atmosphere.
No. 4 St James’s Square 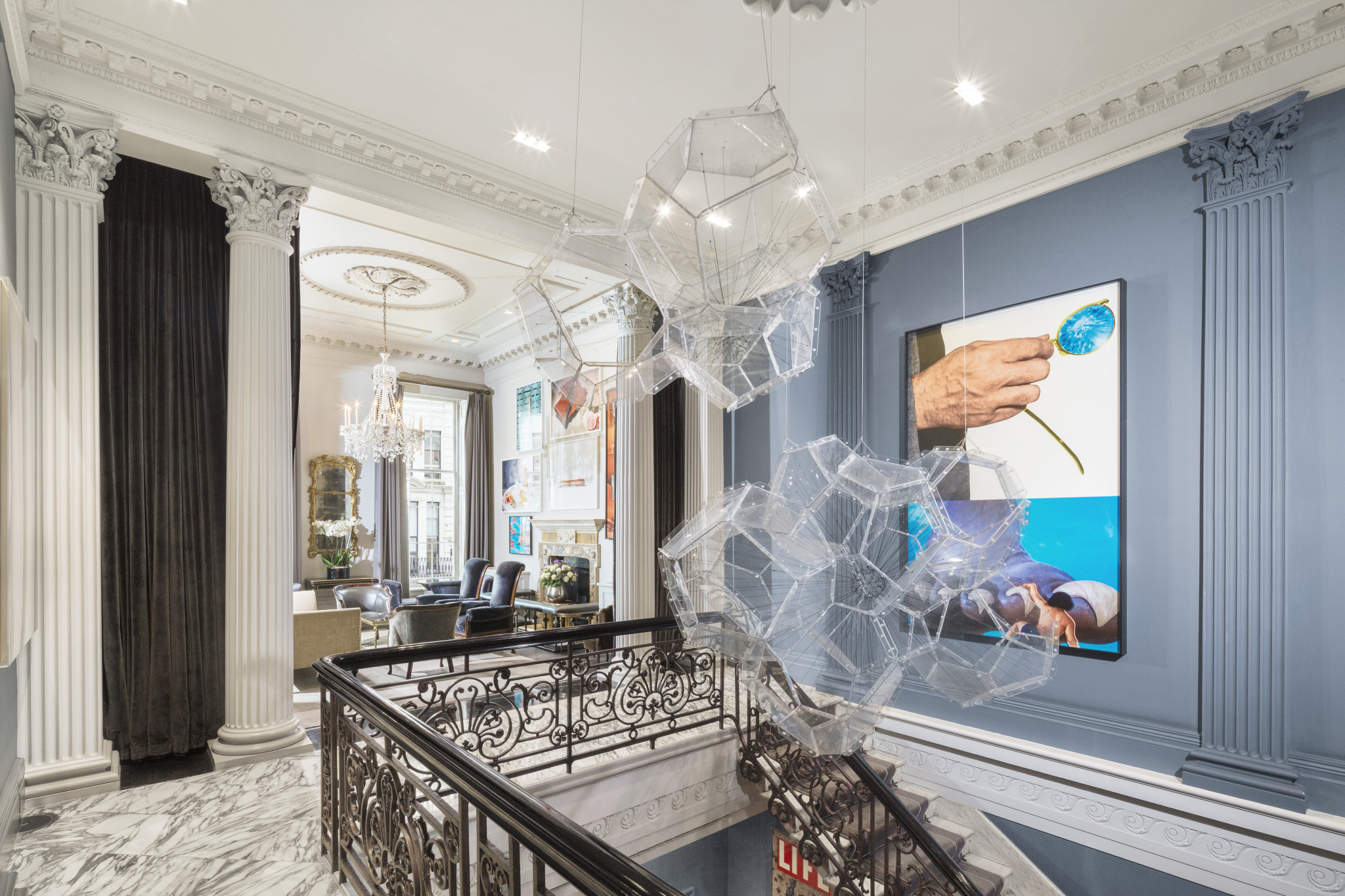 A long-time favourite of those seeking a balance of business and pleasure, the Dover Street members’ club dates back to 1863. “The appeal of environments like The Arts Club for many, is that everything you could need is housed under one roof,” CEO, Rémy Lysé, tells Mayfair Times. The emphasis, he says, is very much on community and providing opportunities to meet and connect with fellow members. “Since long before the pandemic we’ve endeavoured to create a nurturing environment that members see as a home away from home,” he says.

“Some will come to work, while others might choose to break up their day by engaging in the club’s stimulating cultural programme, with gallery tours, panel discussions and workshops which continues to attract members from myriad backgrounds, intrigued by new perspectives and alternate approaches to business and life.” The Members’ Lounge provides a light, airy space in which to work throughout the day, while by night the atmosphere changes with DJs setting the soundtrack to evenings in the club. From Thursday onwards, late night cocktail bar, Leo’s, is the place to be; hosting performers followed by DJs until 3am.
40 Dover Street

The University Women’s Club is celebrating its centenary at 2 Audley Square this year. A hidden gem in the heart of Mayfair, it’s a safe haven where female students and graduates can enjoy good company and a stimulating programme of intellectual events. Members can treat the space as a home from home, staying in one of the 22 bedrooms, reading in the wood-panelled library, or enjoying a cup of tea in the tranquil garden. Subsidised membership is available to young people, which accounts for a thriving community of under 35s. The club is also unique in the UK as the only wholly owned by its female members, including the freehold on the property in Mayfair.

Since the pandemic, the University Women’s Club has also made accommodations to suit new, flexible working patterns. According to general manager Alex Maitland, the club is in the process of expanding its business facilities so that members can work in comfort. “We’re adding video conferencing to our meeting rooms, in recognition of the fact that not everyone who is in your meeting will actually be in the room!” says Alex. “We’re also quite unusual in that there’s no area of the Club in which business is forbidden. We recognise that the line between work and leisure has become blurred, and we want to accommodate that ‘new normal’ wherever possible.”
2 Audley Square