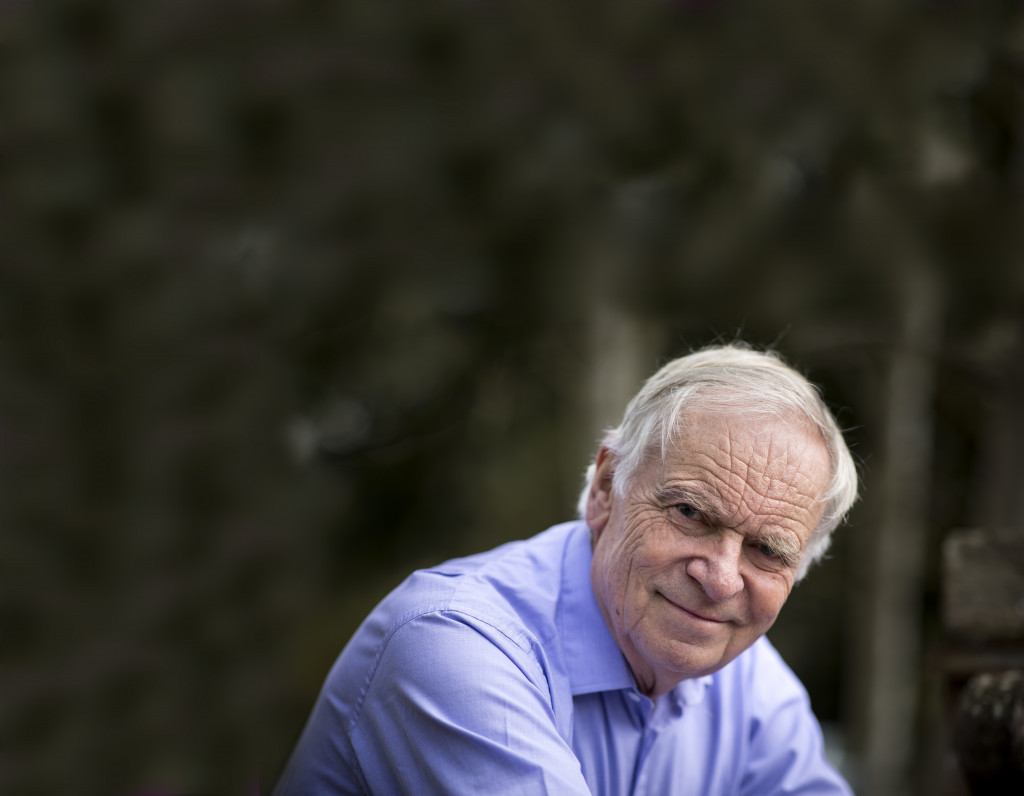 With his latest crime novel just out, bestselling author and former politician Jeffrey Archer shows no signs of slowing down

Autumn sunlight is shimmering on the Thames from my panoramic perch; the plumpest of sofas at Jeffrey Archer’s penthouse where – rather fittingly – he can survey much of Westminster.

Baron Jeffrey Archer of Weston-super-Mare is refreshingly honest about the privileged view which he bought from F1 magnate Bernie Ecclestone nigh-on 40 years ago. “Well, the readers pay for it, got to be realistic,” he says. And we haven’t even started on his exquisite art collection.

It’s a gull’s-eye view that would give the richly detailed Aggas map of Elizabethan England a run for its money, but then Jeffrey could be considered something of a modern Elizabethan Renaissance man himself. A storyteller extraordinaire, his books have sold in their millions.

And then there is his political career; he was the MP for Louth at just 29 and became deputy chairman of the Conservative Party, serving both Margaret Thatcher and John Major. In 2001, he served at Her Majesty’s pleasure after committing perjury in a trial (in a 1987 libel case against the Daily Star); sentenced to four years in which he wrote a three-part series titled ‘A Prison Diary’.

Expelled from the party, he would go on to sell millions more books – the latest of which, Over My Dead Body, “a story of murder, revenge and betrayal” is fresh off the printing press.

Yet the 81-year-old’s writing skills –  he is the son of a journalist mother – was born of adversity. “I’d left the House of Commons, in terrible debt, and sat down and wrote the first book Not a Penny More, Not a Penny Less, because I couldn’t get a job,” he says. “I thought it was a good story, but I couldn’t get a job, and I assumed it would be published immediately and it was turned down by everybody. Everybody turned it down, 16 houses!”

So, is it lovely to be able to laugh on the other side of your face now? “Yes!” he laughs, “Quite right!”

You’d be forgiven for thinking that in his ninth decade, Jeffrey might be taking things more slowly. Not a bit of it. When I arrive, he is troubled by the rising Covid figures of the day and I moot that he must be relieved to not be in government currently: “No, I’d love to be running the whole damn thing! 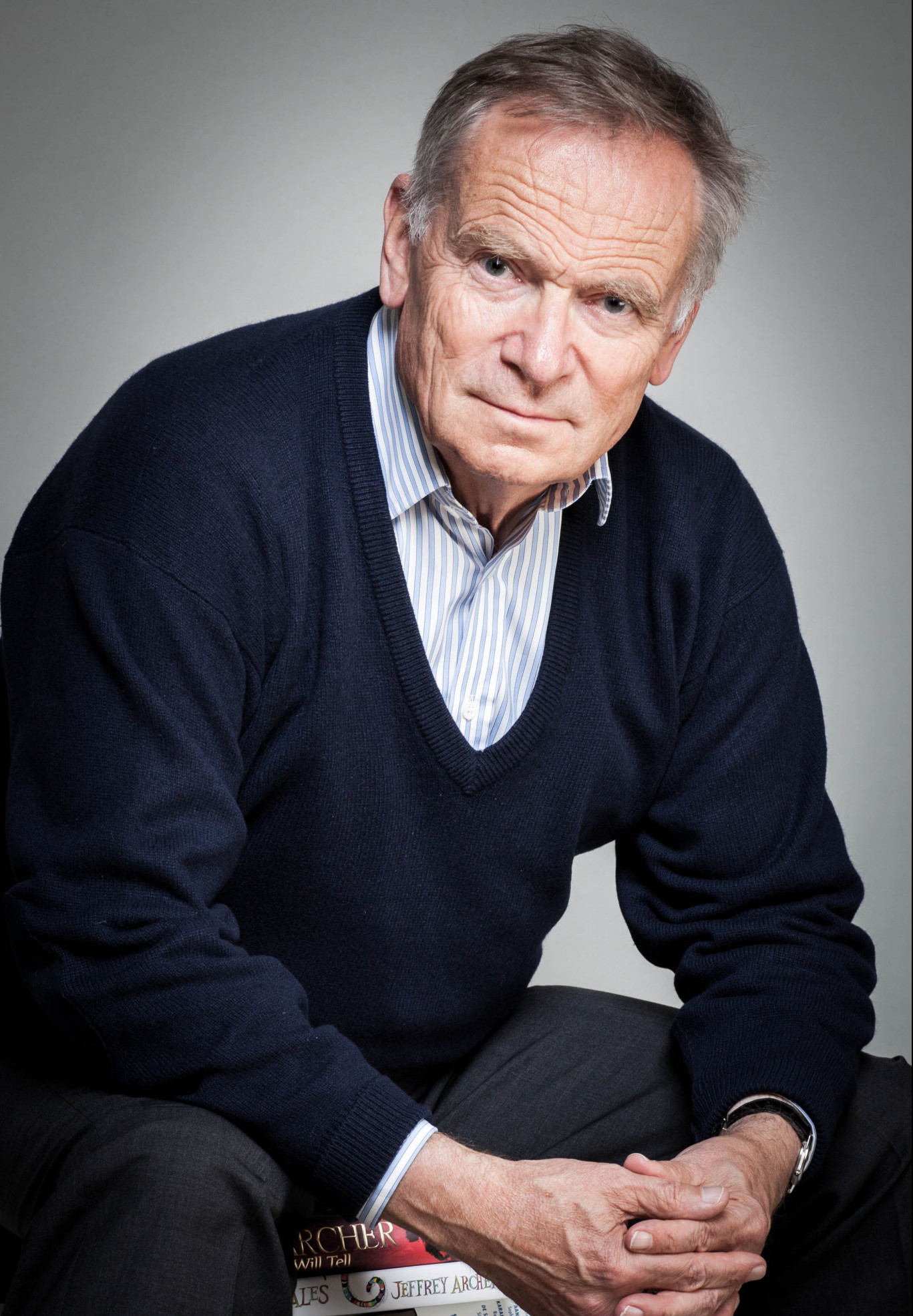 “I’m sitting here not doing anything, I’m writing books, living the way I live, I would love to have been involved. My friend, the boy who I brought up got the job, Nadim [Zahawi, the education secretary], I’d love to have done that job.”

Although he insists that once you’re out of politics, you may as well be a million miles away, he still has his finger on the pulse. “I’ve currently got four people in the cabinet to chat to, and they were all sitting there on that sofa once saying, ‘I want to be a member of parliament’.”

We meet days after the tragic death of MP Sir David Amess, who Jeffrey knew well. “So terrible. Knew him very well. I remember him as a young councillor; very ambitious wanting to be a member of parliament, but not ambitious for office, interestingly, just wanted to be an Essex member of Parliament, that was his idea of heaven.”

He says he “feels for young people going into politics now in the new era” and is bemused that politics of the eighties and nineties still fascinates. “

There are a lot of people who feel that the days of Margaret Thatcher were fairly remarkable. We didn’t think so at the time, how could we?

And working with her for 11 years it never struck me that I was going to say 30 years later, was she one of the great Prime Ministers in history? No, you don’t feel that at the time. What will they say about Boris in 30 years’ time?”

He remembers Thatcher’s resignation vividly. “It was terrible, I was with her – we moved her into the flat in Eaton Square… 15 years after [she left] I was with her more than I was when I was working for the party. We would go every Sunday at 6pm.”

Margaret and Jeffrey’s wife, Dame Mary Archer, became firm friends, but Margaret was never reconciled to her loss of position.

“Well, she had 11 years, that was quite enough. I never had the courage to say that to her by the way!” 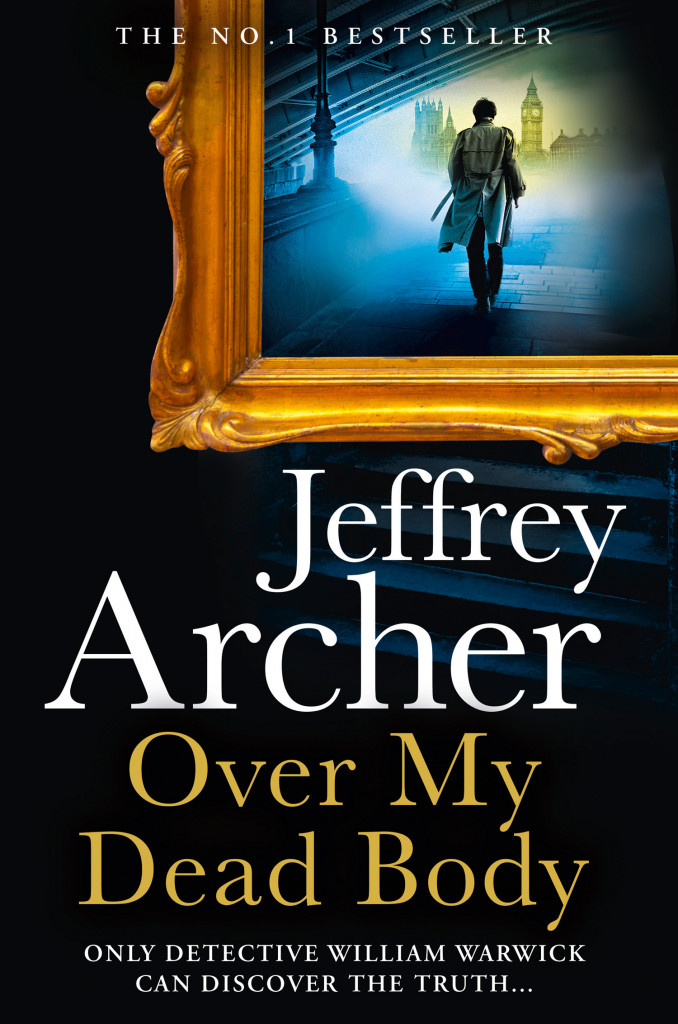 We reminisce about the late John Smith, the Labour Party leader who died prematurely and was reckoned by many to be a future Labour PM.

“Lovely man. We went in-house together, he was a good friend. I was doing a Scottish tour once when he had a heart attack. I rang the hospital to ask if I could see him and they said he wants to see you now! I went straight in and sat on the end of the bed, and he talked to me about Tony Blair and Gordon Brown. In those days he was shadow business secretary and he’s just appointed these bright young things, and he said ‘watch them Jeffrey, watch them carefully!’ and I reported back to Margaret. He was a thoroughly good human being and I think he would have made a very good prime minister.”

Jeffrey still worries about democracy in the UK and was appalled at shadow chancellor Angela Rayner’s recent comments about ‘Tory Scum”.

“She did so much harm to her party. Does she not want them elected? The death of David Amess hasn’t helped her, because the outpouring of affection from all over the house shows just how wrong she is. It could be very bad, because we will stay in forever and that’s not good. A democracy needs the thing to switch, and if she becomes leader, they won’t. Corbyn has a lot to answer for.”

So, with a new book, a chock-full diary and indefatigable energy that he shares with his wife, it seems that the Archers remain evergreen. Jeffrey concedes that his regime is “vicious! I think both Mary and I learned our work ethic from Margaret actually. But I’ve been very privileged, and to have a simple gift of telling a story, incredible. I can’t complain.”

Would he change anything that the slings and arrows of outrageous fortune have brought his way? “No, you only get one life,” he says. “I’ve been lucky, lucky, lucky.”

Over My Dead Body, published by HarperCollins, is out now.