Sir Winston Churchill’s Old War Office – once a backdrop to royalty, politics, scandal and spies – is soon to open as a Raffles – branded hotel and luxury residences

Imagine, if you will, dining in the very room where Sir Winston Churchill’s pen blotted papers marked for his eyes only, where soaring oak panelled walls are still infused with cigar smoke, steeped in the hush and whisper of wartime diktat and the timbre of embattled doggedness.

Or standing, bulldog proud a la Bond in Skyfall, on a rooftop overlooking Horse Guards and St James’s Park, breathing in the heightened air of Whitehall heritage and eminence grise, the view punctuated by iconic turrets and the red, white and blue of Union flags fluttering in the wind.

For a cool £5 million plus, either of these scenarios, and many more besides, could become a reality. After decades shrouded in secrecy, the iconic Old War Office in Whitehall is now transformed into a private residence unlike any other. Following the sale by the MOD in 2014 to Rich List titans the Hinduja brothers (for a rumoured £350 million), the building, now known as The OWO, is now mere months or so away from opening as the most glamorous address in London – half Raffles hotel and half glorious private residences. As Raffles’ first foray into the UK and Europe, it’s a vodka martini (shaken not stirred) meets Singapore sling love-match in a marriage of prestige and history. 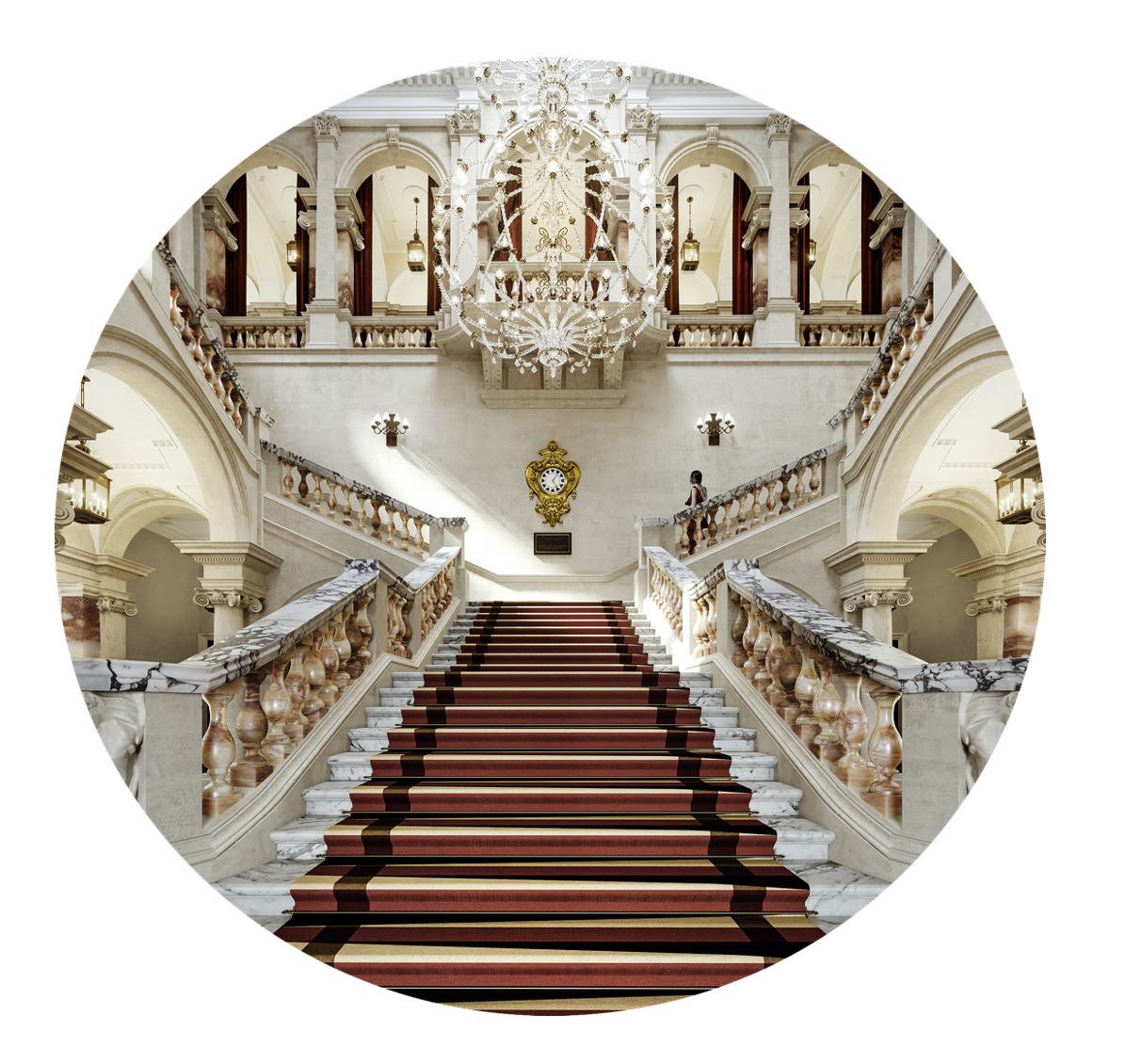 It may only be a little over century old, but few buildings could evoke such compelling old-world glamour as The OWO. Built on the site of the old Whitehall Palace, royal residence to monarchs starting with Henry VIII in 1530, the Edwardian baroque style building was initially built with bureaucracy in mind, housing 2300 officers.

During the First World War, it was the working post for Lord Kitchener, whose ‘Your Country Needs You’ campaign inspired a million new recruits, and T.E Lawrence of Lawrence of Arabia fame. Churchill’s office, the Haldane suite, would, half a century later, be the same room that a smitten Secretary of State for John Profumo would take Christine Keeler to ‘to show her around’, oblivious to the fact that she slipped from his arms into those of a Russian spy.

From within these walls Ian Fleming, working for the Naval Intelligence Division, drew inspiration for the character of James Bond. Working as liaison with the Secret Intelligence Service (a service born in the building) of the War Office, he was involved in planning Operation Goldeneye and intelligence units 30 Assault Unit and T-Force; Inspiration would not be hard to come by. Political heavyweights including Prime Minister Herbert Asquith, David Lloyd George and Anthony Eden also worked within the OWO walls.

Two-bed apartments start at £5.8 million. Penthouses and larger apartments will be POA. 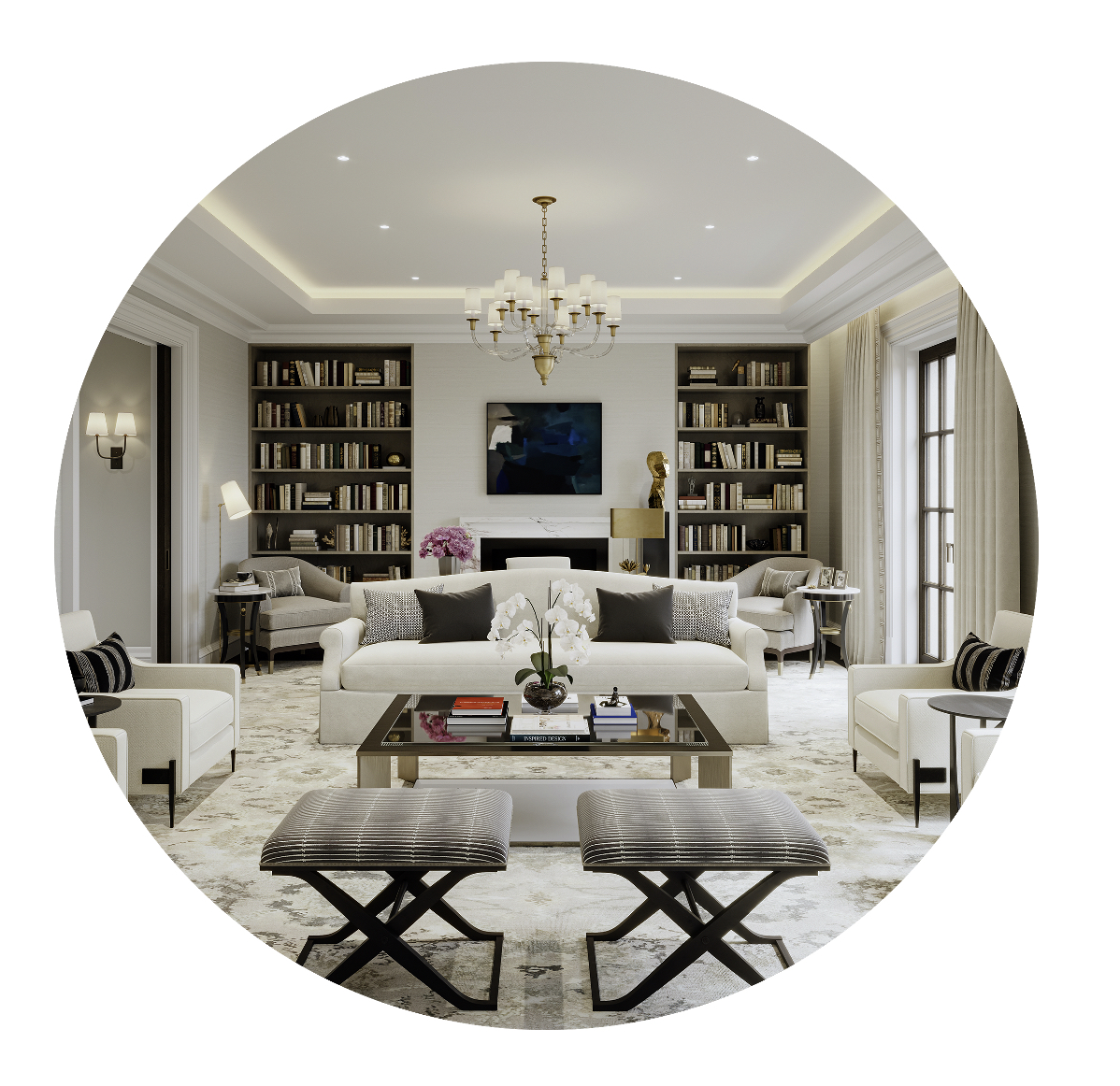 Each one will feature awe-inspiring architectural proportions, many ceilings run to 4.4 metres high, and two apartments will occupy the turrets above London’s skyline.

The central cobbled courtyard will be a Zaha Hadid pavilion doubling as one of the nine restaurants in situ. The restoration of the old messenger rooms and features including mosaic floors and lashings of marble will ensure that the impact of this Edwardian nod to empire, power and grand architecture will continue to make its mark. For a breath of fresh OWO air there’s outdoor space in Marcus Barnett’s spectacular garden, and further facilities include multiple gyms, access to an impressive hotel pool, multiple lounges and a 16-seat cinema for private screenings.

Raffles Hotels & Resorts will be operating The OWO’s 125-room and suite flagship hotel as well as the 85 branded residences, delivering the service synonymous with the Raffles brand to residents 24/7.

The Hinduja Group has worked with a team of experts including Historic England and Museum of London Archaeology, and appointed EPR Architects to oversee the intricate redevelopment, while the hotel’s interiors are being designed by New York-based designer Thierry Despont. The entire project is seen as a celebration of the building’s history and location. 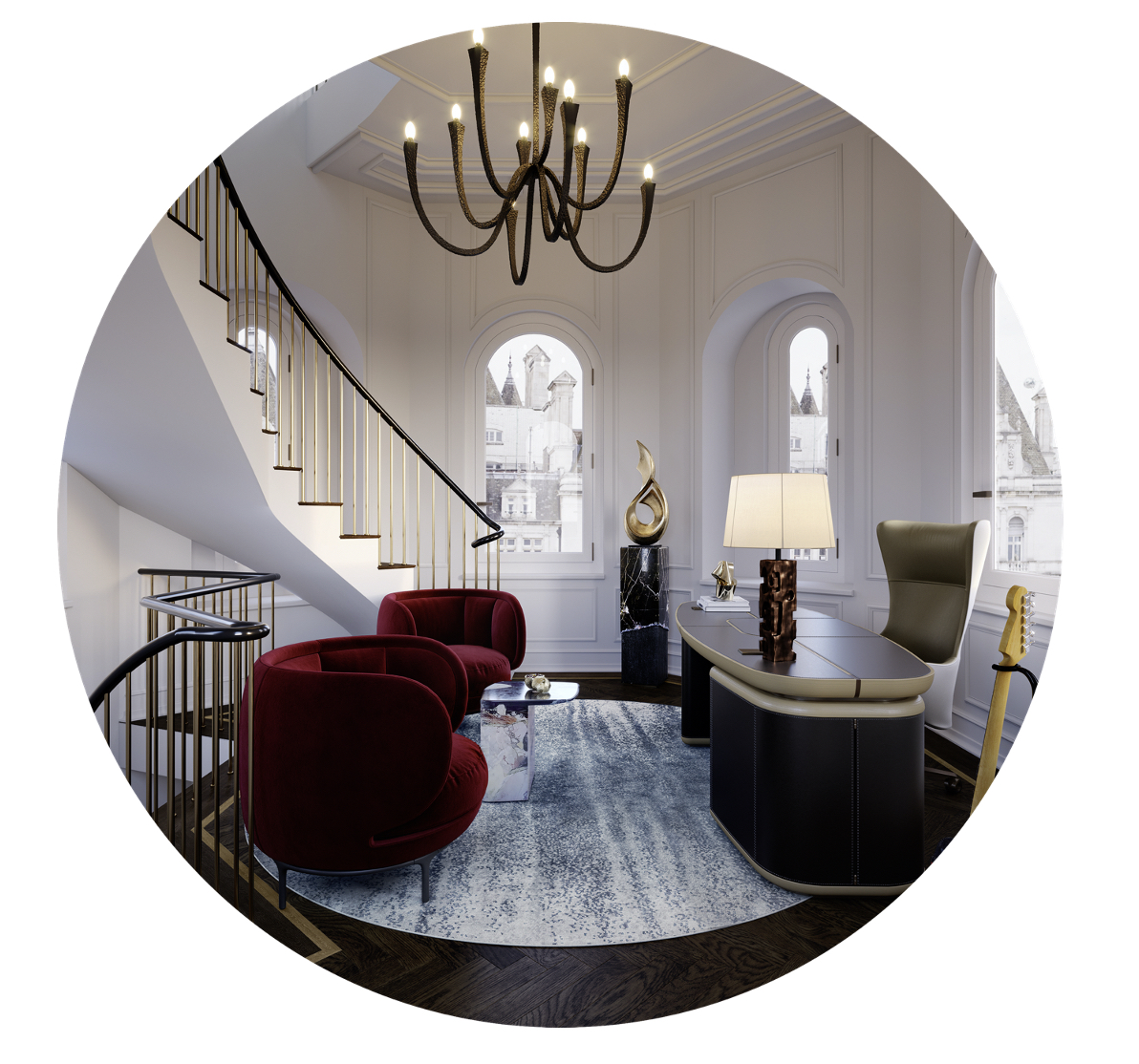 “London is one of the best cities in the world, steeped in history and tradition, and has been our home for over forty years,” says Hinduja Group co-chairman Gopichand P Hinduja.“With our knowledge and experience in restoration of historic buildings, everything we do, and every decision made on The OWO is underscored by our passion and respect for the heritage of the building and long-term commitment to London.”

Accor-owned Raffles considers the partnership something of a homecoming: “Raffles is a pioneering brand with British roots, named after the British statesman and founder of Singapore, Sir Thomas Stamford Raffles, so it is very fitting that Raffles is coming home to the UK,” says CEO Sébastien Bazin.

“The inherent majesty and grandeur of this site is entirely in keeping with the Raffles brand and, to have unearthed an opportunity within such historic walls to deliver a flagship hotel and the first Raffles branded residences in Europe marks a significant moment for the Accor group.”

With Inigo Jones’s 17th-century Banqueting House next door – complete with its ceiling painted by Rubens, Downing Street just yards away and Westminster within a stone’s throw, the OWO sits within the fulcrum of government and establishment. 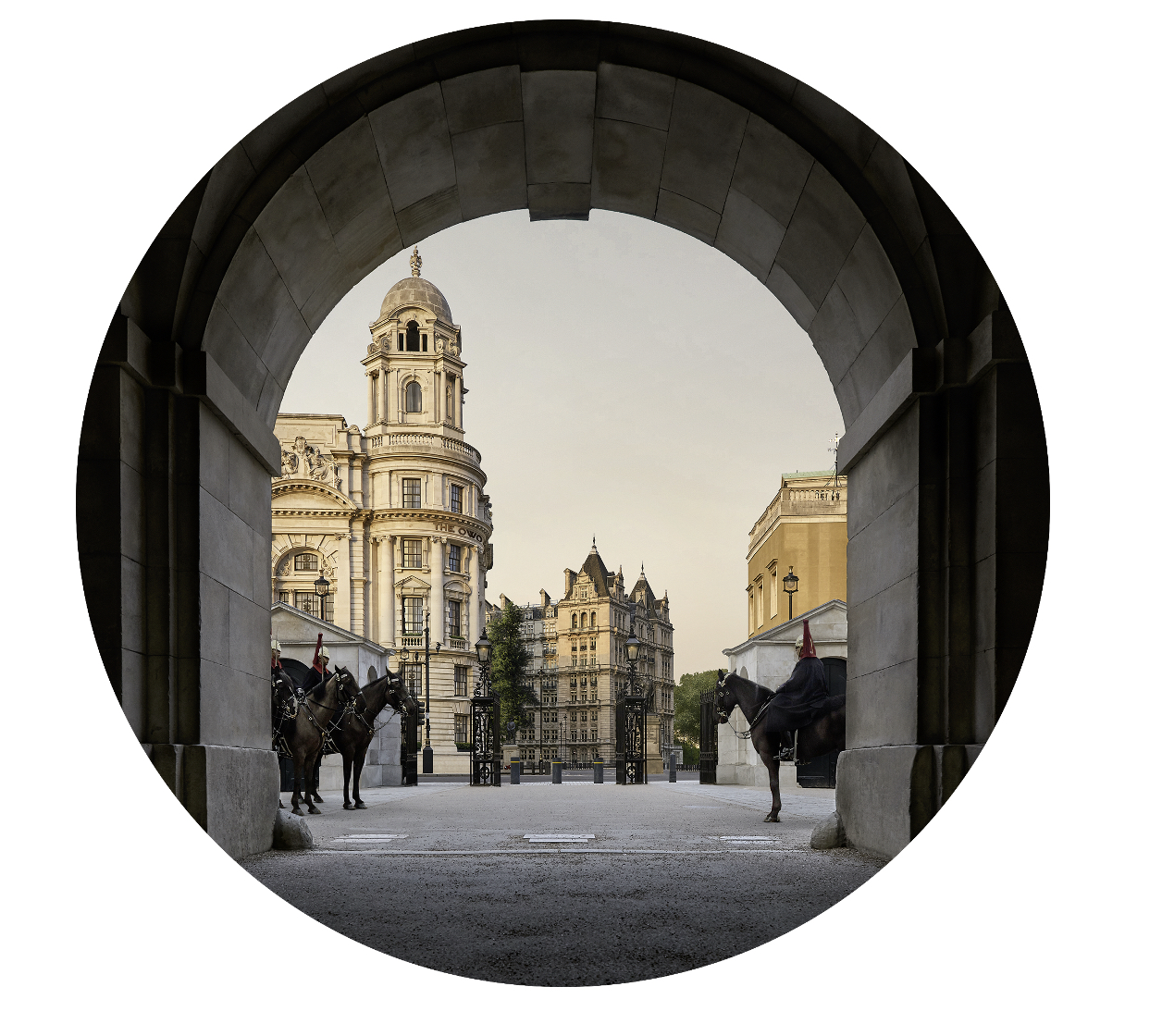 It may be surprising, still, to some that such a building could be sold by the government as part of a downsizing and cost-cutting scheme. The OWO is prime property of the highest order, reflecting the times we now live in as it did when the foundation stone was laid.

The OWO Residences by Raffles are now on sale. The hotel will open in early 2022, theowo.london 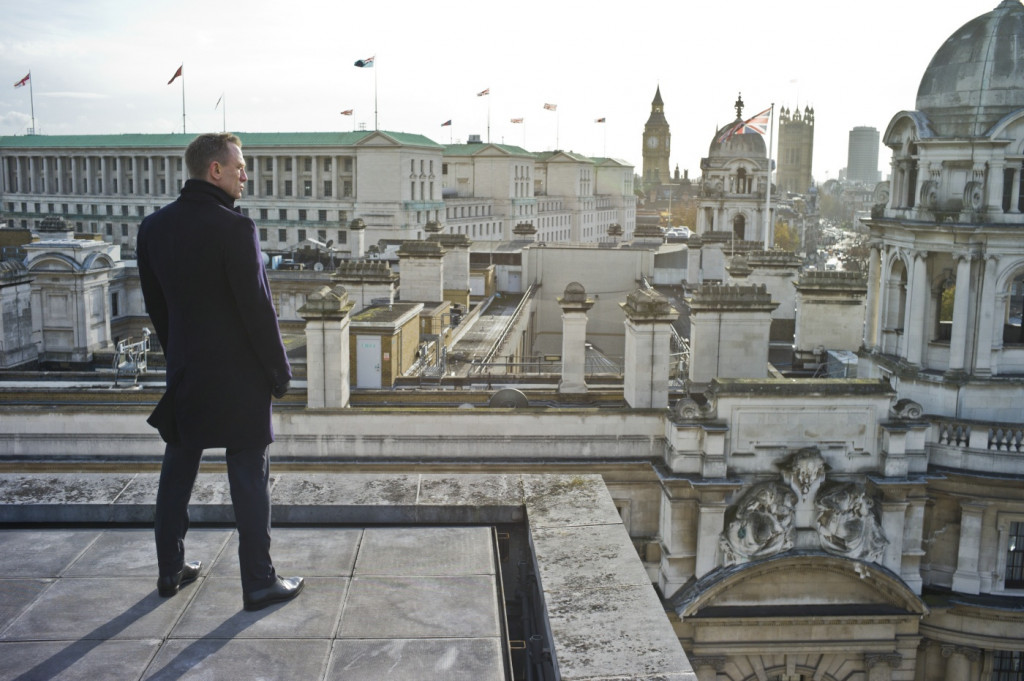 The War Office was the natural backdrop location for James Bond, and was first shown as the MI6 base in 1983 in Octopussy, with Roger Moore playing Bond.

Further appearances were in A View to a Kill (1985), Licence to Kill (1989), and in Skyfall (2012), featured at the end when Daniel Craig looks out over London’s skyline next to the turret of the War Office, and again in Spectre in 2015, when Bond and Madeleine Swann drive off in the iconic Aston Martin.

In 1963, the War Office wrote to the Bond filmmakers advising that the War Office was unable to loan or sell flame-throwers for the making of Dr No “as these are considered prohibited weapons.”

The interior also featured in the Battle of Britain film, where Sir Laurence Olivier strides down corridors as Sir Hugh Dowding, and the rooftop featured more recently in Netflix series ‘The Crown.’