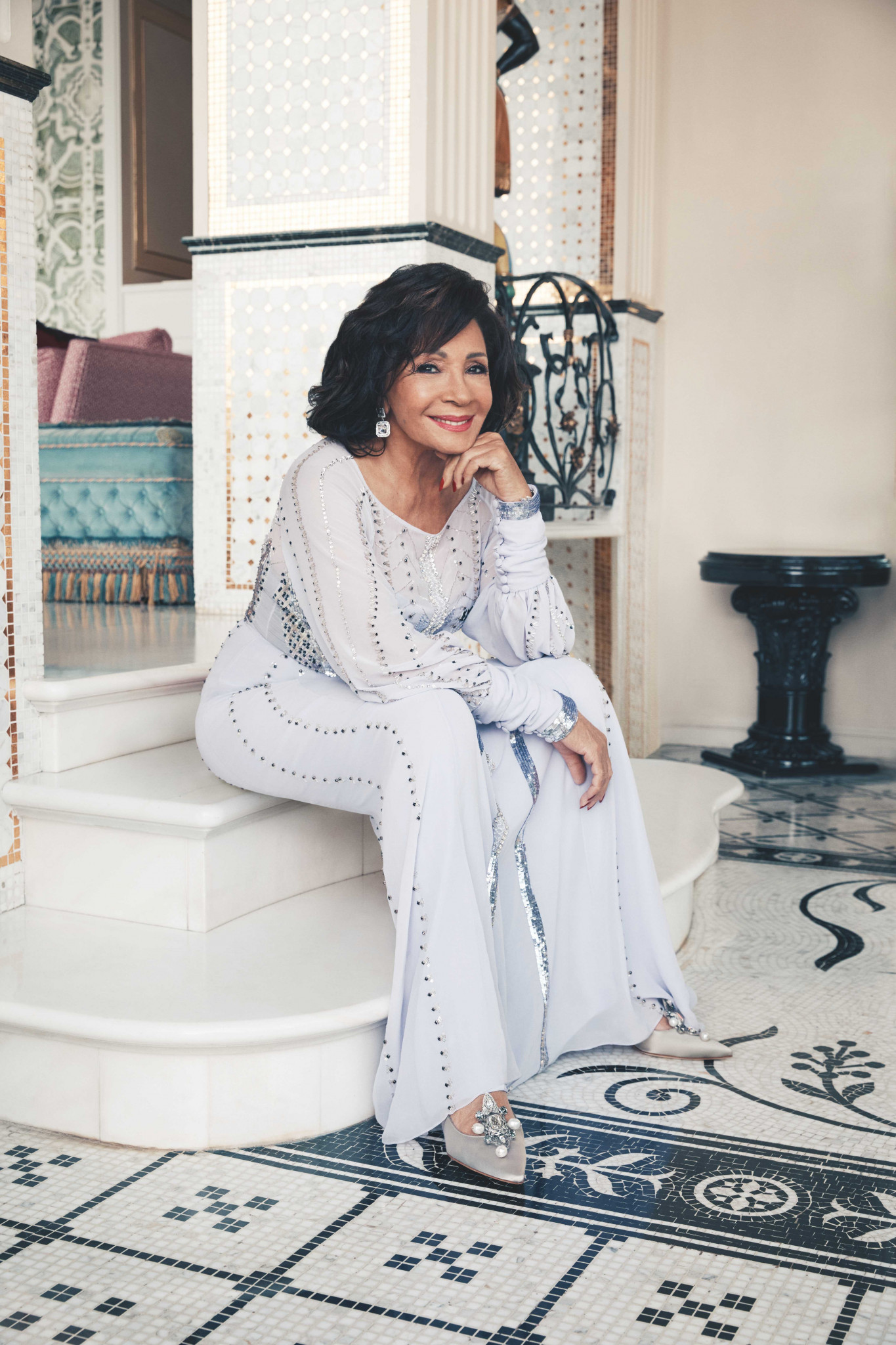 With the release of her final album, Dame Shirley Bassey became the first female artist to chart a top 40 UK album in seven consecutive decades.

In a rare, exclusive interview, the music legend reflects on her glittering career, her life in Monaco and her favourite James Bond

It’s hard to think of anyone so synonymous with showbiz – the glitz, the glamour, the sheer bejewelled
razzmatazz– as Dame Shirley Bassey. Now 84, she remains as dazzling as ever; the eternal twinkle that first entranced audiences as a teenager remains ever present, as does the A-list mystique.

The Dame – as she is known to many of her friends – doesn’t really do interviews, but Mayfair Times has been given a rare audience and one of Britain’s most successful recording artists is in a playful mood. When I ask her favourite memories of Mayfair, she replies without missing a beat: “It has a very good magazine!.” A reminder, if any were needed, that there is nothing like a Dame.

Her life story is well documented, yet worth revisiting. Born in Tiger Bay, Cardiff, to a Welsh mother and a Nigerian father, she was the youngest of seven children. The family moved to the Splott area of the Welsh capital when she was a toddler. A working-class neighbourhood with a giant steelworks, it was gritty a decade ago when I lived there (to put it mildly), let alone in the post-war 1950s.

At 15, she left school to pack chamber pots at an armaments factory in the city (where she was ticked off for singing) and would perform at local pubs in the evening, first taking to the stage at the fantastically named Bomb and Dagger.

While motherhood followed at 16 – she gave birth to her first daughter, Sharon – she was still able to perform at theatres. Three years later, after being spotted by producer Johnny Franz, she was offered a record deal and released her first single, Burn My Candle, in 1956.

She has since produced a staggering 70 albums – clocking up impressive record sales of nearly 140 million – including her farewell album, I Owe It All To You, released last year. It’s “a celebration of 70 years in showbiz – 70 years of support from my fans and 70 years of music. I’ve trodden the boards of many stages and kicked up many a diamante heel!,” she says.

All but the title track of her final album are covers; chosen “because the songs feel very personal and connected to my life”. Mercifully, she hasn’t lost her glorious ability to make the hairs on the back of your neck stand on end.

How has she maintained such power at an age when many stars often lose theirs? “I never stopped doing my vocal exercises, even when I wasn’t touring,” she says. “Then nature did the rest.”

Her soaring, expansive voice made her a natural fit for James Bond; she sang three of the most iconic theme songs, including 1964’s Goldfinger, Diamonds are Forever (1971) and Moonraker (1979). 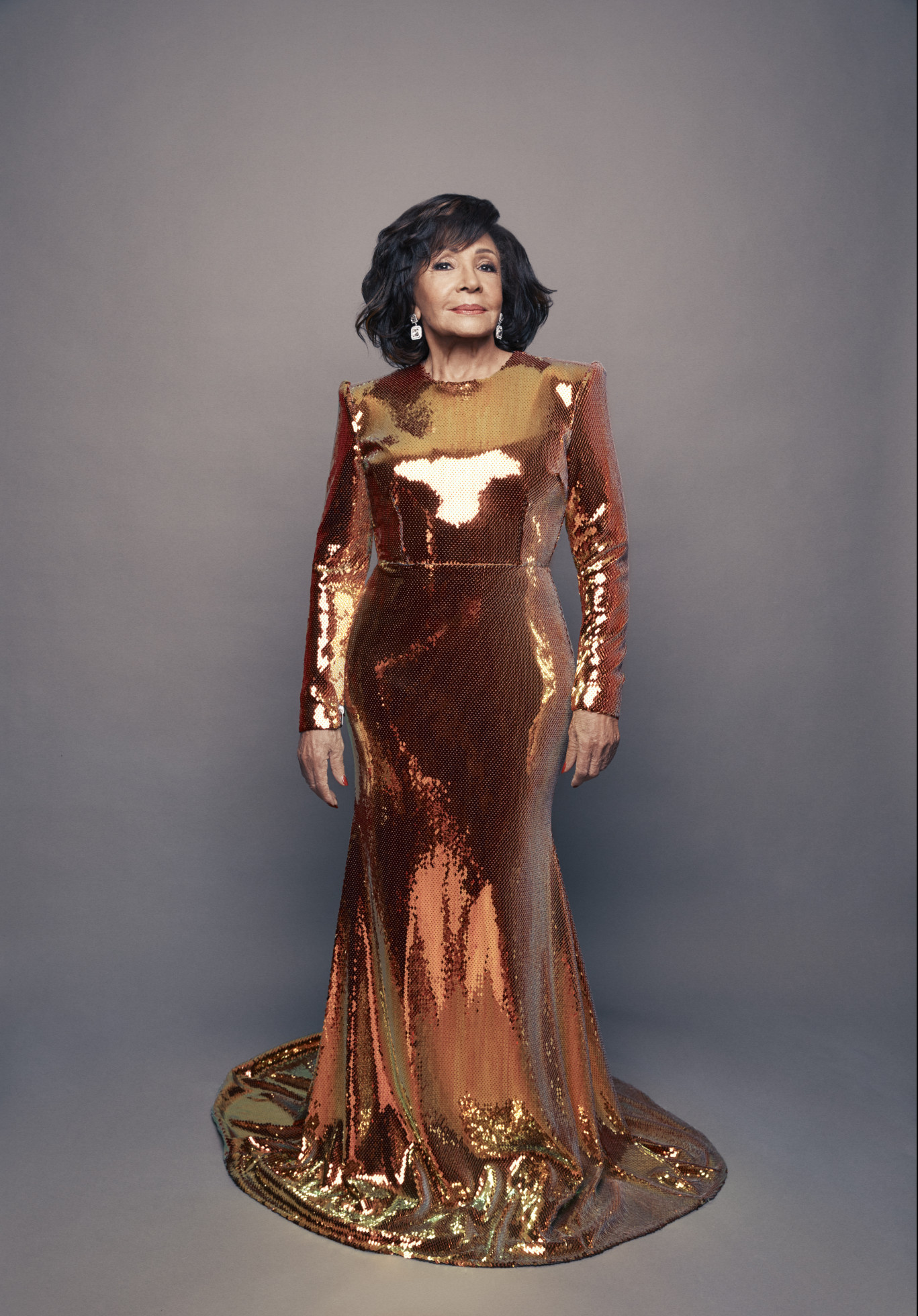 She admits she was a Bond fan before she was approached (“absolutely!”) and is more candid than I expect when I ask her to name a favourite ‘Bond’. “The one and only Sean Connery. He was a wonderful person, a true gentleman.”

For many – including myself – she is inseparable from the 007 franchise and yet, I wonder if she was ever worried that the Bond songs might overshadow an incredible anthemic back catalogue that includes the likes of Big Spender and I Am What I Am?  “Actually no,” she says. “Those Bond songs made me known around the world and people went out and bought my other records, so it was a win win situation for me.”

She tells me that feather-boa fame, when it arrived, was something she “embraced with open arms”. Looking back, is there anything she would have done differently? “Definitely not,” she says, emphatically.

After seven stellar decades, is she able to pick her standout moments? “Yes,” she says, “When I sang at the Queen’s Golden Jubilee  [in 2002, when she sang Goldfinger] and the Diamond Jubilee [in 2012, when she sang Diamonds are Forever]. Also, for Her Majesty’s 90th birthday at Windsor Castle. And at the Oscars, when I sang Goldfinger and all those stars stood up and applauded. That was a very exciting evening.”

Dame Shirley has been a Monaco resident for 25 years. “I came to sing at the Red Cross gala many years ago and fell in love with the place,” she says. “When I first moved here it was quite small and very beautiful. Now it’s grown, there are lots of high-rise buildings and a large beach with some great restaurants.”

She has a trainer three times a week at her apartment and admits to being something of a “gym fanatic”. During lockdown she would walk around her swimming pool 12 times a day to maintain her fitness and while she shuns diets, his careful about what she eats – allowing herself plenty of ice cream and caviar at weekends.

Away from the stage, her great passion in life “is going on holiday with my family.” “Although now we are so many, it’s difficult to get them all together!”

Long-standing friend,  etiquette expert and author Liz Brewer, first met Dame Shirley in the late 80s in Marbella. “She was full of fun and mirrored my zest for living, sense of humour, enthusiasm and love of life,” she says. “At her glittering opening nights I’d watch spellbound – always feeling a sense of pride and astonishment that this fabulous performer was my dear close friend.

“There are an abundance of stories and adventures, all recorded in my numerous photo albums and files, and which I’ve had the luxury of time to sort through during lockdown, reliving a life so well lived!” 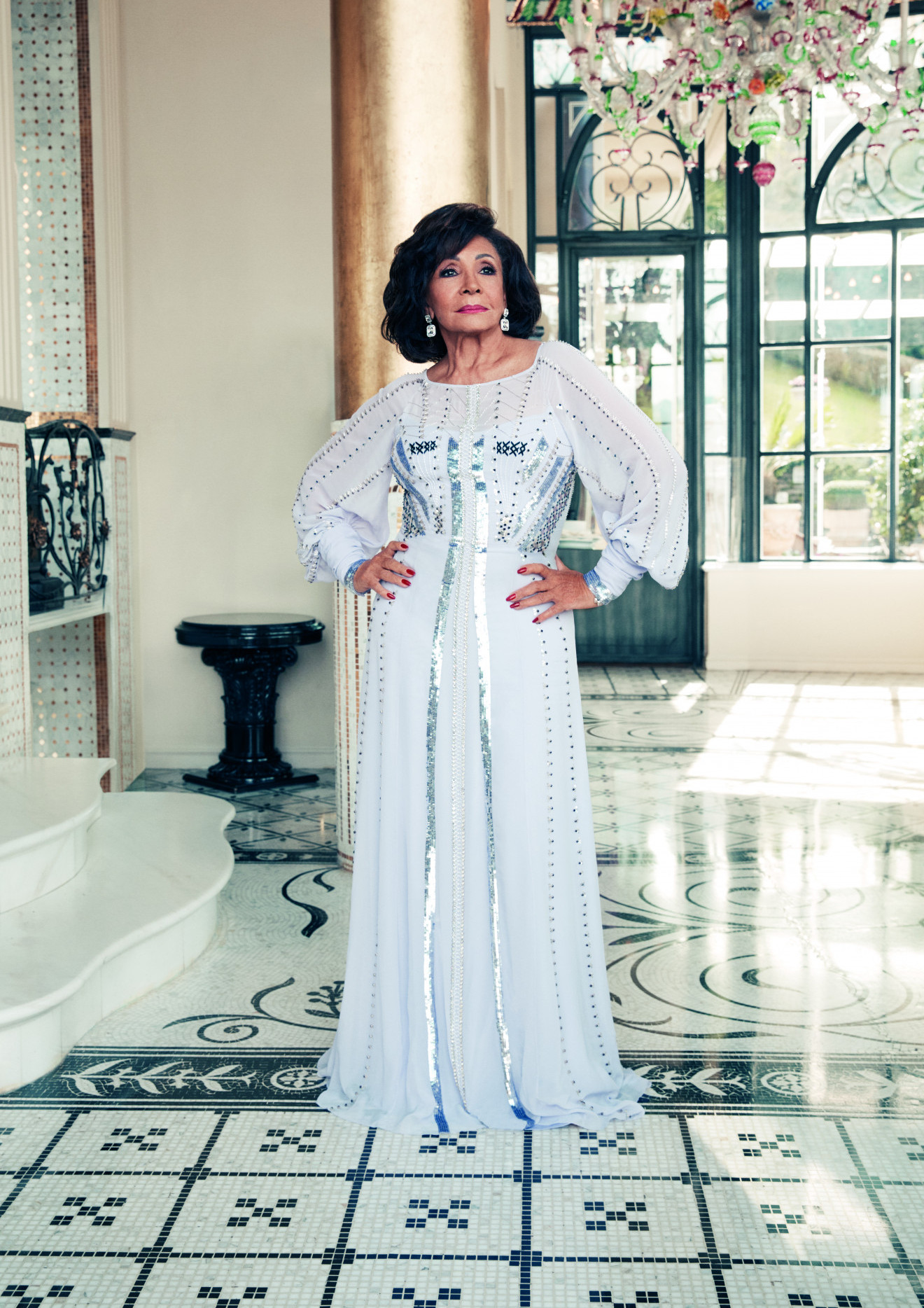 With the release of her farewell album, Britain’s most successful female artist of all-time has – to quote her record company “bowed out with a roar” – but her formidable, fabulous presence looms large. When I ask, as a parting question, what the strangest piece of fan mail she has ever received is, she replies simply: “After 70 years in showbusiness, you expect me to remember?” Well, quite.

I Owe It All To You, by Decca Records, is out now.