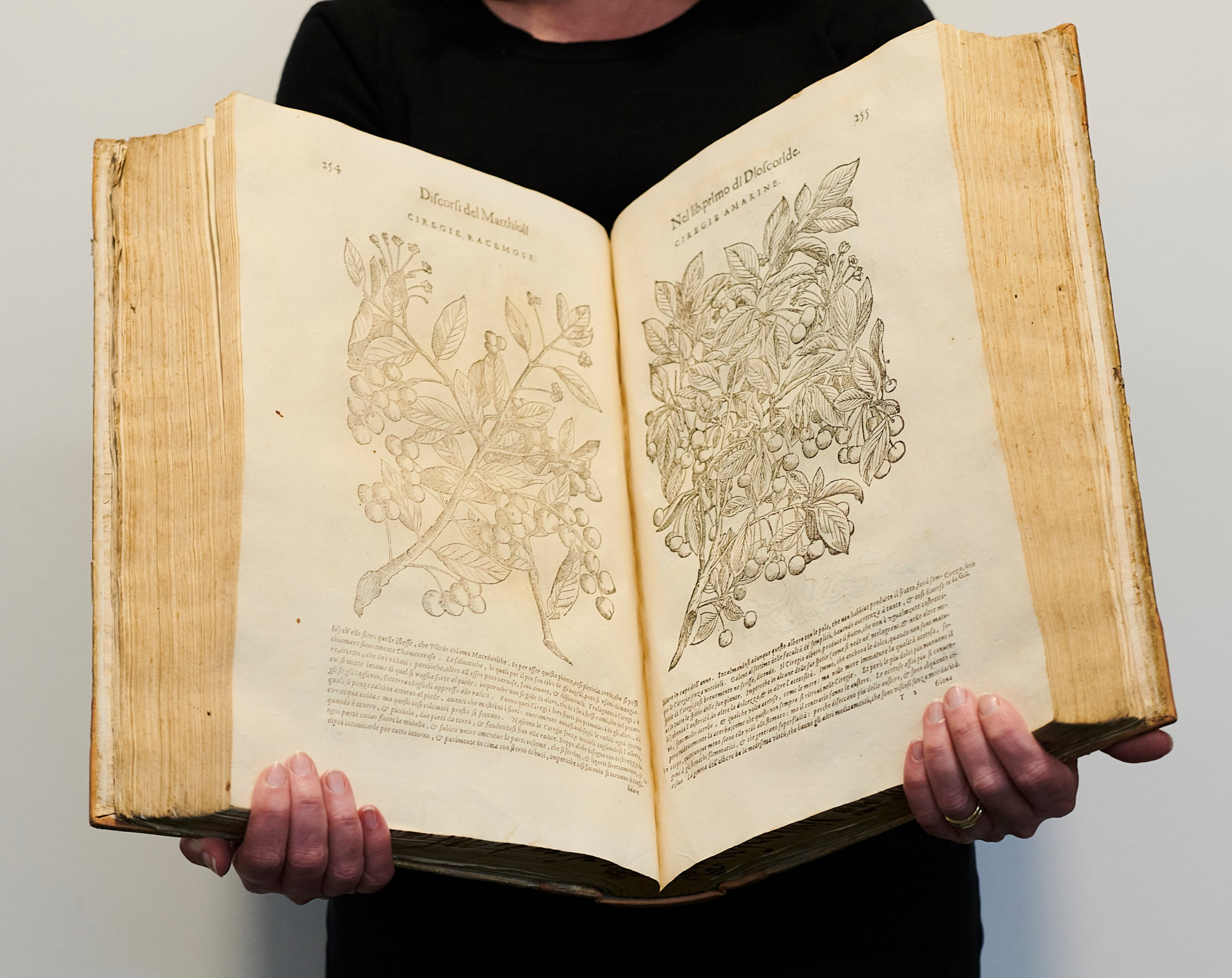 Vincent Square has been home to the Royal Horticultural Society for more than a century. Sue Bradley discovers why thousands of people beat a path to this part of Victoria every year.

The handsome head office of the Royal Horticultural Society has been a landmark within Vincent Square since the beginning of the 20th Century. This imposing Arts and Crafts-style building serves as the administrative centre for the UK’s leading gardening charity, which has more than 520,000 members, looks after five acclaimed gardens, provides highly-respected training and organises prestigious events such as the Chelsea Flower Show.

It is also home to the Lindley Library, widely regarded as the finest collection of horticultural literature in the world, and visited by more than 5,000 people every year.

Close by in Elverton Street is the Lindley Hall, built to host botanic art exhibitions and opened in 1904 by King Edward VII and Queen Alexandra. This large open space, uninterrupted by columns, with its dramatic glass-vaulted ceiling that allows light to flood in, was designed by the architect Edwin Stubbs. A choral concert by the Bach Choir was the first public event held at the hall and, nowadays, this versatile venue is used for prestigious events such as London Fashion Week and can be hired for various public and private functions, such as weddings and examinations. It still hosts horticulture-related events such as the annual RHS John MacLeod lectures and many associate it with the popular plant shows held in early spring and the autumn, some of which have now been absorbed by the RHS gardens to attract larger audiences. 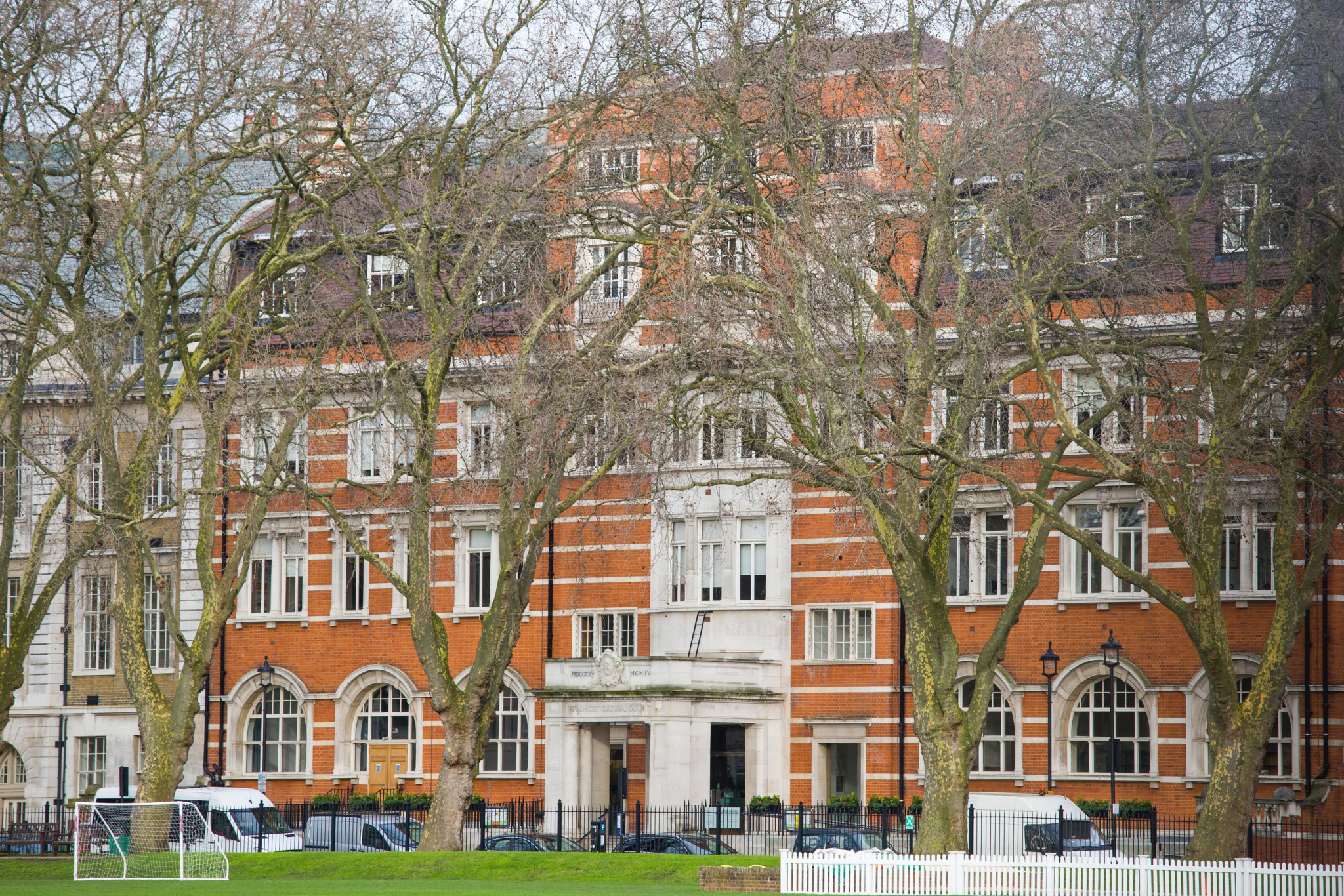 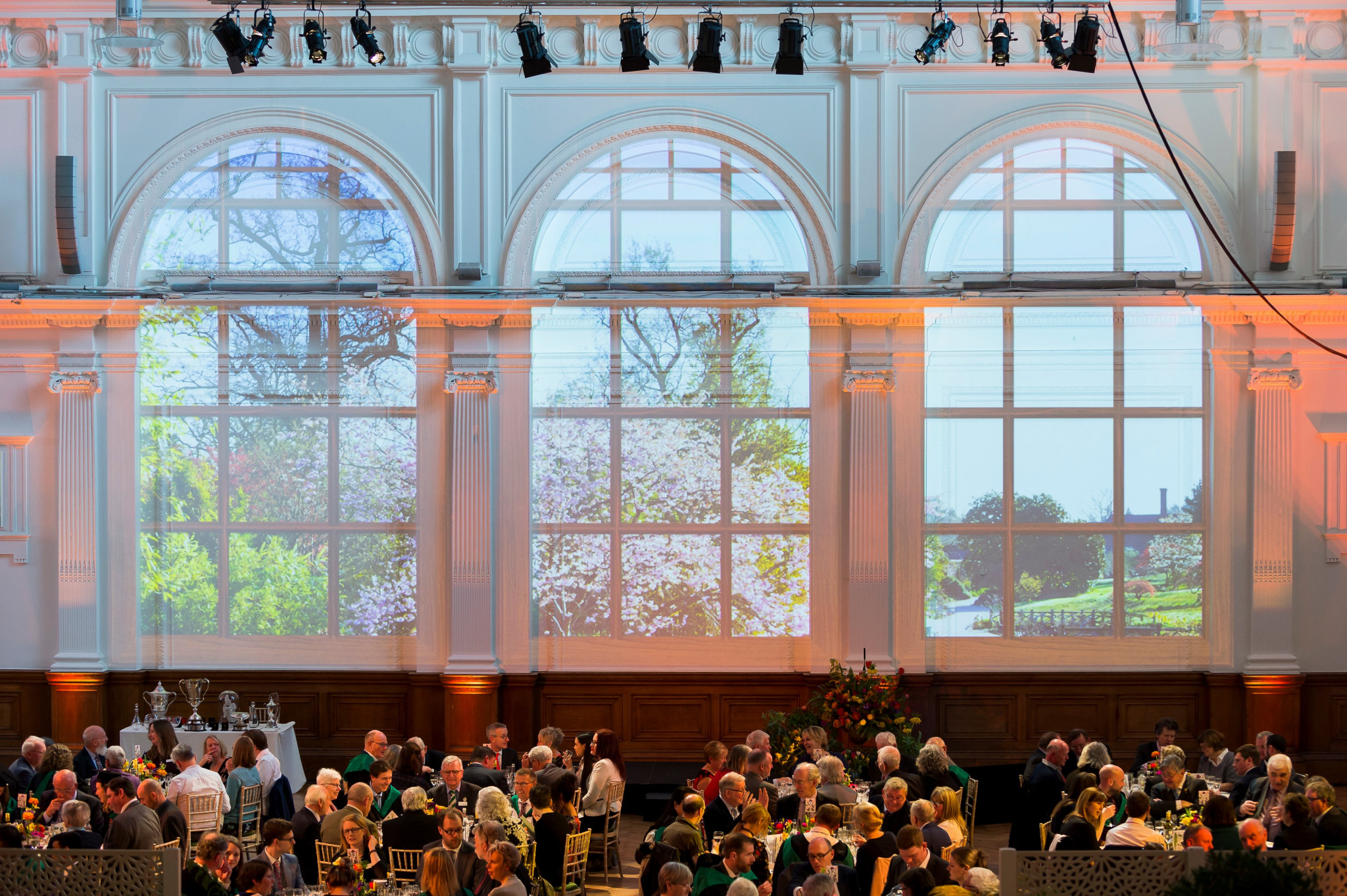 Across the road from the Lindley Hall is the Lawrence Hall, previously known as ‘the New Hall’, which was built in 1928 and originally served as a secondary venue for the RHS. This Art Deco-style building, based on a Swedish design by Easton and Robertson, was awarded by the Royal Institution of British Architects for its dramatic architecture, which some have described as ‘somewhat brutalist’. The lease for this building was sold to Westminster School in 2011, with a mutually beneficial agreement, allowing the RHS to continue using it for its shows while providing funds to invest in the future of horticulture. Both the Lindley and Lawrence Halls are Grade II-listed.

The roots of the RHS lie in correspondence between John Wedgwood and Sir Joseph Banks, with the inaugural meeting of the ‘Horticultural Society’ being held at Hatchard’s Bookshop in Piccadilly in 1804. Queen Victoria’s consort Prince Albert was its president between 1858 and 1861, the year that the word ‘Royal’ was added to its name.

Historically the RHS has been in Victoria since 1888, occupying temporary offices at 111 Victoria Street after abandoning its Kensington gardens.

The drive to set up a more permanent base came in 1902, shortly before the society’s centenary, when Baron Henry Schröder, an RHS council member, privately arranged a 999-year lease from the Ecclesiastical Commissioners at £690 per year. 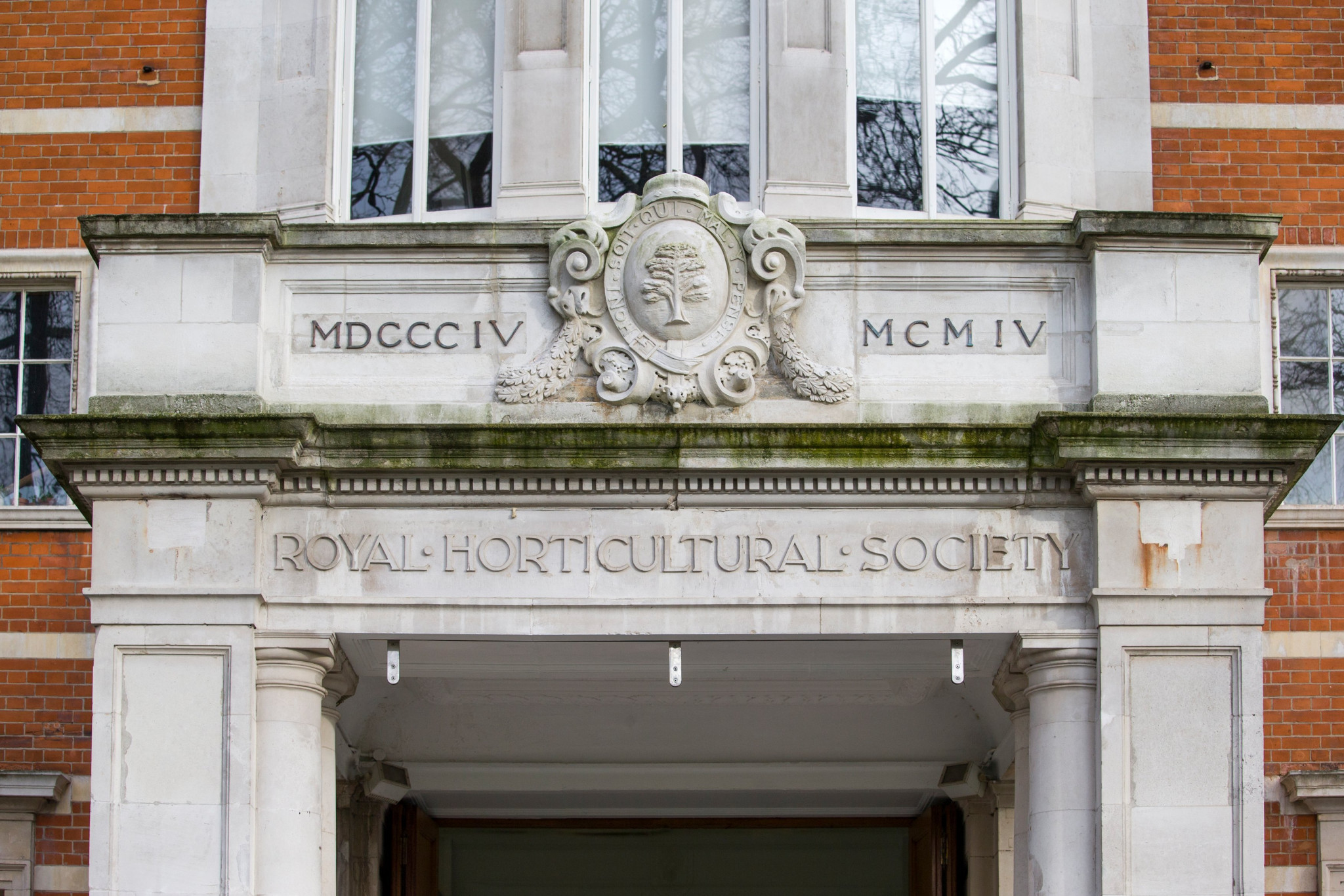 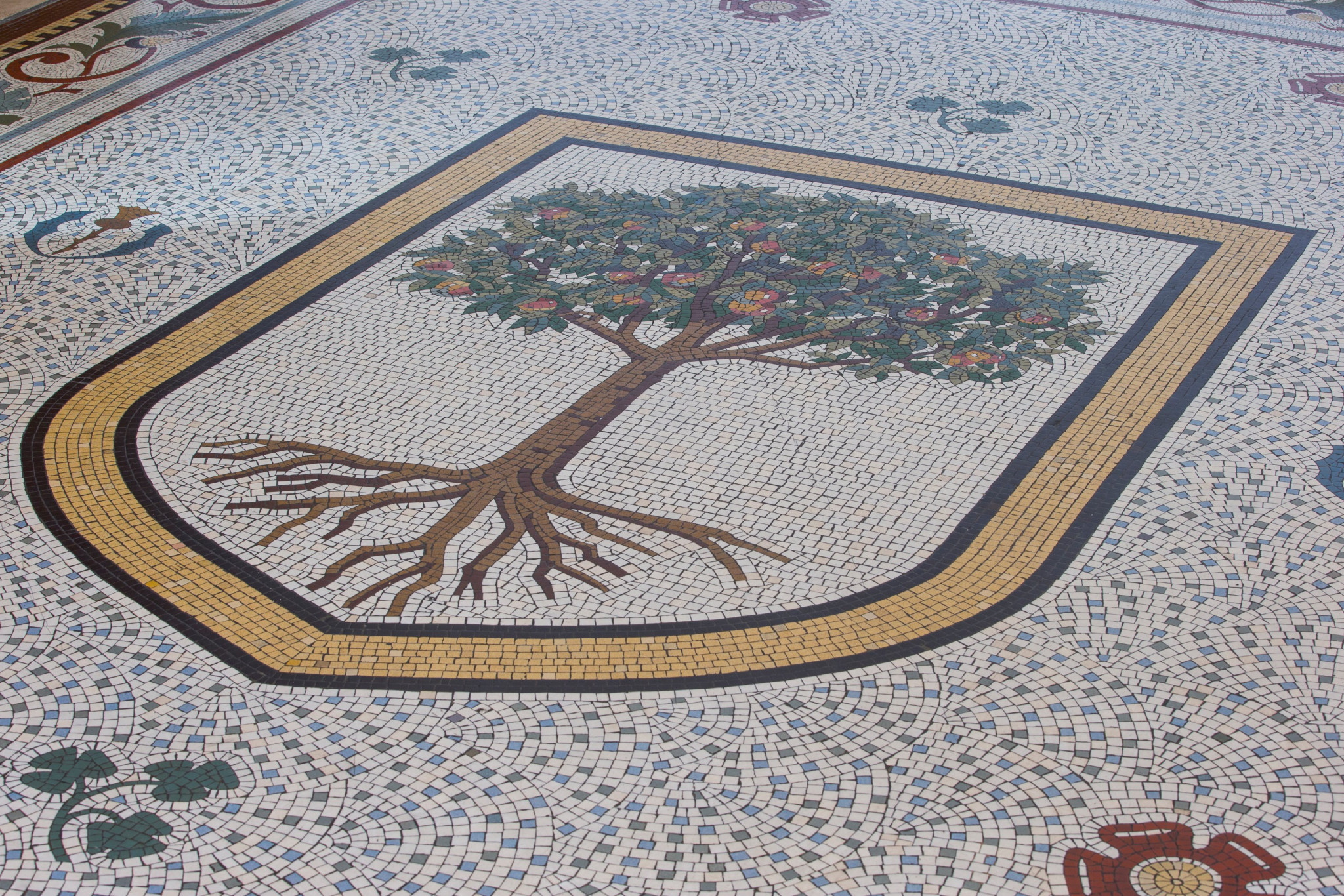 “At this time council members were divided as to whether they should be seeking a site in London for a new garden or for a meeting hall,” explains the RHS’s head of Libraries and Exhibitions Fiona Davison, who believes Victoria’s very good transport connections had much to do with the choice of the site. “Schröder was in favour of a hall for the RHS meetings, exhibitions and displays and offices for work aligned with the upcoming centenary of the RHS.

“His decisive step ensured the site was not lost and sealed the deal. As it turned out in August of that year, Wisley was gifted to the RHS, which satisfied both sides.”

Building costs for the offices, Lindley Library and first hall were met by a combination of members’ fees, individual donations and fundraising. J.P. Morgan and Lord Rothschild, both RHS members and keen horticulturalists, made significant contributions, although the largest private sum of £5,000 came from Baron Schröder.

Both the Vincent Square building and the Lindley Hall were extensively refurbished between 1999 and 2001, but care was taken to retain many of their original Arts and Crafts features, including the mosaic floor in the main entrance hall showing the society’s apple tree device and the heraldic flowers of the UK.

Nowadays, the RHS offices in Vincent Square serve as a base for 150 employees who work alongside their colleagues based at the charity’s gardens in Wisley in Surrey, Hyde Hall, Essex; Rosemoor, Devon and Harlow Carr, Yorkshire, along with its Bridgewater site near Manchester that’s due to open in May.

The charity has an active community outreach team, which helps support schools and community gardening projects across the UK, including in London, and runs a variety of campaigns aimed at inspiring and expanding the nation’s interest in horticulture.

The collection of books, maps, plans, magazines, journals, letters, botanical art and various other gardening-related ephemera at the Lindley Library is regarded as both nationally and internationally
significant.

This is the place to examine accounts belonging to the celebrated 18th Century landscape architect Lancelot ‘Capability’ Brown from 1759 and one of Humphry Repton’s ‘Red Books’ setting out his ideas to transform the grounds of a gentleman’s estate in 1792. 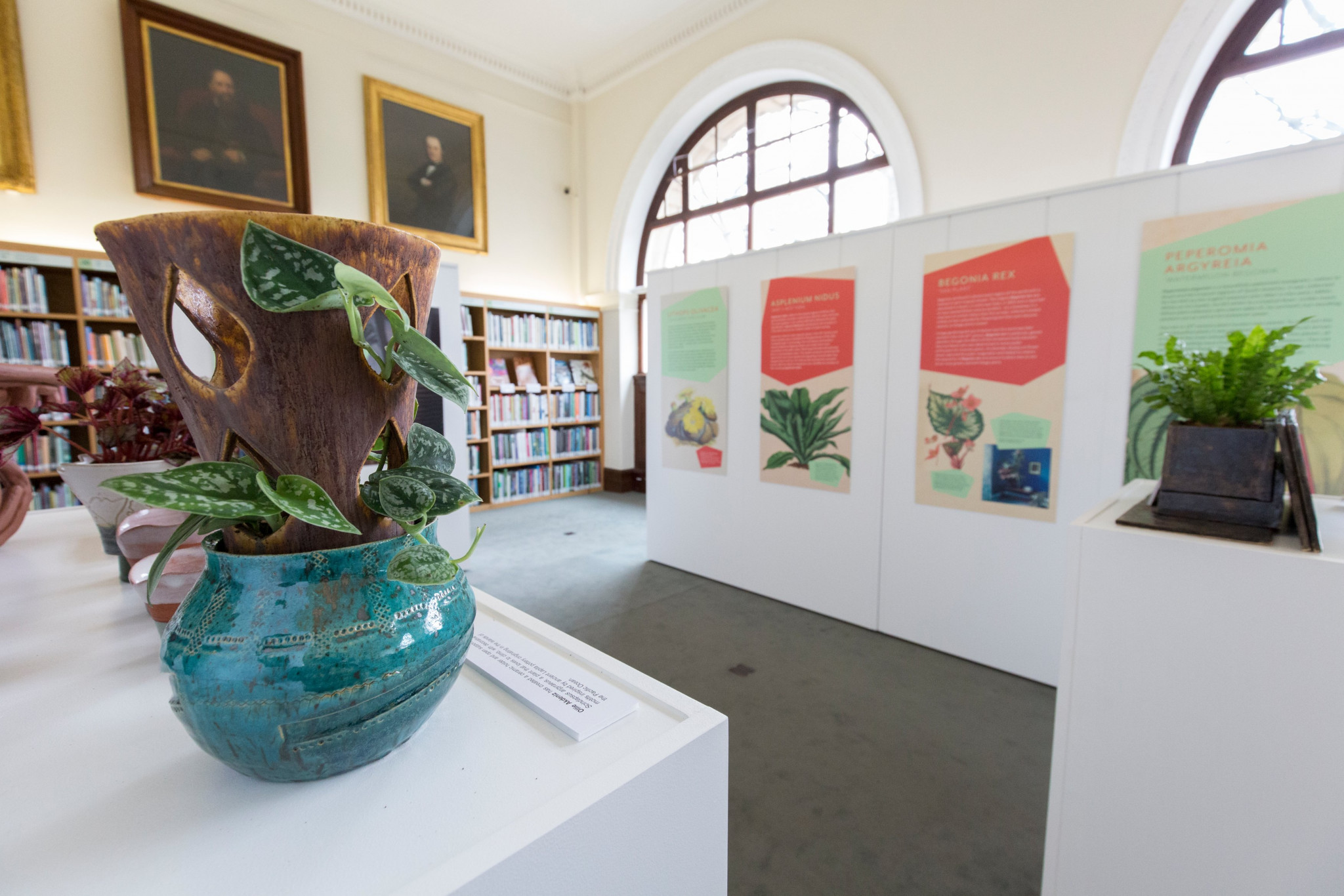 The oldest printed book in the collection is a copy of Pliny’s Historia Naturalis of 1514, while its prints and original botanical art dates from the 16th Century and includes the work of Pierre-Joseph Redouté, William Hooker, Lilian Snelling and Deborah Lambkin.

Among the most frequently- requested items are Victorian horticultural journals, which cover a vast array of social history events and scientific discoveries such as the rise of public parks and the development of the Cavendish banana, today sold in supermarkets throughout the UK.

The Lindley Library holds ‘Designated Status’, which means it has been assessed by The Arts Council as being of national and international significance.