West End stores were forced to close or operate under Covid restrictions for much of 2020, often leaving the UK’s busiest shopping thoroughfares eerily empty. With a vaccine on the horizon but a ‘never normal’ future ahead, how can the area’s famous retail offer reinvent itself for a new consumer age? 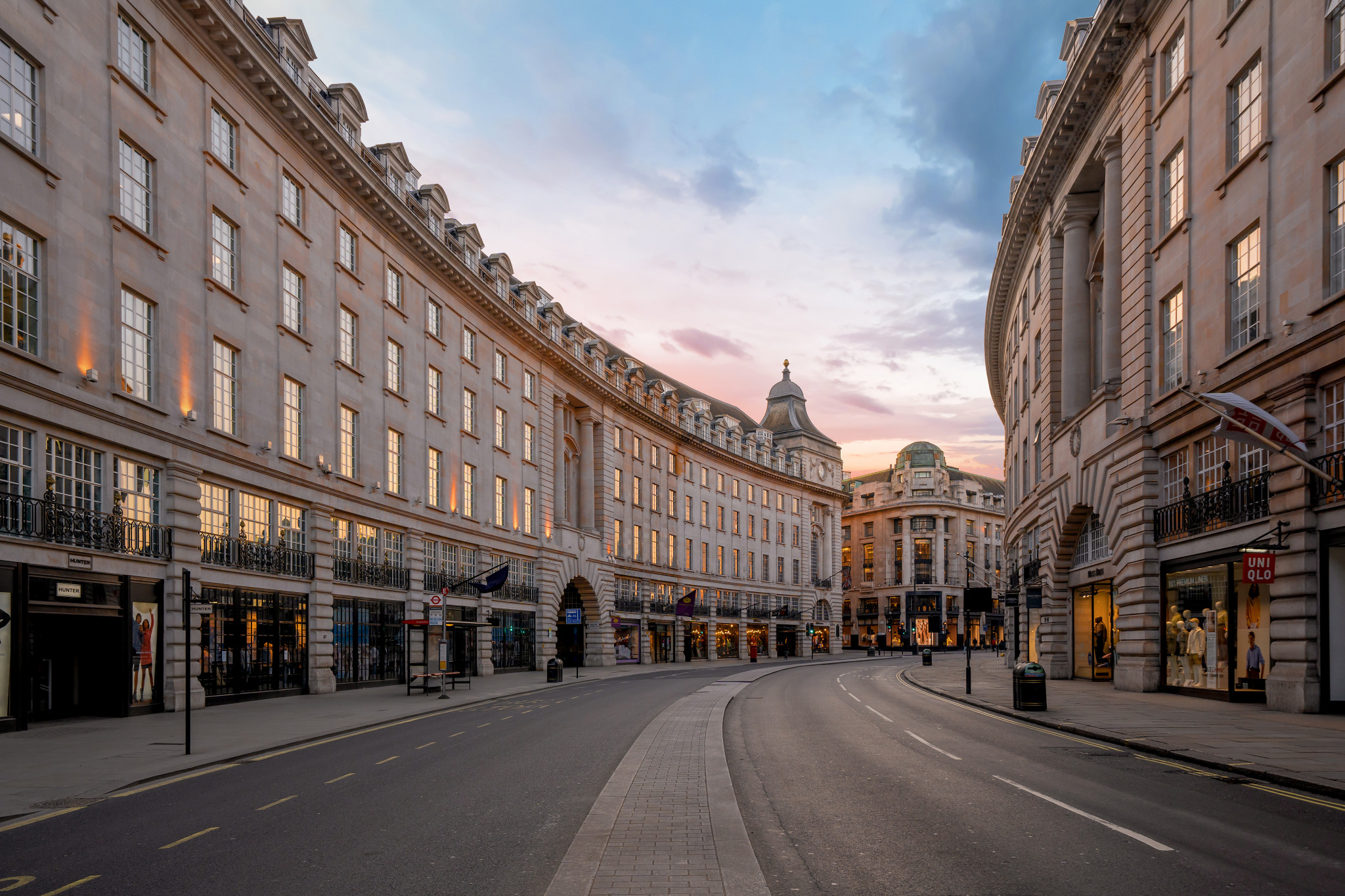 The prospect of a vaccine turning the tide by Easter has provided the first tangible hope of seeing off an annus horribilis, though the ongoing lack of office workers and international visitors will elongate the challenges. Recent reinventions of the area’s retail offer have predominantly come from individual businesses – whether Primark anchoring the once-neglected eastern end of Oxford Street, or an Adidas global flagship the other, Bond Street flagships and the Covid-era debut of a Rolling Stones store and Adidas Originals on Carnaby Street.

In truth, the absence of a coherent strategy along Oxford Street, in particular, has been taking its toll for some years, with a plethora of tacky tourist shops replacing brand flagships. When stores reopened in early December, New West End Company (NWEC) and Westminster City Council had to step into board and decorate voids. Pedestrian plans remain unclear, while the arrival of the Elizabeth Line has been pushed back to 2022.

And retail is being condensed. John Lewis is converting around 45 per cent of its Oxford Street store into offices, while nine residential schemes totalling around 500 luxury residences are under development in the vicinity and the West End looks likely to become less retail- focused and more mixed.

Indeed, diversification could be the catalyst for retail recovery, according to Fortnum & Mason outgoing chief executive Ewan Venters, who believes retailers need more to be done to support and reopen cultural centres.

“We can come up with all sorts of initiatives to help retail but fundamentally it’s about supporting our cultural economy, because it is a huge draw for people,” he says. 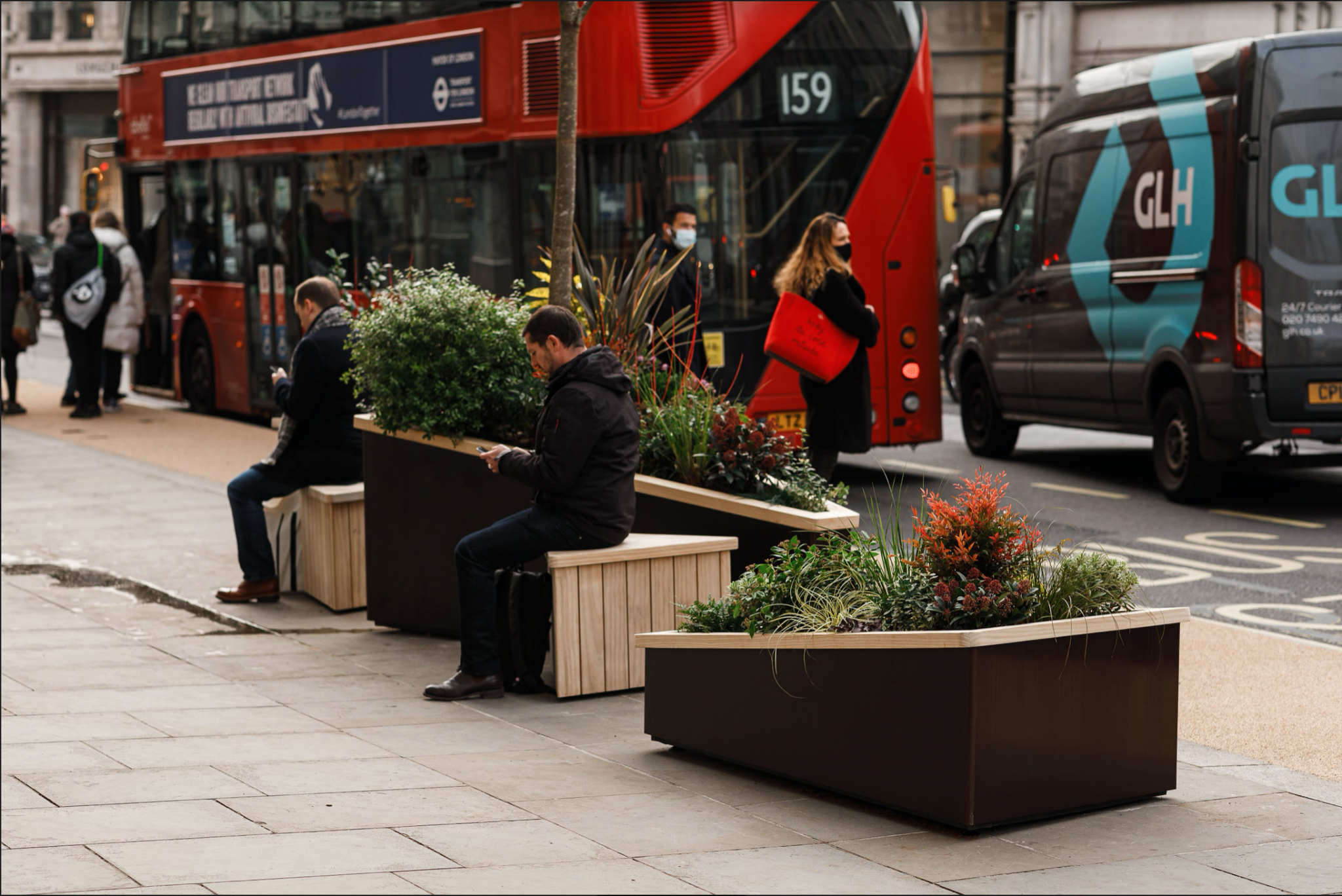 “This is an 18-month experiment to see what works”

“You cannot underestimate just how important this is to bring footfall to the stores and protecting these going forward is key. It will be a culture-led recovery.”

Fortnum & Mason was able to trade through most of both lockdowns by focusing on its food retail and its role as a local store to Londoners in the Mayfair and St James’s areas. However, even as CEO of a destination store, Venters feels that the wider boost that culture provides has previously been “misunderstood” by government and needs to be addressed.

“We have been able to rebuild after lockdowns and staying open to sell food was hugely appreciated by our customers,” he says.

“Interestingly, post-lockdown, our restaurant recovered fastest, which is perhaps a sign of the times because hospitality has also become a hugely important industry and I would like to see a Minister dedicated to this area. It’s very different from 10 or 20 years ago.”

Amid the retail gloom, Regent Street, owned by The Crown Estate and Norges Bank Investment Management, has been a shining beacon. Singularity of ownership has allowed joined-up thinking, in contrast with the comparative free-for-all on Oxford Street. Most recently, works to widen pavements for pedestrians; control traffic; introduce cycle lanes and cycle parking hubs; and enhance bus stops, have been completed, along with substantial tree planting, plus new greenery and seating. 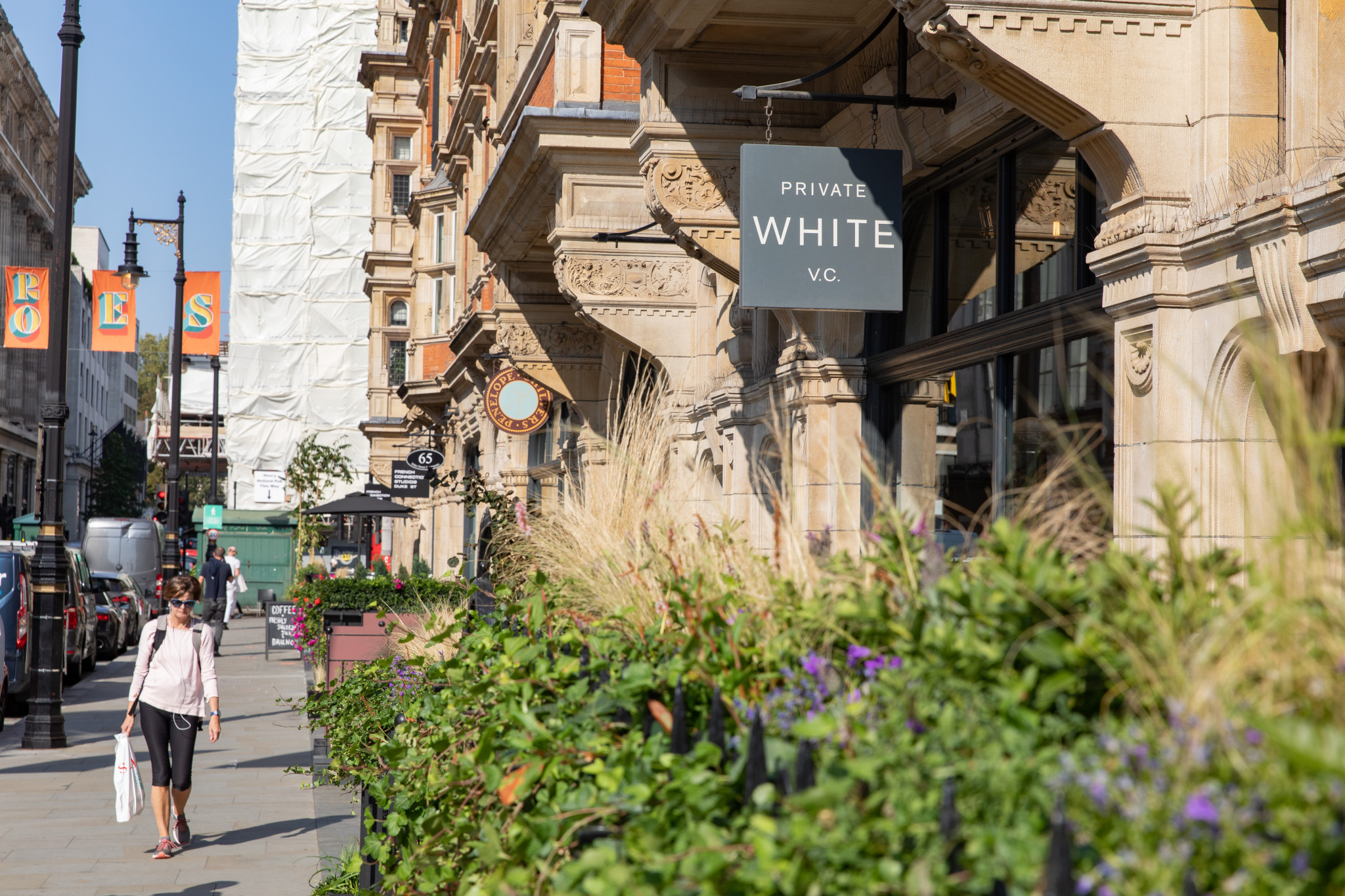 “This is an 18-month experiment to see what works, but the intention is to reduce noise and improve air quality, while allowing people more time to enjoy the architecture and the environment,” says Scott Marshall, head of public realm and urban infrastructure, The Crown Estate. “We want to make the experience more enjoyable and also learn from how this works to inform future design.”

James Cooksey, director of Central London at The Crown Estate, adds: “What we have been able to do during the pandemic is revisit what we are doing across Regent Street and the inevitable voids we now have and think about what sort of retail we want there.”

This includes introducing permanent pop-up spaces so that retailers and brands can take short-term space to help keep the offer fresh and, possibly, restaurants, which has not been considered before. Clearly, the greening and widening of public space will help make this possible.

“We have been running a pop-up F&B space on Heddon Street,” says Cooksey. “We want to create excitement and have a higher turnover of brands, so that people don’t assume they know what’s on Regent Street. The other thing to say is that with issues such as traffic, that doesn’t start and end on Regent Street. So, we are working with other landlords and it’s important we have a unified voice, to make sure that this is West End-wide.”

In a similar initiative by the area’s other major landlord, Grosvenor, over 3,000 new plants now frame Mount Street, North Audley Street, Duke Street and South Molton Street. In the last five years, Grosvenor has installed over 240 green features across Mayfair and Belgravia and recent beautification projects reflect an acknowledgement that, for all its strengths, the West End can be a foot-weary place to shop. 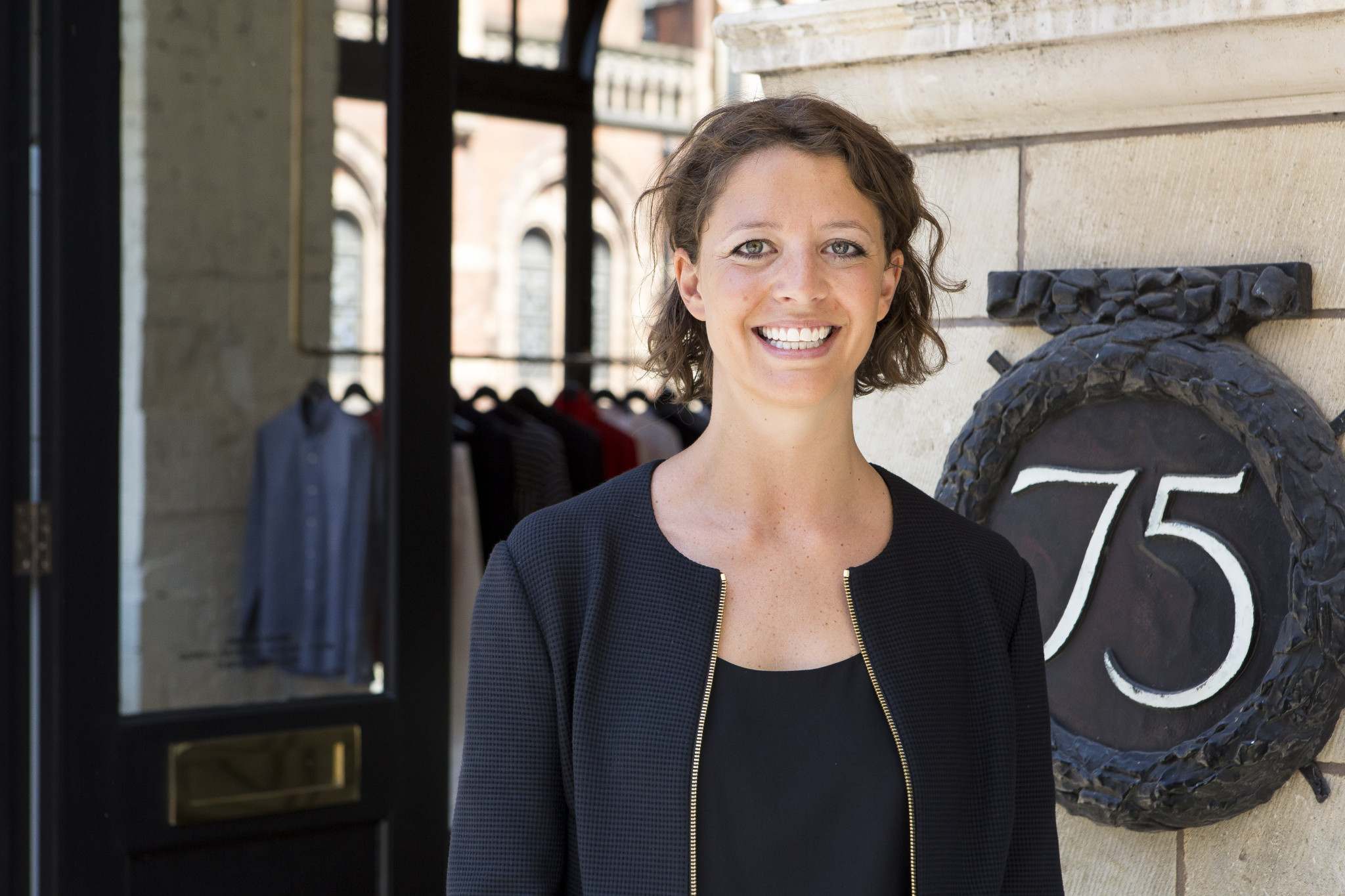 “We have been able to expand some of our tenants out onto the streets, creating more of a European feel”

“We have been able to expand some of our tenants out onto the streets, creating more of a European feel. We hope that continues and, of course, we’re redesigning Grosvenor Square as well,” says Joanna Lea, director of retail, Grosvenor. “As a landlord, events and activations are increasingly important and we’ll be looking to amplify these. There’s a definite sense that people want to go out again and we need to capture that enthusiasm.”

Grosvenor has also been rethinking the way it connects with customers and tenants. “Like many other businesses, we’ve had to pivot to digital and I think we’ll see that continue now that the West End is open again. It’s an important way to reach our international visitors before they travel,” says Lea. “I’m not sure it’s about radical change but about faster-paced change. Covid has forced companies and people to try things they would previously have said were not possible. Now we need to unlock planning so that landlords and retailers can be more responsive.”

“In many ways, it’s a question of whether your glass is half empty or half full,” adds Paul Souber, co-head of UK and EMEA retail at agency Colliers International.

“Undoubtedly, change has happened. But, at the same time, London is a centre of culture, history, finance. As things normalise in 2021, that will still count.”

Despite the voids in the West End, he says that Colliers is already talking to interested parties about filling some of those empty stores. “We’re seeing everything from small tech start-ups to established brands who perhaps coveted prime London sites before but felt they were not affordable,” he says. “There’s certainly no lack of interest.”

A reshaped West End seems inevitable, especially as after the January sales is traditionally when most retail failures occur. It’s a far cry from just over a year ago when NWEC chief executive, Jace Tyrrell was heralding a thousand-day countdown to complete huge investment in the West End, including the opening of the Elizabeth Line, and declared: “The next five years will see extraordinary change in the district, more than in the last 50 years. We are truly witnessing a transformative moment for the most renowned shopping destination in the world.”

Those words have proven unintentionally prophetic. The area’s retail reputation has capitalised on the globalisation of business and travel, yet Covid has exposed some cracks in the foundations. Whatever develops, it appears the future of West End retail ain’t what it used to be.

Read more about business and Mayfair.