Game for a laugh

When the pandemic forced Marcus Wareing to swap his chefs’ whites for gardening gloves, there were days when he didn’t want to get out of bed. Now back in the kitchen with a new outlook, the 50-year-old says it’s time to forget the critics and have fun 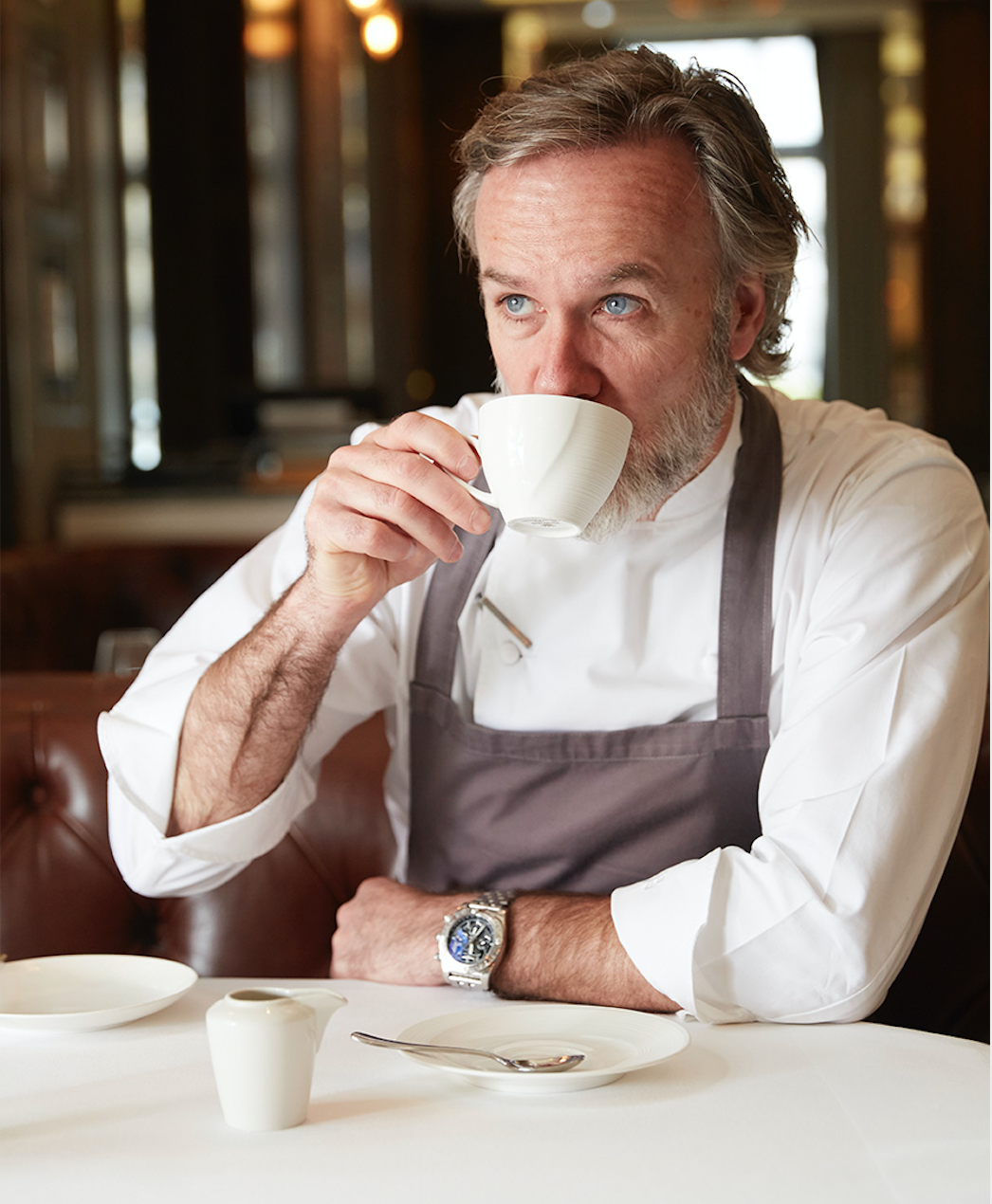 Marcus Wareing has barely had a breather over his 35-year, highly-pressured career as one of Britain’s best-known chefs. He has a deserved reputation as one of the hardest working in the industry; running the kitchen at his eponymous Michelin-starred restaurant, Marcus at The Berkeley, appearing as a judge on BBC’s MasterChef:The Professionals and writing a number of well-received cookbooks.

That is, until the pandemic forced him, like everyone else, to stop. For an obsessive worker, used to the structure and intensity inherent in the restaurant world, this was a difficult period.

“It was a waiting game,” says the chef. “That’s when things start playing on your mind. You sit and ponder and worry. You’ve got close family next to you, the kids are back from school. You didn’t really know what was happening.”

Wareing says that during lockdown, he often felt lost – with no restaurant to oversee and a sense of uncertainty hanging over him. “There were days where I woke up and I struggled. There have been some days where my wife’s gone to bed – and I’ll be sitting up at night in the living room looking out of the window into the darkness, just thinking: ‘Jesus, what is going on?’ You have quiet times.

“I had some really tough days where I just didn’t want to get out of bed… I didn’t know what to do with the day. I would have planned the day before, but I’d wake up and have a cloud over my head, and you would just hear the words ‘COVID-19, COVID-19’ in your head all day. You can’t get it out. I had to learn to pinch myself and say, ‘Snap out of this. You have family around you; you have 100 plus employees waiting for your next move or next email or next phone call.’ When you start to realise that other people are suffering, you then start to help other people and stop worrying about yourself.”

He admits that he had to keep himself “very busy” during lockdown. “Before the closure, I went to Homebase and B&Q and bought a load of DIY stuff, a load of gardening gear and a sh**load of paint. I painted the outside of the house, I cut the garden within an inch of its life, and I’ve been through the house and been through every cupboard, emptied it out and put it all back again. I’ve never found so much junk in all my life!.”

But Wareing also says he relished the time he was able to spend with his family – a rarity given the demands of his work. “I think my family have seen a slightly different side to me over the past few months. I can’t remember the last time I spent so much time with my family – a solid four months. That was really good – we had great debates, interesting conversations, good cookery, good barbecues when the sun was shining. We could have been in a much worse place.”

Lockdown did provide Wareing a chance to reflect on his life so far (the chef turned 50 this year); his career; and where his priorities now lie. “50 years is a milestone. It’s one of those years where you think, ‘what are the next five years going to be?’ I feel fit, strong, I still feel very energised. But I think it has made me look at my industry and my business differently. I’m going to enjoy it more. I’m not interested in being critiqued or criticised. I’m going to cook the food I want to cook, I’m going to serve it the way I want to serve it, and I’m going to have fun and enjoy myself. I don’t give a s*** what anyone thinks.”

Wareing says that while in the past he has fixated on matching the achievements of fellow renowned chefs, now he is perfectly happy finding his own path. “You often look at your peers as people who are driving things forward, and you’re behind them trying to reach their level. But actually, I’ve realised that you don’t need to reach other peoples’ levels. You just have to be content with your own, which I am.”

“Ambition, selfishness and single-mindedness” have driven the success of his career; and while he has doggedly toiled to get to where he is, he wouldn’t change anything. 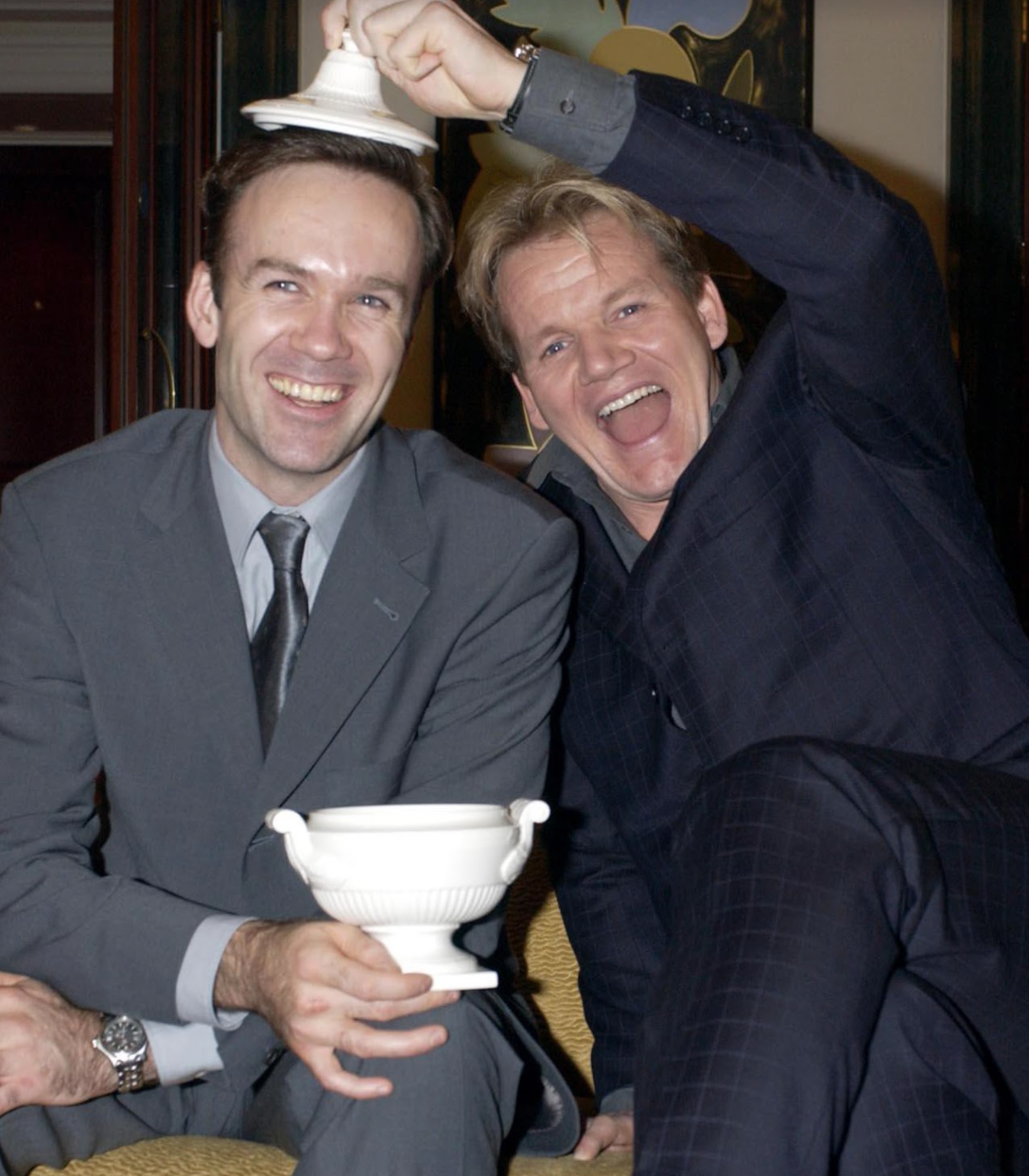 Wareing is now focusing on getting the most enjoyment out of work as possible. “I’ve achieved a lot. I’ve been in the industry for 35 years. I’m really going to get my head down now. I think my team at The Berkeley – the front of house and back – see a very different boss now than the one they left behind in March. Now, I go into my restaurants and say, ‘Let’s have a great time. Let’s have fun, let’s smile, taste some wine; give the customers a great time, let’s laugh amongst ourselves. Let’s not take things too seriously.”

Of The Berkeley, he says that he wants to “retire” there. “I want to stay there, I want to stay focused on it and reinvent it. I’m always looking for a better dish, a better style of service – I’m always looking at and analysing what we do.” Wareing also has plans outside of the kitchen. “I really want to get into food education. I want to write more cookbooks. I don’t want to expand my restaurant business – I’m very happy to just have two, and if one day it goes down to just one restaurant, I’ll keep it that way. If possible, I also want to get into documentary-style TV, where I try to understand a world of food that I don’t know about. I also want to keep doing MasterChef..”

Wareing says that he owes a lot to the incredibly popular cooking show. “It was the only thing that took me out of the kitchen. It taught me how to stand in front of the kitchen and talk to it, rather than shout at it. On MasterChef I have to communicate to the chef in front of me, but also to the viewer at home who can’t taste the food. It’s a whole new way of communicating, which was new to me. I cherish that.  “MasterChef brought the best out of me, if I’m honest with you. It’s one of the best things I have right now.”