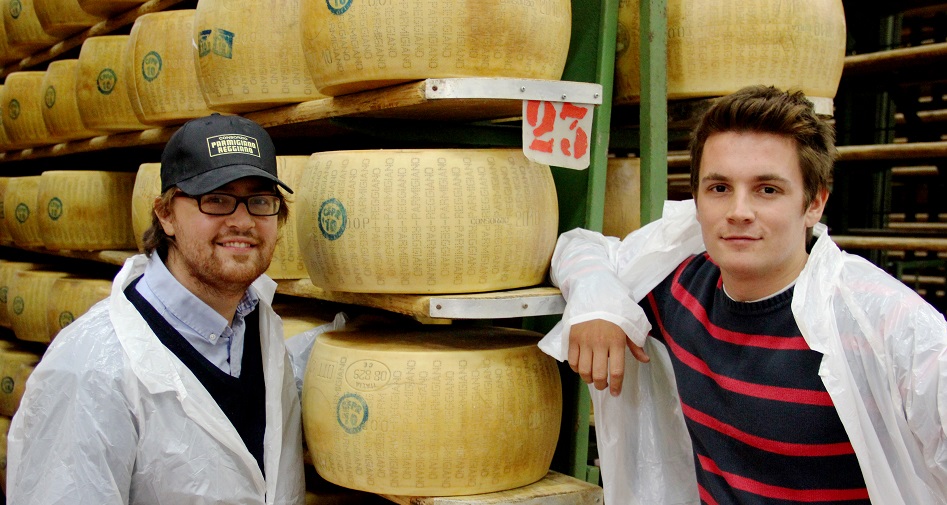 The brothers behind Pizza Pilgrims, now in Victoria, tell us about their Italian pilgrimage to create the perfect slice.

Before opening a food truck eight years ago, James and Thom Elliot set off on a pilgrimage to Italy, to distil the essence of the perfect pizza.

They bought a beaten-up, three wheeled Piaggio Ape and drove it from Calabria back to London.

On the way, they picked up tips on pizza crust, cheese, meat and sauce.

Now, the Victoria branch of Pizza Pilgrims is their 12th restaurant in London.

They’ve come a long way since their Soho street food stall opened in 2012.

How did you plan the route for your pizza pilgrimage?

James Elliot: “I just Google Mapped Reggio di Calabria to London and it was 10 days, including breaks, and I thought, ‘Great’.

“It took us six weeks. We got in the Ape on the first day and it was about 12 miles an hour, top speed.” 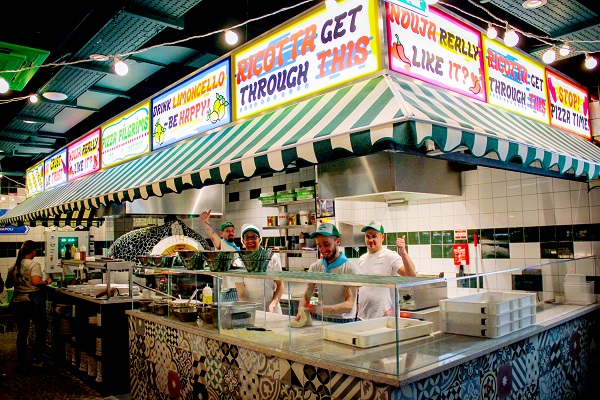 Did you have a hit-list of pizza spots?

“We planned the whole tour. We started in Calabria, the very toenail of Italy – beautiful weather, amazing tomatoes and great meat.

“Then we arrived in Naples and had our first proper Neapolitan pizza.”

Thom Elliot: “We genuinely had that moment in Da Michele in Naples where there was before, and after.

James: “Then we essentially came up the whole west coast. We did Rome, Florence, Pisa, Tuscany for the olive oil, up to Parma for Parma ham and parmesan, then across to Genoa for basil, up to Turin for chocolate and Campari, to Milan for aperitivo…”

What were some of the breakthroughs from that trip?

Thom: “It was Calabria where we first tried ’nduja,which became our signature pizza.

“They were spreading it on toast and we were like, ‘This is incredible. This would work brilliantly on pizza.’”

James: “And no one in the UK was saying the word ’nduja. It was complete accidental cool.

“’Nduja has since become huge in New York and London. As a result the pizza scene in Naples has been affected, and it’s everywhere there.”

“No one in the UK was saying the word ‘nduja. It was complete accidental cool.”

Did you learn how much goes into each element?

Thom: “When you scratch the surface of how you make Parma ham, it’s a 28-month process and every day is mapped out.

“They are not messing around. We also learnt that Italians are so, so protective of their way.”

When you got back, how did you go about using those lessons to make the pizza?

“And we made some pizzas and they told us which ones they liked. This was back in a world where you could just email London’s top 20 bloggers and invite them round on a Tuesday night.” 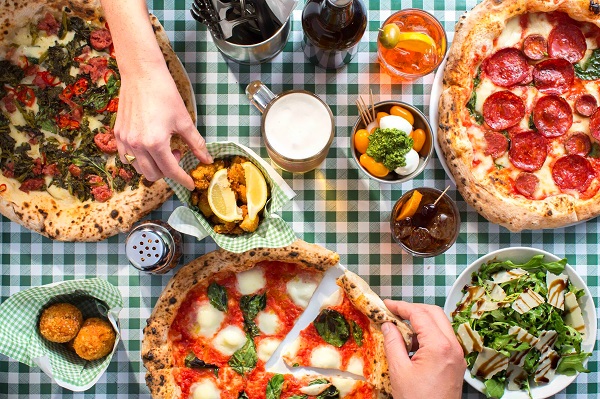 Eight years later, what makes up the pizzas you’re serving?

Thom: “It really is fundamentally rooted in Naples. The flour is made by Caputo, the oldest mill in Naples.”

James: “All the cheese is made just outside in the hills above Naples, by a company called Latteria Sorrentina, another family-run company.”

James: “All the tomatoes are grown just outside Naples as well. It’s so Italian and romantic, they’re grown in the fertile foothills of Mount Vesuvius.

“The thing that we get asked most is what’s in our tomato sauce – it’s really just good tomatoes and a bit of salt.”

Thom: “Those three things that form the centre of all of our pizzas are all from Naples. Then – pepperoni, for example. People in Naples have no idea what pepperoni even is. We tried a British cured pepperoni, and some stuff from Italy.

“But, actually, it turns out that the country that lives and dies by the smoked, paprika-based sausage is Hungary. So, we get ours from Hungary.”

So you have some freedom with tradition?

James: “It’s nice to be in a situation where we’re not Italian, so we don’t have to abide by the rules.”

Thom: “It’s a real thing to geek out about. It’s cheese, dough and sauce, but you can spend a lifetime on the nuances.”

A longer version of this article appeared in Victoria.

You may like to read Local Gems about local independent stores in Victoria offering gourmet treats and fabulous reviews.

Or try Success on a Plate about Pierre Gagnaire’s The Lecture Room & Library at Sketch which has just won a third Michelin star.

In Global Gourmet Guide, top chefs tell us their favourite restaurants to visit across the world from New York to Venice. 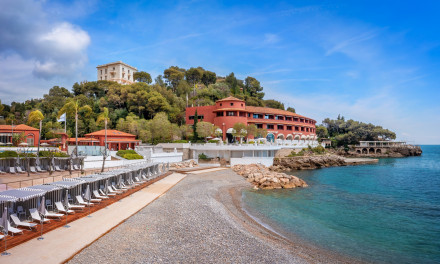 The restaurants making a splash in Monte Carlo 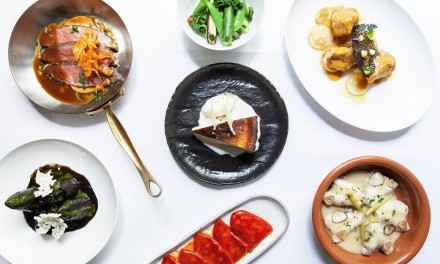 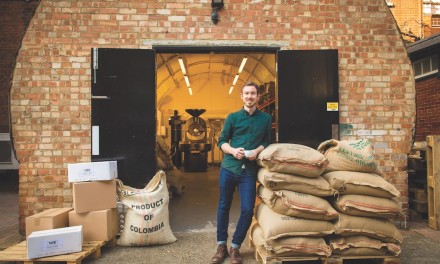 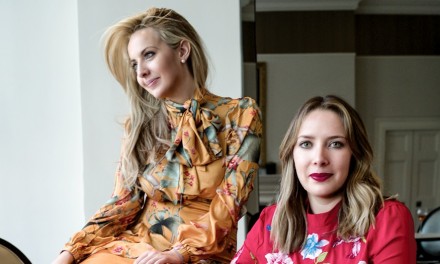