The everyman of espionage 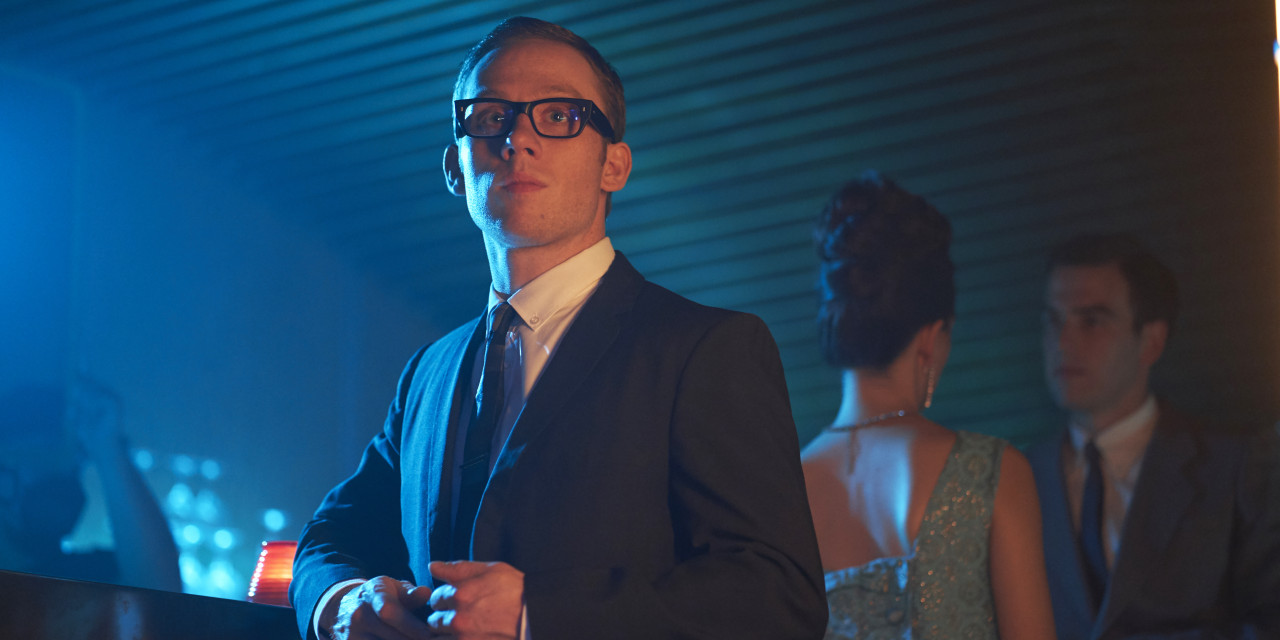 When Belgravia resident Len Deighton wrote The Ipcress File in the early 1960s he couldn’t possibly have imagined the story of his working-class spy hero, Harry Palmer, and his Cold War antics would be going out to new audiences 60 years later as a six-part television adaptation.

When Belgravia resident Len Deighton wrote The Ipcress File in the early 1960s he couldn’t possibly have imagined the story of his working-class spy hero, Harry Palmer, and his Cold War antics would be going out to new audiences 60 years later as a six-part television adaptation.

The Ipcress File was 92-year-old Deighton’s first novel and the first of seven about Palmer. It quickly became a bestseller and has never been out of print since it was published in 1962. It was the novel that launched Deighton’s career and changed the mould of thriller writing for generations to come. The 1965 film adaptation was the first of several Deighton adaptations that featured Michael Caine in the lead role of Palmer.

Now ITV has pulled together a dream team to recreate the story for a modern audience with a flagship series in a primetime slot. The original novel by Deighton (who splits his time between Belgravia and Guernsey) was praised for presenting his spy as an “everyman”, as opposed to the upper-class glitzy James Bond. John Hodge’s script draws out the humanity in the characters and highlights the class conflicts and racial tensions of the time.

“I was a big fan of the books as a teenager. And so the opportunity to take turn them into a TV series was very appealing,” says John, who is best known for his Danny Boyle film scripts, including Trainspotting, Shallow Grave and Life Less Ordinary. “The thing I love about the books is the tone, the genuine warmth of human interaction in serious circumstances. It was something I wanted to capture in the series.”

Deighton’s novel is written in the first person and so one of John’s main jobs was to flesh out the other characters and develop the story.

“Len Deighton didn’t start writing with six episodes of adaptation in mind, so perhaps he slightly lost interest in the story about two thirds of the way through. We needed to take what he’d started and ask ourselves: Where do we go from here? What would be interesting to us? What would be interesting to the characters? And, ultimately, to an audience? Where can we take this? And you’ll see in the series where we took it.” 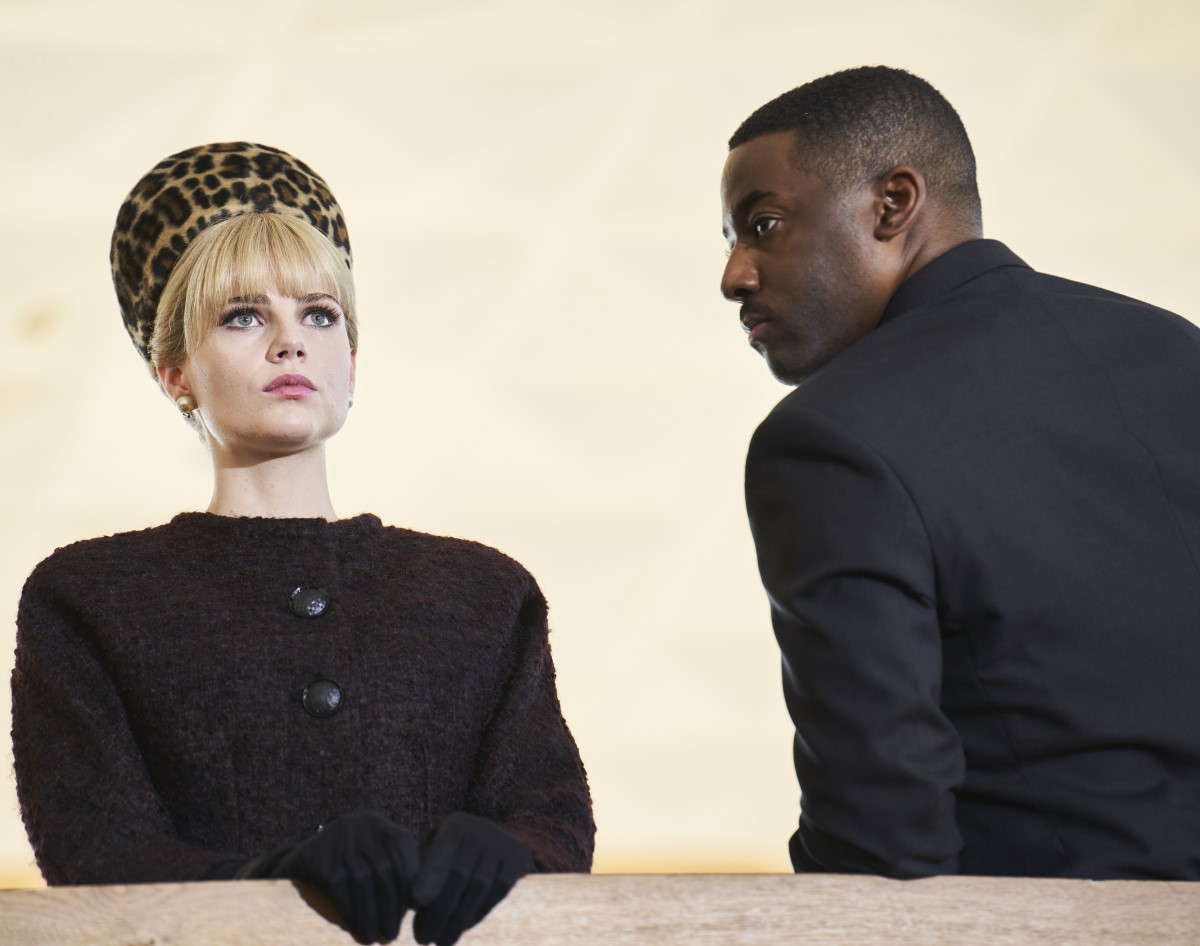 Lucy’s role is one of the parts that is considerably fleshed out in the series. “In John’s writing, Jean is such a presence and such a personality,” says Lucy. “She is not only personally expanded – we see her experience as a woman in the 1960s – but also professionally expanded. In the book, she’s Harry’s assistant, whereas in our series, she is an agent in her own right. And really good at what she does.”

Tom Hollander says of John’s adaptation: “When you’ve got a taut, witty script it’s like having a fun bouncy castle to jump around on. It’s authentic to the period, but somehow contemporary as well. And it’s in the things that it chooses to shine lights on: the depiction of Jean, the depiction of Maddox, they make it fresh.”

“I had a conversation with James early in the process, and explained to me that he wanted to flesh out Maddox’s character and peel back the layers of this man who is an African American during the 1960s in a time of racial oppression and make sure these things were addressed and I wasn’t just shoehorned into into the series,” Ashley says. “So I was really excited with what John and James had come up with for the character.”

And how was it for Joe Cole to wear those iconic glasses and assume the role made famous by Michael Caine? “I had a look at the book and I watched one of the films. But quickly realised that I just wanted to put my own spin on it. I didn’t want to do a Michael Caine impersonation. James helped me trust my instincts and I realised Harry isn’t too far away from home – he became an interesting amalgamation of myself and the character.”

James agrees: “Joe’s very likeable and he’s got a kind of cheeky sense of humour and although Harry Palmer is not a Joe Cole we found those intersections. Len Deighton talks about Harry Palmer as a winner who puts himself across as a loser. He’s not Jimmy Porter in Look Back in Anger, a raging angry guy, but he is angry. He’s a man that’s aware that the whole world is skewed against him and that he’s probably the smartest guy in the room. He’s an idealist that hides under an armour of cynicism and I think Joe’s caught that beautifully.”

John didn’t get to meet Deighton while writing the script, but he says: “I would love to meet him. I’m a big fan. I would take him my 30-year-old copy of The Ipcress File and get him to sign it. I hope he enjoys the show. It is a tribute to his books.”