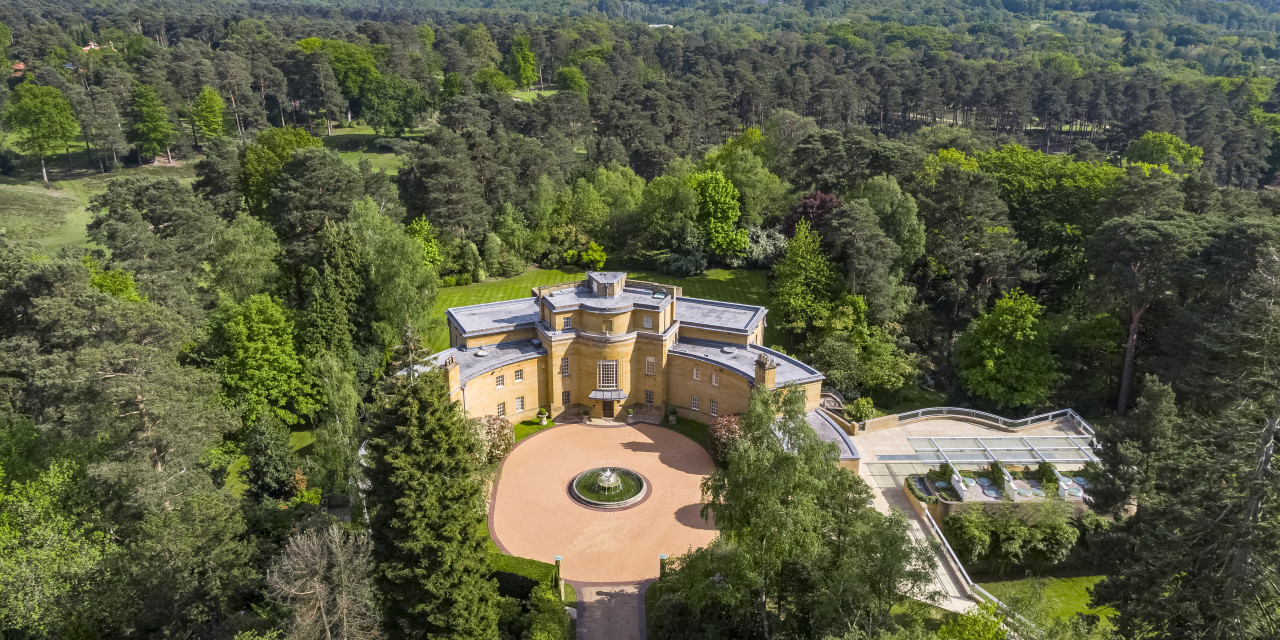 Last year saw a growing trend for country living, with the pandemic proving a catalyst for many wealthy Londoners

The pandemic, a demand for more outdoor space and the prospect of working at home more often has also meant that London leavers are moving further than ever before.

Hamptons reports that the average distance moved by a Londoner buying outside the capital hit 40 miles for the first time in over a decade, up from just 28 miles during the first three months of last year. Sevenoaks recorded the biggest increase in the share of homes bought by Londoners, at 62 per cent – 39 per cent higher than in 2019. Windsor and Maidenhead ( plus 27 per cent), Oxford (plus 17 per cent) and Rushmoor (plus 15 per cent) in Hampshire followed.

Beauchamp Estates also saw a significant shift in buyers seeking to purchase super prime home/estates outside central London with places such as St George’s Hill, Wentworth Estate and Englefield Green/Windsor proving popular – once again, driven by the pandemic as well as being able to get more living space and land for their investment.

The agent recently sold Windsor Park Hall in Windsor to a Russian billionaire (who also owns a home in Mayfair) for £21.5 million – Surrey’s most expensive house sale in five years.

Jeremy Gee, managing director of Beauchamp Estates, says: “We have seen a significant shift in sentiment from many of our clients, triggered by the pandemic, and they are now seeking to buy super-prime houses/estates both inside and outside of London in preference to lateral apartments within super-prime apartment buildings.”

Savills prime house index also showed that the pandemic altered the course of the UK’s prime residential market in 2020, reigniting the country house market and boosting demand in all locations for larger homes with gardens at the expense of flats and smaller homes withlittle outside space. 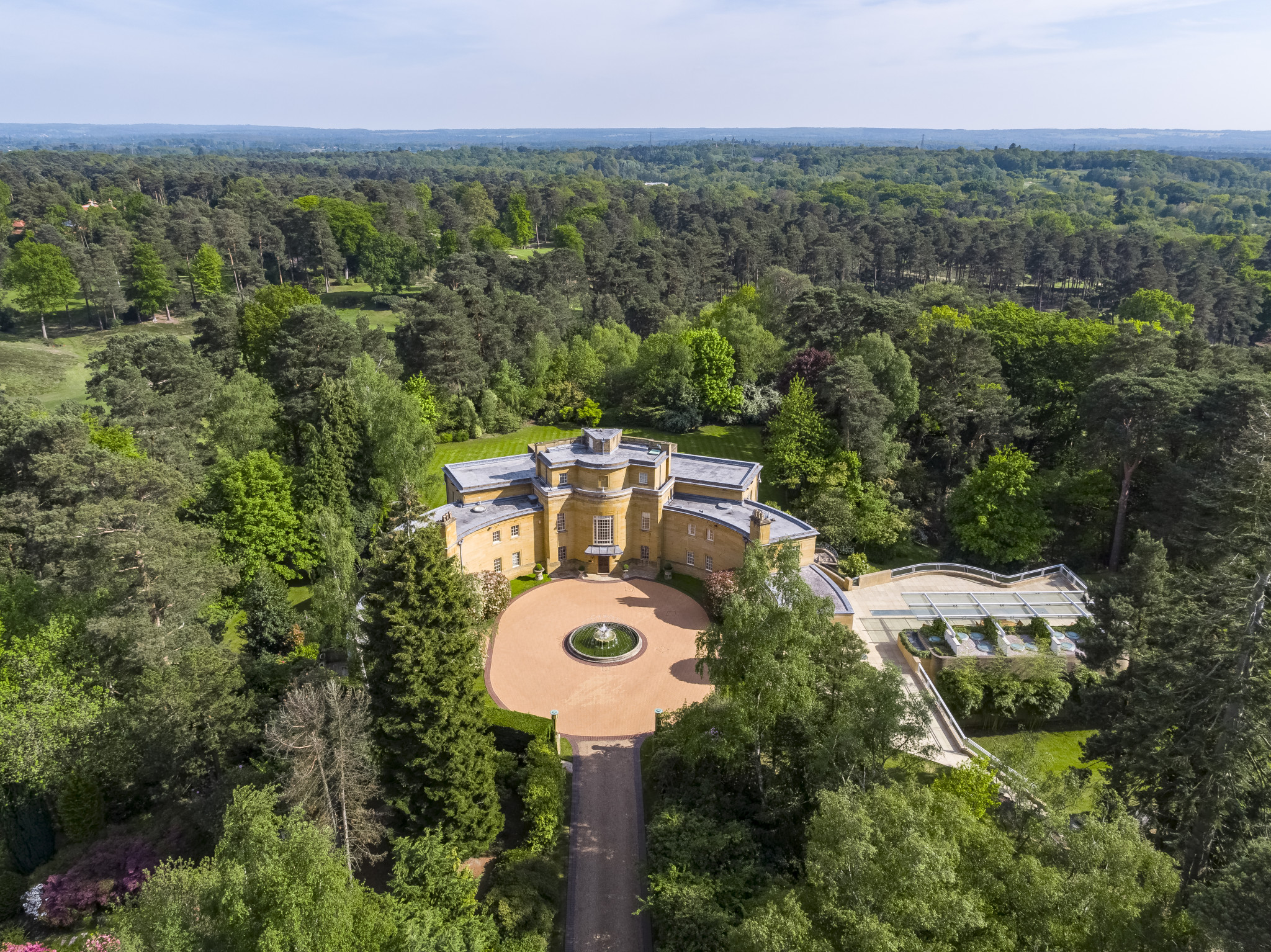 Located on arguably the finest plot on St George’s Hill and providing easy access to central London, Hamstone House was the Duchess of Windsor’s favourite country house and where Winston Churchill is said to have planned the D-Day landings. Its concave facade was inspired by a 1931 Art Deco Jaeger-LeCoultre Reverso wristwatch – the daughter of Peter Lind, the building’s then owner, married Thomas Jaeger whose father Martin was a member of the famous watch-making Jaeger dynasty of Jaeger-LeCoultre fame. The company made Art Deco time pieces for the Queen and the Duke and Duchess of Windsor, Charlie Chaplin and Queen Elizabeth II, who wore a Jaeger-LeCoultre wristwatch for her Coronation.

Andrew Perratt, head of country residential sales at Savills, says: “The country house market has seen its highest levels of activity for years and most notably we’ve seen a significant increase in new buyers who presently live in London. It is certainly apparent that with a major review of working practices and less five-day-a-week commuting to London required, buyers are looking more carefully at what else their home will offer them in the long term.

“Those markets furthest away from London have seen the biggest shift in activity from London buyers, albeit the increase is from a low base, whereas those markets that are closer to London, such as Surrey and the Home Counties, which are typically more popular with Londoners moving out, are seeing the largest volume of such buyers.”

Knight Frank also saw high-value properties perform strongly in 2020 due to a combination of growing demand for outdoor space and buyers being in a financial position to act more swiftly. It agrees that the pandemic has also been a catalyst for buyers and sellers to bring plans forward.

According to its latest Prime Country House Index, the market saw its best performance for more than six years, with properties valued at more than £5 million seeing the strongest growth in the three months to December, rising 5.1 per cent. This pushed the annual rate of growth to 7.9 per cent in that price bracket.

Exchanges exceeded the previous year’s total by three per cent by mid-December. And, with 30 per cent of the offers accepted still to exchange, it says transactional activity should remain high into 2021.

Beauchamp Estates highlights that the other big change during 2020 in the ultra-prime property market was the switch by wealthy buyers to private jet travel. With restrictions on commercial airline travel, many billionaire and multi-millionaire clients are now travelling by private jet and choosing to use smaller airports such as Farnborough and Northolt. This in turn has shone a spotlight on ultra-prime homes with easy access to these smaller private airports. 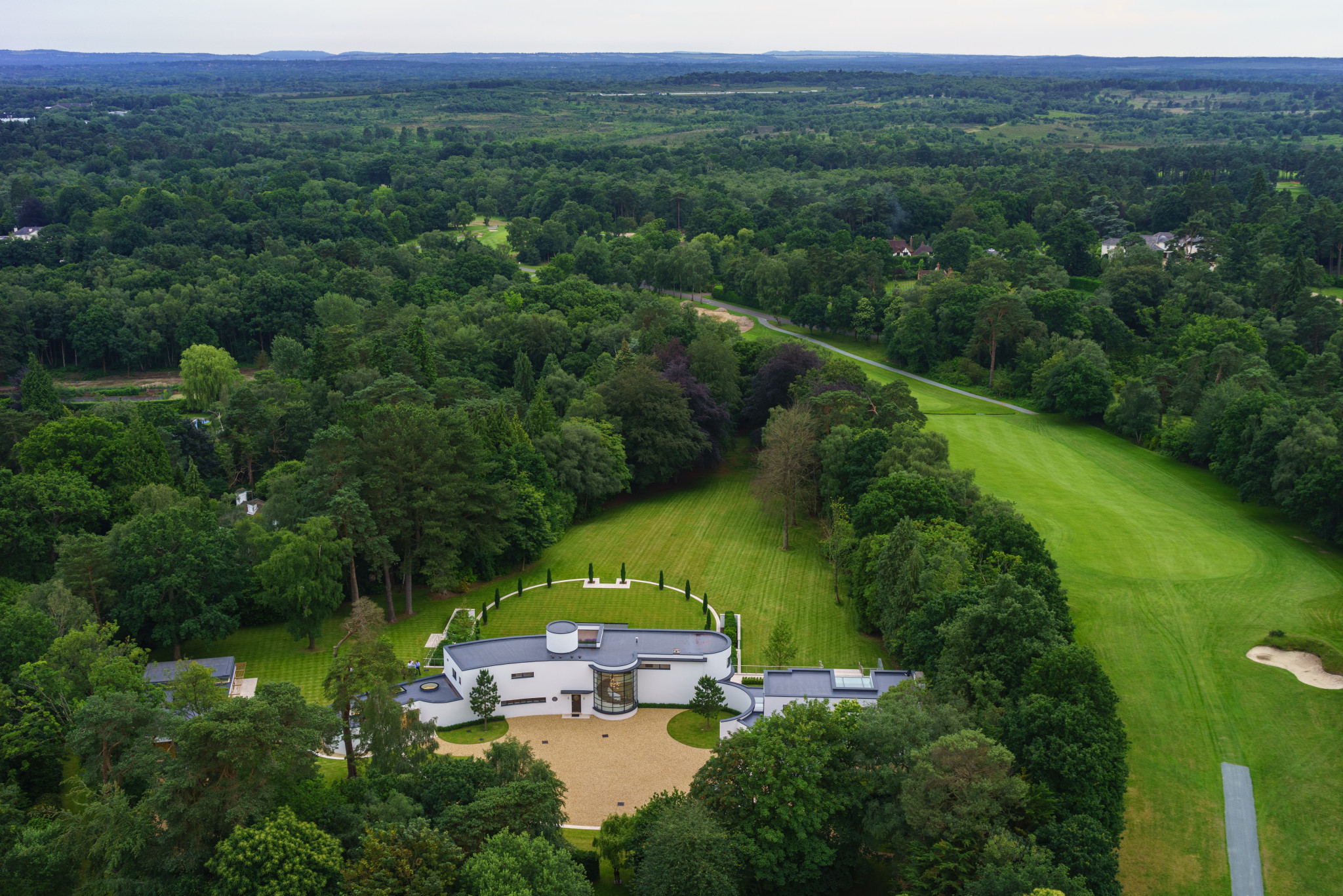 Cherry Hill – in the heart of Surrey’s Wentworth Estate – was the former country estate of US Ambassador John Hay Whitney and his socialite wife, Betsey. John, known as Jock, was a philanthropist and scion of one of America’s oldest and richest families, who collected art among other things.

The couple mixed with royalty, presidents and prime ministers and were renowned for their sophisticated taste. Their acquisition of Cherry Hill was, therefore, no surprise: it is an exquisite example of British modernist architecture – Mid Century Modern (it was showcased at the 1937 Museum of Modern Art (MoMA) exhibition, just two years after it was completed).

Built by esteemed British architect Oliver Hill, it is situated in more than four acres of immaculate landscaping, adjacent to one of the most famous and prestigious golf courses in the world.

Over the last decade it has been fully restored, with its original character retained and enhanced.The house sweeps from east to west, following the sun, with its expanse of glass and light open spaces interacting with the terraces and gardens and forming warm and bright living areas.

The design uses the finest materials sourced globally, including a garden wall of Verde Tinos marble cut from a single block found on the Greek island of Tinos and the rare green-grey and cream ‘zebra-striped’ Calcutta marble in the master bathroom suite brought from the Italian mountains of Carrara. 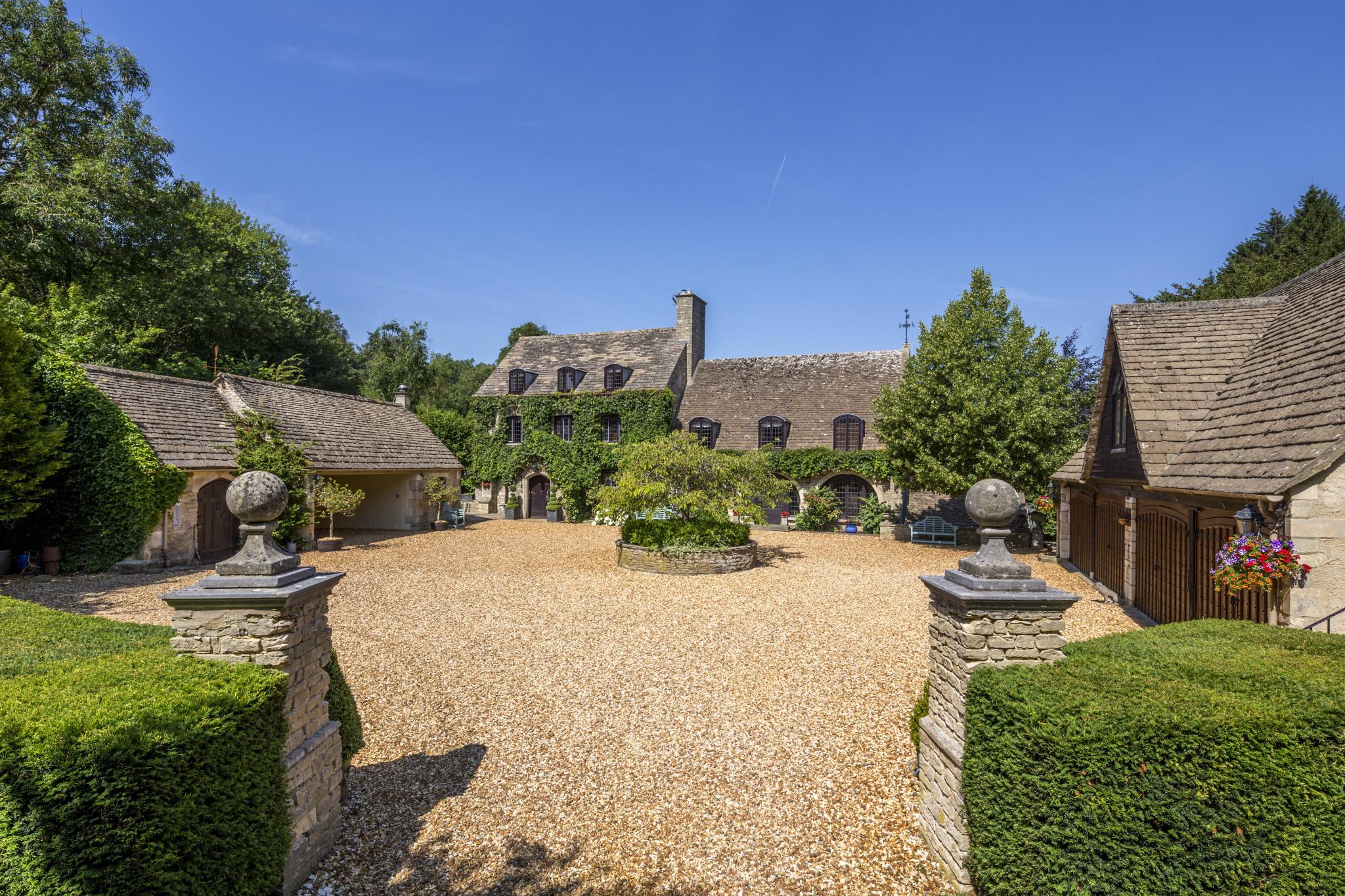 Cornmill Farm near Tetbury, Gloucestershire, is a former 17th Century ‘gryst mill’, situated in the heart of the Kilcott Valley, an area that enjoyed the prosperity of the thriving wool trade for several centuries. It underwent an extensive restoration and extension in the early 1990s, under the ownership of one of Margaret Thatcher’s advisers and speech writers, with the guidance of respected local architect Robert Hardwick.

It was briefly owned by an American oil heir and racehorse trainer, before being acquired bythe current family in 2001. The house has been meticulously upgraded and maintained to provide a comfortable and practical family home, with further guest accommodation provided in the Coach House.

Approached from the village lane, via a tree-lined drive, the historic mill is situated in a peaceful and secluded location.

The ring-fenced farmland flanks the main house and comprises beautifully maintained ancient pastureland, meadows and deciduous woodlands, including a Site of Special Scientific Interest (SSSI), with well-maintained private access tracks, rides and walks as well as two ponds, ideal for camping, barbecues, picnics or fishing. The land rises from the bottom of the valley to the top of the escarpment where there are exceptional views as far as Wales.