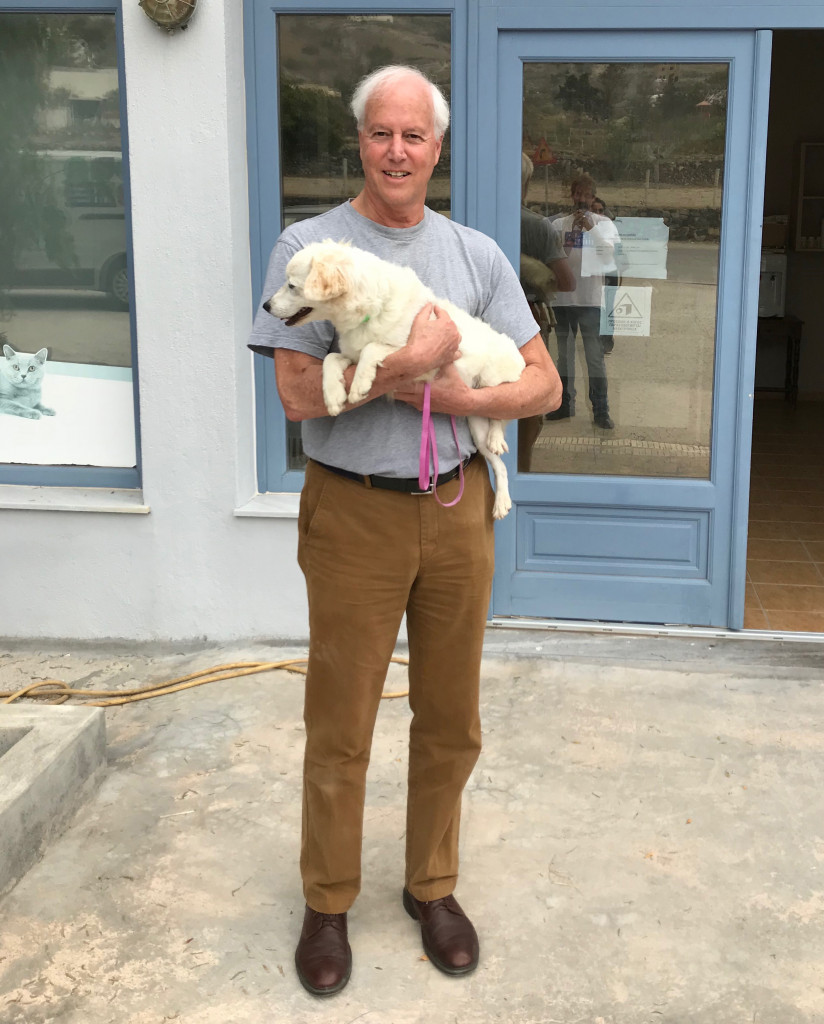 Veterinarian Bruce Fogle’s clients have included Elizabeth Taylor, the Duchess of Argyll and a menagerie from Harrods’ famous pet department

When Ontario-born veterinarian Bruce Fogle arrived in London in 1970 sporting flares, sandals and lapels the size of an eagle’swingspan, he assumed – hailing as he did from a slice of Canada that considered itself ‘more British than the Queen’ – he would find a home from home. The reality, of course, taught Bruce that assumptions exist to be challenged and that street monkeys have great aim.

Bruce’s initial two years as a ‘boy from the colonies’ moving to the big smoke is detailed in his latest book Call the Vet.

Fresh out of Ontario Veterinary College – considered the best in the world – Bruce came on a Canadian government grant to work at Regent’s Park Zoo for a year and was recruited to a clinic in Belgravia’s Pont Street (Woodrow and Singleton).

He would spend his first two years in London treating animals including pumas, alligators and skunks on sale in Harrods Exotic Pets department, in addition to the pampered pooches of a constellation of international stars and the local great and good.

“I wasn’t familiar with the class stratification, I didn’t know the symbolism of different parts of London and I was quite naïve,” he says. “The book is about an outsider popping into what, at the time, was quite a closed culture.

“The dustman was a man named Mick and he had no problem inviting me to his pub for a drink and a Dowager Duchess didn’t have any problems asking if I happened to have a sister so her no-good son the Duke could meet a decent young woman and I was a decent young man! So, I was able to cut across various cultures simply because I couldn’t be pinpointed into a British stratum.”

For the most part, names in the book have been changed. But Bruce was very touched when Sir John Gielgud offered his apartment overlooking New York’s Central Park to Bruce and Julia on the occasion of their marriage. Then there was the time when Paul McCartney’s two dogs (a Dalmatian and an Old English Sheepdog) had an illicit liaison that resulted in one of them going into labour when being brought in for a bath. The taxi driver delivered the dog, returning swiftly with a puppy he found mewling in the boot. 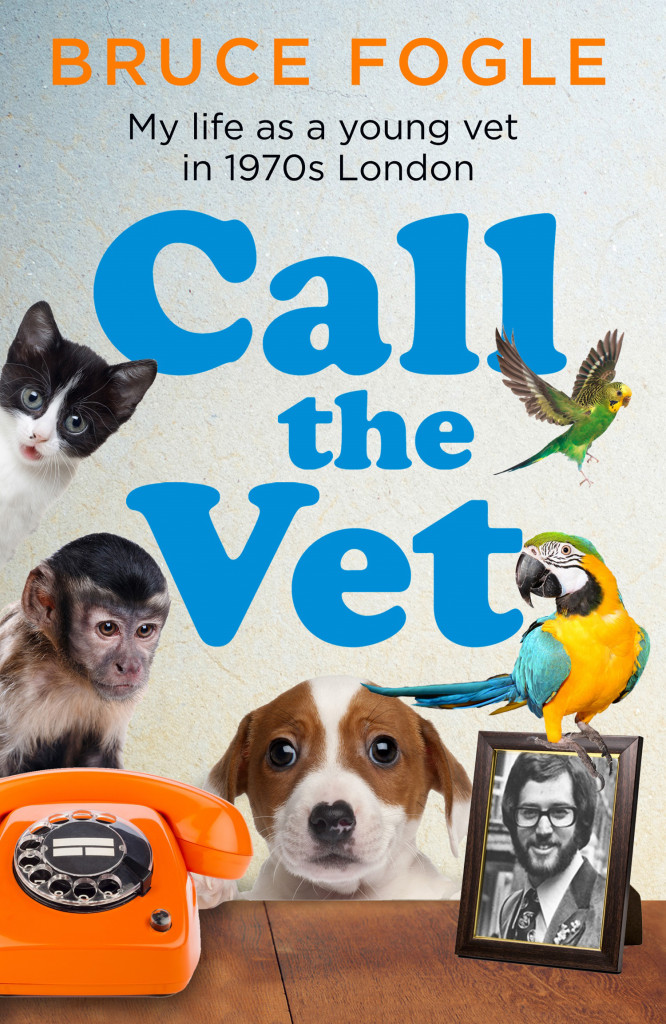 Bruce concedes that there were probably many more people that he failed to recognise while he was busy working – his own wife among them. He happily describes himself as someone who spent the first 20 years of his life known as the husband of revered Alfie actress Julia Foster and the latter 20 as the father of adventurer and presenter Ben Fogle. It was Julia who had to ask the shy Bruce out after taking her Golden Retriever in for treatment (they have the breed to this day). “I just didn’t recognise that she was the same actress I’d recently seen in two plays,” laughs Bruce.

Bruce is still working at his Elizabeth Street practice; the longest continual-running veterinary practice in the country, which he opened in the 1970s. He’s also written books that sell in their millions, co-founded the charity Hearing Dogs for Deaf People and is chair of the animal protection charity Humane Society International.

After being taught as a veterinary student that animals had little perception of pain, Bruce credits outstanding veterinary nurses and female influence for helping him to challenge his views on animal welfare. “My professor Jim initiated surgical exercises, which in hindsight were the most dreadful surgery – it was survival surgery where we operated on sheep and dogs for them to survive for us to operate on them again. It didn’t enter our minds that what we were doing was horrible because the culture was quite different then.”

Although these skills enabled Bruce to save a dog’s life when he arrived in the UK, a failed operation on one of Harrods’ exotic animals prompted further self-recrimination. Bruce performed an emergency tracheotomy on a puma on the shop floor but the next day, the puma died. “I had effectively saved her life only to kill her 12 hours later. We weren’t set up for an exotic animal like this, so I left her there alone without overnight checks.” 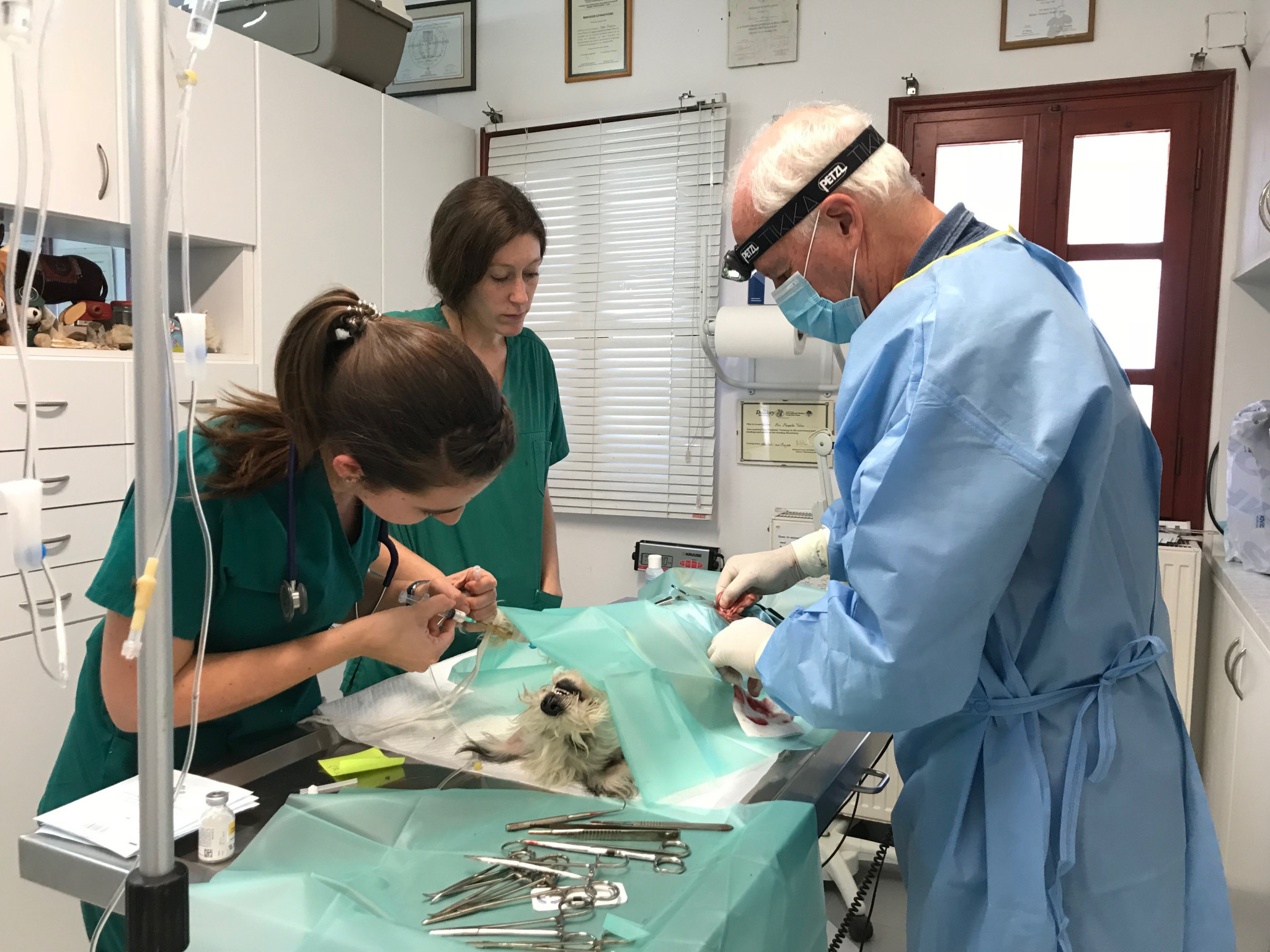 It was the veterinary nurse’s misgivings during the post-mortem for such an animal to be sold at Harrods that prompted Bruce to successfully lobby to halt sales of exotic pets.

Stories abound in the book; of the street monkey that, on recognising Bruce, would immediately defecate on demand to an elephant that swallowed Bruce’s thermometer through its rear end. And the owners are as characterful as their companions, from the glamour of Elizabeth Taylor to the pampered toy poodles of the Duchess of Argyll.

The latter once rang at 2am when one of her poodles, Antoine, was having what she thought were bad dreams and was pacing the room. Bruce asked the Duchess if the pooch might need the loo, only to be told Antoine had ‘spent both a penny and a tuppence.’ “She had given the poor dog both Valium and mogadon.”

Call the Vet, by Bruce Fogle, is out now.