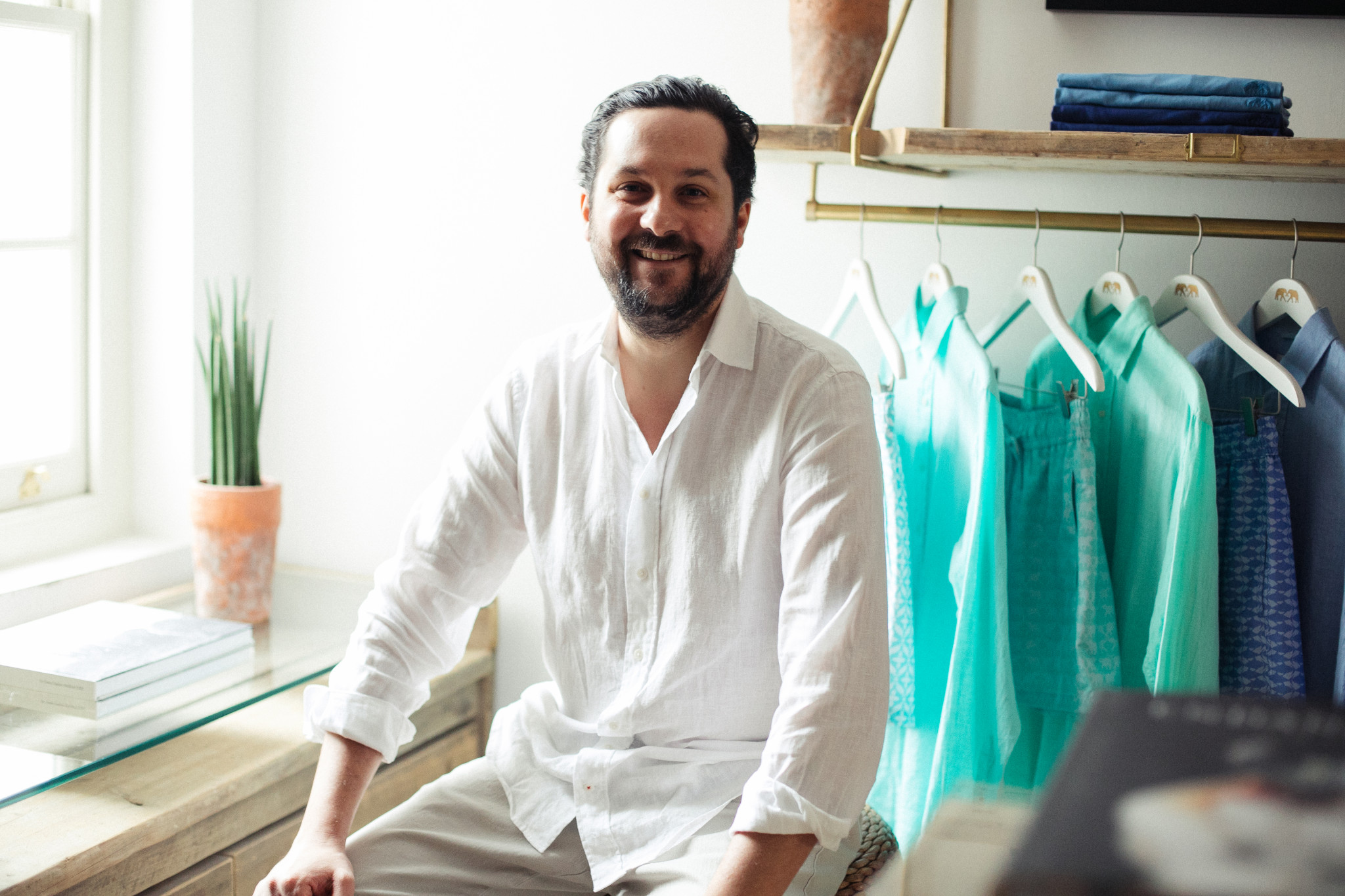 “I went into architecture not entirely sure what to do and realised I didn’t quite have the patience to see it out. I’d done some entrepreneurial things at university and wanted to get stuck into starting my own business. I began with a shoe stall selling espadrilles on Portobello Road, which developed into a website, and was my route into the beachwear industry. I had absolutely no fashion background whatsoever!

Love Brand was born from a love of elephants. In 2010 there was an elephant parade in London [a sculptural art trail] to raise awareness for endangered Asian elephants, highlighting that 90 per cent of them have disappeared and they could well become extinct in the wild during my lifetime.

I wanted my brand to have a greater purpose, and what better than saving a species that I love and have a childhood affiliation with? [Tomalin has connections to South Africa through his father.]

If we can create the space, which is one of the fundamental problems facing elephants, for these large mammals to live in peace then we’re one step closer to sharing the world appropriately. If elephants go, then we’ve really tipped the balance onto the wrong side of overdeveloping the planet. We donate a percentage of our revenue – not just profits – to conservation charities. This year we are supporting an incredible California-based charity called Wild Aid, who are fighting the illegal wildlife and ivory trade. My wife and I came across them quite a number of years ago at the Royal Geographical Society, where the CEO Peter Knight gave an impressive talk.

“It’s all about changing habits and cultures in various parts of the world, to not persecute wildlife”

In the past, we’ve tended to focus on charities which are doing the conservation work in the field, whereas these guys are all about combating the demand which is driving the issues. So it’s all about changing habits and cultures in various parts of the world, to not persecute wildlife.

Selling swimming trunks in global pandemic with no travel is challenging, but if there’s a silver – or greener – lining, it’s that people are much more conscious about the fragility of the planet.

We’ve evolved as we’ve developed the brand over the last 10 years, and we actively seek the most sustainable solutions throughout the business. Our swim shorts are made out of recycled plastic, which is a fantastic quick-drying fabric. Our linens and cottons in our shirts and shorts are organic, and all of our buttons are made from nuts rather than using plastic. We’re really our own biggest critic and look every year to see how we can evolve and develop further with how we make things in the future.

I met my now-wife Rose while I was setting up Love Brand and she was in Kenya at the Wildlife Trust orphanage, which we’ve continued to support over the years. After four weeks of dating, I invited her to join me on a trip to Kerala, to meet an amazing elephant as part of a [charity] project. We now have two children, and still actively talk about the business every day.

The shop on Park Walk was our first store, and it’s been open seven years now. It’s a beautiful space with a lovely garden at the back and, in addition to our menswear collection on the ground floor, my wife has more recently created a curation of lifestyle brands which share our values. There’s everything from reef-friendly sun cream to reading for the beach, art and fragrance.

I’m not just saying this because I design them – that would be awful – but I genuinely think that the prints on our trunks are important through the storytelling and the purpose they hold. I look to nature and the projects that we support for inspiration. I’ve never been a huge fan of very obvious prints, so I think it’s important that it’s subtle but still there” 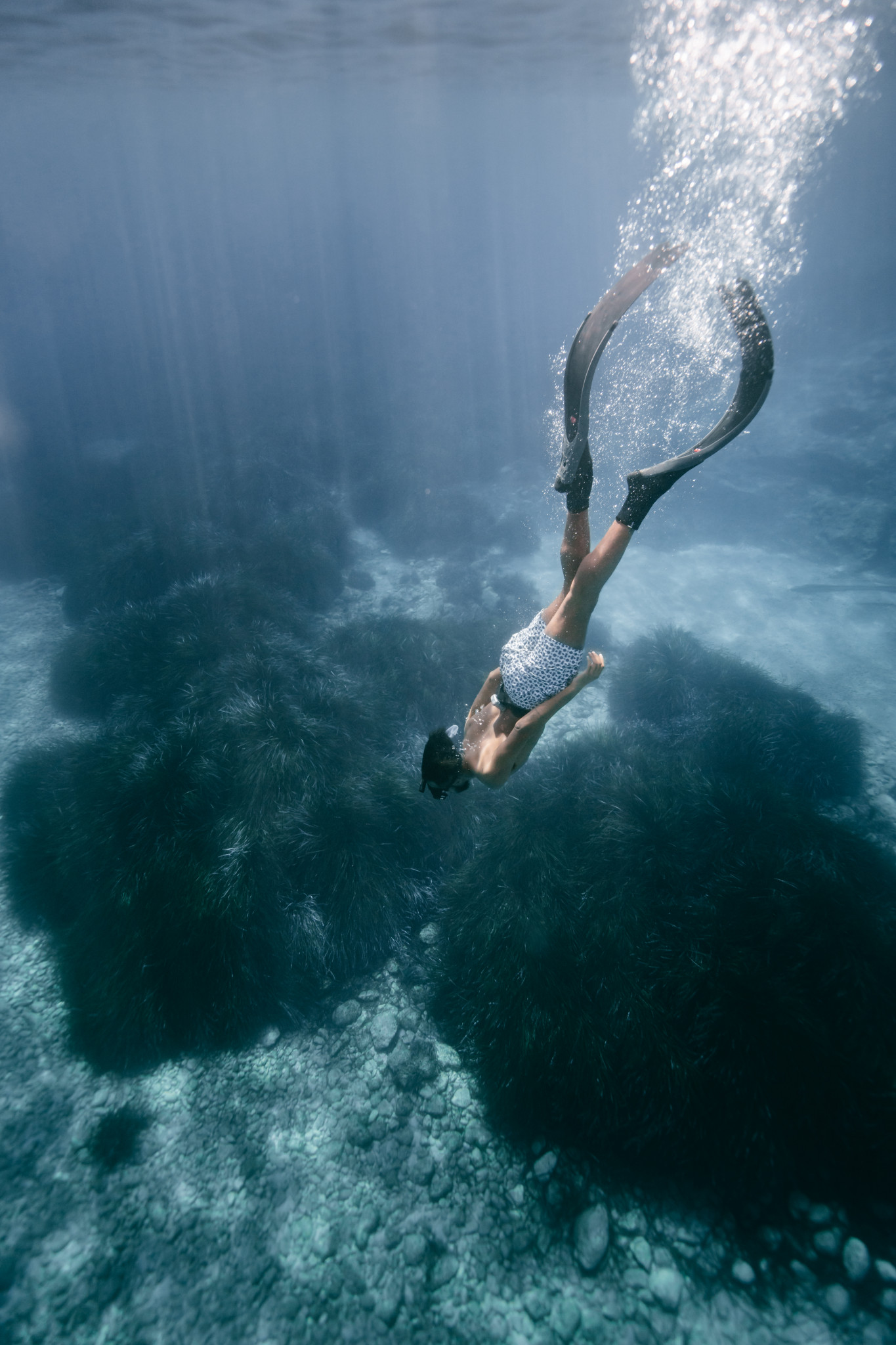