The mole in Windsor Castle 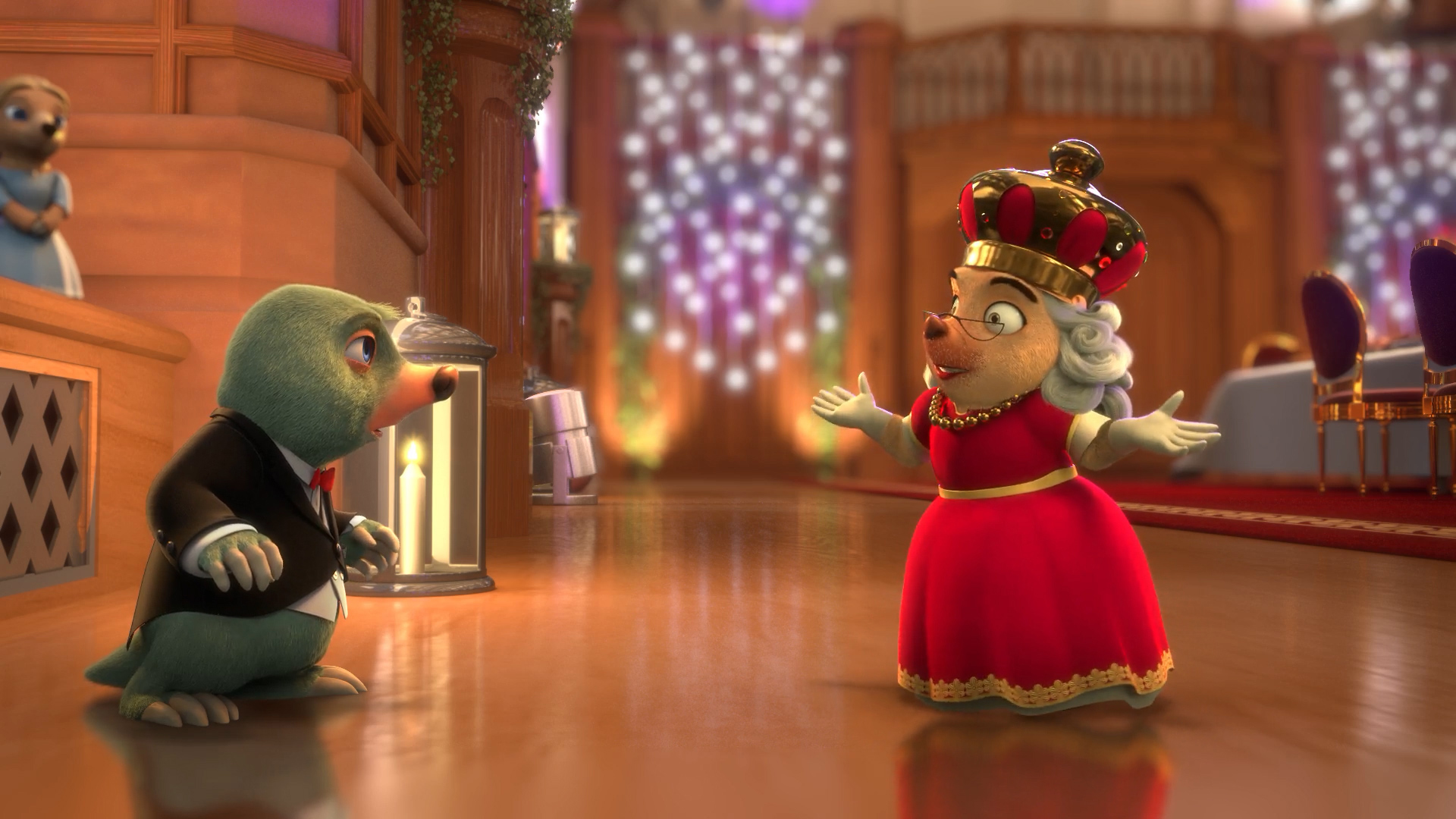 When local resident James Reatchlous used to tell his young daughters stories about a mole, little did he know they would one day be made into a global tv series.

“No clean teeth, no Moley,” James Reatchlous would tell his young daughters when his stories about a mole living under Windsor Castle were a beloved part of their bedtime routine. It’s the kind of bargain that could soon be echoed by parents around the world as, over 20 years on, those same tales become a global TV series for four- to eight-year-olds.

James’s path to screen success is a heart-warming story in itself and one firmly rooted around his Chelsea home.

He told more than 200 off-the-cuff stories to daughters Hettie and Tattie over eight years, writing them down in his journal each evening so he could pick up the thread the nextday. All involved Master Moley and mole friends across the world living under famous buildings like the Louvre and Sydney Opera House.

Two decades later when James was being treated for cancer, his now grown-up daughters dug out his Master Moley journals and brought them to his hospital bedside. “It was an emotional uplift and all about remembering those days of them looking adoringly at their father,” he explains.

Not only did it boost his positivity, but it also set him thinking about the stories’ commercial potential. After leaving hospital, he spent days in Chelsea Physic Garden sketching out a business plan.

“At this time, I had no hair, I’d had chemotherapy and I was looking incredibly ill, but I was energised,” James recalls. 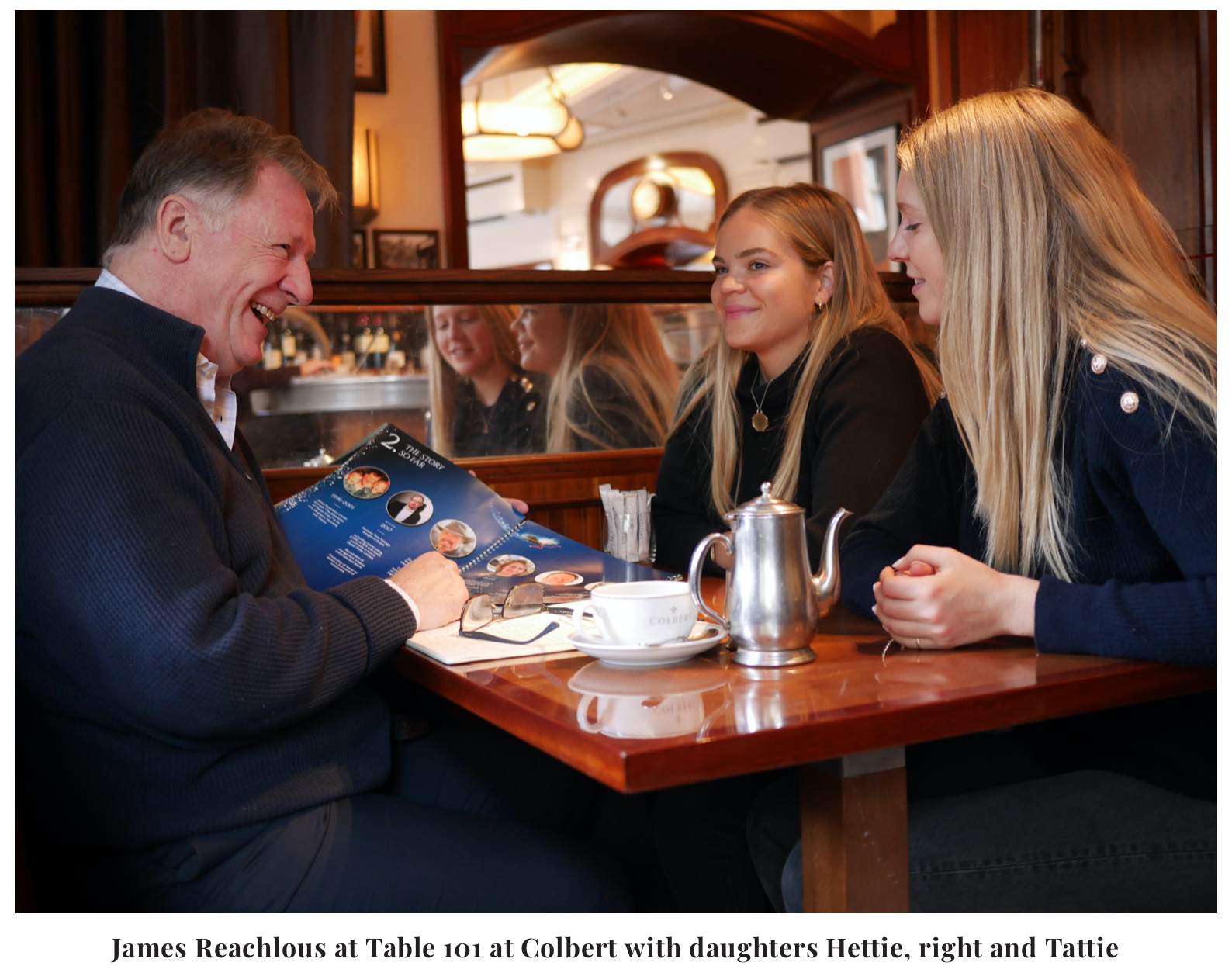 He brought his experience marketing big brands like Pepsi and Guinness to his plans for Master Moley and plotted to launch the stories as animations.

That was three years ago. Now James is in remission from cancer and, thanks to a growing band of enthusiastic investors (including Olympic legend James Cracknell), Master Moley surfaced in a 30-minute TV film last November, with characters voiced by Julie Walters, Charles Dance, Richard E Grant, Gemma Arterton, Togo Igawa and Warwick Davis – who is also executive producer.

Around 400 people now work on Master Moley and in the hands of a dream team of animators, the look of the moles has followed James’ vision: “I’m not a very good drawer but I had a very clear image in my mind of what they looked like and what kind of characters they were,” he explains.

Messages like embracing diversity and caring for the planet were already embedded in the stories as part of his desire to teach his daughters a good moral code. Though, he admits, a tale about the Queen getting tipsy and swinging from a chandelier is unlikely to make the cut!

James now starts each morning working through emails in Colbert on Sloane Square. He also holds meetings in Han’s Bar & Grill on Pavilion Road. “It’s very much a Chelsea story, for me, I’ve lived here for so many years,” he says.

“I kind of have to pinch myself …it will be sitting amongst Tom & Jerry, Scooby Doo and all the other projects”

Of course, he also spends time at recordings with the famous cast. “We’re all in the studio together and we always have a laugh. They’re all so nice, so unassuming and funny.”

“It turns out Julie Walters has a tremendous mole problem in her garden,” he laughs. Thankfully, the actor is still good-natured about these little-seen creatures and even shared her impression of them with the cast.

On James’s 70th birthday, the Master Moley TV film was shown at a private cinema screening packed with children. James’s daughters, now 28 and 30, watched the characters their father invented for them enrapture a new generation.

“I saw my own kids looking at me in the same way they used to when I first told them the stories. I think none of us can believe what’s happening,” says James.

Meanwhile, a full feature film is in development already, with plans for it to hit the big screen in 2023-24.

James is thankful he had the foresight to create characters to entertain his daughters that hadn’t been extensively fictionalised before. “I was trying to figure out what was cuddly, what was endearing, that wasn’t a bear, wasn’t a rabbit, wasn’t a mouse…” explains James.

His originality has certainly paid off: “Never did I ever think that all these years later those

stories made up on the hoof to my kids, based on adventures we’d been on that day, would have been played by people like Julie Walters.”

Read more about people and culture