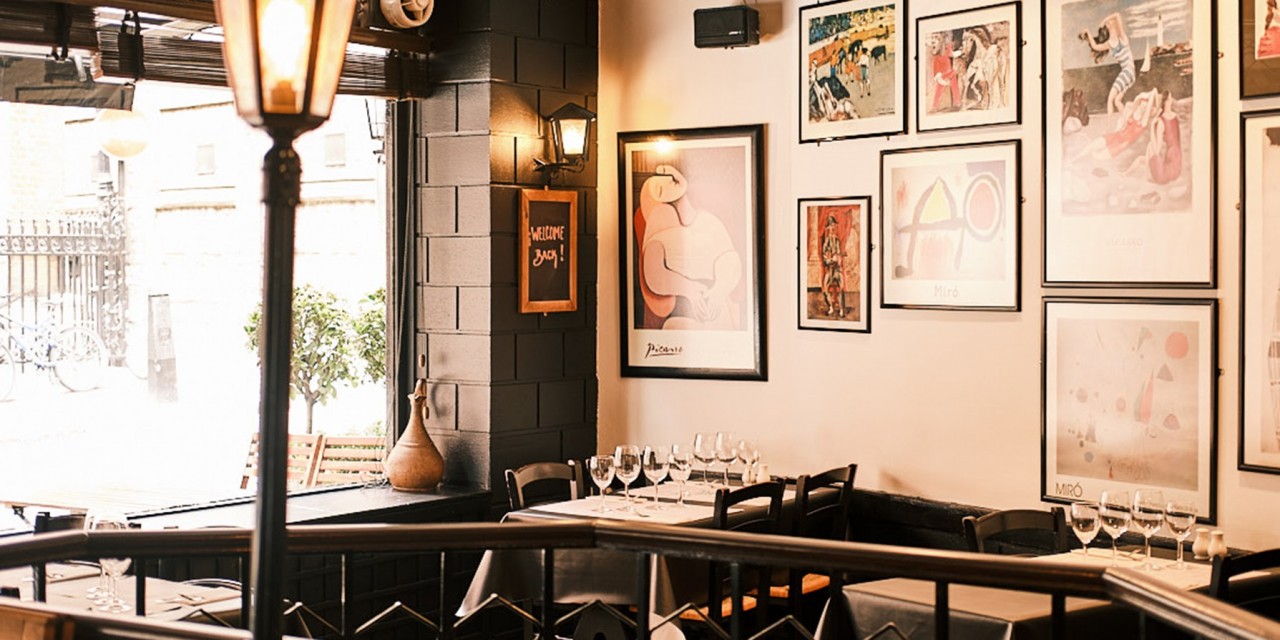 For more than a quarter of a century, Mayfair’s iconic El Pirata restaurant served tremendous tapas at fantastic value without a hitch – and then, like everybody else, it was forced into lockdown in 2020. Erik Brown reports on El Pirata’s comeback – with a few different flavours, the same friendly service and slightly more than just a lick of paint.

Jose ‘Joe’ Rodrigues grins at me from the screen of my elderly computer. He’s a happy man: El Pirata, the Mayfair tapas bar he runs is finally open again – and his wife, Soraia, is expecting.

“It’s a result of the lockdown,” Joe says. “When you don’t have time at home, these things don’t happen – but it’s all good.”

For the moment, though, he’s focusing on getting El Pirata back up and running smoothly after its only closure in 26 years.

And things have changed at the Down Street restaurant. The menu has been tweaked with the help of a former head chef at a Michelin-starred restaurant; the downstairs dining area has been redesigned and refurbished; and, of course, stringent safety procedures have been put into place to protect customers.

Joe runs through the procedures one by one. The upstairs bar where walk-ins used to sit on stools while waiting for a table is closed until a way can be found to protect customers and staff alike. Hand sanitisers for customer use have been placed throughout the restaurant. Tables have been removed so that social distancing can be observed. The book style menus and wine lists have been replaced by menus on paper placemats, and A4 printed wine lists that can be binned when the tables are scrupulously sanitised between customers. And every morning, staff arriving for work have their temperatures taken before donning face masks. Replacement waiters are on stand by in case anybody has to be sent home. Customer safety is paramount. 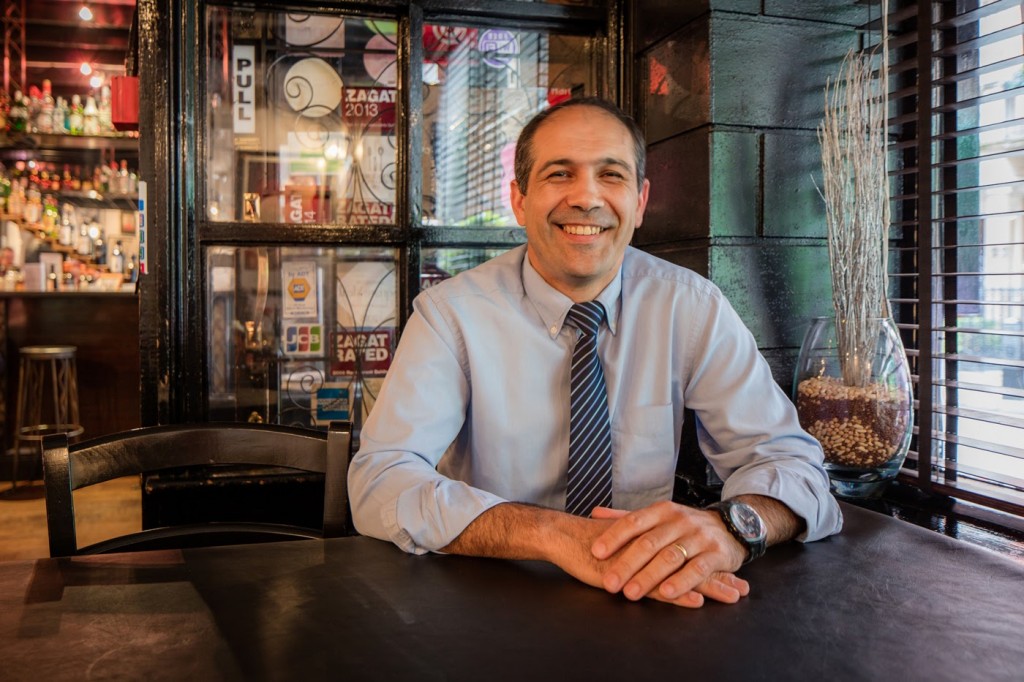 Of course, something similar is happening at every other restaurant reopening in London, but it still sounds like hard work. El Pirata has always provided good value tapas from a site in one of the world’s most expensive locations. That takes a lot of focus, and now Joe – as patron – is going to have to be more focused still.

He’s not afraid of hard work, though – he was born into it. Originally from a mountain village in Madeira, Joe says his mother sold the milk of the two cows she kept – but because the cows couldn’t be allowed to roam the peaks, she had to collect their feed three times a day from the mountainside and haul it uphill to their byre on her back. Joe’s father was a builder’s labourer, and when – against the odds – Joe won a place at school in the capital Funchal, he had a two-hour commute each way.

When he arrived in England at the age of 21 – for only ‘around six months’ – he quickly got a job at a coffee shop in Covent Garden, where he worked for 12 hours a day, six days a week. He stuck at it for two years too. It’s where he met his wife.

After he and Soraia got married, he moved to El Pirata’s sister restaurant (also called El Pirata) in Blackheath village, south London, and raised his family from home in Eltham.

“Beautiful kids,” he says, “never given me any trouble.”

He has been at the Mayfair El Pirata for 18 years, the last four of them as patron.

It’s hardly surprising, given Joe’s work ethic, that he saw opportunity in lockdown. El Pirata’s head chef, Rosendo ‘Rosi’ Simbana, had been cooking in the tiny kitchen ever since the restaurant opened, and he was looking for some new ideas. So, Zac Whittle, former head chef at Michelin-starred Galvin La Chapelle in Spitalfields, and a family friend, agreed to work with Rosi, bringing new flavours and balance to classic tapas dishes like paella. The result, Joe says, is startling. 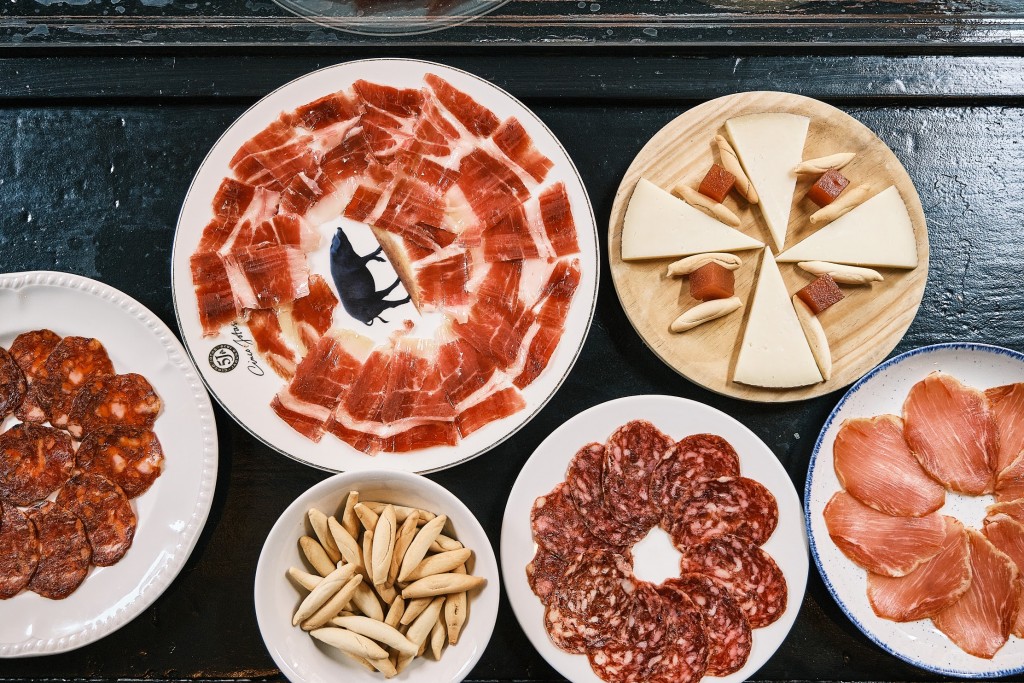 And then there was the ‘lick of paint’ that turned into a refurbishment. The upstairs dining room is barely changed, although it has been decorated – but the downstairs dining room now has a different floor, a bare brick wall and a specially commissioned mural. It feels warmer, more modern and ‘younger’ than it once did.

“We ended up transforming the whole downstairs floor,” Joe says. “I think it’s excellent, it’s way better than I was actually aiming for in the beginning, and I’m glad. But, of course, it’s an investment and we’re going to need customers to help pay the bill.”

With a reduced staff, Joe has to be on the floor of the restaurant every day it is open – but he’s still got to keep on top of the admin, which includes the crucial task of monitoring customer feedback, and for the time being he does a full day in the office every Monday when El Pirata is closed.

But he is sanguine. “At this moment, there are so many places still closed around Mayfair, I feel this is a great opportunity to get new customers in. If we want to be among the top places in Mayfair now is the right time to make sure they are coming in, they are trying us out and they are happy with everything we’re giving them.”

And while quarantine and the threat of more lockdowns have put the brake on travel, you can still get an authentic taste of Spain and savour its relaxed lifestyle in this quiet corner of Mayfair.

So, what’s the deal with El Pirata?

It’s an authentic Spanish tapas bar in Down Street, Mayfair. The name means ‘The Pirate’, and it has been on the same site for 26 years.

That’s a long time for any Mayfair restaurant. What makes it so successful?

Well, it’s a buzzy, fun kind of place with great food and friendly, well-trained staff. And it’s proper tapas – you know, small plates to share, and there are around 50 of them to choose from so you can spend as much or as little as you like. It’s quite rustic. People love it.

Sounds good. What do the reviews say?

Fred Sirieix – you know, that French guy who fronts First Dates and Remarkable Places to Eat on TV – says it’s one of his favourites: “Consistently very good food, great value for money and top service.” And Harden’s wrote that El Pirata’s “lively style and good-value tapas makes for a lot of fun at very reasonable prices for such an expensive area.

Do all of the reviews use the words ‘great value’?

And your favourite dish?

Difficult to say, but I’d go there just for the alioli and the Bellota Jamón – ham from Black Iberian pigs fed on acorns, herbs and roots. And the wine, of course – the wine list is just spectacular.

An authentic taste of Spain in a quiet corner of Mayfair.

When are we going then?

Well, it’s open four days a week at the moment – Wednesday to Saturday – so whenever you like. It might be worth booking though – there are fewer tables than there used to be. Call them on 020 7491 3810 or drop them a mail at dine@elpirata.co.uk