Born between 1980 and 1994, with high-performance careers and lifestyles, Mayfair’s millennials are making a significant contribution to the vibrancy of the area – and its economy. We meet a few of them 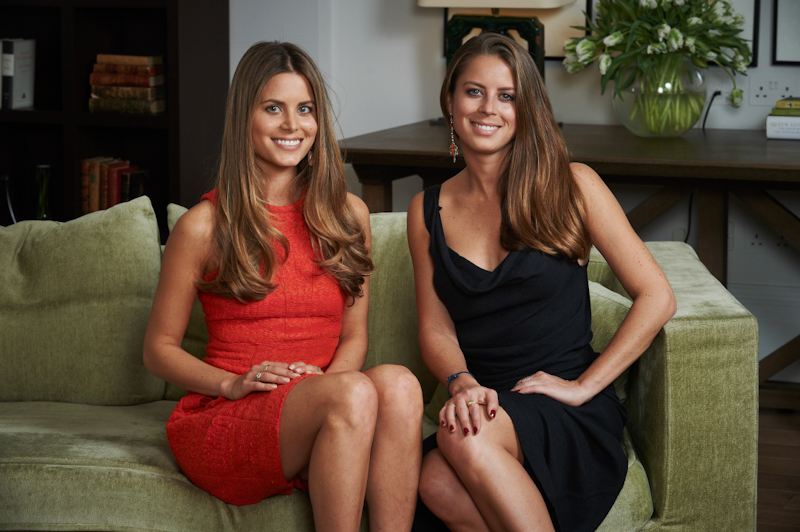 Sir Rocco Forte’s daughters are both an integral part of his hospitality empire, which includes Brown’s Hotel in Albemarle Street. Lydia joined the family business in 2014 as group director of food and beverage. The 33-year old oversees the restaurants, bars, in-room dining, meeting and events and has grown the F&B business to 25 per cent of total revenue since joining.

“I love that Mayfair feels like its own village – one that is a melting pot of industries and cultures, a meeting point for people who live in different parts of the city but also the world,” she says.

Irene, 31, joined the team in 2013 as quality standards executive – establishing brand standards across the group – before roles as brand manager and group project director. In 2018, she became wellness director and launched her eponymous skincare line.

“I love Mayfair; it has some of London’s best galleries, shops and restaurants,” she says. “Austrian gallerist, Thaddeus Ropac, the Royal Academy of Arts, Aquazzura and Gymkhana are just some of my favourites.”

Jet-setting Dodge founded GP Management, with its headquarters in Regent Street, 11 years ago. Having organised the Gumball Rally, “the biggest celebrity supercar rally in the world”, he has never really looked back. “It was a crazy adventure; working with governments, movie stars and supercars and parties around the world,” he says. “There were 100,000 fans and a TV audience of millions and I then ended up in a world of celebrity parties and met a billionaire business partner, airline mogul Tony Fernades [founder of Air Asia].”
They became friends, bought a nightclub in Mayfair, ‘Aura’, and then bought a Lotus F1 Team. “The chance to get into F1 presented itself and I jumped at it with my passion for motorsport. We felt the entertainment around F1 was up for improvement and, within months, we were running exciting new events around F1, for F1 with parties and gala dinners, then festivals and conferences around the world.

“One of my most memorable experiential moments we’ve created is our Iceland adventure; we take people driving up volcanos over glaciers on a trip of a lifetime. If you add, on top of that, meeting a group of likeminded new friends and then having to pull them out of the snow and work with each other, it’s an experience you will never forget.

“Being a millennial, we have a huge love for experience and not for things. Experiences are the only things you buy that make you richer.

“People find value in experiences and physical things are so much less important. In a digital age, too, we are looking for some real world experiences; we aim to create them and bring the wow factor.”

The Yorkshire-born 32-year-old became a stylist after dramatically transforming his own image following the break-up of a long-relationship. Recognising the impact of clothing and grooming on his self-confidence, he has been curating the wardrobes of some of the world’s busiest men for the past 12 years.

Savile Row-trained, he works closely with ateliers, tailors and brands – including a partnership with independent tailor Kent & Haste in Sackville Street – and sources, selects and designs pieces that will suit.

Johnson’s studio at 53 Davies Street offers a discreet appointment-only service, while he can also travel on request to a client’s preferred location.

“Mayfair is the centre of luxury and one of the finest addresses in the country, if not the world,” he says. “It’s important to be close to such an exceptional community of retailers, artisans and craftspeople.” 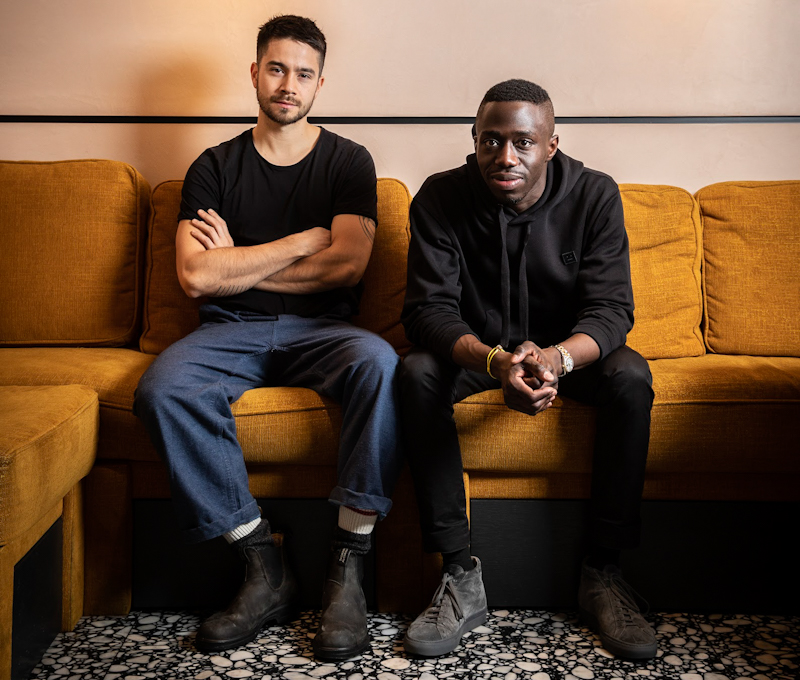 Chef Jeremy Chan and Nigerian-born friend and business partner Iré Hassan-Odukale launched Ikoyi in St James’s Market in 2017; but it soon became apparent that guests didn’t know what to make of it. While the pair looked to West Africa and Hassan-Odukale’s home city of Lagos for inspiration, they were, in fact, attempting to move beyond the confines of ‘regional’ cuisine and create something truly original.

However, the press insisted on pushing an agenda of this being a ‘West African restaurant’ and those that came – particularly Nigerians – were not impressed with how atypical and unrecognisable the dishes being served were. Ikoyi, barely a year into its existence, was dying.

The team decided to change tack. They replaced the à la carte with a blind tasting menu, which allowed for more creative freedom and a wider scope for selecting interesting produce. Soon after, the restaurant won a Michelin star.

Ikoyi is now considered one of the most forward- thinking kitchens in London, with an inventive approach to using lesser-known ingredients.

The 37-year old, based at 33 Savile Row, has always held an interest in psychology and psychiatry. He arrived in London, aged 22 and, inspired by bestselling self-help book, The Secret, looked into personal development. After watching an American life coach give a talk, a eureka moment arrived.

He says that 2011 compared to now, is “day and night.” “From minus 5k to half a million plus turnover as a one- man band,” he says. “It’s not about the money but you can do a lot with it. I’ve got parents in Poland and they have a great life now – I consider that to be one of my biggest accomplishments.

“Among the more high net worth individuals, if there is one thing I help with them the most, it’s that general sense of unfulfillment despite significant financial success, that ‘I shouldn’t feel s***, but I do, can you help?’.”

He says that as far as branding goes, there is no better location than Mayfair. “Not only Mayfair but on Savile Row. When I saw my place I thought, ‘oh my I think I’m going to start to believing in God’. As a millennial, being open-minded, I think does help.

“But I do prefer to listen to Mozart rather than Kanye West – I’m not the coolest of the millennials.”

In a profession which has, historically, been dominated by men, Caroline Andrew is part of the new generation. A bespoke tailor based in St George Street, the 30-year old produces traditional hand-crafted British suits for both men and women using cloths from family-owned mills.

“I know what I like and I know what works, however, Caroline managed to push me slightly out of my sartorial comfort zone and it worked,” said Rose. Andrew says that Mayfair, being the “heart of the tailoring industry”, is very important for business.

“Mayfair is more like a village once you get to know it, you realise people, buildings and businesses have been around for a long time and I like that,” she says.

“Everyone is friendly and there is a real community feel.”

Balashev, 31, set up the company in 2015. A boutique real estate agency and private office specialising in complex investments and luxury properties, the company offers a start-to-finish service, working with its clients to develop and achieve their real estate goals on a global scale. Its current portfolio is spread across Europe, the Middle East and the US, where the company hopes to expand its presence within the next year.

Balashev, who is also a founding partner of the recently-launched real estate investment fund Monta Capital, says he chose Mayfair because it has “the perfect combination of so many things”.

“On one hand, it is a timeless residential village, with so much history and tradition. On the other hand, it is a hugely dynamic area to do business, right in the heart of London, with some of the best amenities the city has to offer. Mayfair is one of those areas that you can talk about abroad without even having to mention London – it is known in its own right.”

Based in Park Lane, Balashev has several favourite local haunts. “There’s no better way to start the day than breakfast at Claridge’s,” he says. “For lunch, it would have to be Petrocchi Café on Albemarle Street – it’s a lovely family-owned joint. For dinner, it would be Amazonico with my wife; I’m passionate about South American culture (when I was younger I had considered moving to Colombia).

“Other highlights of Mayfair for me include the Maddox Gallery and Mews of Mayfair.” 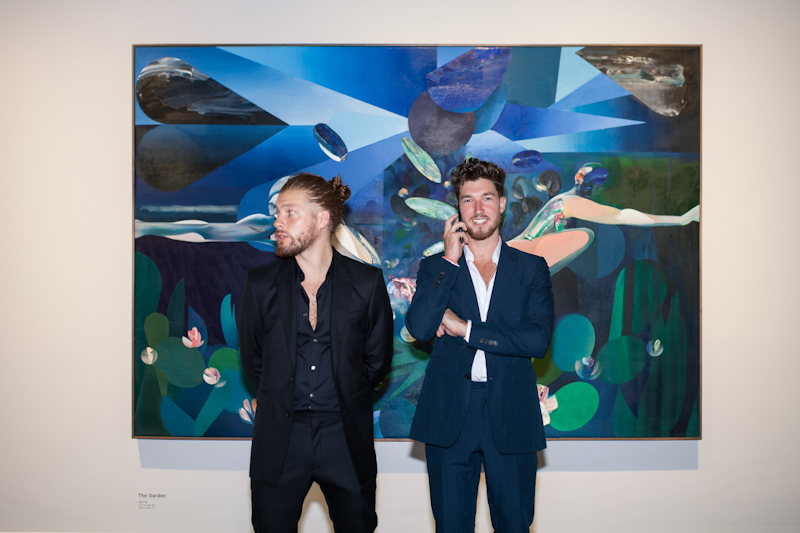 The two artists were still in their early 20s when they set up Unit London, which began life as a pop-up gallery and exhibition in Chiswick in 2013. Using their youthful approach to social media to their advantage – something many other galleries at the time were neglecting – the pair quickly gained a following and embraced their newfound role as art world disruptors.

Unit moved from Chiswick to Soho in 2015, and opened a satellite site in Covent Garden in March 2018. In June of that year, the gallery opened a 6,000 square foot space in Hanover Square, which is the brand’s flagship. Since launching, the Mayfair gallery has hosted significant group exhibitions including the 21st Century Women show featuring British women artists; and solo exhibitions from emerging and established contemporary artists including Jake Wood Evans, Ryan Hewett, Helen Beard and Zhuang Hong Yi; as well as events encouraging younger collectors and art aficionados to immerse themselves in the art world.

Kennedy and Burt have recently been named as one of Forbes’ 30 Under 30 entrepreneurs; and have been appointed chairmen of MTV RE:DEFINE, one of America’s most prominent philanthropic art auctions.

With the lowest rates guaranteed at some of the world’s best hotels, this members’-only luxury hotel club boasts 30,000 members. Set up in 2009 by former Goldman Sachs employee Rebecca Masri, its HQ is based in Marylebone with many key London hotel partners – including The Connaught, The Beaumont, Claridge’s and The Ritz – nearby. It has a young demographic – 85 per cent of members are aged between 35 and 45 – with additional benefits that include access to invitation-only and sold-out events for £250 a year.

Masri says the importance of technology and automated bookings, particularly for the millennial market, has been key. “What seemed to be the most important thing to our clients was value – value in the hotels guaranteeing the lowest rates and benefits, and also value in time – completing a booking in just four clicks,” she says.

“Getting into technology was a completely new area for me, but today most of our bookings are done through the app and our membership over the last couple of years – minus part of this year, of course – by 900 per cent, largely due to advanced technology.”

Read more about business and Mayfair.