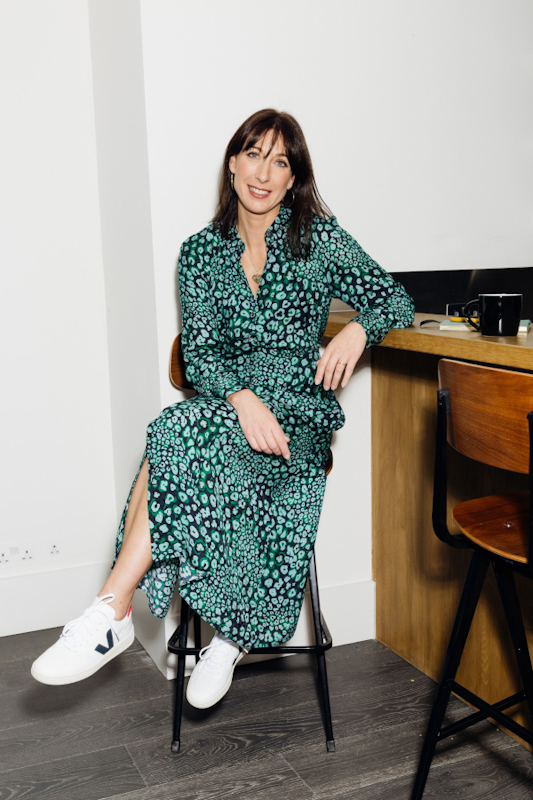 The Wild Other by Clover Stroud

“Beautifully written, funny, sometimes surprising and shocking and refreshingly open and honest about her experiences of growing up and motherhood. I was also brought up around horses in the same area of the country as her – Oxfordshire/Gloucestershire and because of the death of my son Ivan, I could really relate to the terrible grief she lived though after her mother’s accident, and then coping with her mother’s disability and eventual death.”

The Tipping Point by Malcolm Gladwell

“I’ve just finished reading Malcolm Gladwell’s The Tipping Point which explores the myriad of mysterious sociological changes that mark life. Using weird and wonderful case studies, such as teenage smoking, crime in NYC, Airwalk trainers and news anchormen, he explains the concept of the ‘tipping point’ – the moment when ideas, trends and social behaviour cross a threshold and spread like wildfire. I’ve always loved Gladwell as an author; his other writings, namely Blink, Outliers and Talking to Strangers have really conditioned the way I want to see the world. In my opinion, his ideas and insights are particularly important now more than ever as we find ourselves re-evaluating our own reality.”

“During lockdown I have been sorting through my books and took the opportunity to re-read this remarkable story. During the Second World War, Harrer was one of two German POWS who escaped from a concentration camp in India, and found sanctuary in the Forbidden City of Lhasa in Tibet. This was an exceptional achievement and Harrer overcame historical barriers of islolationism, and a distrust of foreigners, to eventually become an acquaintance of the Dalai Llama. Harrer left just before the Chinese invaded Tibet and began destroying temples, but he and the now exiled Dalai Llama, remain friends. It is a remarkable story of a lost world and culture.”

An Elephant in My Kitchen: What the Herd Taught Me about Love, Courage and Survival by Francoise Malby-Anthony

“The book tells a magical story of an amazing couple called Lawrence and Francoise who live in South Africa where they take care of orphaned elephants and rhinos that have gone through the most traumatic events. It truly blew me away. I learnt so much reading this book, from what great leadership is all about, to how much these incredible animals teach us and their desire to be our friends – this is definitely the world I want to live in.”

“The book is set in the turbulent times of the English Civil War. The King’s General is Sir Richard Grenvile, a tough and uncaring soldier, who falls for a girl who is then crippled in a riding accident. It is a very moving and evocative tale of a time when families were often on different sides. Most of du Maurier’s books were written about Cornwall where she spent a lot of time, and although life wasn’t always easy, she writes about it in such an evocative way.”

“Since visiting St Petersburg, I have been fascinated by the story and portrait of this remarkable woman and formidable leader. She oversaw not only significant international and domestic diplomacy but was an avid art collector and championed women’s education. It is fascinating how she rose to her position and managed it in an age before suffragettes. Massie provides a masterful account of her rule.”