The timeless appeal of Taschen books, from royalty to the moon landings, have garnered a huge audience of US admirers. In June 2020, we meet the director of its Mayfair outpost. By Jonathan Whiley 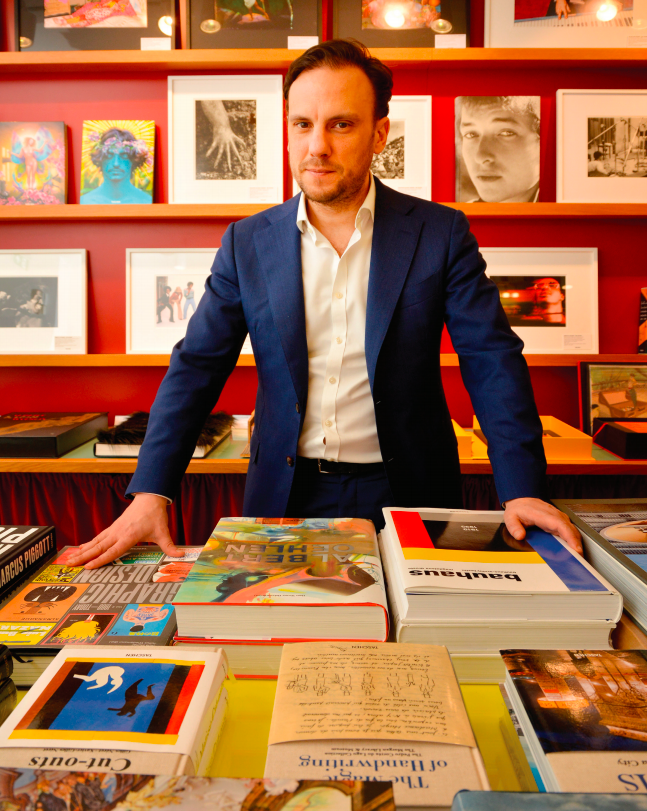 It’s the morning after the night before at Claridge’s. Last night the grand dame played host to the grand master as a starstudded guestlist gathered for the launch of a major David Bailey retrospective. A lifetime’s work bound for eternity by publishing powerhouse Taschen, the SUMO-sized book features more than 300 iconic portraits captured by the legendary photographer. To add a surreal footnote, several of those writ large across the pages – including Joanna Lumley and Bill Wyman – were spotted mingling in the French Salon and Drawing Room.

In Taschen’s Brook Street store in Mayfair – housed in the same building as the majestic hotel with direct access to the Art Deco lobby – the new Bailey book rests on a giant stand in the window as stars continue to strike a pose and spark a conversation.

“Look at that! You don’t get better than those two,” a postman says as he delivers the mail, referring to a Bailey snap of

John Lennon and Paul McCartney. “You think of the ‘60s and ‘70s and [Bailey] was the man. He probably still is.”

Gallery director Nolan Browne [pictured] jokes that he didn’t plan a promotional stooge. Such is the appeal of the brand’s beautiful books that no endorsements seem necessary; since 1980, its carefully curated, elegantly-crafted tomes carry a timeless quality that now reaches a global audience.

The Golden Age Of Travel, Green Architecture, The Star Wars Archives, G.O.A.T: A Tribute To Muhammad Ali, The Ultimate Sneaker Book –Taschen’s collection is eclectic and exciting in equal measure.

“It’s a brand that has remarkable appeal,” agrees Nolan. “Our books are extraordinary and they cover so many different topics.”

Its Mayfair outpost toasts its two-year anniversary this month and Nolan had his part to play, suggesting to its founder Benedikt Taschen that the luxury arm of the business suited the neighbourhood.

“It felt like it was a natural fit to be in Mayfair and I wanted to be within this eco system of art galleries,” he says.

Moments of stardust, of regal razzmatazz, have followed. In 2019, on the eve of an event to mark the publication of a limited edition book on Ferrari to mark its 70th anniversary – Art Edition copies came with a stand designed to replicate a Ferrari engine – a client called Nolan.

Except, remarkably, you can. A couple of years ago, a month after the store opened, two Range Rovers arrived at the gallery. The Queen was heading for lunch in The Ballroom at Claridge’s. “We have a wonderful book called Her Majesty; these fabulous portraits of her, and while she was having lunch I wrote a little note. It said: ‘Your Majesty, this is one of our favourite books and a bestseller. I hope you enjoyed it’.

“I knocked on the window of the Queen’s car and the driver accepted it to pass on. A week later I received a thank you letter that was really heartfelt. It was from the Queen’s first secretary and it said how thrilled she was to receive the book and she took it straight to her private apartment. I have it framed in my bathroom.” 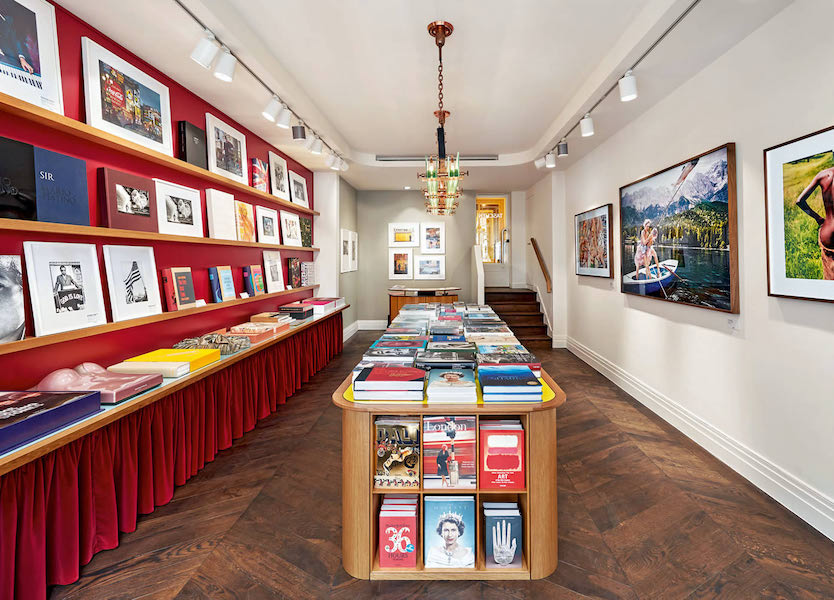 While it may struggle to eclipse correspondence with the Queen, the sale of Norman Mailer’s MoonFire for a cool £145,000 was a real highlight for Nolan.

Each copy is encased in a space-age piece of furniture designed by Marc Newson. “If you imagine the legs of the Apollo spacecraft that landed on the moon and the top of it where the book sits is the exact topography of part of the moon,” says Nolan. “It comes with a circular pod with a piece of moon rock, which is a piece of comet that fell into the desert.” Only 12 ‘Luna Rock Editions’ have been made – one for every astronaut who has landed on the moon – and three now remain.

Nolan began his working life as a photographer’s agent at Getty, before curating pop-up exhibitions across London following the Lehman Brothers crash. Born in Thailand, he spent time in Somalia before moving to New York in 1988, aged eight, after his father was posted there for the UN.

“Although I’ve had no formal art training, I grew up in the ‘90s in New York and my mother had a small but very successful art fair.” His mother founded the Fifth Avenue Art and Antiques Fair, a biannual event that ran for 10 years in the ballroom of the Ukrainian Institute of America.

America remains Taschen’s biggest market – founder Benedikt lives in LA where there are now two stores – and New York remains a key audience. “New York and London share the title of being the centres of the art market and our books are really well received in both,” says Nolan. “New Yorkers live in a vibrant city and our books really appeal to them; it’s a huge market for us.”

While he always had an interest in art, clinching hefty deals for fabulous books was never part of the plan. A Facebook advert alerted Nolan to the vacancy of manager of the Taschen store in Chelsea, where he spent four years, before opening the Mayfair store. Deals have included an £87,000 sale for 50 David Hockney books to one collector, and a 274-book deal to a client who bought £9,000 worth to fill his library in Belgravia.

These are the ultimate coffee table books, spritzed with joie de vivre and characterised by incredible attention to detail.

“We actually remove some of the paintings featured in the books from museums or go to museums after hours to photograph them at huge costs,” says Nolan. “Sometimes it can create a delay, but we want to create a book where you can imagine standing in front of the painting.”