The Dust Became the Breath

Azeri artist Aidan Salakhova is bringing her signature marble sculptures to Gazelli Art House. We speak to curator Farah Piriye about the artist’s process and inspirations. Words by Ffion Dash

In the last ten years, Gazelli Art House has become a well-known fixture of Mayfair’s art scene, recognised for championing a broad range of international artists.

Now, for the next five weeks, the Dover Street gallery will host ‘The Dust Became the Breath’ – an exhibition of works by Moscow-born Azerbaijani-Russian artist Aidan Salakhova, which seeks to spark a debate about cultural and sexual identity, religion and spirituality, while referencing traditional symbols and imagery.

At the heart of the exhibition is a marble portrait triptych of three female heads. As curator Farah Piriye explains, the marble heads were placed in the back room of the gallery and backlit to create a small and intimate space, reflective of the quieter lives that many people have experienced throughout the pandemic.

Piriye suggests that there is an unintentional synergy between the exhibition’s title and the process the artist undertook to create the pieces: Salakhova’s studio is filled with the dust from meticulously carving each sculpture. 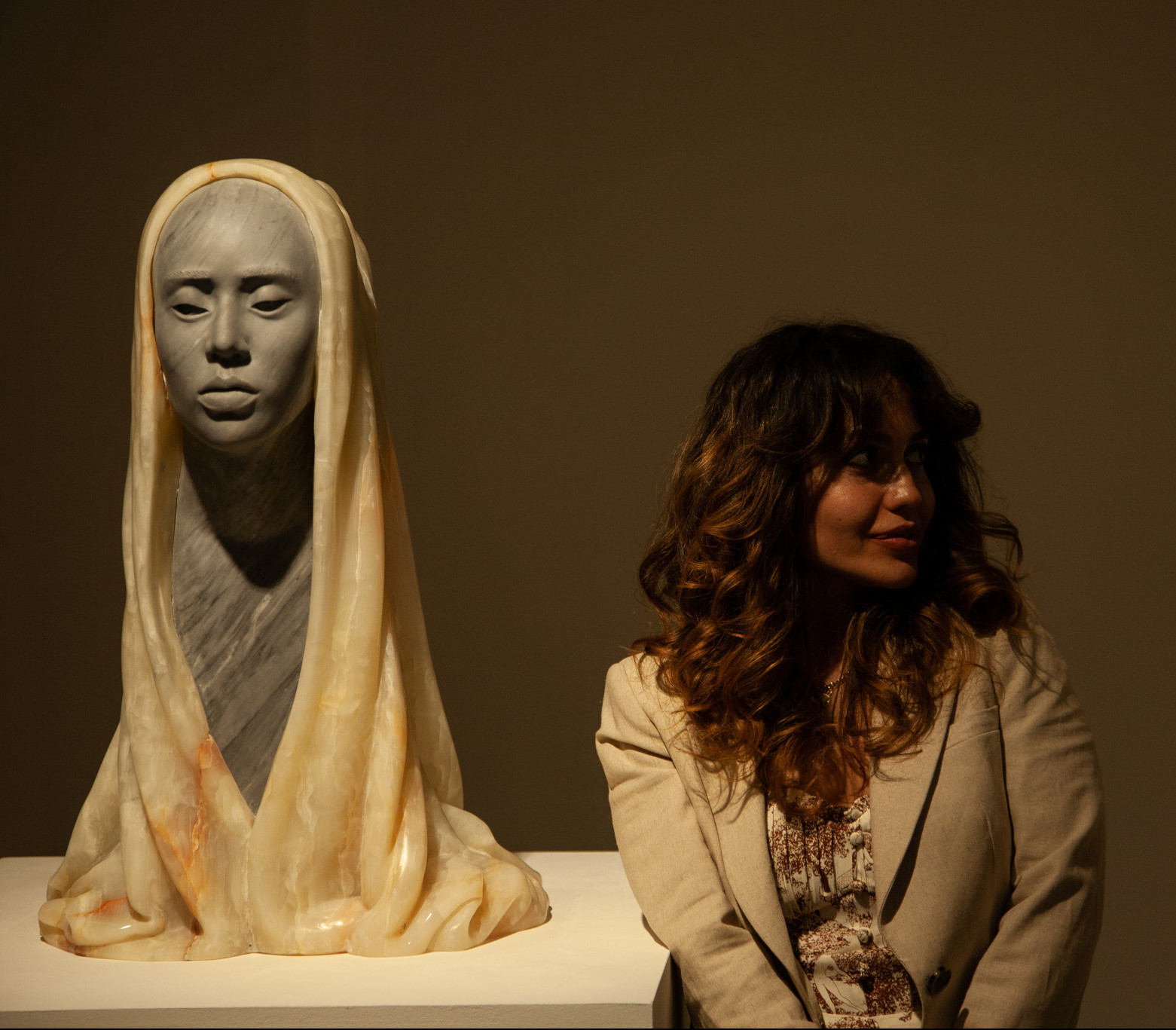 Many of Salakhova’s pieces display a fascination with veils – a potent symbol in both Islamic and Christian traditions, which also serve to draw attention to the male and female gaze and to the importance of women’s self-exploration.

The marble portraits in this exhibition are partially cloaked, smooth and soft – and yet the very the nature of the material they are made from makes them inviolable. According to Piriye, this was intentional, the contrast between material and subject matter representing a duality of the feminine identity.

The choice of marble as medium also means the heads, and four untitled book sculptures on display, respond interestingly to light – transposing their silver grey across the gallery kaleidoscopically, depending on the time of day. This transition, Piriye says, “highlights the cyclical nature of the moon and its connectedness to female identity.”

Although this is not the first time Aidan Salakhova’s work has been shown in London, Piriye believes that the artist is saying something important and current. “The marble portraits and the books have a direct connection to the conversations that have been happening about women, our rights and our voices.” 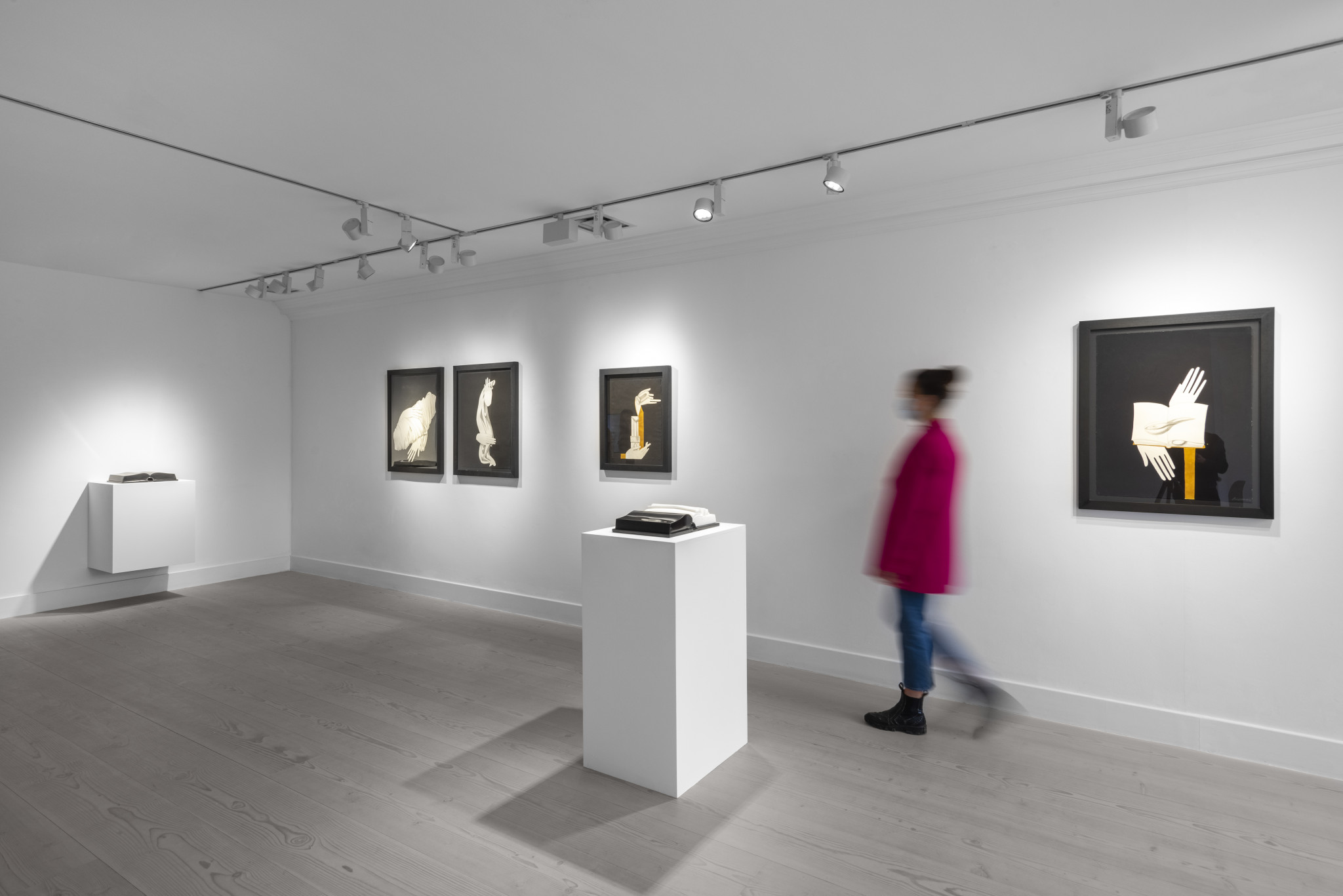 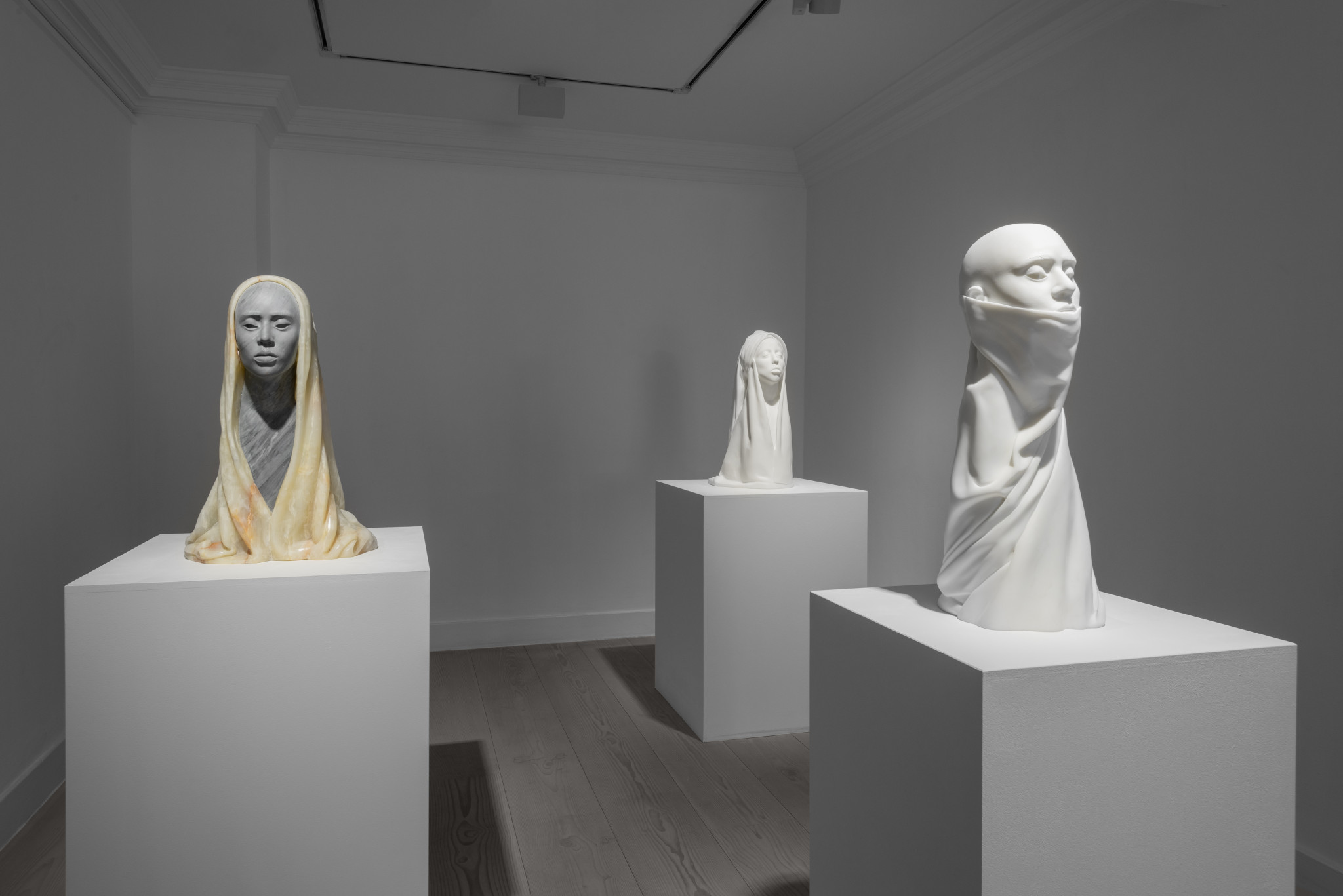