Become part of the drama at Immersive LDN’s hot new Doctor Who show, or soak up those Roaring Twenties vibes at The Great Gatsby returns 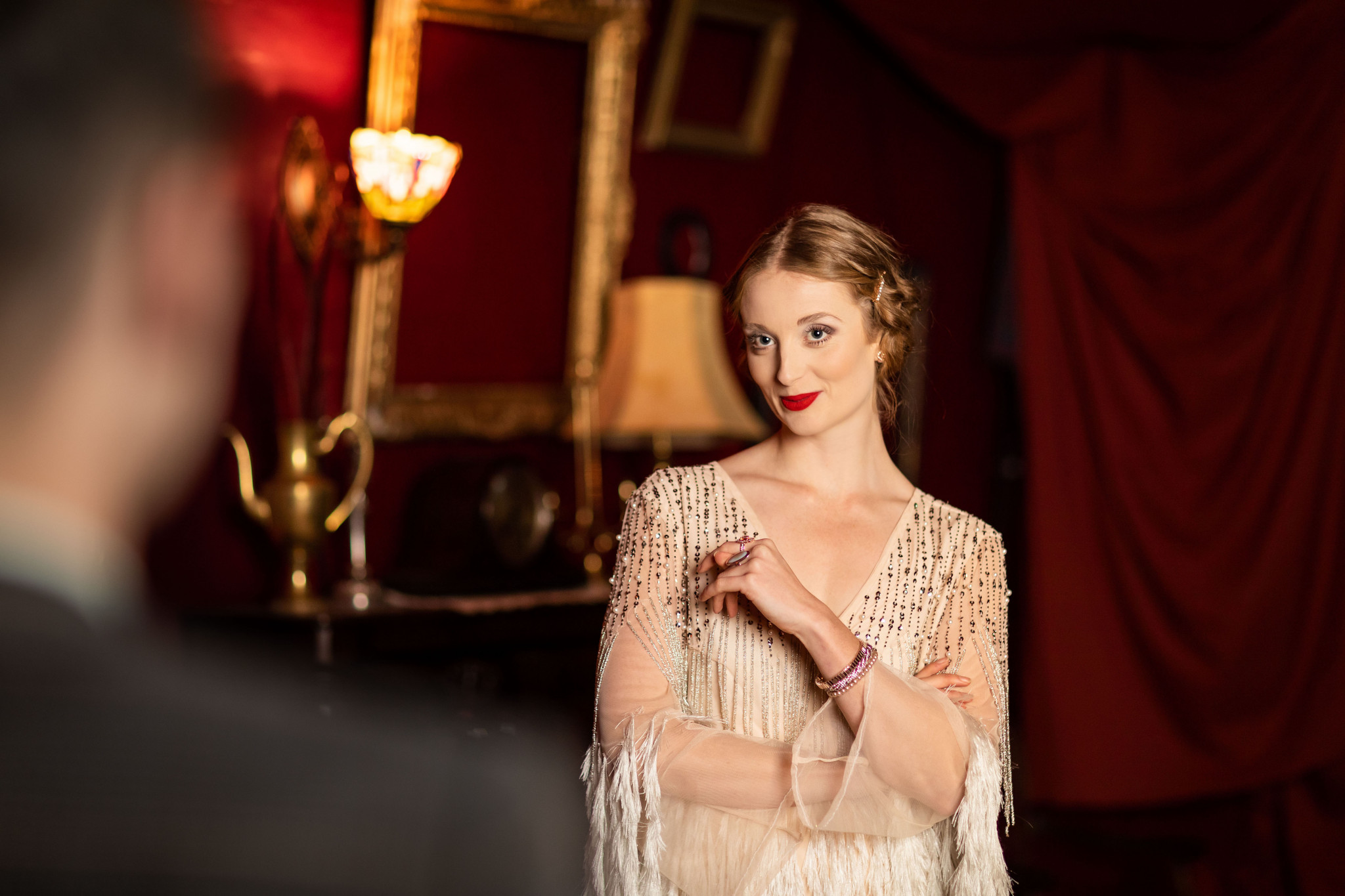 Jazz hands at the ready, old sport – the Roaring Twenties will be returning to Mayfair soon.

Immersive LDN’s Olivier award-winning show, The Great Gatsby – the country’s longest-running immersive production – will return this summer, having relocated to its permanent home in Davies Street in 2019.

This is no small-scale nod to F Scott Fitzgerald either; housed in a 32,000sq ft venue, it’s more on the Baz Luhrmann scale when it comes to production values. It’s also particularly fitting amid headlines of a second post-pandemic ‘Roaring Twenties’ as we shake the shackles of lockdown and dust off our blue suede shoes.

All in good time, though. Before our invitation to Jay Gatsby’s party for the ages, Immersive LDN have unveiled a new, multi-million pound show in their seemingly indiscriminate building which spans much of Davies Mews.

Doctor Who: Time Fracture, which will open on May 26 in collaboration with BBC Studios, features an original story arc which will see audiences immersive themselves in the cult sci-fi world. Directed by Tom Maller (whose previous credits include Secret Cinema’s James Bond-themed Casino Royale show), it’s a chance to meet Daleks, Cybermen, Time Lords and Weeping which promises to be “Gatsby times 10.”

Having taken a preview tour of the site and without giving away any spoilers, it is mighty impressive. The premise of the story dates back to 1940; the height of the Blitz when a weapon of unknown origin destroys a small corner of Mayfair, simultaneously opening up a rift in space and time.

“The amazing thing about Dr Who is that you have 60 years’ worth of ideas and content,” says Brian Hook, Immersive LDN’s artistic director. “We want the audience to be part of a time-travelling journey and we feel like the best way to do that is to give them a direct journey, so the show is set in the modern-day and there is a very special reason that you are here. 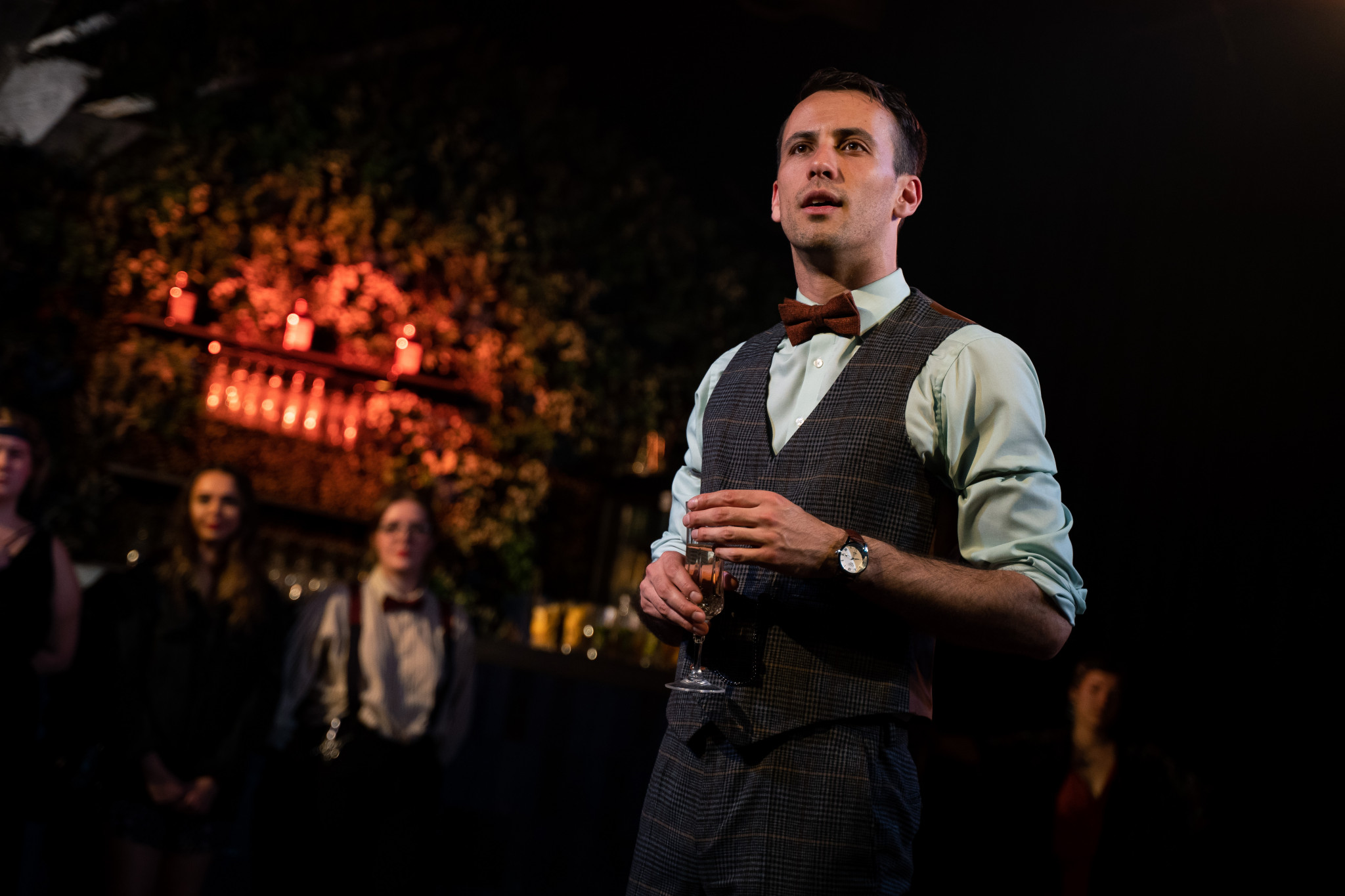 The sprawling space took six months to construct for the show and features some 2,426 lights. There are 42 actors involved– they each have between two and five costumes each – and there are Dr Who props aplenty that have been transported from the BBC’s prop store in Cardiff.

The Davies Street site was the 40th building that the Immersive team saw, having searched all over London. “You are looking for somewhere that is really easily accessible, where you can be part of the community and where it’s a logical thing to do after your day out,” says Brian. “This was a really special building, just off Bond Street tube and Oxford Street.”

Formerly home to the Queen Victoria’s Rifle Association until 2017, the history of the building itself also played its part in the new show. “It was a functioning military base until not long before we took it and had all the things we need; high ceilings, big rooms.

“The building has this beautiful bit of history that we have weaved into the show to try and pay homage to it and two massive parts were informed by it. Firstly, when we were walking round with the BBC in what was formerly a garage space – what we call the mess hall – there were parking bays for all the different sergeants. The BBC team said, ‘this is a unit army base, you should weave that in’ and now it’s the whole concept of our show, that you are coming into a military black site.”

“We want the audience to be part of a time-travelling journey and we feel like the best way to do that is to give them a direct journey, so the show is set in the modern-day and there is a very special reason that you are here. The task is to close the fracture and that takes you on a journey to 17 different worlds.”

The second nod dates back to 1943, during the Blitz, when the building was hit by a bomb. “It destroyed the back section of the building. Nobody was hurt, except a taxi driver who got a cut above his eyebrow. We have taken that moment and so that was an alien device, not a bomb, and the thing that caused the fracture, so we have tried to honour that bit of history as we are really proud to be here.”

Grosvenor has allowed them to dig a tunnel to join two of their buildings (the venue now spans 1-8 Davies Mews) – “they are a brilliant landlord and have been amazing” – and Brian also discovered that the River Tyburn runs through the basement of the building. “Rather than try and stop a river, we included that as part of the show, so we now have a ‘timestream’.”

He says the real surprise of arriving in Mayfair was discovering “a real community I wasn’t expecting.” “Dom [Dominic Jacobs], the landlord of The Running Horse pub next door is now a really good mate. The day we moved in, he ran a cable for us for the internet because it would have taken six weeks. The folks that run Stampa restaurant [in Davies St]; we are in there every other day when it’s open. Quite naively I came into Mayfair thinking that we would be the outsiders, but it’s the most beautiful community and our neighbours come and say hello and want to be part of what we do.” 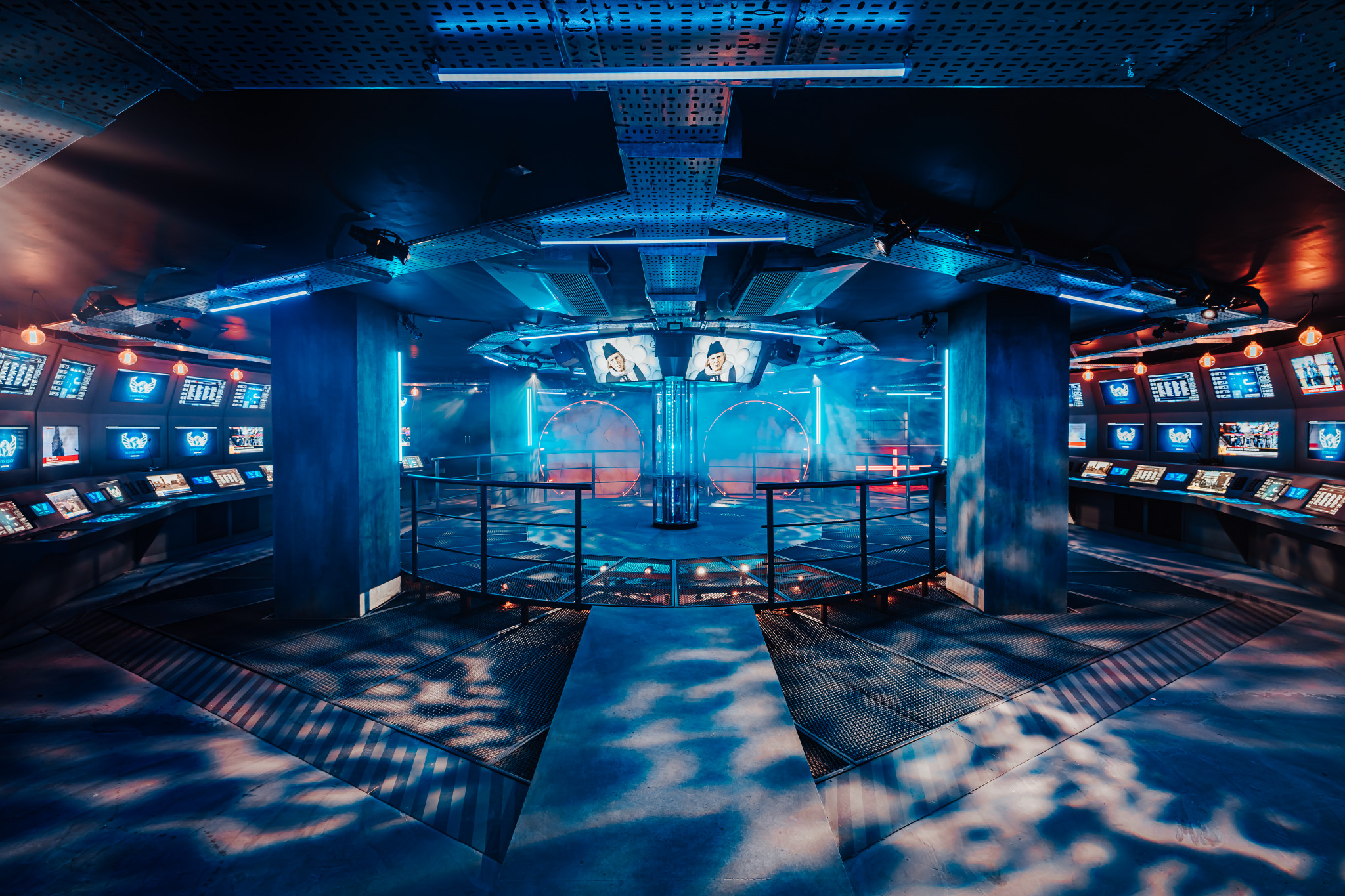 While the new show is a love letter to Dr Who – written for adults, but also family-friendly – Brian says for their audiences “whether Dr Who or Gatsby, they are looking for a thing to do, not a show to see.”

It’s been a meteoric rise; Immersive began with Gatsby in 2015, playing to an audience of seven in a pub in York. After a London transfer and sell-out runs, the search for a permanent home that would become the world’s first purpose-built immersive theatre began.

The gigantic venue has two performance spaces (in addition to event spaces available for private hire) and when restrictions ease further, Gatsby will return and run simultaneously with Dr Who.

Both shows will be done in a Covid-secure manner – Gatsby was one of the first shows to ask the entire audience to wear masks when the pandemic hit – so your jazz hands will be meticulously sanitised before entry. Brian is excited at the prospect of live theatre’s return.  “You have these leaps of faith,” he says. “And we want to be right at the front of the cultural sector coming back.”

From May 26, book at immersivedrwho.com