Is this London’s next mayor? 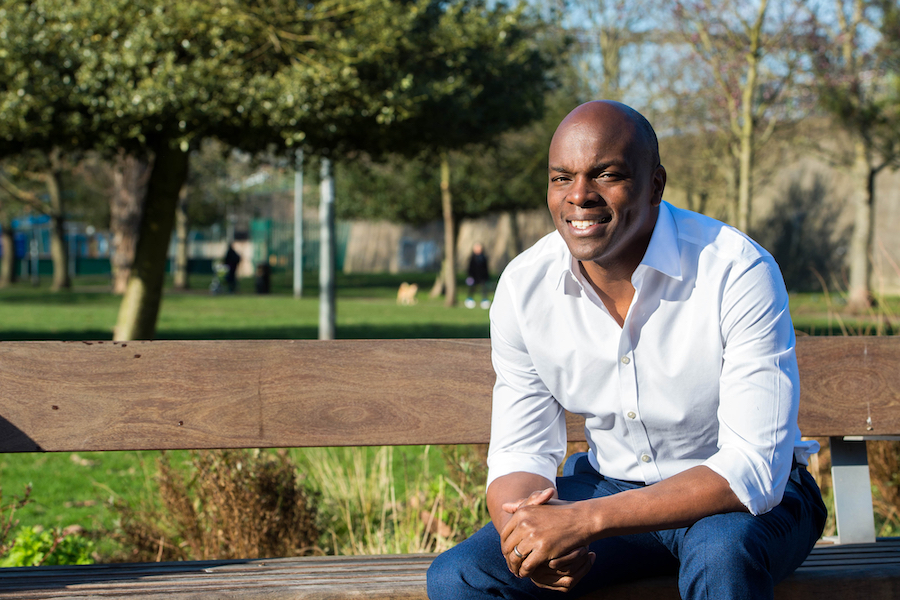 Shaun Bailey is the Tory candidate for the next London Mayor. A former youth worker and crime advisor to David Cameron, he wants to make London safer and get the capital fired up again

It can’t be easy being a Conservative politician in these times. The driving force behind Brexit, the controversial handling of the Coronavirus crisis and a perception of being out of step with London’s youth population have made the idea of a Mayoral candidate with the ability to reach a younger audience seem unlikely.

However, the Tory party candidate for the next London mayoral election (scheduled for 2020 but postponed until 2021) hopes to change that.

Shaun Bailey is a former youth worker who has been a member of the London Assembly since 2016. Over his career, he has founded a youth charity, MyGeneration (now closed due to financial problems); attempted to run for candidacy for Kensington, Croydon South and others; and later finished second in his contested seat of Lewisham West and Penge at the 2017 general election. He then worked as a researcher for the Centre for Policy Studies, followed by a stint as a youth and crime advisor to David Cameron.

Bailey was selected as the Conservative candidate for the upcoming London mayoral election in 2018. The 49-year old North Kensington-born Bailey has been praised by some as an example of the party’s ‘modernisation’, and criticised by others for controversial statements made early on in his career, his support for more police stop and search powers and views on abortion.

If he were to be elected, Bailey states that his vision for London is three-fold. “One is public safety,” he says. “London has to be a safe place to exist. Everything else we want to do is based on the fact that we feel safe. London has a massive visitor economy; our record is 30 million visitors a year. The reason we have that many visitors is that people feel safe when they come here, so we have to maintain that.

“The second thing would be the environment, in the broadest sense.” Bailey says that includes considering what the built environment looks like when providing new houses, and balancing the need for quiet neighbourhoods with flourishing businesses – as well as “whether our air is clean, if there is space for children to play”. He tells me: “We often talk about the environment through air quality, but I don’t know if people realise that the second biggest air polluter is actually boilers – old fashioned boilers.

“There’s a lot of virtue signalling through politics, but what policies and what group of things do you change to get that effect? That’s why I tell you about boilers.”

His campaign’s third theme focuses on making it easier for Londoners to make their ideas become a reality, by having a “much more entrepreneurial take on what it is to live in London”. He says: “We need to make sure we have a London where you can do a deal – whatever that deal is. A house deal, setting up a grocery, starting up an internet company, starting a new school… we must have a city that solves problems to get things done.” 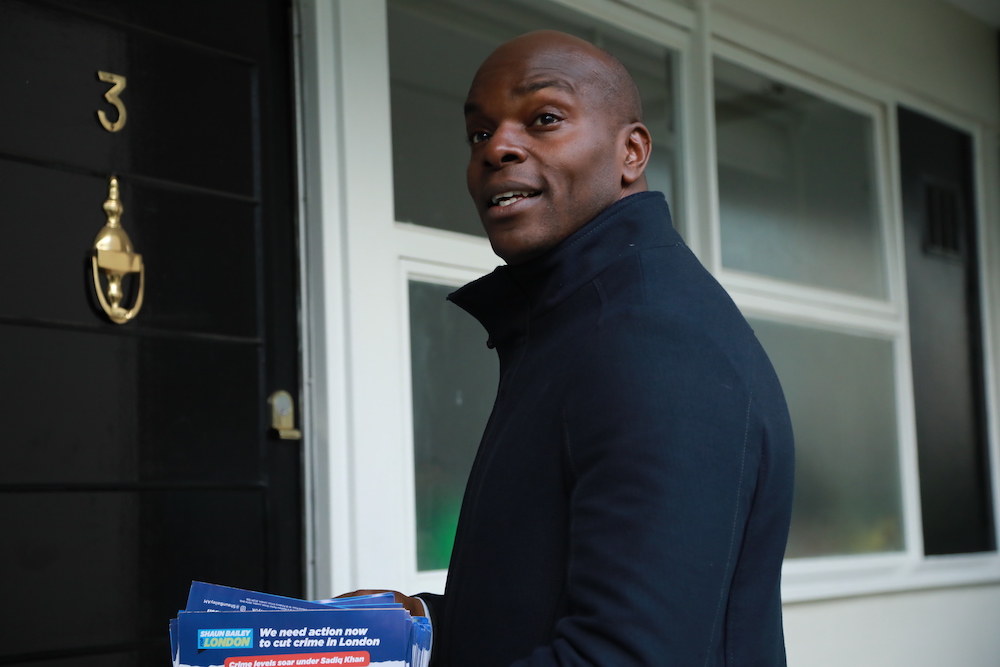 He says he hopes to tackle problems of overcrowding and lack of affordable housing. “I’ll be looking to do practical things to make London more liveable, to make sure our built environment suits young people – so a young person can definitely say they can afford to live somewhere in London – or even be able to buy somewhere in London.”

His focus on and experience with young people is certainly a feather in Bailey’s cap. He believes that his work with disadvantaged youth communities has given him insight into how to tackle violence and other crime in the capital. “I’m desperate to make sure that young people have opportunity and choices. It’s about making sure they don’t do things that remove those choices and don’t get involved in crime – that they make strong decisions that pay for their future. That means getting involved in their education; for example, I set up and ran an education project with graduates from Oxford, which is really mind-expanding for the young people in our area to see what’s possible through education. I’ve also set up job clubs to make sure that slightly older young people can get a second chance in life. If they don’t get a second chance, then they can get sucked into crime and we all suffer.”

Bailey says that he wants to build a “culture that fights crime”, as opposed to one that “drives crime”. “We need a record amount of police with the right equipment and the right training to deliver the job; we also need a record amount of support for young people – for instance, a second chance fund, Mayoral schools, youth zones that I want to build – and everything in between. You have to have all those interventions to affect crime.”

Tied into this is the need for attainable and affordable housing for young people, as well as a focus on wealth generation. “If you say ‘affordable housing’ to young people, you’re lucky if they don’t lynch you. They just don’t believe it. I want to form a City Hall-backed central developer that will enter into joint ventures with councils, housing associations and private developers to deliver housing for London,” Bailey says.

“People with a future are much less likely to get involved in crime. It’s about building resilience and that usually comes from the fact people believe they can have a future.

“I’m interested in wealth generation – and although people often tell me off, saying it’s a ‘typical Tory thing, making the rich people richer’ – I actually believe that these rich companies provide employment and steady incomes for communities that can then have independent lives. Communities with independent lives are far more resilient to being drawn into crime than dependent communities.” 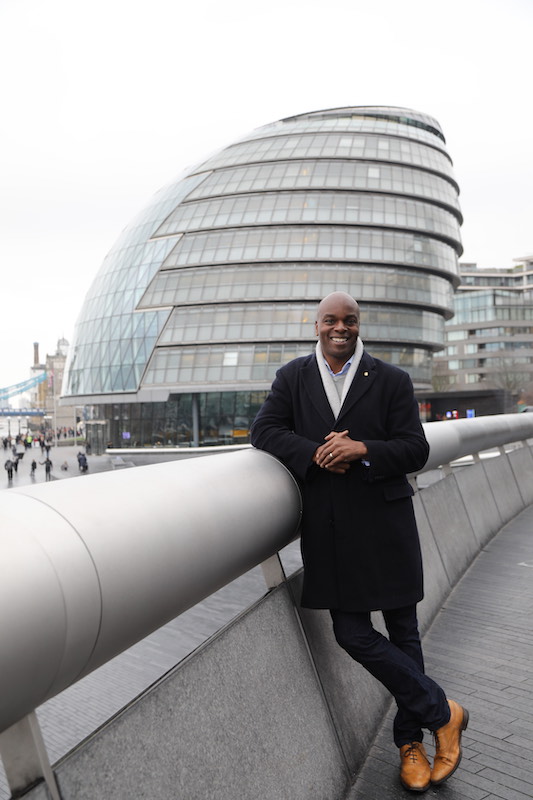 Bailey says his approach of providing safety, housing and jobs for Londoners is what will resonate with younger voters. “My way of reaching out to young people will be to actually deliver for them.”

Transport is an issue Bailey believes is particularly pertinent to Londoners, specifically the youth. “Our current Mayor utterly destroyed the finances of TfL; it was the Conservative government that swooped in on two occasions and by October, three occasions, to save that. It’s the government that bailed out Sadiq Khan for TfL. That’s relevant, because young people need to travel around, chasing jobs.”

The Mayoral candidate says that part of his plan is to finish the Crossrail project, something he states should have been completed long before now. “Crossrail isn’t a week late or six months late – it’s a whole Mayoral term late. Four years. I’ll make it a priority. I will tell the commissioner: ‘this is probably the biggest thing you’ll be judged on’.

“I will support TfL by giving them clear leadership. I will be on TfL’s side when they’re in the right, and I’ll be critical when they’re in the wrong. It has lacked clear direction. I will force them to give a clear route map of how they’re going to get there – and that’s important, because they can stick to it, the public can see what’s coming down the line, and we can critique it if they’re not making it happen in a way that they said it would.”

And how does he intend to support businesses in the West End amid the Covid-19 landscape? “I really sympathise with businesses in the West End,” he says. “Between the pandemic and Sadiq Khan’s congestion charge hike, they’ve had a difficult time. So the first thing I’d do right now is reverse the congestion charge hike. Because straight away, that’s a cut in the cost of doing business.

“Next, I’d start a big campaign to get people back into central London and workers back into offices. I’d use the powers of the Mayor’s office to bring businesses and the public sector together, planning our messaging and coming up with incentives for getting people back into London. Just like the Chancellor did for Eat Out to Help Out.

He also hope to help businesses become more innovative and “supporting them in that – whether that’s changing planning rules so they can get access to greater space so they can get tables and chairs out on the street, or finding new ways for theatres and cinemas – businesses that need footfall – to attract people, like lower cost advertising on the TfL network.

Bailey says that it is all about giving London residents and commuters – as well as international visitors – the confidence that London is a safe place to visit.

“I’m very clear that we need to get people back into the middle of London,” he says.

“I’ve been hot on TfL about capacity and safety. We have to give people the confidence to come into London and get TfL operating a full service again so London can get moving.

“We are a visitor economy and many of our businesses need not only domestic visitors but also international ones. That means supporting those people to get here. It’s very important to send a message that we are a safe place to come, an entertaining place to come, and a place that is welcoming to all.”

“London is the engine of the UK’s economy. It’s time to get that engine fired up again.”