With a career stretching over half a century, photographer Gered Mankowitz has captured some of the world’s most influential musicians. Ahead of his upcoming collaboration with artist Christian Furr, 45RPM at 45 Park Lane, Mayfair, we talk about The Rolling Stones, St James’s and updating his work for a new era

You have photographed some of the world’s most enduring musicians – including Jimi Hendrix, Paul McCartney, The Rolling Stones and countless others. How did you become immersed in the rock and roll scene of the 1960s and 1970s?

I began my career assuming that I would be a theatrical photographer, photographing West End shows and actors; but very early on – around 1963 – I found myself working with two young actors called Chad & Jeremy, who also sang as a duo in a coffee bar in Mayfair, just around the corner from my studio in Mason’s Yard. They asked me to photograph them at the coffee bar and soon afterwards, they were signed to a small independent record label called Ember Records – with the great John Barry as their A&R man. The company used my shots of the guys for their first album cover and gave me several other artists to work with, including the great jazz singer Annie Ross. Suddenly I was in the music business!

It seemed like a perfect place for me at that moment – it was part of showbiz and full of young people, and it was an industry that was looking for groundbreaking images of their new artists to appeal for a new emerging market of teenage fans. Through Chad & Jeremy, I met Marianne Faithfull – socially – and I asked her if she would like to be photographed. Fortunately she said she would. Marianne was managed by Andrew Loog Oldham and before long my portraits of Marianne came to his attention. That’s when he asked me to work with his other band – The Rolling Stones! 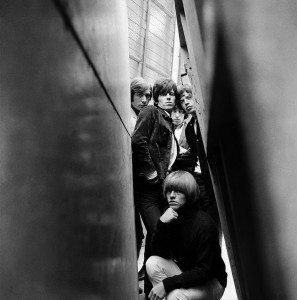 Access was never really an issue for me, because most of my clients came to my studio – thereby making a commitment to working with me. I avoided situations where I had to try and grab a snap in a few moments backstage with subjects who weren’t interested!

Your first studio was in Mason’s Yard, St James’s. Were St James’s, Mayfair and the West End the place to be during those years? Did being in that area, next to the infamous Scotch of St James, put you in frequent contact with the musicians of the day?

The West End was an important location if you wanted to be taken seriously – London felt smaller then and most of my clients were within 15 minutes’ walk of the studio. My father and his sister had a business in Piccadilly Arcade selling Wedgwood, so we knew the area extremely well. Dad and I stumbled upon 9 Mason’s Yard one day and thought it might work as a base for me.
The Scotch wasn’t there when we opened in 1963, but it came along soon after – as did the infamous Indica Gallery, where John Lennon met Yoko Ono. It certainly became a Swinging London focal point and was seen as a very cool place to be.

You later moved towards advertising – was this a natural progression from music?

Actually my move into advertising was purely commercial, because music photography was burning me out and not producing much money – although I loved it and never stopped working with musicians whenever the opportunity came up. But I actually loved advertising photography and particularly enjoyed the technical challenges of bringing other people’s ideas to life. It was very rewarding in many ways. I had a wonderful team of people around me and we didn’t really stop laughing for the next couple of decades!

Did you think when you were initially building your portfolio, that over 50 years later you would still be exhibiting and there would be such an interest in your archive?

I actually had my first exhibition at The Photographers Gallery in 1982 and published my first books around that time as well – the 1980s was a very busy time – and interest in the archive began then, but didn’t actually evolve much until my next show, which was in 1992 in Soho. It was a huge success and I sold a lot of prints for the first time. I realised that interest in my work, music and the 1960s in general was growing.

As we struggled through the economic downturn of the 90s, it became increasingly clear that my future lay in my past and I focused more on my archive, allowing the commercial side of my photography to naturally decline. But back in the mid-60s, I never imagined for one second that there would be any interest in my work 50 years later; although I kept everything, so perhaps I had an inkling… 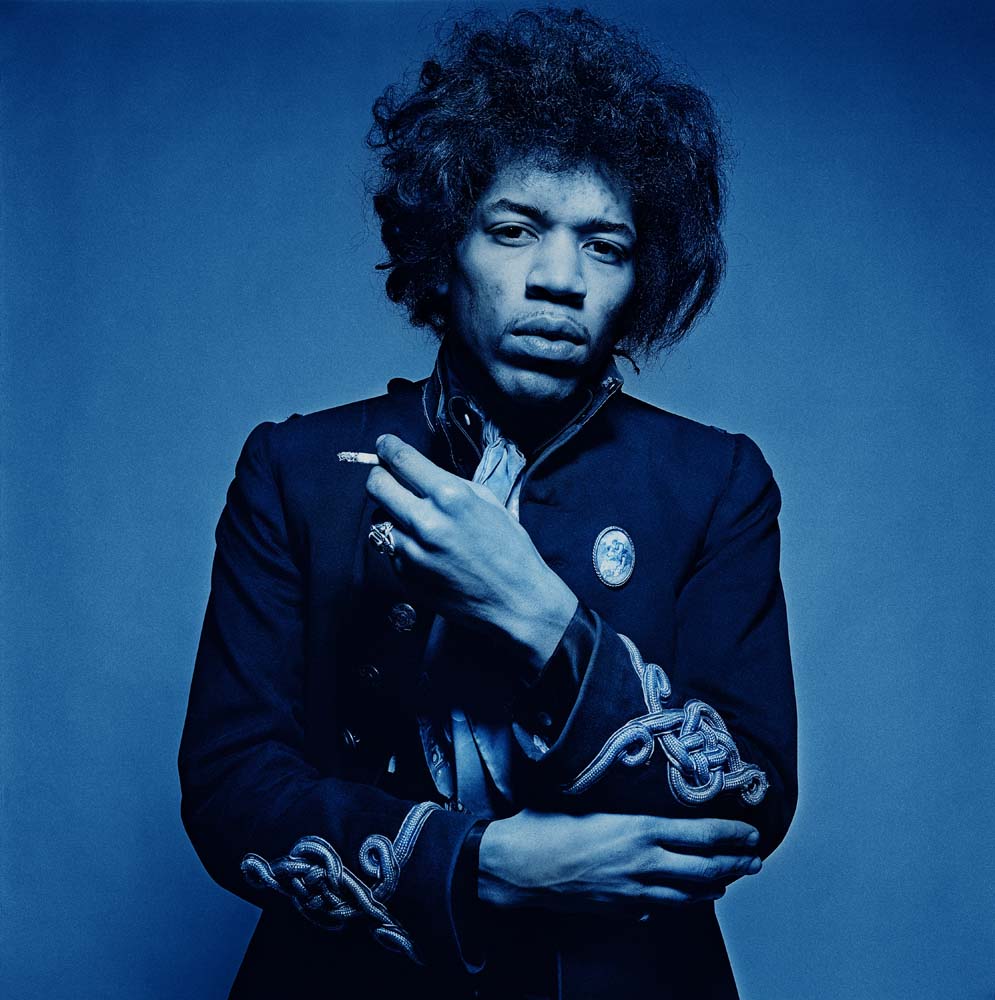 Why was this a good time to collaborate with Christian Furr on this exhibition at 45 Park Lane? What does his style bring to the photographs?
Although Christian and I had been friends for about 12 years – we had done a portrait swap back then – the idea of working together really came through meeting the late Roy Ackerman and his daughter Lily Ackerman of Ackerman Studios, who introduced us both to the team at Dorchester Collection’s 45 Park Lane. That’s when the idea of a collaboration began.

Through Ackerman Studios, Christian has been associated with 45 Park Lane since it opened. He was one of the original artists displayed in the hotel. It’s a real pleasure to be exhibiting in such an iconic building with such an esteemed art programme, just a stone’s throw from where it all began!

I loved Christian’s way of working, his spontaneous brushwork and his openness to experiment. For years, I had been reinventing my images using different digital techniques and printing on various different substrates, so the idea of merging our two skill sets seemed quite natural and we found the actual process of working together pretty easy. It was fun, exhilarating and, for me, quite stressful at moments. I don’t mind telling you that I had several sleepless nights worrying about different aspects. However, the end results are a great success for us both and it is a true collaboration; you really cannot see where my work ends and Christian’s magic begins!